Earlier this month, the first rev of the NVM Express (or NVMe) standard was published. The idea is to establish a uniform register and command set for solid-state memories that use PCIe. It’s an abstracted interface, and doesn’t get into such details as wear-leveling; it works at the read/write/erase level, and the memory subsystem itself takes care of implementing low-level algorithms in the appropriate manner.

The architecture defines pairs of transactions – submissions and completions – that are managed on queues configured as circular buffers. There can be multiple submission and … END_OF_DOCUMENT_TOKEN_TO_BE_REPLACED

On Monday we talked about the Seattle-area FIRST robotics team from Liberty High School in the Issaquah district. We now have some video of their robot in action. You can see it both delivering and retrieving basketballs, and at the end, they attempt to balance on the ramp. Will they make it?

Bear in mind, this was a rookie team. They also shared with me (in the spirit … END_OF_DOCUMENT_TOKEN_TO_BE_REPLACED

Eight months ago, Atheros (now part of Qualcomm) released a WiFi offload chip, their AR4100. It’s part of a push to enable internet-of-things applications with good-to-go 802.11b/g/n connectivity; it includes everything except the antenna. (And NVM, which is cheaper to implement with a second chip.)

They just announced some upgrades to that product, but they’ve also launched a new chip, the 4100P, which adds full networking offload. The 4100P has UDP and IPv4/v6 stacks, freeing up 60-100K of microcontroller NVM since the microcontroller no longer has to worry about … END_OF_DOCUMENT_TOKEN_TO_BE_REPLACED

Not Your Grandpa’s UPS

Maybe I haven’t been paying attention, but, when you talk to me about an uninterruptible power supply (UPS), I think big, bulky, and expensive. But great to have in earthquake country if you need your equipment either to stay alive or at least go down gracefully.

So it got my attention when I saw a 4×5-mm UPS for 50¢. It was recently announced by Cymbet, and it’s intended to keep microchips active if the power goes away. They claim the ability to keep things alive for hours or even weeks – obviously depending … END_OF_DOCUMENT_TOKEN_TO_BE_REPLACED

Chips that have reached, or are approaching, their end of life have been a perennial problem for systems makers for years. And the solutions have varied over time, with lifetime buys or the selling of the chip design to another company specializing in keeping older technology alive for longer than the original maker is interested in.

I remember seeing an email years ago from a Japanese customer that had decided they needed more of a long-obsolete chip. Their simple request was, “Can you please open up that fab again and make us some more? Kthanxbai.” … END_OF_DOCUMENT_TOKEN_TO_BE_REPLACED

With Android adoption continuing at a quick pace, there are more and more platforms available for users to choose from. But they don’t all perform equally. So how can developers (or even users) get a good sense of how the base system works?

You might think of just taking a particular app and trying it on different machines to compare. But the performance of a given app on a given system is highly dependent on the compiler optimizations used, so relying on that might amount to comparing the software builds more than the actual systems.</ … END_OF_DOCUMENT_TOKEN_TO_BE_REPLACED

EE Journal is rolling out the most fantastic contest EVER! Yes, if I do say so myself…because this year, we are unveiling the super ultra fantastic Contest “FIND AMELIA AT ESC/DESIGN WEST 2012.” The first person who finds me and mentions a MAX V CPLD Development Kit will win a kit of their very own. 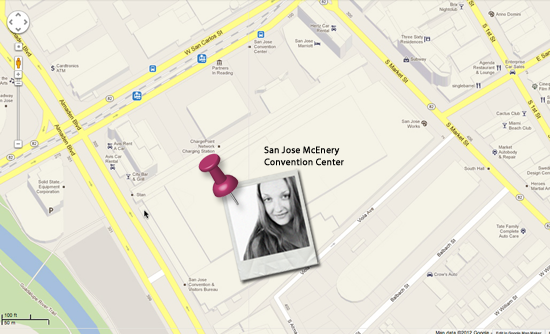 Here’s the deal:  I will be trolling the expo show floor at ESC/Design West this year. The first person who finds me … END_OF_DOCUMENT_TOKEN_TO_BE_REPLACED

Late last year, LDRA and The Mathworks announced that LDRA’s requirements tracing was being integrated into Simulink. Tracing software artifacts from requirements through to implementation is important for certification of safety-critical designs.

This integration was recently extended to include reuse of the testing done at the modeling level. This means that the tests used to prove out the early model can be reused later on during the software implementation phase, and those … END_OF_DOCUMENT_TOKEN_TO_BE_REPLACED

Shouting in the Wind

I had a quick conversation with Sibridge’s CEO Rajesh Shah at DVcon. This was right after Synopsys had made their Discovery VIP announcement. Which was good and bad for Sibridge. The good was that it gave a point of reference. The bad is clear in how he was able to position what they do: “We basically have Discovery VIP, only three years earlier.”

It’s like being at a party and telling a great joke, only to have some other noise drown it … END_OF_DOCUMENT_TOKEN_TO_BE_REPLACED

RFID tags are everywhere, but they’re rather primitive as high-tech devices go. They’re programmed to do one thing: repeat a message over and over, like so many seagulls chanting, “Mine. Mine. Mine.” And, like a flock of seagulls, if you get a bunch of them going, then it’s hard to tell what any one of them is saying.

This can limit usage of RFID tags in situations where there are a lot of them very close together – say, in the back of a delivery truck. If you want … END_OF_DOCUMENT_TOKEN_TO_BE_REPLACED

You Can’t Reinvent the Wheel (Or Can You?)
Watching this video caused me to wander off into the weeds looking at a weird and wonderful collection of wheeled implementations....
More from Max's Cool Beans...
Subscribe to EE Journal Daily