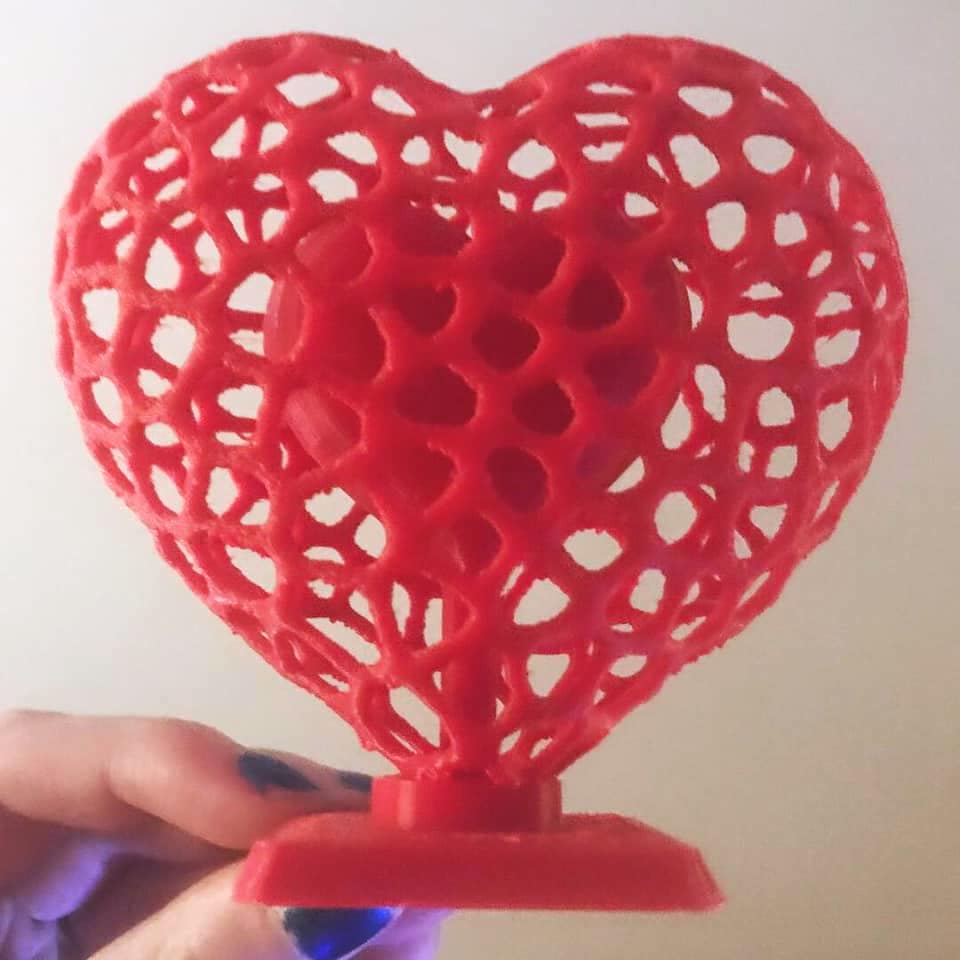 What We Lose If We Lose Maker Faire

This week, we found out that Maker Media, the company responsible for Make: Magazine and Maker Faire, ceased operations and laid off all of its employees.

Kevin Morris has already written for EE Journal about the tragedy this represents for the engineering world. While his piece points out that the maker movement is much larger than Maker Media and will last beyond it, the potential loss of Maker Faire is devastating.

As EE Journal’s favorite sandal-making hacker, Becky Button, recently wrote on twitter: “the end of maker faire is by no means the end of making. but for some of us, it limits who we can connect with.”

the end of maker faire is by no means the end of making. but for some of us, it limits who we can connect with. there are a ton of people that I met because of maker faire, who all had a very profound impact on my life (some of them legit read my college apps)

And connection is really at the heart of Maker Faire. EE Journal has covered World Maker Faire in New York for five straight years. With each visit to the Faire, we experienced that sense of connection and community. We met hobbyists, problem solvers, and engineers and got to see and be inspired by projects we otherwise would have had no reason to know existed. That exposure and those connections helped continue to build the movement, to make new makers and spark ideas for new projects.

That inspiration and encouragement that Maker Faire provided (and maybe, if we are lucky, will someday continue to provide) was real. Since EE Journal focuses on professional engineering, our previous articles about Maker Faire (and the potential loss of it) have concentrated on what the energy and creativity of Maker Faire mean for current and future engineers. We’ve interviewed students who were studying electrical engineering or planning careers in the field. We’ve discussed how young makers represent the future of the profession, the new pipeline of talent and enthusiasm that will feed and guide our industry in the long term.

I’m also talking about me.

I am not a professional engineer. I am not especially handy. Friends and family members who have received presents that I have clumsily gift-wrapped can attest to my lack of even the simplest of crafting skills (and perhaps serious issues with hand/eye coordination). When something breaks in my apartment, I call someone who knows how to fix things. I am not a natural maker. I’m not constantly looking for ways to create something myself from scratch.

But when I went with the EE Journal team to cover Maker Faire for the first time, I felt that maker energy. I saw the amazing projects that the attendees were creating. I saw unique, fascinating, cool, beautiful, funny, and amazing things that existed only because some hobbyist had a wild idea and decided to make it a reality by building it on the weekends. It wasn’t just that it felt inspiring. It also felt accessible. Every tent and table and project at Maker Faire seems to silently shout: “You can do this, too! Here, I’ll show you! You can make one like this! Or maybe even a better one…” (Some of these tables aren’t just shouting silently, either. The Learn to Solder tent and the Build Your Own Drone booth were both definitely broadcasting the message loud and clear.)

When that feeling of powerful inspiration meets that sense of accessibility, you can start to feel… hungry. You just want to make… something. Maybe you don’t even know what you want to make, but you just feel that creative drive. That’s what I felt going home from my first Maker Faire.

The other thing I felt while leaving my first Maker Faire was: I need to have my own 3D-printer. I can’t even fully articulate why I wanted a 3D-printer so darn badly, beyond the fact that they’re just so freaking cool. It is a desire that defies a complete explanation. But isn’t that often the way with love? I just WANTED one. My appetite for a 3D-printer of my own persisted and grew over the years as I watched them improve and saw the amazing new projects people were creating with them. I attended seminars on the use of 3D-printers in the medical field. I went to 3D-printed fashion shows. I researched and spec’d out my ideal printer.

And then, Christmas of 2018, I finally got a 3D-printer of my very own. And when I took it out of the box and assembled it… it didn’t work. The software I needed to run the printer wouldn’t initially open on my computer. Some of my parts had been jostled out of place during shipping and needed to be fixed. Instead of retracting and extruding the sample piece of filament easily from the nozzle, the printer “jammed,” and I had to use some pliers to pull a distorted and stubborn bit of plastic out of the idler. After watching a bunch of informative YouTube videos, reading some step-by-step blog articles, and spending time on the phone with some very helpful customer support technicians, I got the printer to work. Getting the printer to finally make the very first simple test project felt like an epic victory. I danced around my apartment. I texted photos to everyone I knew to share the good news.

After the first test print, it was time for the next print. Which meant taking a better look at my printer software and noticing there were dozens of controls and customizable fields in there to play with and I only knew what two of them actually did. And thus began the process: I’d search maker sites for new models and projects to make and try them on my printer. They’d either work or they’d make a complete mess on my print bed. If they didn’t work, I’d have to figure out why: more googling, more blog posts, more YouTube videos. And each time I hit a wall where I had no idea how to fix a problem, or make the thing I wanted to make, or heard a strange grinding sound and thought: “Crap, did I just break my new printer?” — my mind went to Maker Faire. I remembered the people under the tents with their 3D-printed art pieces or project components. I thought to myself: “If that middle school student you met can custom design and print the parts to make their own cell phone, surely you can figure out how to fix your support structures so that you can print this ocarina.” 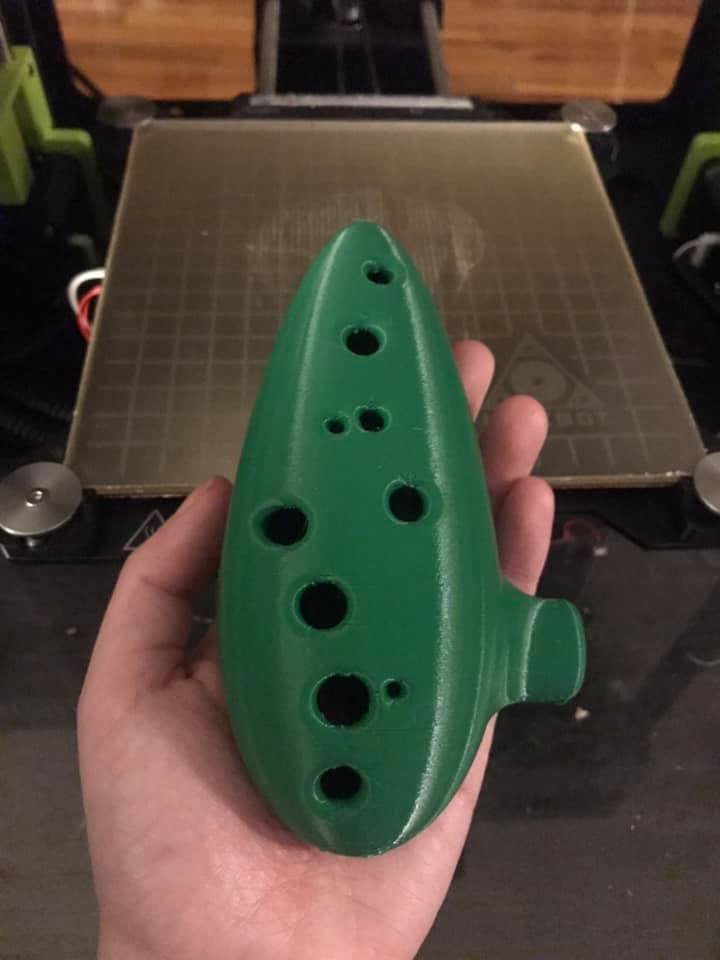 Naturally, printing a bunch of other people’s designs led to wanting to create my own. I learned how to use modeling and CAD software so I could make my own designs. I started with a simple vase. It took days. I may have needed to take several hour-long breaks so I could step away from my computer, curse loudly, and angrily pace around the apartment. But after all that: I had a vase! 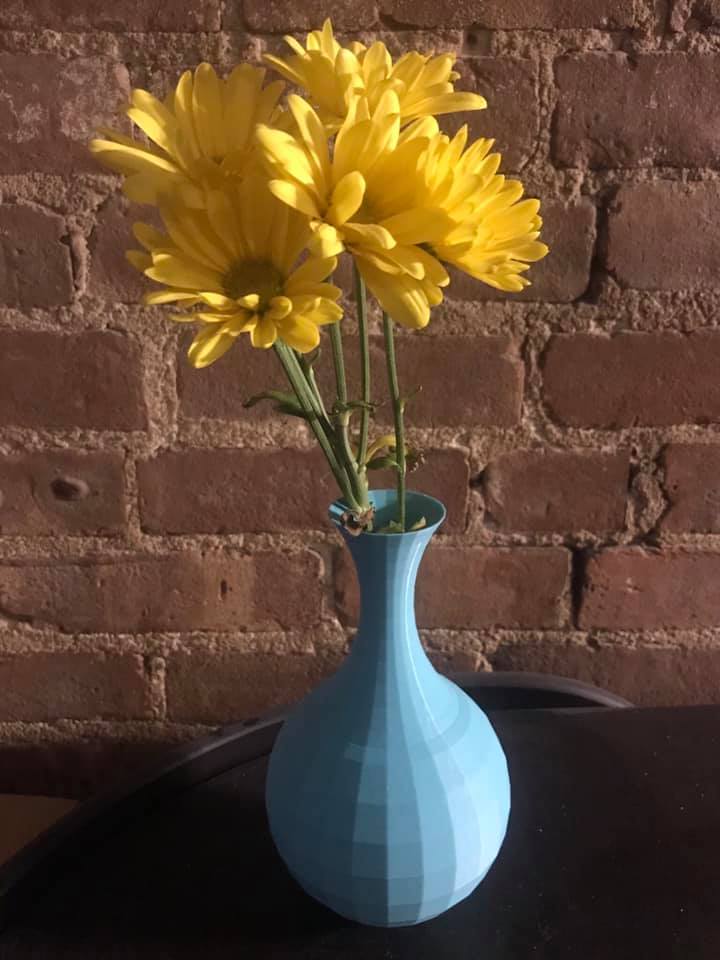 For me, a person who never felt like I had any mechanical or technical savvy, or any real talent for arts and crafts, holding an object in my hands that I had designed myself and created from nothing (with the help of a robot and a coil of plastic) was profound. Making is empowering. It made me feel capable enough to troubleshoot all the dozens of issues that came up in both software and hardware with no real prior training. I was savvier than I’d once thought, and handier than I’d once been. I was much more confident in my abilities to solve new problems as they came up. And I never would have started down that path if not for Maker Faire.

After the vase came my own 3D-printed chess set (and more designing, more modeling, more failed prints, more cursing, more pacing… I swear, the knight is the real freak of the chess set in ways I never appreciated prior to trying to make my own). 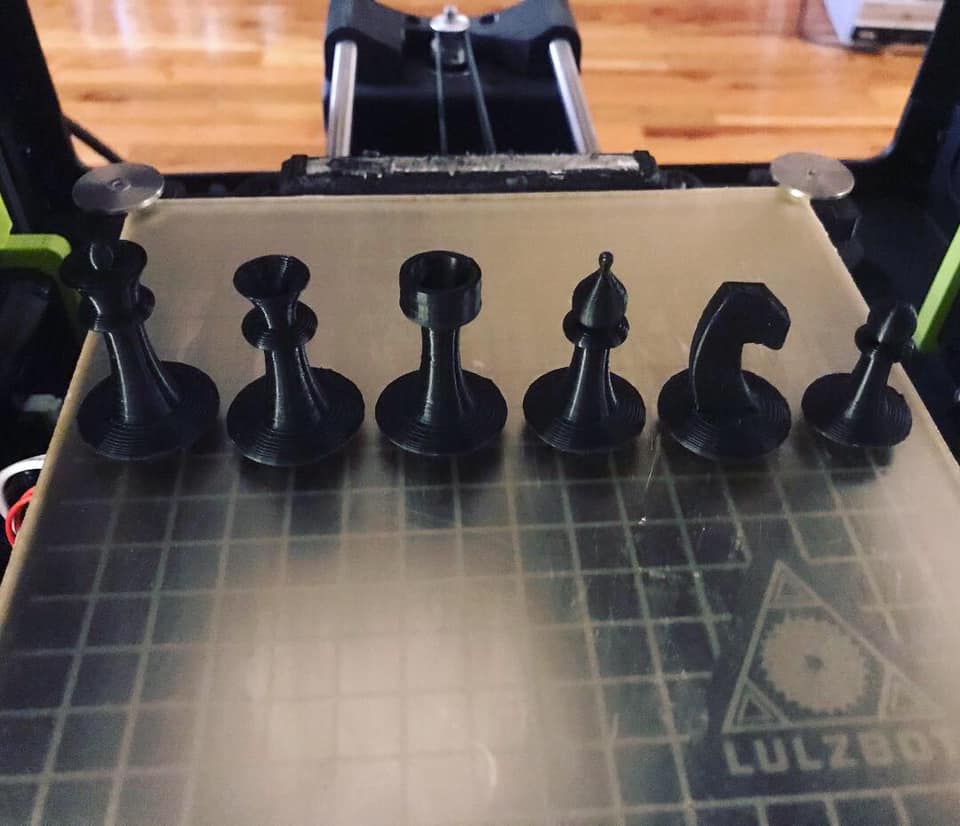 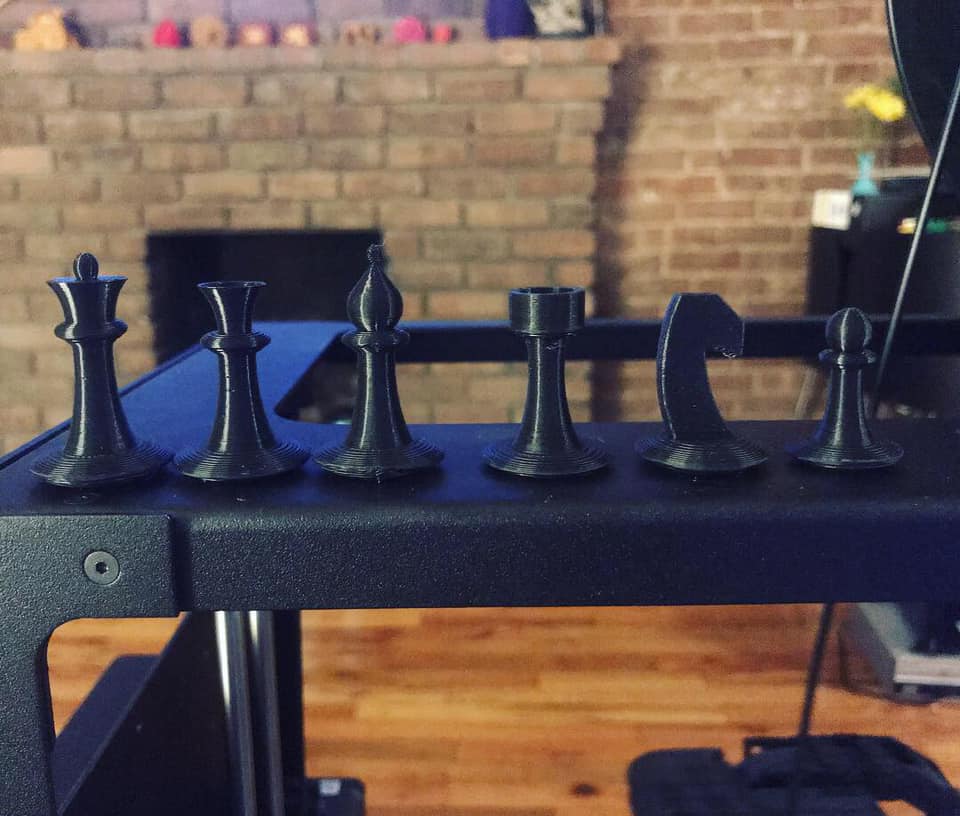 Learning to make my own simple designs led to a fascination with using scanners to enhance my projects. I downloaded a 3D scanning app for my phone and then spent an afternoon at the Metropolitan Museum of Art, scanning every sculpture that stood far enough away from the walls. I hope to print some little Rodin replicas soon.

I’m not a professional engineer and I’m never going to be. I’m not a young student getting into STEM. But the difference that Maker Faire has made in my life has been profound and meaningful.

It has also been mostly silent, from a “News About the Maker Movement” perspective.

I don’t know how you’d quantify experiences like mine if you wanted to write an article about the meaning of Maker Faire. I never had a booth or showed off my projects. I was just one among thousands, walking among the tents. I have no way of knowing what other silent attendees at the Faire were inspired to make or do. I don’t know how it changed them. But I know I can’t be the only one. And I know there will be far fewer of us if Maker Faire ceases to exist permanently. And that would be a terrible tragedy.

2 thoughts on “What We Lose If We Lose Maker Faire”