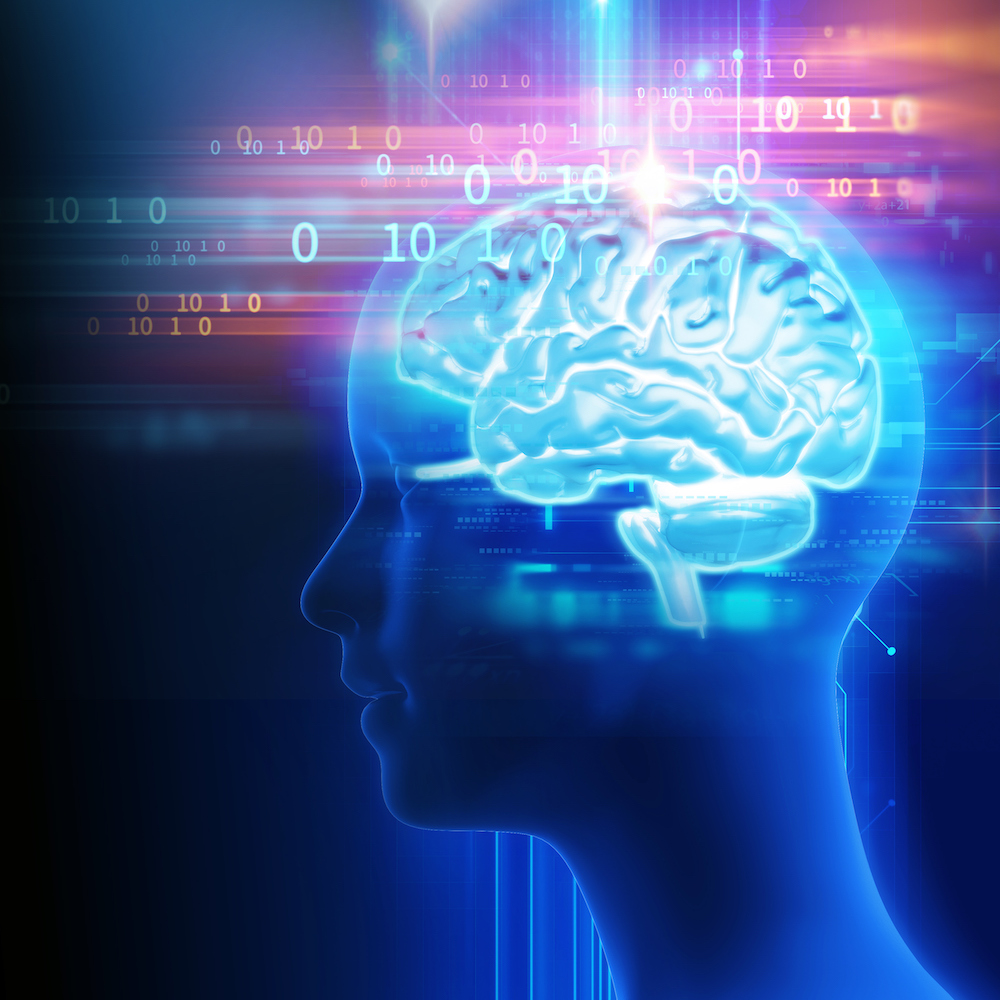 Notes from SureCore and Imec
by Bryon Moyer

Today we bring two stories about memory. One is business-model oriented; the other is about technology. We’ll take those two in order.

What do you do when a product that you sell suddenly becomes available for free elsewhere? Of course, we’ve seen this in a number of contexts (RIP Netscape), but in this case, we’re talking about SRAM. Good SRAM is critical to a good design (“good” being suitably vague), so it definitely has value. Problem is, foundries now have proprietary versions in their libraries that their customers can use without buying separate SRAM IP.

So, if you’re a small company selling SRAM IP, how the heck do you compete with that? It’s not that SRAM suddenly has no value, but foundries have other sources of income, so they can give this away to attract customers. SRAM IP vendors have no such fallback income to make up for lost SRAM income. So what do you do? Sell only highly differentiated SRAM? Start making something besides SRAM? Give up completely?

The first option is the classic MBA directive: make your SRAM compelling enough that people will pay for it even in the face of free versions that aren’t quite so tricked out. But how much are differentiating features worth? We all know from buying cars that, for instance, an option for leather seats is one that many people will forego, thinking, “It’s nice to have, but I’m not paying extra for it.” Is that what happens to differentiated SRAM?

One company in particular, SureCore, is taking the gamble that, yes, there are customers willing to pay for SRAM features that aren’t available in free versions. We looked at SureCore a few years ago, digging into their approach to reducing dynamic power. That’s a good thing, but is it enough?

I talked with their CEO at the recent DAC convention, and he went through the larger range of possible customizations available as well as their engagement model. Dynamic power is but one way an SRAM can be differentiated. They also provide:

That’s a pretty broad set of potential added-value features. Is it enough to generate interest?

According to SureCore, they have achieved some traction. But my sense is that the custom features being used will need to be strategic to product value, since the engagement model is long.

So the customer really has to want this. And I’m going to assume that this kind of time and money won’t be spent on a one-off tactical application, but rather that it will need to feature in a number of products in order to amortize the effort.

So what kind of application might warrant this focus on differentiation? We discussed that, and it’s really a new-market thing. Obvious opportunities are artificial intelligence/machine learning and virtual reality. These are fluid new markets with lots of competition, so companies need critical secret-sauce technology if they want to stand out. That’s where SureCore can win: when they’re helping a newcomer to establish their secret sauce.

We talked about potential other threats, and the only one that may or may not materialize is MRAM – if it can achieve the performance that everyone has been looking for. Given that foundries haven’t taken standard 6T SRAM off of their roadmaps, SureCore still sees plenty of opportunity ahead.

Meanwhile, Imec made an MRAM announcement recently that’s worth noting. Traditional spin-torque transfer (STT) MRAM has hit something of a brick wall with respect to speed. To make it fast enough to compete with SRAM, the data retention suffers badly. So a new type of MRAM, called spin-orbit transfer (SOT), is in development.

We looked at it in more detail a year ago, but the executive summary is that older MRAM used current in the same direction both to program and read a cell – meaning that lots of current for a fast write operation affects cell reliability and data retention. SOT MRAM programs uses an in-plane current that runs across the cell rather than through the tunnel junction, allowing a low-current write that still operates below 1 ns.

But there’s been a catch: when setting the tunnel state, there’s some uncertainty as to which direction it will program. An external magnetic field helps to force the correct direction. And that’s a pain in the kiester. Do you mount a magnet outside the package? Inside the package? It’s just not a clean, easy thing to do.

Imec has successfully tested an idea that integrates well into the process flow without compromising a small cell size. They refer to the area through which the in-plane programming current runs as the track, and the rectangular footprint of that track is established by a metal hardmask (MHM). Traditionally, this MHM has consisted of TiN. What’s different here is that an additional 50-nm layer of cobalt is deposited as part of a composite MHM, and that cobalt can establish the needed static field.

The following is a drawing of the cell stack, followed further down by a TEM image of the cell cross-section. 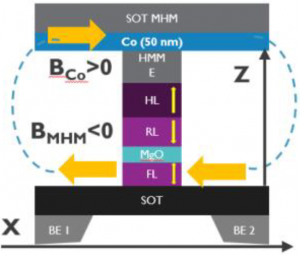 There are a bunch of acronyms that we should define (in addition to the ones we’ve already seen) to help navigate the drawings. Starting from the top of the stack above, we have: 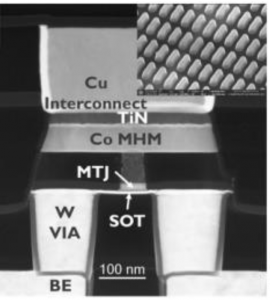 The process flow is summarized in the following figure. 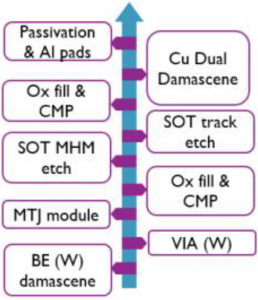 There’s still one open question here: how does the cobalt get magnetized? If a metal is deposited with no other effort taken, the atoms are likely be randomly oriented, resulting in no discernible net magnetic field. So, somehow, we need to establish a magnetic field in the deposited cobalt. No such step is shown in the process flow above, and I didn’t see anything in the paper. So I asked Imec.

And, as usual, this took me deeper into magnetics than I was expecting. (I was an electrical engineer, not a magnetic engineer, after all!) First of all, it turns out that things work differently with thin films than they do with bulk materials. Second, they rely on something called shape anisotropy to help. Anisotropic shapes – rectangles instead of squares, ellipses instead of circles – have a so-called easy axis and a hard axis. The longer axis is easier to magnetize as it results in lower energy. You can magnetize across the hard axis, but it’s, well, harder to do.

So the rectangular track provides the anisotropy needed to ease the preferential polarization. On its own, the thing could polarize in either direction along the easy axis – and yet that’s the whole problem we’re trying to solve with this MHM. Magnetizing the cobalt in fab is what breaks that symmetry, and, without giving away how they did it, Imec said that you could deposit the cobalt in the presence of a magnetic field or have a separate magnetization step at the end of the process.

We’ll see whether this or something similar becomes the Great Enabler that pushes SOT-MRAM into the market – posing a threat to embedded SRAM and embedded flash in microcontrollers and systems-on-chip.

One thought on “SRAM Challenges and MRAM Achievements”