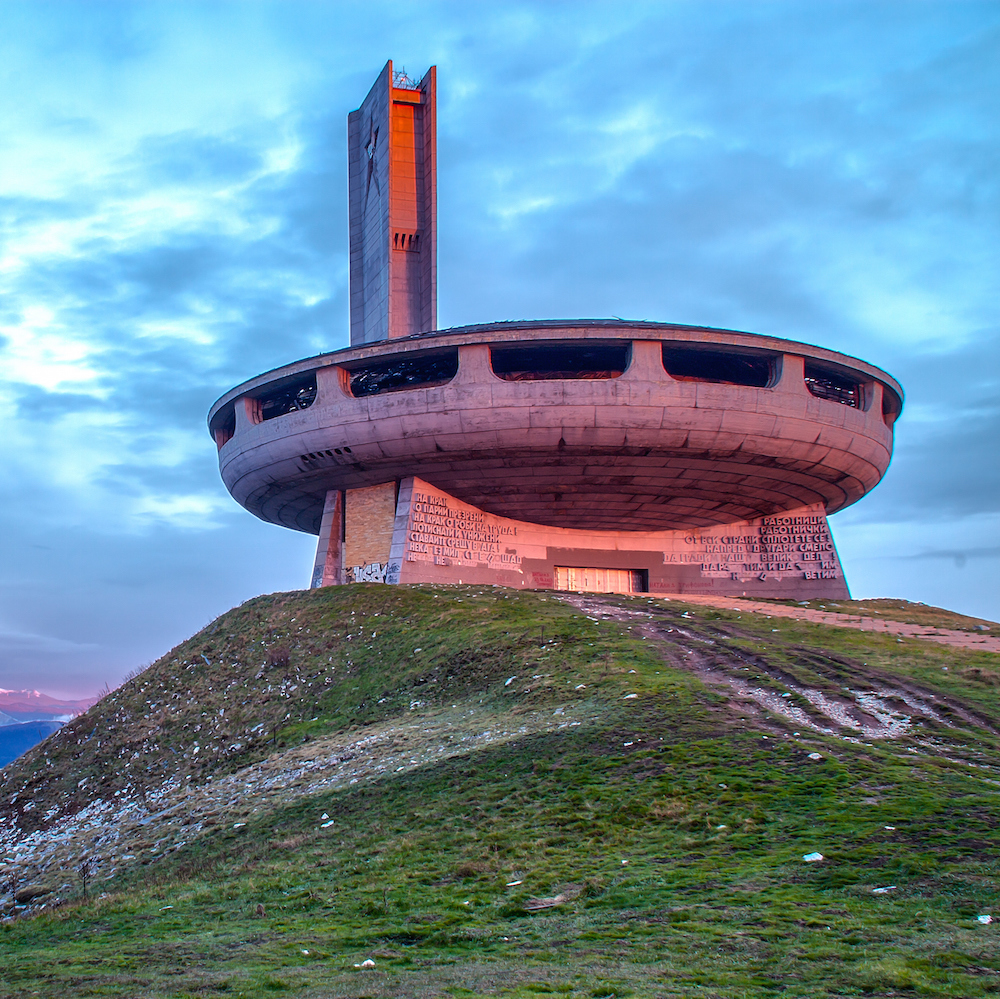 “One person’s car is another person’s scenery.” — Jonathan Ive

Cars are ridiculously dangerous. They’re easily the greatest threat to the average person’s life, assuming you’re not a soldier in an active warzone (even then…) or a commercial crab fisherman. For teenagers, that’s especially true. Until they’re about 20 years old, an American teen is more likely to be killed by her own car than by gun violence, drugs, or disease – put together. There’s a Star Trek scene in which the Enterprise crew marvels at 20th-Century citizens’ ability to pilot all those little metal vehicles so close together without colliding.

The secret? We can’t.

That’s why (a) governments try to crack down on distracted driving, intoxicated driving, and incompetent driving; and (b) entrepreneurial companies try to invent products that will save us from ourselves.

We’re not talking about autonomous vehicles here. Instead, “normal” cars with human drivers now come with options that will help you stay in your lane, brake when approaching a slower car, keep pace with the car directly ahead of you, or shake the driver’s seat if it thinks you’re getting drowsy.

On top of all that, we’re just beginning to see a whole new category of anti-idiot-ware that falls under the heading of vehicle-to-vehicle, or V2V, communication. The idea is to allow cars to talk amongst themselves so that they know what their human drivers are doing.

It’s like air traffic control for cars. No, wait – that’s a bad analogy. Air-traffic controllers have a good overall view of their airspace and they’re the central authority over everything that happens there. V2V is more like a fish-finder: it paints a picture of the surrounding waters but doesn’t tell the fish where to go.

With V2V, your car pings other cars within a short range (a few hundred meters) and lets them know where it is, what direction it’s heading, and how fast it’s moving. Assuming other cars do likewise, the whole group can paint a pretty good picture of what’s about to happen on the road over the next few seconds. What the cars do with that information is up to them. If yours detects an impending collision it might flash a warning light, sound an alarm, or tighten your seat belts. There’s no centralized control like an airport tower, just an exchange of motion vectors.

Making all this work is simple in concept but tricky in execution. What wireless band are all these cars going to use? What protocol? What information will they exchange, and, just as importantly, what will they keep secret? The whole concept falls apart unless every car uses the same standard. Brand-specific solutions wouldn’t make much sense. “Hey, there’s another Toyota like yours in the next lane, but never mind that BMW running the red light.”

The physical and link-layer interfaces are pretty well established, under the 802.11p (aka DSRC) standard, as Bryon Moyer described back in 2016. There were plenty of alternatives in the mix, and not everyone is happy about the choice of yet another variation on the 802.11 standard. “That’s just Wi-Fi,” they mope. “I wouldn’t trust it with my email, much less my car.”

But early indications are that V2V works quite well – enough so that General Motors, Toyota, and Volkswagen are already putting it in their cars. Cadillac’s CTS model comes with V2V as of the 2017 model year, Toyota has about 100,000 Prius hybrids in Japan with V2V, and VW is adding it to its European-spec Golf and Passat cars. Whatever the arguments over the interface layer, the standard is now set and we’re underway.

One of the companies making V2V a reality is Autotalks, an 80-person company based in Israel. They make a two-chip set that automotive OEMs can include in their products, whether they be dashboard instrumentation, ECUs, infotainment systems, navigation, or guidance systems. Those, in turn, show up in cars like the Cadillac or the Prius.

The hardest parts of creating a V2V solution are the software and the security, says Yaniv Sulkes, Autotalks’s VP of Business Development. “Our IP lies with the security layers,” he says. The hardware is reasonably straightforward. All the RF circuitry is on one chip, which typically gets embedded in or near the antenna. The digital domain, including at least one Arm-based processor, can be remoted. The two chips communicate over a proprietary low-speed interface.

“Heat dissipation is one of the most significant difficulties,” adds Sulkes. Automakers like to hide the V2V circuity in the car’s headliner or behind the windshield, two places that can get ghastly hot. The company’s first-generation chip set was good to 85°C, but the second-gen chips can handle 105°C.

Power consumption, on the other hand, isn’t a big deal – most of the time. After all, automotive electronics are connected (indirectly) to a convenient gas-powered DC generator. Need more juice? Step on the gas. But V2V is starting to get traction outside of family sedans and SUVs. One Taiwanese customer is making a battery-powered version for bicycles, and another is developing a version for scooters and mopeds. For these applications, battery life is a big deal, so Autotalks keeps an eye on the joule meter, too.

Then there’s the ever-popular race-car market. In partnership with Griiip, Autotalks has developed a system that alerts racers of surrounding traffic (i.e., competitors) that might be in their blind spot. It also acts as a virtual “yellow flag” in the cockpit when the racetrack is operating under caution conditions. Even professional drivers don’t always see a waved yellow flag. Rookies and beginners are especially susceptible to tunnel vision when they’re shoehorned in the car, helmet on and earplugs in. The in-car indicators help them to avoid expensive learning experiences.

The security aspect that Sulkes mentions affects development in two ways. First, all the cars participating in a movable V2V chat session need to somehow authenticate themselves – quickly – to assure the other cars that they really are a nearby vehicle and not some remote attacker. Second, the system needs to protect the identity of its owner and their intentions.

The tinfoil-hat brigade quickly jumped on V2V as the latest nefarious scheme to track every vehicle’s whereabouts and every citizen’s activity. In the U.S., the federal government put the kibosh on that by mandating that personally identifiable information should not, and cannot, be broadcast by any V2V system. Cadillac makes a point of saying that its system does not broadcast the car’s VIN (its unique vehicle identification number) or vehicle registration.

Furthermore, V2V systems randomize their hardware MAC addresses, so even if you did track V2V packets over time, the MAC address of each car would change every few seconds, making it impossible to follow anyone’s progress with any degree of certainty.

A V2V packet is only as good as its data, and virtually all cars rely on GPS for that location data. But isn’t GPS only accurate to about 10 meters? Surely that’s not accurate enough to tell which lane a car is in, or which offramp it’s about to take?

Actually, it is. Moving vehicles have the advantage of… well, moving, and that makes the regular GPS updates highly accurate. Sure, taking one isolated GPS sample may put the car on the opposite sidewalk, but taking ten, a hundred, or a thousand samples tends to cancel out that error. After all, GPS navigation systems have been around for years, and they seem to work pretty well.

Moreover, cars tend to not dance around as they move, so any decent V2V system can safely infer that small amounts of positioning jitter can be factored out or ignored. It takes a long time to turn a battleship, and only slightly less time to hang a U-turn in your Escalade. Finally, most in-car GPS systems also have dead-reckoning hardware that factors in wheel rotation, steering position, and other real-world cross checks. These inputs also help in tunnels, multistory parking garages, or “urban canyons,” where GPS reception is spotty.

As Autotalks’s Sulkes point out, most accidents don’t happen in underground tunnels or in big parking structures. They happen in wide-open intersections when one driver doesn’t see the other one coming, or when a car blows through a traffic light. These are exactly the conditions where V2V works best. Either your car (the safe one, naturally) alerts you to the oncoming scofflaw, or the other car’s V2V system alerts its driver to his impeding suicide. Ideally both.

The exception is for motorcycles, which really do dart around unpredictably. It’s hard to separate the GPS jitter from the caffeinated motorcycle messenger. Is the positioning data erratic or is the rider really that crazy? Hard to tell sometimes. Predictably, there are technical working groups addressing exactly that problem.

Then there’s the Facebook angle. No, not the one that distracts young drivers from their duties as young drivers, but the “social network” aspect. For V2V to be effective, your V needs another V to talk to. It’s not much use if you’re the only person in town with a V2V system. Like Facebook, Twitter, and Alexander Graham Bell’s newfangled telephone, V2V isn’t any fun until it becomes widespread.

GM, Toyota, and VW seem to be doing their part. Other carmakers will undoubtedly follow. At some point, V2V systems will start connecting with enough other cars that drivers will start to feel like it’s a useful feature and not just a hypothetical benefit that the car salesman talked them into buying.

Even cities and towns are getting into the act by installing V2V lampposts, mailboxes, and traffic lights (often called V2I, or vehicle-to-infrastructure). The idea is that cars can communicate with fixed municipal “street furniture” to ascertain their location with better accuracy and to stay on top of current traffic conditions. A V2V-enabled traffic light is the best example. If the light’s red but your car doesn’t appear to be slowing down enough, your V2V system might alert you. More important, it might alert cars on the cross streets to slow, stop, turn, or brace for a potential impact.

Aftermarket V2V systems are a real possibility, but we’re not there yet. Aftermarket GPS systems used to be big sellers until GPS became a standard item on all but the cheapest cars – and before smartphones started providing better GPS mapping and wayfinding than the aftermarket units. But, unlike GPS gadgets, aftermarket V2V needs a critical mass of users before it’s useful. The Garmins of the world are still waiting for that market demand to develop.

There’s even V2V for people. It seems crazy at first to equip an average pedestrian with a portable battery-powered beacon with its own GPS, a wireless interface, and onboard computing power…. except… wait a minute… yes, that sounds exactly like a smartphone. We may not be far away from the day when our phones prevent us from getting hit by a car. Which seems only fair, since it’s the phones that present the biggest safety distraction in the first place.