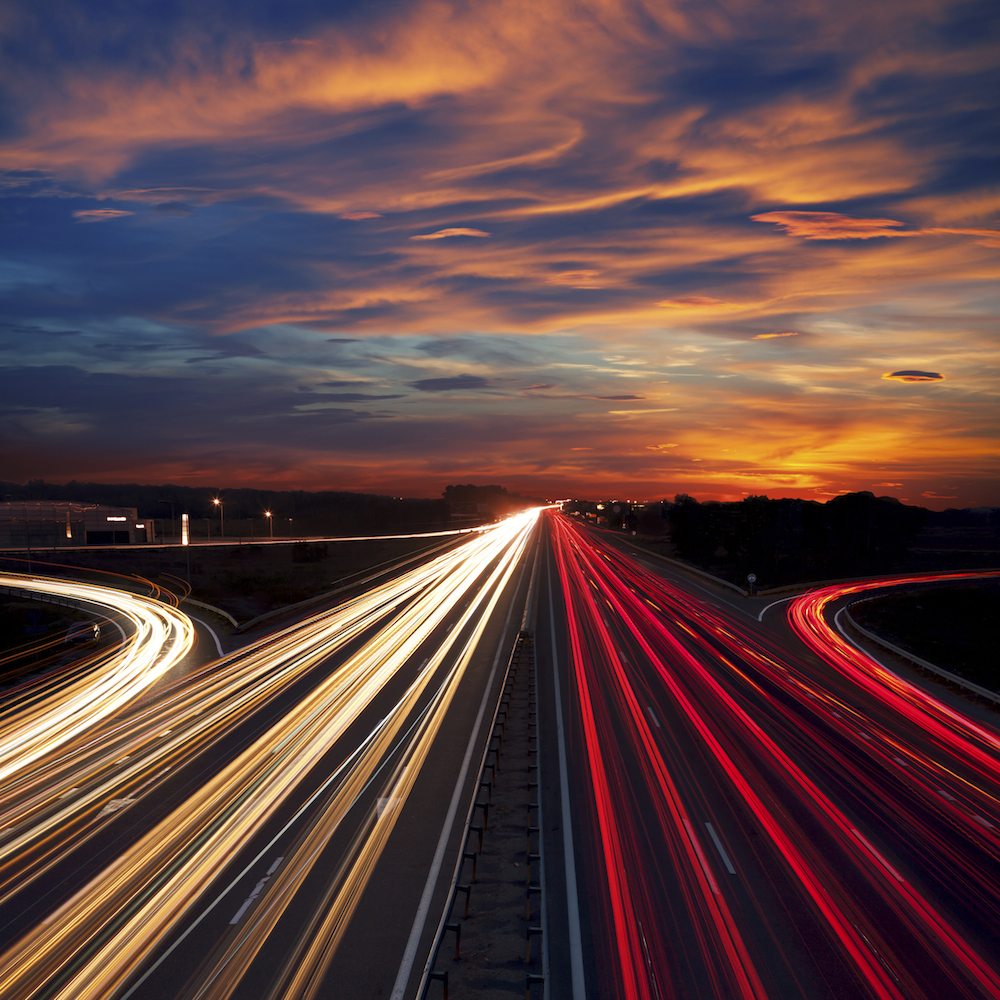 Redpine Signals is placing a bet. It might have been less of a bet a year or two ago, but things change, and the future isn’t as obvious as it once might have seemed.

See, they’re betting that IEEE 802.11p will rule the roadways in the coming time when our cars will carry on intense conversations with each other and with the things around them. Folks have been working on that standard for a while, and it appeared to be the default nominee for the job. Then along came a less-expected candidate, and the odds have changed.

What we’re talking about here is wireless communication between vehicular on-board units (OBUs) and other OBUs, as well as with roadside units (RSUs) and pedestrians. As you can see, we’re going to be swimming in new acronyms, starting with the name of this general space: intelligent transportation systems, or ITS. More specifically, we’re talking about VANETs: vehicular ad-hoc networks (although, as we’ll see, the latest new proposal isn’t ad hoc). These TLAs (or more-LAs) will be on the final, so study up.

In fact, there are four types of communication being addressed:

All this communication is supposed to support activities like active road safety, so-called cooperative traffic safety, and even infotainment, since it includes connection to the internet.

The trick here is that, as cars approach each other or infrastructure or pedestrians, they must set up a quick connection to inform each other about closing speeds and direction, perhaps planned turns (if coordinated with a GPS route that’s being followed), and any other information that allows advanced driver assist systems (ADAS) or full drive automation to better navigate and avoid any unfortunate encounters.

Note that the conversation didn’t go more like, “Hey, dude, whassup? Car is lookin’ fly! Hope the spouse and kids are all good. Hey, yeah, just wanted to let you know I’m in the neighborhood, and I’m, well, I’ll just cut to the chase: I’m barreling down the road at ungodly speed.” All those friendly preliminaries take too long. The connection has to be set up quickly, and message latency has to be low.

So IEEE folks took the old 802.11a WiFi and did some mods on it to support communications for vehicles going up to 200 km/h. It supports higher-level WAVE (Wireless Access in Vehicular Environments) functionality.

I should probably pause to create some distinctions here that appear to have confused a lot of people, judging by what you’ll find on the interwebs. I include myself amongst the confused. The three confusing items are WAVE, 802.11p, and a third entity called Dedicated Short-Range Communications (DSRC). All three names get tossed about pretty liberally, and it’s really hard to find clear definitions that place all three in context. If you go to Wikipedia, DSRC has a page and 802.11p has a page, but neither makes crystal clear what the relationship is.

If we think of the OSI model, WAVE covers layers 3 and up. Layers 1 and 2 are covered by DSRC/802.11p. DSRC was an older project that has been incorporated into the current set of standards, although with changes (including a higher frequency band). So it pretty much seems like DSRC covers the physical layer attributes, while 802.11p handles the MAC changes. Or something…

Oh, and, of course, at this point, we’re talking the US. The technologies have also been adapted and adopted elsewhere, but not identically. In the US, the FCC allocated spectrum in 1999: 75 MHz between 5.85 and 5.925 GHz (abbreviated as 5.9 GHz). This gets divided into 7 channels:

In Europe, roughly the same band is used, but with only 5 channels: one CCH and four SCHs. It’s referred to as ITS G5.

Each channel is 10 MHz wide (cutting the 802.11a bandwidth in half); in the US, that makes 70 MHz plus 5 MHz guardband; you’ll see this referred to as the DSRC band.

There is a basic set of services (BSS) that can exchange information using advertising without pairing and authentication, and using randomized MAC addresses to thwart having this turned into a mechanism for tracking everyone. Some security elements have also been simplified (shorter keys and certificates, for example) in order to speed things up.

We could dig deeper, or we could wander farther afield into related standards like Telematics 2.0 and pay-as-you-drive (PAYD) insurance systems relying on on-board diagnostics (OBD-II) – acronym heaven, folks. But there’s something more important to cover instead.

As in, 802.11p now has competition from LTE. Rummaging around the web, you can tell that some 802.11p folks aren’t exactly thrilled about the last-minute me-too. That said, some of the materials I referenced comparing LTE and 802.11 approaches date at least to 2011, so, while, perhaps, the specific proposal may be newish, clearly LTE has been in the discussion for some years. We’re talking lots of communication here, and presumably the cellular industry wants in on the action.

So a new proposal, called LTE-V, has been offered up, led by companies like Huawei and Ericsson. Their idea is that the cellular system can manage the network better than ad-hoc protocols can. One of their main arguments is, “Why build all that new RSU infrastructure when cellular towers already cover vast areas around the roads?” Instead of RSUs, you have base stations. (Or, base stations act as the RSUs.) Yes, there are uncovered areas that would have to be dealt with – this is the V2X thing mentioned above.

LTE-V isn’t a full proposal yet – there’s still work being done to complete it, but that work is supposed to be done by the end of this year. They’re playing catch-up, although much of their network and capabilities are already in place for mobile phones.

The technical concern with LTE-V is largely about performance and latency – especially since messages on the LTE system have to traverse the core, whereas 802.11p communications happen locally. Can the there-and-back happen quickly enough?

There’s an interesting study, done by Zeeshan Hameed Mir and Fethi Filali of the Qatar Mobility Innovations Center, that simulated both systems to get a sense of the relative strengths and weaknesses. The three main performance indicators studied were end-to-end delays, packet delivery rates (as a %), and throughput. I’ll link to the report below so you can absorb the details, but I’ll summarize here.

In general, 802.11p did better at low vehicle densities, but degraded faster than LTE-V as vehicle density increased. Meanwhile, LTE-V is overall more reliable, and it could handle higher vehicle density, but it can degrade as total cellular traffic increases. In other words, all these vehicular messages are competing with cat videos.

The other concern with LTE-V is broadcast messages: LTE implements those as serial unicast messages, so it takes time to get them all out. Two resulting proposed LTE-V improvements are QoS capabilities, which can give vehicular messages greater priority, and true multicast.

What about business considerations? Clearly, the cellular folks would love to own all that traffic. This would be a for-profit venture for them, although it bears noting that there are a number of levels of service. The BSS level covers “basic” services, but ITS can also be a channel for higher-level services. Regardless of how BSS services are implemented and monetized, the higher-level services offer revenue opportunities above that.

Mobile network operators (MNOs) love to be the gateway to your phones. Indeed, as I noted some time back, network pinchpoints, like MNOs and ISPs, like to be tolltakers, and oftentimes features of chipsets aren’t focused on what end users want, but rather on what the tolltakers want.

But roads are (for the most part) a publicly funded piece of infrastructure. Would LTE-V mean privatizing an important part of that infrastructure? If MNOs aren’t defined as utilities, then, what… would consumers pick their favorite MNO? Would government license infrastructure management as a concession? If the latter, would fees be regulated? (You can imagine how volatile a discussion that would be…)

I checked with Redpine on their thoughts regarding how 802.11p would be managed, and they saw the possibility of it being done either by governments or as a for-profit concession. In the former case, governments (largely local) would fund the infrastructure – for example, RSUs being placed in streetlights that are already funded by a city. Basic safety services might be free (OK, not free, but funded with the taxes we pay). But extended optional paid services could be offered by private companies in a mixed public/private combo.

So, clearly, much of this is about who gets the money. That’s probably no less important than the technical comparison (unless one of the proposals fails the tech test dramatically).

That’s a really brief rundown of the ITS situation. And now we can clarify why Redpine has made a bet: they’ve recently announced their WAVEcombo module, which includes 802.11n (and prior) WiFi, Bluetooth 4.0, 802.15.4 (the Zigbee radio), and 802.11p. 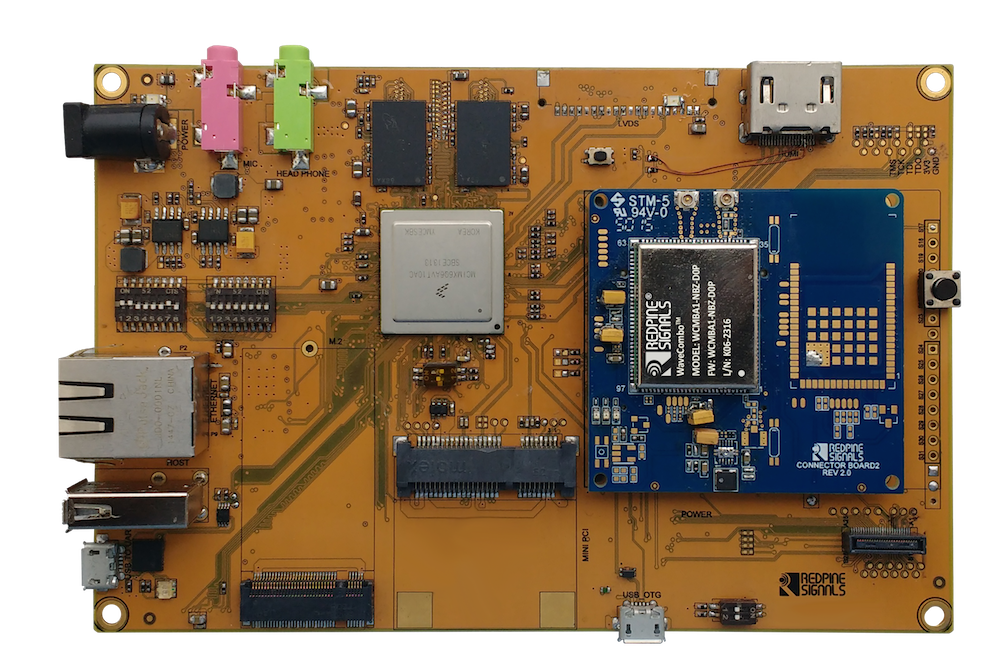 OBUs will need all of these radios, potentially. WiFi for internet interaction with phones and laptops; Bluetooth for pairing with accessories; 802.15.4 for communicating with other objects, and then 802.11p for ITS. 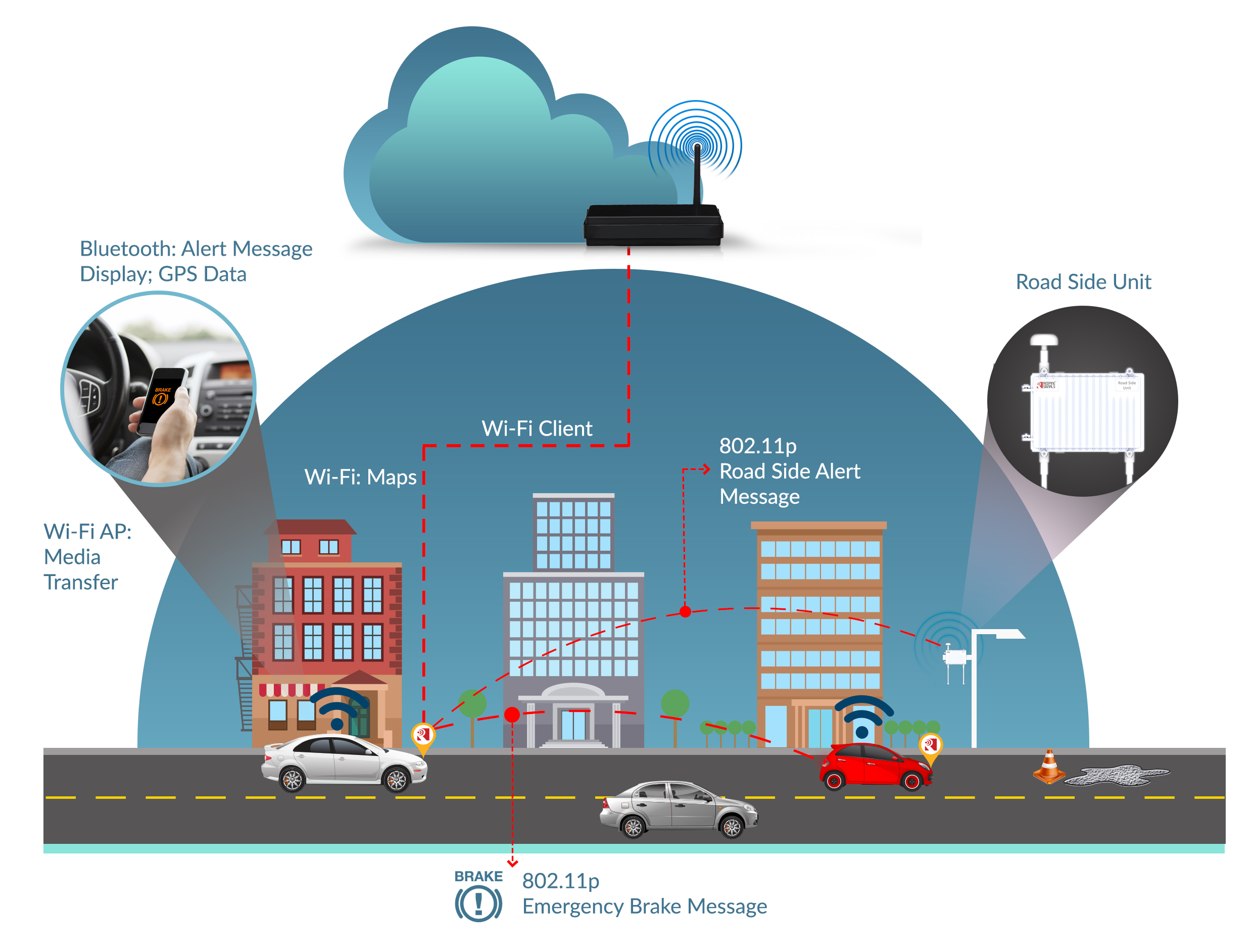 They list a number of possible uses for this module in a vehicle or elsewhere:

The obvious benefit here is a single module with all the radios necessary for any and all radio communication from the vehicle. Well, except for cellular – that would be by phone. And this module bets that LTE-V won’t be the eventual winner.

A presentation on LTE-V (pdf)