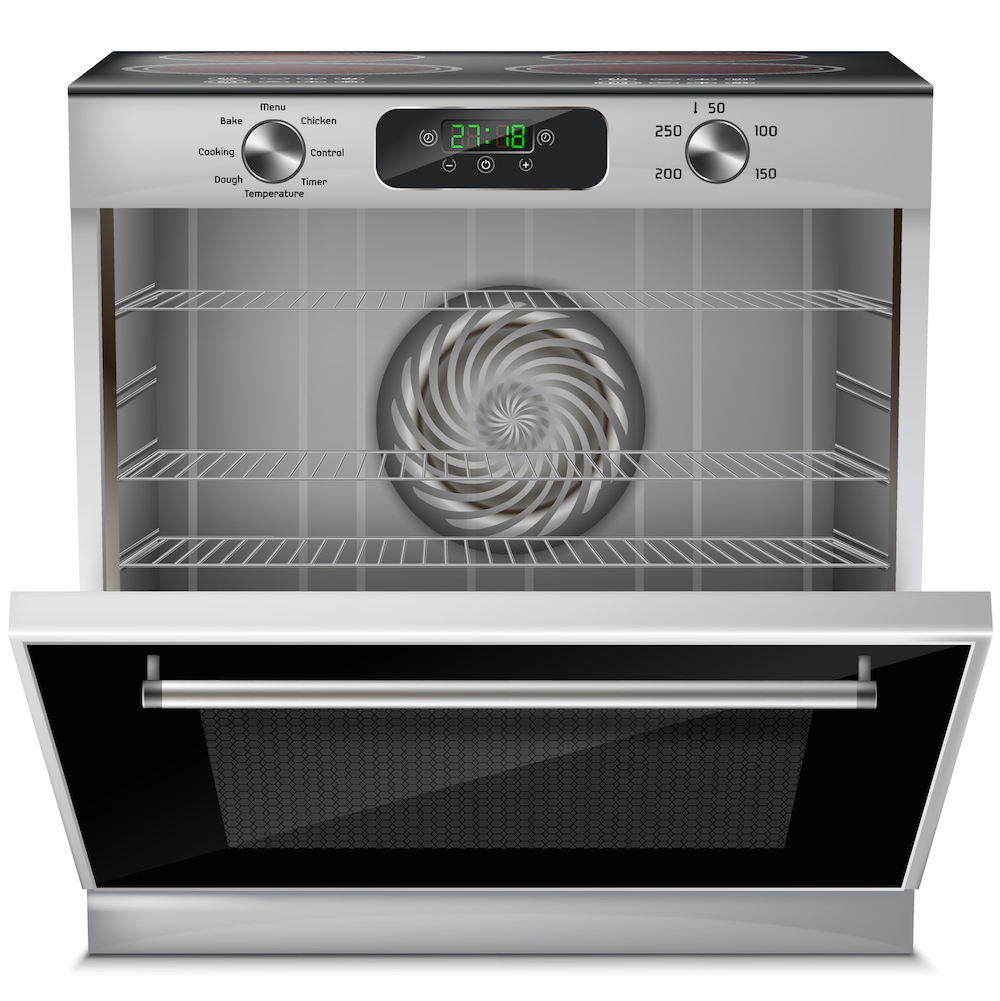 It’s Getting Hot in Here

So you need a precise, stable frequency, eh? Like, how stable? PPM stable? No problem… PPB stable? And just a few PPBs? Hmmm… that’s going to be more difficult. (And expensive.)

There are many, many ways to establish a frequency, and we’ve looked at some of them before. SiTime, in particular, has continued to bulk up their offering of MEMS oscillators – leading up to the recent announcement of their new Emerald family, the topic of today’s discussion. And much of the evolution we see has to do with precision across all operating conditions. Temperature is the most obvious such condition, but vibrations and humidity can also be an issue.

So, even though there are many ways to skin this cat, most of them can’t achieve PPB-level precision. Who is it that needs precision that high? The one that gets pointed to most can be named using only two alphanumeric characters: 5G. Tight radio-to-radio budgets, intended to maximize spectrum usage efficiency and improve bandwidth, mean little room for timing slop. In general, it seems to be communications that are the most demanding – whether for keeping networks up or for self-driving cars that may be talking to, well, pretty much everything around them.

All of these applications have system components that are exposed to the elements – or at the very least, they don’t get the comfort of a nice, climate-controlled room. So they’re going to see temperature (and other) variations, and, if we focus on the physics of whatever is doing the resonating, we know that temperature has an impact on frequency. By changing physical dimensions or material properties, the resonant frequency will move. So how do you counter that?

There are at least three different obvious countermeasure approaches. The first is reducing the impact of temperature on the resonator. For example, a few years ago we saw that a MEMS resonator (the specific example being from Sand 9, since acquired by Analog Devices) can be dimensionally compensated by putting a layer of silicon oxide over a layer of silicon. Those two materials have opposing coefficients of thermal expansion (CTE), so, while one tries to expand, the other tries to contract, and the overall impact is somewhere in the middle. Not perfect, but helpful.

If you’ve done all that you can (reasonably) do to stabilize the resonator, then the next approach is to compensate outside the resonator. This gets to, amongst other things, the notion of frequency pulling that I had a really hard time with (the subject of that same article). So when the resonator drifts, you monkey with the feedback loop (which is the thing that turns the resonator into an oscillator) so that, within a limited range, you can true the frequency back up.

For SiTime, highly precise temperature-compensated oscillators (technically, TCMOs if MEMS, but they’re competing with quartz crystals, so they sell them as TCXOs) have been an area of a lot of focus. We looked at them a couple of years ago when they announced their Elite family.

That family gets precision down to 100 ppb. But what if that isn’t enough? There are crystals today that achieve more in the range of ±5 ppb. Now, SiTime is nothing if not adamant about the shortcomings of quartz as compared to MEMS (or, at least, their MEMS), so how is it that quartz can reach that range?

This has been done with quartz for a long time in what’s referred to as an oven-controlled crystal oscillator, or OCXO. And yeah, it’s not particularly subtle: if you can’t deal with changing temperatures, then simply put the oscillator in an oven with a fixed temperature, and Bob’s your uncle.

Sounds simple enough (if somewhat ungainly), but to hear SiTime tell it, there’s plenty not to like about the quartz versions of these.

Of course, as you might imagine, their solution to all of this is to use a MEMS resonator instead of a quartz resonator. They still have an on-chip heater (adding to the list of chips that contain heaters); it’s just that it’s a monolithic solution rather than a crystal in an oven. SiTime says that these versions:

They suggested that they had OCXOs in their sights a couple of years ago, as they moved up the precision ladder. This new release gets them to the 5 ppb level (with performance demonstrated at the 1 ppb range). 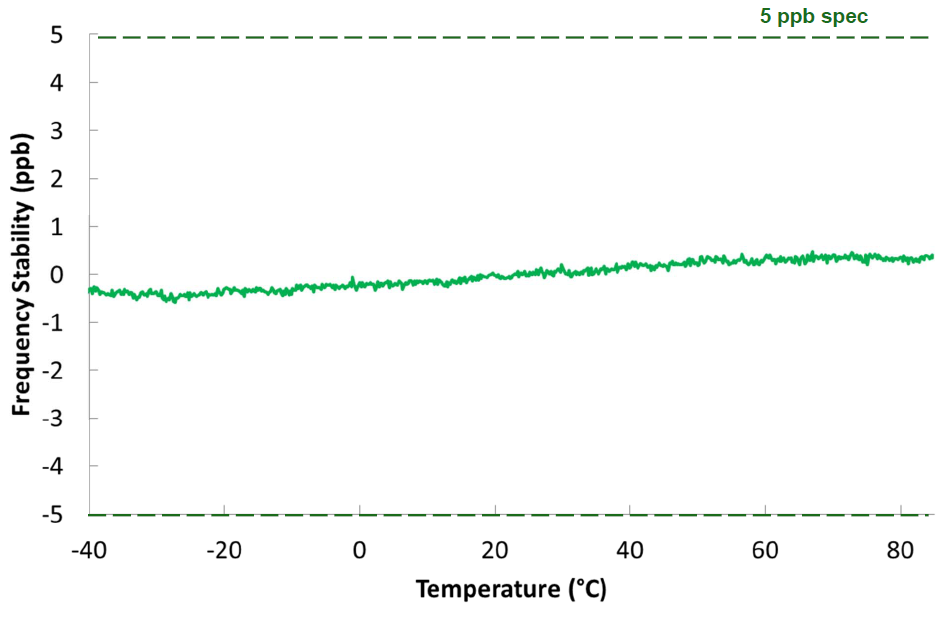 They’ve also demonstrated short-term stability, expressed as Allan Deviation (which I attempted to explain to some extent in that previous piece), with significantly better performance than quartz. 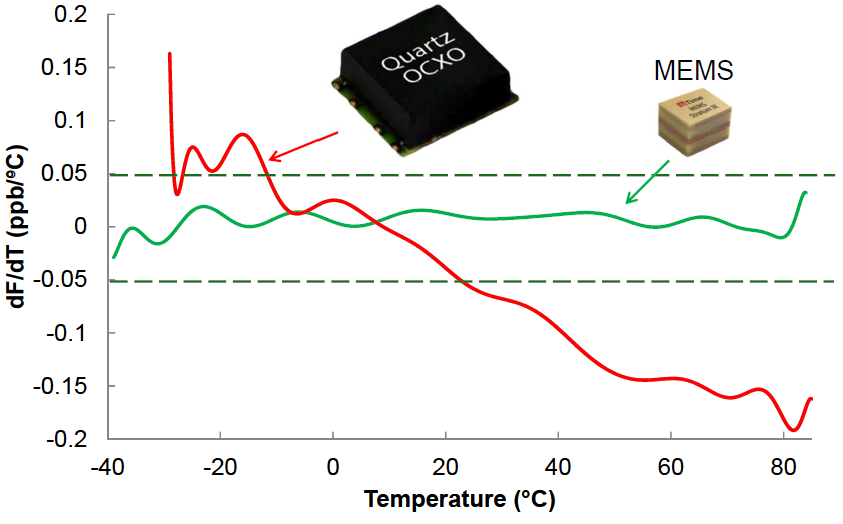 And Into the Fray

With this announcement, they’ve pretty much staked a claim to all of the turf that quartz has owned. Each step of the way, they’ve been not at all shy about contrasting the MEMS behavior against quartz. So much so that you might think they’d try to do the classic marketing thing of creating a new category to distinguish themselves from prior technology that they don’t want to be associated with.

But that hasn’t been their approach; they’ve done the direct-attack thing, making sure to put themselves in designers’ sights when those designers are looking for oscillator solutions. That’s why they call these devices OCXOs when, technically, they’re OCMOs. And, even though the MEMS devices are smaller, they still offer them in the larger quartz OCXO form factor so that designers can use them as a drop-in replacement for an incumbent quartz component.

So does that mean quartz is on the way out? Honestly, to hear SiTime describe it, quartz should be on the ropes about now. And it may be; that doesn’t become evident until new designs hit production and you see the volume shift. MEMS has a lot of catching up to do, but with better… well, everything – at least according to SiTime – I’m not sure I’d want to be a quartz salesperson these days.

One thought on “It’s Getting Hot in Here”