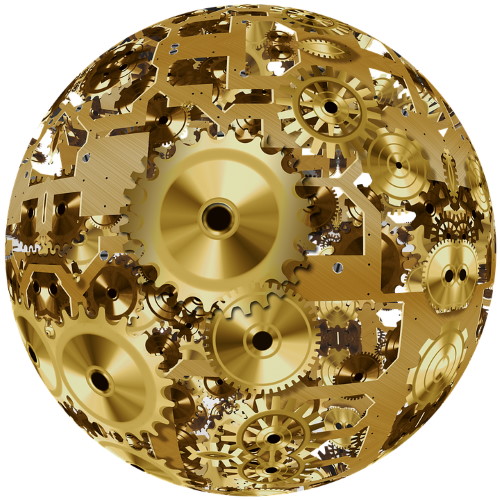 Bodaciously Big Brass Balls (or The Royal Order of Adjectives)

As I’ve mentioned on a couple of occasions, one of my back-burner hobby projects is writing a book called Wroting Inglish: The Essential Guide to Writing English for Anyone Who Doesn’t Want to be Thought a Dingbat.

For example, in my Its vs. It’s column, I noted that “I have engineer friends around the world, many of whom are brilliant on the technical front but who are let down by their writing skills. I cannot tell you how many of them appear unable to differentiate between its and it’s or your and you’re, and don’t even get me started on their mistakenly employing apostrophes when trying to indicate a plural, using FPGA’s instead of FPGAs, for example. And it’s not just engineers; many of the communications I receive from doctors, lawyers, and other professionals are riddled with such elementary errors that it’s hard to know whether to laugh or cry.”

As I always say, if someone sends me an email saying, “Your an idiot,” (this should, of course, be “You’re an idiot” or “You are an idiot”), then the chances are fair-to-middling they are not conveying the message they were perhaps aiming for.

Later, in my Good-For-Nothing Grammarians column, I noted how — when I came to write the chapter on What is Grammar? — it was only when I started to answer this question that I realized I really didn’t have a clue. As I said in that column, “I spent a lot of time mulling this over in my mind before coming to the conclusion that spelling and punctuation are separate and distinct from grammar. Even if it is never written down — thereby making spelling and punctuation non-issues — a spoken language will still have grammatical rules and norms.”

One of the things I’ve discovered on my amble through life is that, oftentimes, it’s only when I start to explain something to someone that I begin to spot holes in my own knowledge. Another thing I’ve found is that when I start to do a bit of research to find the answers to my own questions, I discover the answers to questions I haven’t even asked yet. Such was the case when I uncovered something I’d never even dreamed existed, even though I use it almost every time I open my mouth to say something (and I bet you do too) — this unexpected concept is known as The Royal Order of Adjectives.

Allow me to expound, explicate, and elucidate (have no fear; I’m a professional). What follows is a drastically cut-down version of what I currently have in my working document for the book.

Let’s start with the fact that an adjective is used to describe or modify a noun or a pronoun. In English, adjectives usually precede their associated nouns; for example, “Have you seen my smelly walrus?” In this case, smelly is an adjective that provides additional information about the noun walrus.

Just to increase the fun and frivolity, we often end up stringing two or more adjectives together. When discussing a noun like “ball,” for example, we may wish to convey multiple attributes, such as its size (big, small), its weight (light, heavy), its color (red, yellow, green, blue), and so forth, so we wouldn’t be surprised to hear someone talking about a “big red beach ball,” for example.

The use of multiple adjectives provides an interesting example that falls somewhere between descriptive and prescriptive. On the prescriptive side, there is a particular order in which multiple adjectives should be presented. On the descriptive side, this order is rarely taught at school; instead, it’s something that every native English speaker learns by osmosis as they grow up listening to others talk and reading books. As you may imagine, the fact that this is rarely documented can be something of a pain to non-native speakers who are trying to learn English.

Similarly, it’s safe to say that the movie My Big Fat Greek Wedding was never going to be called Greek Fat Big Wedding My, but how do we know which adjectives we should use in what order?

In fact, there are unspoken (no pun intended) rules for this sort of thing, and the way in which we arrange our adjectives is known as The Royal Order of Adjectives. As a starting point, we typically commence with a determiner and end with a noun (e.g., “The ball”), and we add our adjectives in-between (e.g., “The big red beach ball”).

When we say “determiner,” we’re talking about a modifying word that determines or expresses the kind of reference a noun or noun group has; i.e., makes it clear to what the noun refers. These include the articles (a, an, the), possessives (his, her, my, our, your, their), numbers (five, ten, twenty), quantifiers (a few, a lot, several, some), and demonstratives (this, that, these, those).

To be honest, this is one of those occasions when presenting information in textual form, as in the preceding paragraphs, isn’t quite as helpful as one might hope, so this is the time for a trusty graphical presentation, as illustrated below:

Of course, everything becomes a tad more complicated when we remind ourselves that a word in English might act as a noun in one sentence, a verb in another, and an adjective in the next. There’s also the fact that some words may be used to refer to a variety of different things in non-obvious ways. Take the word “green,” for example; in addition to the color, this can also be used to indicate an emotion (“they’re green with envy”), that someone is inexperienced (“she’s a bit green behind the ears”), or that someone is feeling nauseous (“he’s a little green around the gills”).

The interesting thing to me is that this all came about through common usage without the aid of persnickety prescriptive grammarians. English speakers evolved “unspoken rules” like The Royal Order of Adjectives to facilitate efficient communication, because such an ordering helps everyone understand which words are associated with which others, and which words are being used to modify which others.

What say you? Is The Royal Order Adjectives something you’d already heard about (if so, where)? Or is this as new and surprising to you as it was to me?