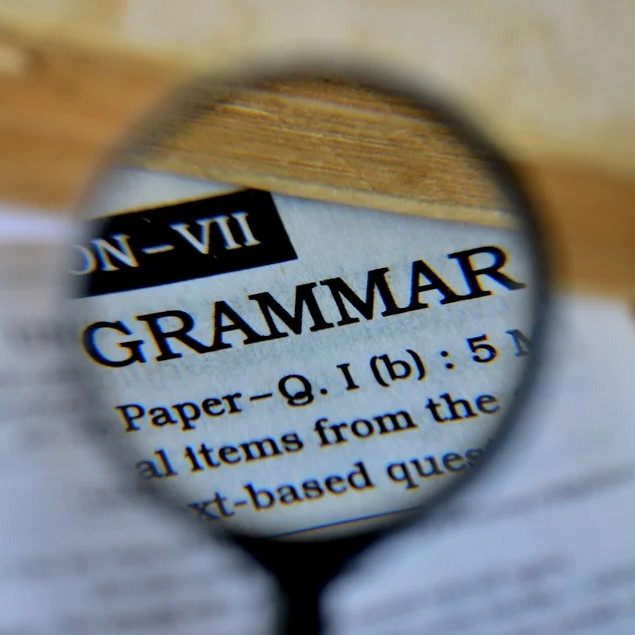 As I discussed in my Its vs. It’s column, which appeared a couple of months ago here on EEJournal, one of my back-burner hobby projects is writing a book called Wroting Inglish: The Essential Guide to Writing English for Anyone Who Doesn’t Want to be Thought a Dingbat.

I was originally planning on offering this as a guide for my engineering friends, many of whom appear unable to wrap their brains around the use of the apostrophe. This little scamp came to us in the early 1500s courtesy of French printer Geoffroy Tory, who was enamored with creating linguistic marks. Judging by the emails I receive on a daily basis, it’s scary how many people appear to be incapable of differentiating between its and it’s or your and you’re, and don’t even get me started on their mistakenly employing apostrophes when trying to indicate a plural, using FPGA’s instead of FPGAs, which makes me want to gnash my teeth and rend my garb. More recently, based on communications I’ve received from doctors and lawyers, I’ve come to realize that my book will be of interest to myriad professionals spanning many disciplines.

There are, of course, countless books available that explain English grammar and punctuation in excruciatingly nit-picking detail, so does the world really need one more? I believe so, on the basis that my target audience has already made the decision not to read any of the existing works. Rather than attempt to cover everything there is to know about grammar and punctuation, my tome will focus on some of the simple stuff that makes folks look really silly when they get things wrong. Even better, my humble offering (I pride myself on my humility) will be jam-packed with nuggets of knowledge and tidbits of trivia.

As part of writing this little rascal — Max’s Magnum Opus, if I might make so bold — I’ve learned all sorts of things myself, including the fact that I have an innate dislike of grammarians who delight in telling us that we’re doing everything wrong and that the world would be a much better place if we did things their way. Admittedly, these sad fellows, with their stooped shoulders, nervous tremors, and complete lack of personality (which explains why they are so rarely invited to parties) are presented with the unenviable task of attempting to retrofit grammar onto a living, breathing, and constantly evolving language. One might almost feel sorry for them if they weren’t such complete and utter drongos who have caused so much pain and suffering for the rest of us.

Another thing I learned is that I didn’t really understand what grammar was (it’s only when you try to explain something to someone that you realize you don’t know what you thought you knew as well as you thought you knew it, if you see what I mean). The funny thing is that I think a lot of people are confused, because — when you ask them — they respond with all sorts of answers. How about you? Do you think that grammar encompasses spelling and/or punctuation, for example? Please take a moment to reflect on this question before reading on.

Here’s the way it works (I even have a handy-dandy diagram as shown below; and, if you have a diagram, what you are saying must be true). Spoken language comes first; indeed, the word “language” is derived from the Latin word for “tongue.” This evolves hand-in-hand with a collectively accepted grammar. A simple way of thinking about this is that grammar refers to the way in which words are manipulated (e.g., how we conjugate our verbs and decline our nouns, pronouns, and adjectives) and how they are arranged, ordered, and combined to form clauses, phrases, and sentences. Another way of saying this is that grammar defines which combinations of words and in what order form a valid syntax that conveys meaning — and which don’t. 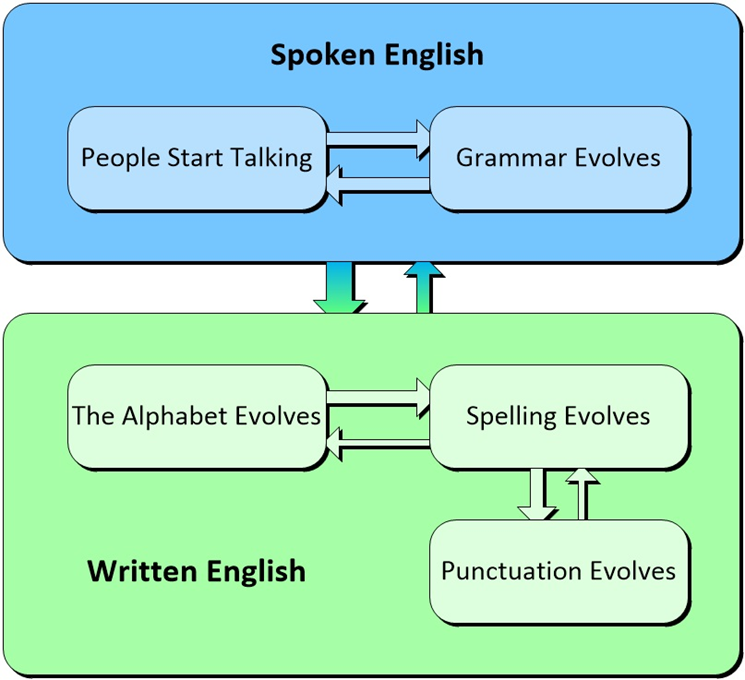 At some stage in a society’s development, people decide they want to write things down. In the case of English, as opposed to using pictographs or logographs, we opted for an alphabet-based writing system. As part of this, we also evolved a system of spelling, which refers to the conventions that define how we arrange and combine our letters to form words in a standard form to which everyone can subscribe. Meanwhile, punctuation refers to the use of spacing and special symbols called punctuation marks as aids to the understanding and correct reading of written text, whether read silently or aloud.

Much as it pains me to admit it (especially in the case of prescriptive grammarians), there are, in fact, roles for both approaches. Groups of people in different regions have their own vernaculars and colloquial ways of using everyday language. If we followed only descriptive grammarians, we’d end up not knowing which way to turn. On this basis, it makes sense to use a prescriptive method to establish a standard grammar that we can all follow and that facilitates accurate and efficient communication. For example, “Me idiot you think,” is subject to multiple interpretations, while “I think you’re an idiot” leaves little room for ambiguity (“You, sir, are a buffoon,” also has a nice ring to it).

The problem with prescriptive grammarians is that they become enamored with their own self-importance, and they don’t know when to stop. When I was at school, for example, we were taught never to start a sentence with And or But. This wasn’t just a vague suggestion about something that would be frowned upon; doing so would have resulted in a public flogging in the school’s assembly hall (not that I ever witnessed such an occurrence, you understand, but the possibility was certainly implied by my English teachers). But this doesn’t map onto common usage (did you see what I just did there?). And another thing; it often happens in a conversation when someone pauses for a moment and then starts up again saying, “And another thing…”

Now, only 40 years later, commencing a sentence with And or But is more than acceptable (do you remember what I said earlier about English being a living, breathing, and constantly evolving language?).

There are a few sayings that come to mind here, including, “Rules are meant to be broken” and “Rules are for the guidance of wise men and the blind obedience of fools.” Alternatively, as General Douglas MacArthur famously said, “Rules are mostly made to be broken and are too often for the lazy to hide behind.”

If you take a book written by any famous author — Ernest Hemingway, F. Scott Fitzgerald, Virginia Woolf, William Faulkner — and open it to a page at random, you will almost invariably find that they break one or more of the grammatical rules that are dictated by prescriptive grammarians. The thing is that these authors knew what they were doing. The real trick is to start off by understanding the rules, so that, when you break them, you do so knowingly.

I could ramble on about this topic for ages. In fact, I do so in my book, which — I have no doubt — is destined to become an international bestseller (all I need to do is finish writing it). Mayhap I shall waffle further in a future column. For the moment, however, I would be interested in hearing your thoughts. Has anything you’ve read here made you say to yourself something like, “That’s interesting. I never thought about things in quite this way before”? If so, and if you care to remark to that effect in the comments below, you will make me happy, and the radiance of my smile will lighten your life.