If This Is a Conference, then It Must Be November 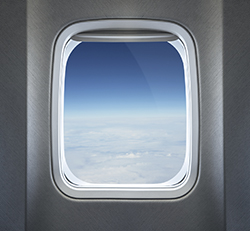 November would appear to be Conference Month.

Of course, no one has conferences in the summer. Oh, wait! Semicon West does! OK, well, most folks assume no one is home during summer, so they wait until fall. Can’t do December because of the holidays… September, well, everyone is getting back from summer… October? Yeah, a few sprinkled here and there. And then there’s November.

Some time back we briefly introduced Elliptic Labs’ ultrasound-based gesture technology. They’ve added a new… layer to it, shall we say, so we’ll dig in a bit deeper here.

This technology is partially predicated on the fact that Knowles microphones, which are currently dominant, can sense part of the ultrasonic range. That means you don’t necessarily need a separate microphone to include an ultrasound gesture … END_OF_DOCUMENT_TOKEN_TO_BE_REPLACED

What Does ConnectOne’s “G2” Mean?

ConnectOne makes WiFi modules. And they recently announced a “G2” version. Being new to the details of these modules, I got a bit confused by the number of products bearing the “G2” label as well as the modes available – were they all available in one module, or were different modules for different modes? A conversation with GM and Sales VP Erez Lev helped put things in order.

As it turns out, you might say that ConnectOne sells one WiFi module into multiple form factors. Of the different modules I saw, it was … END_OF_DOCUMENT_TOKEN_TO_BE_REPLACED

Some time back we took a look at Internet-of-Things (IoT) communications in an attempt to digest some of the vague marketing messages from various companies participating in that business. I identified three layers: formal protocols overlaid by abstract messaging overlaid by business objects.

The “formal protocols” layer is typically referred to generically as the “transport” (even though it may or may not contain formal OSI transport-layer functionality). When IoT comms folks talk about being standards-based, this is typically where most … END_OF_DOCUMENT_TOKEN_TO_BE_REPLACED

Move over Internet toaster: the wireless pan lid is here

I am sure that it is not April 1st, so the release I got last week from Nordic Semiconductor has to be legitimate. A company in Slovenia is using one of  Nordics chips to provide communication between the cooking hob and pot and pan lids.

Internet communication brings teams together across the globe. Staff can collaborate easily without limitations and make more informed decisions instantaneously, to learn more visit this website. This leads to reduced project timelines, cutting back on the time required to launch a new product/ … END_OF_DOCUMENT_TOKEN_TO_BE_REPLACED

I can’t decide whether this is a post about technology or language. I guess it’s some of both.

A company called 1248 has announced an access point, called HyperWeave, featuring the 6LoWPAN protocol so as to bring IP all the way out to the “edge”. The first thing we need to clarify is what “edge” means. In other contexts, it refers to some mid-way point between, say, your phone and the very core of the network backbone. It’s essentially where you enter the backbone (or at least that’s how I interpret it).

There are a couple of things going on in the world of the Internet of Things (IoT). One is abstraction and reuse: no one wants to re-invent WiFi or security or the many other things that have to be plugged together in order to get a device to connect to the Cloud. So complete packages that include support for all of these basics are becoming more common.

But there’s also a meeting of minds happening (or not): Micrium, a provider of real-time OSes (and supporting goodies) notes that embedded programmers primarily use C, occasionally broadening … END_OF_DOCUMENT_TOKEN_TO_BE_REPLACED

We’ve spent a bit of energy in the past looking at QuickLogic’s approach to a low-power sensor hub. Well, they’ve just introduced a second round, and the obvious question is… what’s changed?

They list some of the current capabilities, but the obvious questions are, how does this compare to the first one, and how did they make this happen?

Fundamentally, this hub has more horsepower than their first one. So they can … END_OF_DOCUMENT_TOKEN_TO_BE_REPLACED

Zigbee recently announced the second version of their remote control standard, ZRC 2.0. The idea is that, in a Zigbee home, with consumer electronics and other devices that speak Zigbee, you can have a single remote to rule them all. It’s not line-of-site, in contrast to traditional infrared systems. And, while it may be paired with specific devices it controls, it can also talk to other devices on a Zigbee Home Automation (HA) network.

The main focus of this new revision appears to be ease of use – both for the manufacturer and end user. Binding … END_OF_DOCUMENT_TOKEN_TO_BE_REPLACED