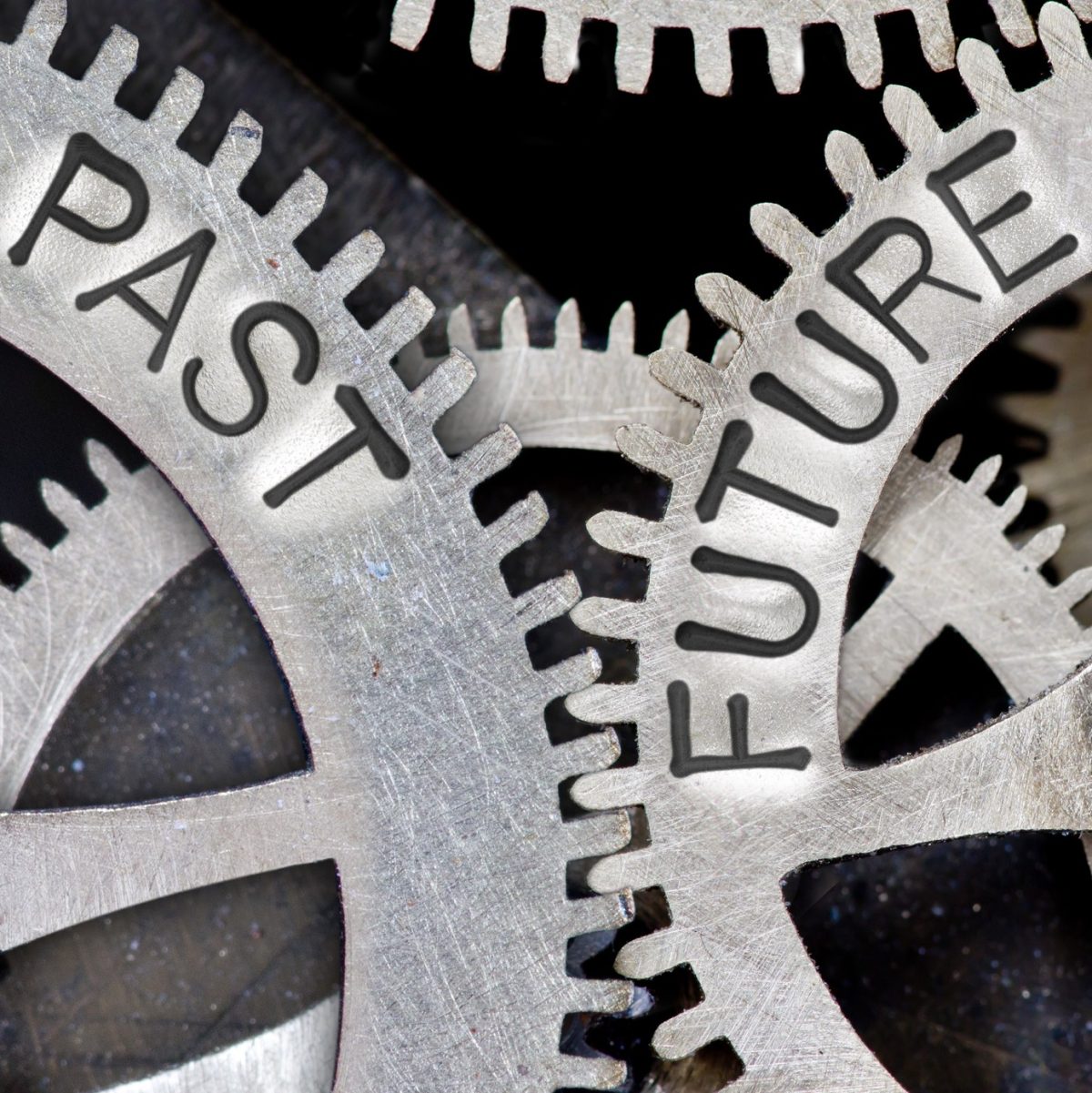 A few months ago, I posted a couple of columns — Dropping the Ball and Casting Aspersions and Metrology Maketh the Man (and Woman, and Silicon Chip) – as part of which I posed the question: Who can say what discoveries and inventions would have been triggered had the wisdom of the ancients been accepted and employed?

Before we delve deeper into this topic, however, I’ve been mulling over a few things of a historical nature. For example, although it’s really not so surprising when you come to think about it, I still manage to remain surprised by how much chance affects our lives. Sometimes, the results are auspicious; other times, less so.

I’m reminded of American-British author William “Bill” McGuire Bryson, who penned one of my favorite books: A Short History of Nearly Everything. As its name suggests, this tantalizing tome touches on just about any topic you care to mention, including anthropology, archaeology, astronomy, biology, chemistry, history, mathematics, paleontology, particle physics, and technology, to name but a few. It really leaves few stones — or quarks — unturned. This was a heroic undertaking, so I’m glad Bill saved me from having to write this book myself. Of interest to this column is when Bill spake as follows:

Consider the fact that for 3.8 billion years, a period of time older than the Earth’s mountains and rivers and oceans, every one of your forebears on both sides has been attractive enough to find a mate, healthy enough to reproduce, and sufficiently blessed by fate and circumstances to live long enough to do so. Not one of your personal ancestors was squashed, devoured, drowned, starved, stuck fast, untimely wounded or otherwise deflected from its life’s quest of delivering a tiny charge of genetic material to the right partner at the right moment to perpetuate the only possible sequence of hereditary combinations that could result — eventually, astoundingly, and all too briefly — in you.

I don’t know about you, but this certainly gave your humble narrator pause for thought. It also reminded me that, in the third of my The Times They Are a-Changin’ columns, I described how, following WWII, my dad decided to take German lessons because there was a certain young lady in Hamburg he was interested in seeing more of. Meanwhile, my mom decided to take German lessons to polish her language capabilities because she saw a good future in being a tri-lingual secretary — able to read, write, and speak English, French, and German.

They both hired the services of the same little old German lady. Since they were paying for private lessons, they were somewhat disconcerted to one day discover that they were sharing a lesson with each other. Although they were a tad peeved, their teacher turned out to be worth every penny they paid her, because they quickly fell in love and got married – a circumstance without which I wouldn’t be writing this column and you wouldn’t be reading it.

Something else not a lot of people know is that I used to have an identical twin. Sad to report, he was dead at birth. I don’t spend a lot of time dwelling on this, but I do occasionally cogitate and ruminate as to how our lives might have been had he lived. Would we have had similar personalities, would we both have become engineers, and would we currently be sharing an office competing with each other on the Hawaiian shirt front? Alternatively, would we have had dissimilar characters and interests, disliked each other intensely, and found ourselves living as far away from each other as possible?

Some people are interested in the possibility of alternative histories and play “what-if” games regarding historical near misses. For example, American sharpshooter Phoebe Ann Moses (1860 to 1926), who was more widely known as Annie Oakley, was a member of Buffalo Bill’s Wild West show when it was travelling around Europe. As part of this, in 1885, she once shot a cigarette out of the mouth of Friedrich Wilhelm II, who was the last German Emperor (Kaiser). Wilhelm’s erratic foreign policy greatly antagonized the international community and is considered by many to be one of the underlying causes for World War I. Suppose Annie had missed the cigarette and killed the Kaiser — would WWI (and thus WWII) never have come to pass? Annie herself was certainly cognizant of this possibility because — after WWI had begun — she wrote a letter to the Kaiser asking if she could take another shot.

How about the fact that, while visiting America on a lecture tour in 1931, Winston Churchill looked the wrong way and was struck by a car while crossing Fifth Avenue in New York. If Churchill had failed to survive this accident, he would have ended up as a footnote in history as the key sponsor of the disastrous Gallipoli campaign in WWI. Furthermore, without Churchill, it’s more than probable that the British government would have negotiated a truce with the Axis Powers in 1939 or 1940, the consequences of which are too awful to contemplate.

Another story I heard relates to an accident that may well have changed the course of WWII (I rarely recall how I know these things, so I just tracked down a confirmatory column on the War History Online website).

Here’s a brief summary, the way I understand it. In the summer of 1940, the Germans were preparing to invade England. In order to do so, they needed to control the air, so the Luftwaffe set out to destroy our airfields and critical infrastructure. Since Hitler believed that the English and Germans should really be on the same side, the Luftwaffe was instructed to avoid civilian targets. However, on 24 August 1940, some German bombers that were supposed to hit military targets outside of London mistakenly dropped their bombs on the city itself.

This made Winston Churchill more than a mite miffed, so he ordered a retaliatory raid against Berlin. At that time, the whole of England, which is only around 21 miles away from continental Europe at its closest point, was blacked out and under a war footing. By comparison, Berlin — which is located at the far side of Germany (with respect to England) — was lit up like a Christmas tree with its inhabitants carrying on as if nothing was happening. Thus, even though the British raid caused little real damage, and no one was killed, the shock of Berlin being bombed infuriated Hitler and Goering, who saw this as a provocation, not realizing that they had bombed London first.

As a result, they turned the might of the Luftwaffe into trying to break the will of the English people by bombing London. The result, known as the Blitz, was that London was bombed for 57 consecutive nights. At the same time, the Germans also bombed civilian areas in other British cities including Birmingham, Coventry, and Liverpool.

The thing is that, while Hitler and Goering were focused on bombing civilians, the British were busy fixing their airfields, building planes (including the legendary Spitfire), and training pilots. The result was the Battle of Britain in which the Royal Air Force (RAF) Fighter Command decimated the Luftwaffe, thereby blocking the possibility of invasion and providing the time needed for Britain to build its forces. There is, of course, much more to WWII than this, not least that Hitler foolishly attacked Russia and opened the Eastern Front. Still and all, the Battle of Britain was a key part in ensuring that Hitler’s “thousand-year Reich” lasted only 12 years (from January 1933 to May 1945). As Winston Churchill famously said regarding the Battle of Britain: “Never in the field of human conflict was so much owed by so many to so few.”

Unfortunately, now that I come to think about it, none of the above is what I originally set out to talk to you about, but I fear those topics will have to wait for a future Dropping the Ball and Casting Aspersions column. In the meantime, I’d be interested to hear if you were interested by anything you’ve just read here.