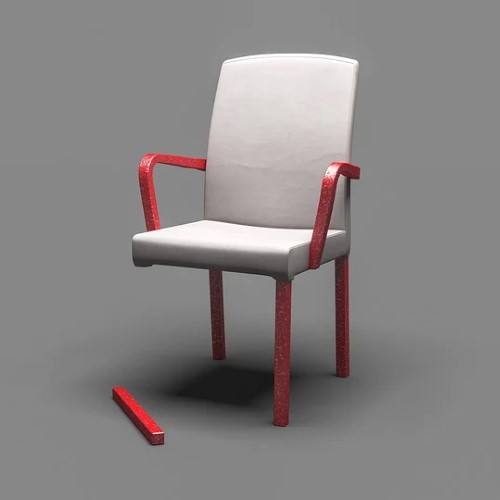 Dropping the Ball and Casting Aspersions

In my previous column, Metrology Maketh the Man (and Woman, and Silicon Chip), I made mention of the fact that the human race has occasionally dropped the metaphorical ball on the technology front. The example I used was of Hero of Alexandria, who failed to invent the steam engine 2,000 years ago. Now, you might argue that lots of other people failed to invent the steam engine at the same time — including all of Hero’s family and friends — but Hero was so close he could smell it (at least, he could have smelled it had he bothered to build it).

If Hero had taken the time out of his busy schedule to construct a working steam engine, it could have been used to pump water, drive boats, and power trains. As I noted in the aforementioned column, “It’s not hyperbole to say that this could have radically changed history. The Roman Empire might never have fallen, the Dark Ages might have been a lot lighter, and all the technologies we enjoy today might have been invented far sooner.”

We also mentioned the Antikythera Mechanism, which is thought to have been constructed by Greek scientists sometime between 205 BC and 87 BC. Used to predict astronomical positions and eclipses decades in advance, this was the earliest example of what we would now think of as an analog computer. Unfortunately, any knowledge regarding this device’s construction and purpose was lost in the mists of time. Who knows what discoveries and inventions would have been triggered had multiple copies of the Antikythera Mechanism been distributed around the ancient world?

In fact, the ancient Greeks came up with all sorts of ideas that eventually proved, thousands of years later, to be correct. Take, for example, the astronomer and mathematician Aristarchus of Samos (circa 310 BC to 230 BC). This clever little scamp presented the first known heliocentric model that placed the Sun at the center of the known universe with the Earth revolving around the Sun once a year and rotating about its axis once a day. He also put the other known planets in their correct order of distance around the Sun. It wasn’t until the sixteenth century that mathematician, astronomer, and Catholic cleric, Nicolaus Copernicus (1473 AD to 1543 AD), presented his mathematical model of a heliocentric system that led to what we now call the Copernican Revolution.

I must admit that I find Aristarchus’s type of mind to be mind boggling. If I had been born in his time, I would surely have gone along with the accepted wisdom that the Earth was the center of the universe. I mean, if you stand still, it’s “obvious” that you aren’t moving. Starting with this premise, all you have to do is look up at the sky and watch the sun, moon, planets, and stars do their thing, leading you to the conclusion that everything else is moving around an Earth that is fixed in place. And what really, really amazes me is that Aristarchus — like the Greek Philosopher Anaxagoras (circa 500 BC to 428 BC) before him — suspected and suggested that the stars were actually other bodies like the Sun, albeit farther away from Earth.

As Isaac Asimov postulated in The Tragedy of the Moon, a number of outcomes would have manifested themselves if, in ancient times, we had fully embraced the fact that the Earth was not the center of the universe, including two statements that really make one think: “Ecology would have been the queen of sciences, the one embracing all the rest from the start,” and “Experimental science and technology would be perhaps two to four thousand years further advanced than they are now; and a healthy Earth might today be establishing the beginnings of a galactic empire […]” I understand that all this may sound a little grandiose, but I suggest you read the book before crying, “No, it could not be so.”

I can’t remember when I first heard that the ancient Greeks were the ones who first came up with the idea of atoms. In fact, it was the pre-Socratic philosopher Democritus (circa 460 BC to 370 BC) who postulated the idea that everything in the universe was made up of particles that were microscopic, indivisible, and indestructible. He called these particles atoms because “atom” is Greek for “indivisible.”

As an aside, Democritus was known to his compatriots as the “laughing philosopher” because he placed great emphasis on the value of being cheerful. As another aside, I can’t hear the word “philosopher” without thinking of Monty Python’s Philosopher’s Song — especially the line, “I drink therefore I am!”

To be honest, when I first ran across this tidbit of trivia (i.e., the fact that Democritus came up with the concept of the atom, not that Monty Python came up with the line “I drink therefore I am”), I vaguely thought, “that’s interesting” and moved on with my life. It never struck me to wonder how Democritus had arrived at this conclusion. It wasn’t until I read Infinite Powers: How Calculus Reveals the Secrets of the Universe by Steven Strogatz that all became clear (I cannot recommend this book strongly enough). Apparently, this all started with a set of philosophical problems that are collectively known as Zeno’s paradoxes and that are attributed to Greek philosopher Zeno of Elea (circa 490 BC to 430 BC).

The bottom line is that, based on a combination of Zeno’s paradoxes and the precursor techniques to Calculus that were being used by the ancient Greek mathematicians of his day, Democritus concluded that — for space and time to exist — matter could be subdivided only so far before one reached the point at which no further subdivision was possible. Once again, I’m blown away by the sort of mind that can come up with this sort of thing.

I must admit that, when I was a younger and more foolish man, I tended to think that only engineers and scientists had a clue what was going on (and I wasn’t 100% sure of the scientists). My impression of philosophers was that they sat around talking a load of old rubbish all day. It was discovering things like the fact that — using only logical arguments — they could come up with the concept of atoms that gave me a greater respect for philosophers and philosophy. And, once again, I cannot help but wonder how science and technology might have progressed if these ideas had been disseminated more widely than they were.

If you want to learn more about philosophers and philosophy but you don’t want your brains to leak out of your ears, then two books I have on my shelves that I would recommend are You Kant Make it Up!: Strange Ideas from History’s Great Philosophers by Gary Hayden and A Phenomenally Phrank History of Philosophy (Without the Poncy Bits) by John Farman.

Irrespective of the title of this column, I wasn’t actually planning on casting any aspersions (my throwing arm isn’t what it used to be), but I was going to jump forward in time to 1837 when the English mathematician and computer pioneer Charles Babbage failed to build the first mechanical digital computer, and then move on to 1879 when the legendary American inventor Thomas Alva Edison didn’t invent the first incandescent electric light bulb. However, I fear these revelations will have to wait for a future column. Until then, as always, I welcome your comments, questions, and suggestions.