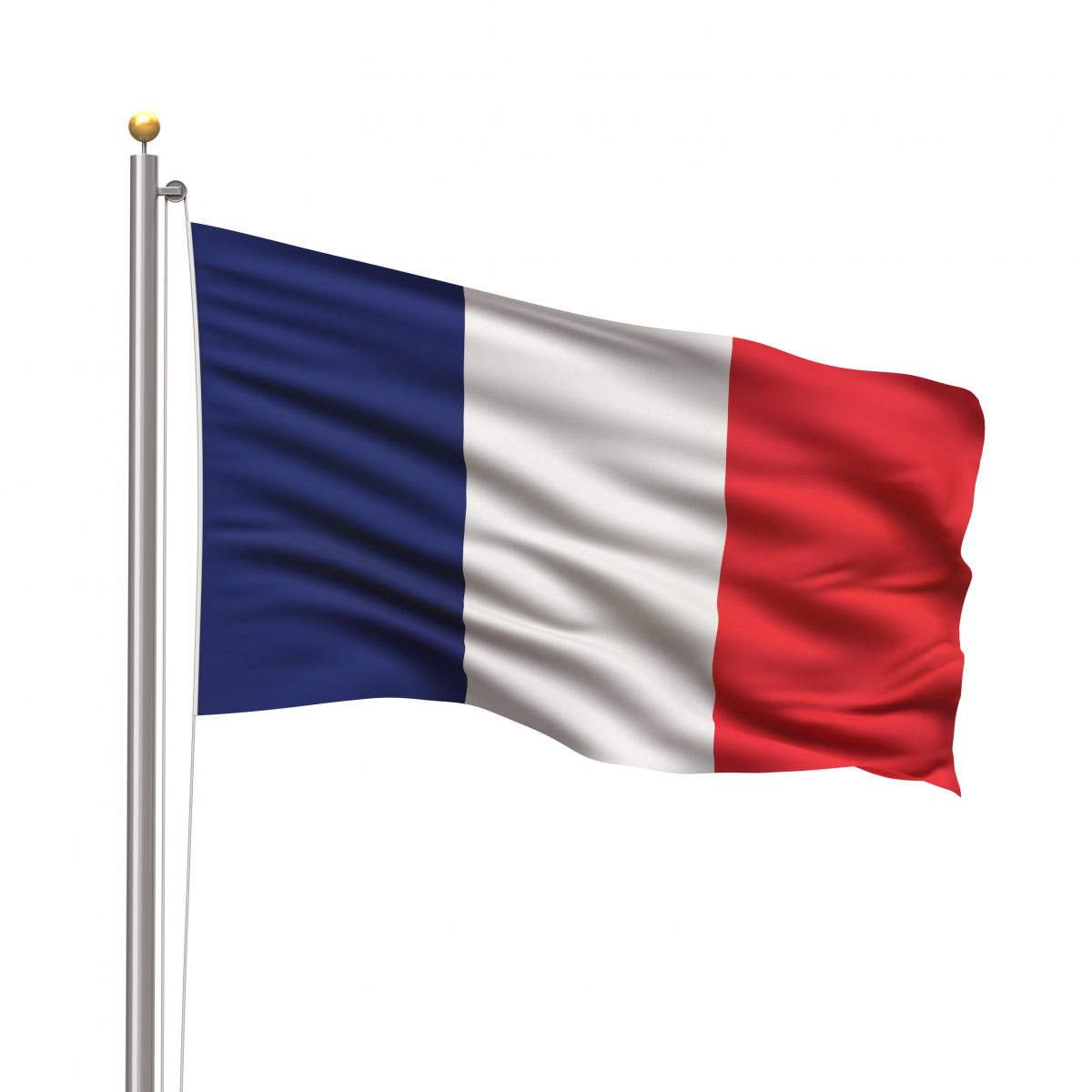 Leti Celebrates with a Fraunhofer Tie-up
by Dick Selwood

Fifty years ago, the semiconductor industry barely existed. Jack Kilby had implemented the first integrated circuit only nine years earlier, and Intel’s two co-founders, Robert Noyce and Gordon Moore, were still working at Fairchild. Yet, in Grenoble, in the foothills of the French Alps, an organisation was founded to devote itself initially to semiconductor research and later to a wider range of related activities.

This wasn’t a green-field start-up. In fact, we have to go back a further 22 years to find its true roots. In 1945, as France was rebuilding itself after the Second World War, the Government, under General Charles de Gaulle, made the decision in October to establish an organisation that would work on all aspects of nuclear physics. While this seems an extraordinary decision only months after the destruction of Hiroshima and Nagasaki, one should remember that, until 1940, France was a world leader in atomic science including work in the late 1930s on nuclear fission and the concept of a chain reaction that led directly to the Manhattan Project and the first atomic bombs. French scientists, including Marie Curie’s last assistant Bertrand Goldschmid, were on the team at Los Alamos.

The decision to create the CEA (Commissariat à l’énergie atomique – and now the Commissariat à l’énergie atomique et aux énergies alternatives – Commission for atomic energy and alternative energies) was based on both military and civil objectives. France was anxious to be at the top of the table militarily (and, at this point, while it knew that the Americans had a bomb and the British were working on one, there was no knowledge of how Klaus Fuchs and other spies had empowered the Russians) and also saw atomic energy as a probable way to carry out the ambitious electrification plans. The military element was semi-concealed within the civil one.

In 1957, CEA created an electronics lab in Grenoble to explore the use of solid-state devices in applications such as control systems. In 1963, the lab created an integrated circuit, and, a year later, it was manufacturing MOS transistors. In 1967, this was re-established as Leti (Laboratoire d’électronique des technologies de l’informatiques – later l’information). Today it is a part of Ceatech – the technology research division of CEA – and it is often referred to as CEA-Leti.

This year’s Leti Days – the organisation’s annual open house with presentations and demo booths of projects currently underway or recently completed – celebrated its 50th anniversary. First, some numbers: over the last 50 years, Leti has amassed a portfolio of over 2,700 patents, created over 60 start-ups, many of which are still alive, and is launching a further five or six a year. It is involved in R and D partnerships with 330 industrial partners and employs nearly 2000 researchers, who jointly publish over 700 items a year. It is working in a wide range of areas, based on micro- and nano-technology. The demo booths were in three areas:

The teams in the booths were enthusiastic and articulate and demonstrated clearly successful Leti projects.

The areas chosen as presentation highlights included cyber-security and energy efficiency, and they connected health and wellness with presenters from a range of industrial areas.

One presentation that was more than a little worrying was by Thierry Lepercq, Executive Vice President in charge of Research & Technology and Innovation at ENGIE. I have to say that I had never head of ENGIE before. It is a large company, with just under 150,000 employees and operations in nearly 70 countries. It was previously called Gaz de France (the French-Government-owned gas manufacturing and distribution company). Following partial privatisation (The French Government still owns about a third of the company), the company has expanded aggressively and has purchased energy companies around the world, including the in the US. It has three threads: natural gas, electricity, and energy management, and it was this last the Lepercq was talking about. He started by addressing one possible future scenario for energy supply, by asking us to close our eyes. Blackness is where we could be going, and an important factor in this is the electric charging of cars, which requires, particularly with fast-charging, large power loads on very short notice. If you add to this the change from a traditional top-down hierarchical electricity distribution system to the much more complex multi-sourced system that the increased use of alternative, particularly renewable, resources is creating, then you start to have problems. With rotating-machinery generation, standby sources can quickly be brought into use. With these systems, management (he didn’t use the term “smart grid”) becomes an important function. (In another paper Lepercq has described a 2006 episode when ” … a high-voltage line was accidentally shut off, triggering a cascade of system failures across Germany, Austria, Hungary, Croatia, and elsewhere… and reaching the Moroccan electrical grid just 20 seconds later. With judicious power cuts, a massive blackout affecting more than 400 million people was barely avoided.”)  In conversation, he said that he felt that many of the traditional power companies were still unaware of the problems of the electric car, even though companies and countries are committed to very high levels of electric-car usage by, let us say, the mid 2020s. That timescale is worrying, since to build and bring into service a power generation plant takes a lot longer than that, as will the work needed to design and implement a management system for a distributed generating network.

During the event, Leti and the Fraunhofer Group for Microelectronics “…announced their new collaboration to develop innovative, next-generation microelectronics technologies to spur innovation in their countries and strengthen European strategic and economic sovereignty.”

This is an interesting tie-up. The Fraunhofer Group for Microelectronics is a part of Fraunhofer-Gesellschaft, Europe’s largest application-oriented research organisation made up of a network of Institutes, each with its own area of expertise. Funding is mainly through specific research contracts with some national or regional state funding, the same as Leti. The difference is that Fraunhofer is independent, where Leti is, through CEA, totally state owned. The Fraunhofer Group for Microelectronics consists of eleven Fraunhofer Institutes across Germany, plus links with seven other Institutes, and it has its headquarters in Dresden. This is another parallel between the two parties. Dresden is the centre of the Silicon Saxony – a cluster of companies and research institutes, and Grenoble is at the heart of a similar cluster, with Leti, Leti subsidiaries and spin-offs, University of Grenoble spin-offs, and with STMicroelectronics Crolles facility (originally founded by a Leti spin-off) just a few miles away. The new relationship will build on existing cooperative projects and will also, within the bounds of commercial confidentiality, include more information sharing. A significant part of the remit of both parties is to strengthen industry in their countries; the new deal spreads this to strengthening European industry.

When asked whether this might extend to Imec, the response was that Imec’s mission, while it has some similarities, means that it is working very internationally on projects for semiconductor manufacturing, and therefore didn’t fit with this deal.

One topic that Leti has become very eloquent in promoting is the FD-SOI, (Fully Depleted Silicon On Insulator) manufacturing process. Originally created at Leti, in conjunction with ST – for a long time, this has been rather the orphan child of manufacturing, as FinFETS, heavily promoted by Intel, are generally seen as the road forward for leading-edge device manufacture. But in the last couple of years both Samsung and Global Foundries have taken up the technology, and FD-SOI products are now in field deployment.

The argument (simplifying greatly – there is more detail in Bryon’s article last year – FD-SOI: No Longer a Cul de Sac ) – is that, at equivalent feature sizes (whatever that might actually mean), FD-SOI processing requires fewer masks (and so is a lower-cost manufacturing process) and produces devices that are fast and low-power. And, just as a cherry on the cake, it is at the Global Foundries facility in Dresden that the work on FD-SOI is most pronounced, so there is yet another Grenoble-Dresden link.

What I came away with from this visit to Leti (and there was a ton of stuff that was interesting but there isn’t space to write about) was the very French nature of it all. Leti is owned by a French Government agency, yet it is creating spin-offs that are as openly commercial and competitive as anything that Silicon Valley creates and Leti retains a shareholding, typically 15% in its spin-offs. And Leti is not unique. It has been designated a Carnot institute, one of a group of similar institutes across France working with Universities and companies to build knowledge. In fact, Leti’s CEO, Marie Semeria, is President of the Carnot Institute network.

Another French difference was the buffet lunches. Great food, served on paper plates with plastic knives and forks. Good coffee in paper cups. But the wine (of course there was wine – this is France) was served in glasses.

The 14th of July was a week or so ago, but Vive la France!