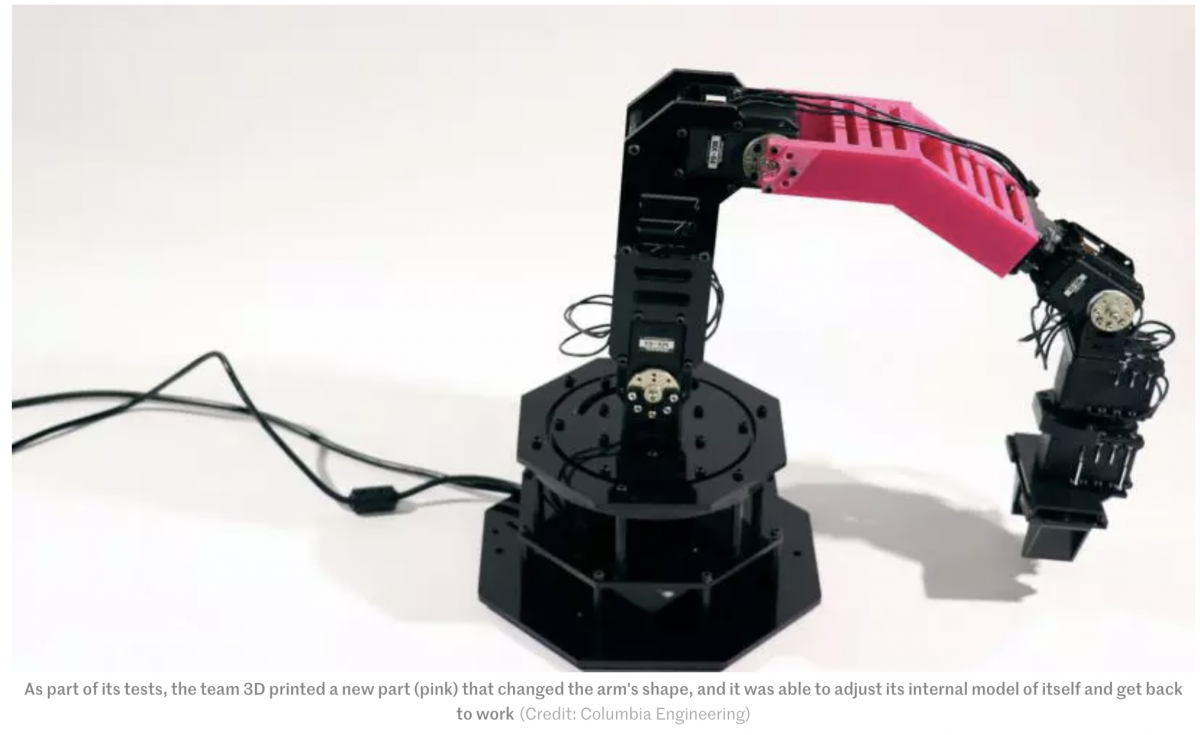 As clever as robots are getting, one of the key things that separates them from humans is self-awareness. Debate rages over what exactly it means for something to be self-aware, whether robots could ever achieve it, and the ethical implications that it might dredge up. Now, researchers from Columbia Engineering have gone and done it, giving a robot arm some form of self-awareness, – at least in a rudimentary sense – which allows it to better adapt to changing conditions. [Source]