An Alan Turing fan made an Enigma machine for your wrist 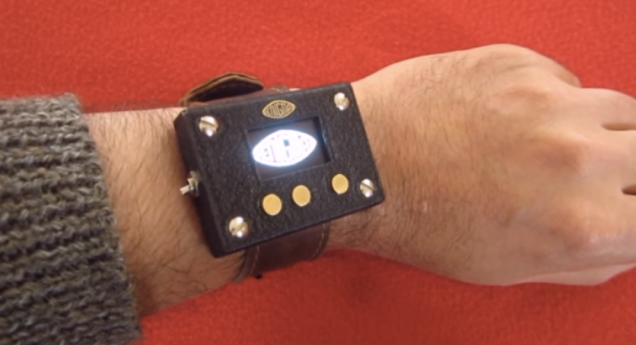 Apple Watch and Android Wear is cool and everything, but the best wrist wearables are often made from Arduino boards and some tinkering, much like this super great Enigma watch.

Although known notoriously as the uncrackable cryptography tool used by Germany during World War II, the Enigma Machine was eventually undone by the father of artificial intelligence, Alan Turing And ever since last year’s The Imitation Game, Turing has enjoyed some much-deserved popularity, even the CIA loves him.
via Gizmodo

featured blogs
GTC 2020
Recently, GLOBALFOUNDRIES held this year's technology conference GTC. Of course, it was held virtually. You probably already know that a couple of years ago, GF decided abandon the race to... [[ Click on the title to access the full blog on the Cadence Community site. ]...
More from Cadence...

Awesome Smart Home STEM Kit
I can easily see this kit at schools and in home-school settings. If I had an older kid or a young adult roaming around the house, I would jump at this little beauty....
More from Max\'s Cool Beans...

DesignCon Back to School Webinar: Current Distribution, Resistance & Inductance in Power Connectors
Our friends at DesignCon and Design News are launching the DesignCon Back-to-School webinar series.  Experts from DesignCon’s conference will share their insights from the electronics chip, board, and system industries, walking through use cases, defining various tools...
More from Samtec, Inc....