$600 Shoelace-tying robot was built on a shoestring budget 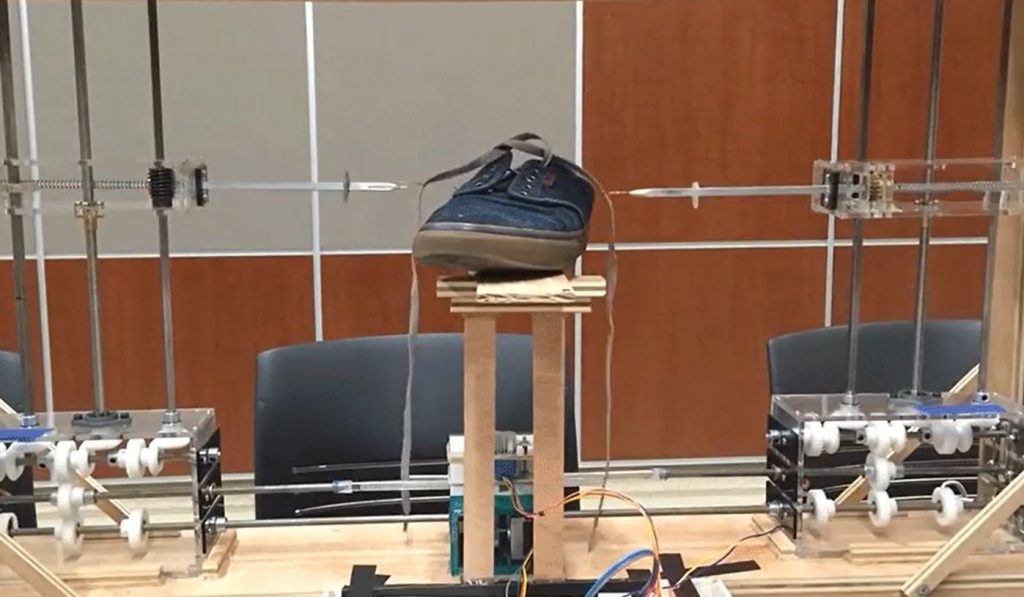 With a budget of just $600—a mere pittance compared to what robots like ATLAS cost to develop—students from the University of California’s Davis’ College of Engineering created a machine that’s capable of tying a shoe all by itself.

After mastering the skill when you’re five years old, you probably don’t give much thought to the intricate ballet of fingers and laces that’s performed every time you tie your shoes. But in reality, it’s a complicated process. What makes these engineering student’s machine even more impressive is that it’s powered by just two motors, and relies on a series of gears and moving rods to pick up and move a pair of shoelaces around. Read more at Gizmodo