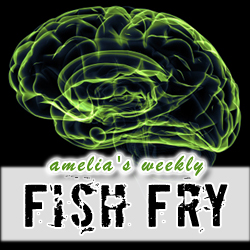 Intelligence in the Ether: Cloud Computing, Robot Internet and The Future of AI

In my Fish Fry this week, I throw down the gauntlet against Watson the IBM Jeopardy competitor and explore the role of artificial intelligence in the world of electronic engineering.  I also investigate a new Internet for robots, FPGA design tools in the Cloud and why the Internet as we know it may be in peril. Also this week, I reveal last week’s nerdy giveaway winner and announce another even more fabulous nerdy giveaway for this week.

If you like the idea of this new series, be sure to drop a comment in the box below. I appreciate all of your comments so far, and we will be working to enhance the Fish Fry each week – as long as you’re watching.

Running Out of IP Addresses

RoboEarth – The Internet for Robots