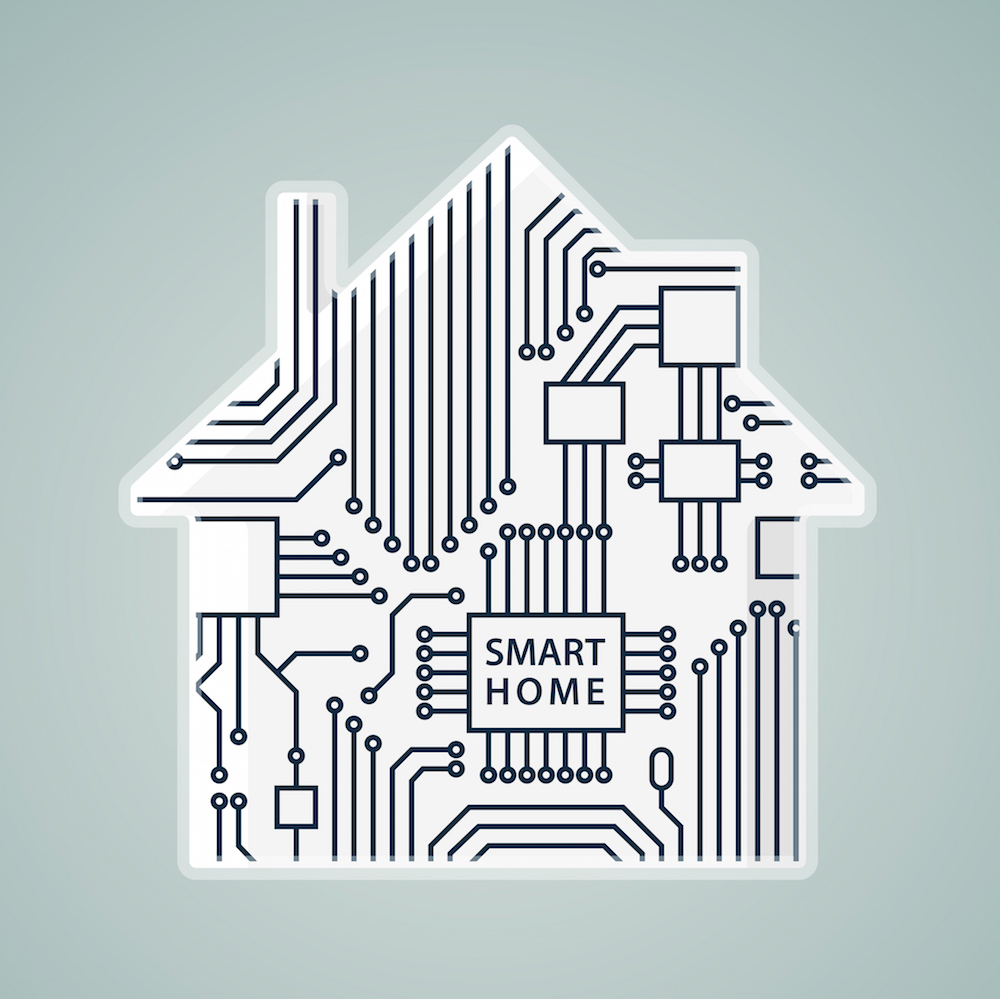 “A new gadget that lasts only five minutes is worth more than an immortal work that bores everyone.” – Francis Picabia

The great thing about standards is that there are so many to choose from. If you’re outfitting your “smart home,” you can select from underlying technologies like ZigBee, Wi-Fi, Z-Wave, Thread, Insteon, Bluetooth Low Energy (BLE), and assorted vendor-specific alternatives. It seems that everybody wants to combine home automation, IoT, and wireless mesh networking. It’s a problem with no shortage of solutions.

Right in the thick of all this is Silicon Labs. The Austin-based company has been peddling low-power MCUs for consumer applications for years, and the company plays no favorites with its wireless protocols. It has chips to support most of the well-known wireless protocols, plus at least one of its own, not to mention the capability to define and create your very own network standard, should you decide to go down that rabbit hole.

Although Silicon Labs officially doesn’t play favorites, the company has been betting big on one standard in particular: Z-Wave. It paid $240 million to acquire the entire Z-Wave product line from Sigma Designs just a few months ago. And it’s just overhauled its Z-Wave product line with the technology from another acquisition, its $170 million purchase of Norway’s Energy Micro from back in 2013. Between the two, Silicon Labs has beefed up its commitment to Z-Wave considerably. Which should be good news for developers.

This week’s news is the announcement of the new Z-Wave 700 platform, the new top end of the company’s existing Z-Wave lineup. It’s the citius, altius, fortius upgrade for Z-Wave designers that promises lower power and longer wireless range.

Like Microsemi’s announcement last week, this also marks a change of CPU architecture. Previous Z-Wave chips were based on Silicon Labs’ paleolithic 8051 architecture (do people still make those?), but the new generation is based on ARM. Specifically, it’s the ARM design it acquired from Energy Micro five years ago. Silicon Labs was already an ARM licensee, but the company has since deprecated its entire Precision32 family of ARM-based chips in favor of the newer Gecko designs. The Precision32 chips barely rate a footnote on the Silicon Labs website, while Gecko parts are front and center.

The switch from 8051 to ARM Cortex-M4 naturally brings a big leap in performance and this, somewhat counterintuitively, is what enables the power savings and increased range. By making the new Z-Wave 700 MCU smarter, it’s able to process packets more quickly and thus shut off the power-hungry RF elements more aggressively. That, plus a switch to 90nm fabrication, combined with Energy Labs’ circuit-design wizardry, makes for an overall 3× power savings, according to the company. The new hardware doesn’t need an external SAW filter, which reduces hardware cost a bit while making it easier to homologate a single design for multiple international markets.

The change in CPU could be a bit of a problem for existing customers, so Silicon Labs is heading off any developer revolt by supplying all the middleware for free. The company touts its “software building blocks” for the Z-Wave 700 by saying that they provide almost everything a programmer would need, apart from obviously product-specific code. Indeed, the company hinted heavily that using their precompiled building blocks would be mandatory. If you want to get your Z-Wave product certified – and you do need to get it certified – you’ll have to use Silicon Labs code.

Also mandatory is a previously optional element called SmartStart. This is an ease-of-use feature that makes it simpler for unsophisticated end-users to configure their new gizmos and connect to a Z-Wave network. As smart home gadgets become more common, it’s important that they be idiot-proof. The profit margin on a $29 light switch doesn’t cover a lot of tech-support calls.

Unlike a lot of other consumer-level mesh networks, Z-Wave products are always branded with the Z-Wave logo, so end users know they’re getting a Z-Wave device, whether they understand what that means or not. (Just yesterday, a friend told me he’d bought a “Z-Wave light switch,” thinking that was the manufacturer’s brand name. Great news for Z-Wave backers like Silicon Labs; less so for Jasco, the company that actually made his light switch.)

Consumers probably don’t care, must less understand, which smart home wireless technology they’re using. They just want their gadgets to work together. Longer battery life would be nice, too. Oh, and it should be cheap. And available for impulse purchase at retail outlets. Z-Wave checks all those boxes, and a few more. Its (relatively) modern ARM Cortex-M4 processor core will please new developers while inconveniencing old-school 8051 coders as little as possible. Silicon Labs is keeping a tight rein on the underlying software to guarantee that setup, interoperability, and security all meet their standards. Developers are welcome to get creative with user interfaces, but don’t mess with anything under the hood. Like the gadgets it powers, Z-Wave 700 is designed to be an appliance. Just switch it on and it works.