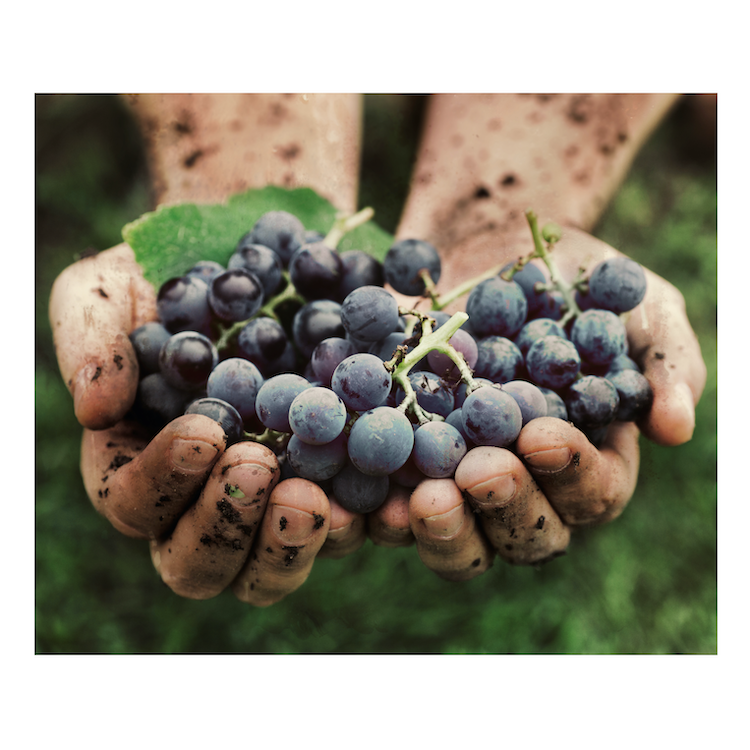 Winemaking is an occupation steeped in tradition, to mix my metaphors. Winery websites feature richly sepia-toned photos of rugged Old World types squeezing the soil through their hands, gazing at grape clusters, and extolling their great-great-grandfathers’ foresight in planting head-trained Zinfandel vines with original rootstock in the rich alluvial soil of Napa Valley. It’s enough to drive you to drink.

It’s also a business that seems immune to technology – indeed, that deliberately shuns and avoids it, at least publicly. But there’s some tech in the back room, behind the French oak barrels, stained aprons, and stemmed glassware. It just doesn’t touch the grapes.

Like any artisanal businesses, the hard part isn’t crafting the product, it’s selling it. Unless you can turn a profit peddling your organic free-range T-shirts, conflict-free coffee, or old vine Cabernet Sauvignon, it’s just an expensive hobby. Low tech needs high tech to get goods out the door, or the doors won’t stay open for long.

Two new startup companies popped onto my nerd journalist radar recently, based 30 minutes apart from each other in California’s wine country. Time for some “field” research.

One of the biggest hurdles to selling wine is shelf space. There isn’t enough of it. Even the biggest grocery store chains or beverage markets carry only a few hundred bottles, and these represent a tiny fraction of the wines available. Napa Valley alone is home to more than 500 different wineries, and a retail store will stock perhaps two dozen of those. How do the other 95% sell any wine?

Restaurants, wine clubs, subscriptions, and direct-to-consumer sales make up the lion’s share. Many wineries – most of them, in fact – have no retail presence at all. When they say, “Not available in stores!” they mean it. Without any big distribution deals with major retailers, these small family-run businesses have to find their customers one by one. That’s where the new tech comes in through the back door.

Napa-based VinePals helps locate and retain customers, while CompleteDTC in nearby Healdsburg helps manage the business. VinePals operates a series of Wi-Fi hotspots throughout the Napa Valley and downtown San Francisco. The idea is simple enough: offer free Wi-Fi, but in a way that benefits both the wineries and their visitors.

Like most wireless access points, VinePals’s hotspots know each client’s MAC address, which is globally unique. By sprinkling these hotspots around hundreds of local wineries, VinePals is able to follow a winery visitor’s path up and down the valley and build a rough map of their progress.

MAC addresses aren’t useful, however, unless they can also identify the visitor and convert them into a customer. VinePals asks users for their name and an email address (or a text number). Tim Bergman, CEO of VinePals, says about 25% of users sign in, with the percentage increasing to about 50% in areas with poor cell coverage (think wine cave or remote vineyard). Over 250,000 people have registered so far, and VinePals’s hotspots have collected over a billion data points (pings and logins) over the past five years.

That’s useful data for a winery because now they have a name and contact information for visitors using their hotspot. VinePals allows a venue to see only the data from people who’ve visited that physical location. Data from users who sign in elsewhere isn’t shared. It’s the modern equivalent of dropping your business card into a fishbowl. Wineries can now market themselves to a self-selecting group of visitors they might otherwise not meet. There’s also a companion mobile app for customers who want to stay in the loop.

“Kudos to those who come to enjoy the wine country experience without playing on their phone,” says Bergman. “For those who do, we want to be a part of that journey.” Because MAC addresses are unique, VinePals can rebuild a visitor’s path retroactively, even if they didn’t sign up until late in the trip. If Customer X visits Venues A, B, and C anonymously before signing in at Venue D, VinePals can connect those earlier visits – as well as future ones. A customer returning next month or next year can be greeted with an electronic Welcome back! message or special offer. VinePals can also distinguish “walk-bys” from real visits based on dwell time. A user who happens to pass by a hotspot but doesn’t stop isn’t as interesting as one who spends an hour in the tasting room. It can also separate the locals from the tourists: commuters pass by the same hotspots every workday.

Even though VinePals collects next to no information from users, it’s still useful to the wineries. A rule of thumb is that it’s 5× to 10× more expensive to find a new customer (via advertising, special offers, sales, etc.) than to retain an existing one. A visitor who stops by the winery but doesn’t buy anything is lost forever, but one that the winery can email or text is a potential purchaser, wine club member, or advocate for the brand.

The toughest part, says Bergman, wasn’t creating the backend database, but simply plugging in the hardware. “Most locales already have Wi-Fi for employees, but it’s locked down and not open to guests,” he says. “Some poor employee has to write down the password on a strip of paper like a fortune cookie and hand it to customers. It’s a mess and the IT people hate it.”

VinePals initially bought white box access points in bulk, flashed the firmware, and physically installed them on customer premises. That presented a slew of problems – cobweb-filled network closets, security concerns, finding power, etc. – so they switched to a more modern approach. Given that most wineries already have some sort of semi professional wireless network, VinePals simply piggybacks on that Cisco or Ruckus gear. “Now we just create an SSID, point at our database API, and allow venues to collect their data. It’s all SaaS.” Customers get free Wi-Fi and wineries get a constant funnel of qualified new customers.

If network management and customer acquisition aren’t in the average winemaker’s wheelhouse, managing their inventory, accounting, fulfillment, payment processing, and government compliance are even less so. Tech-entrepreneur-turned-winemaker Ridgely Evers developed CompleteDTC (“direct-to-consumer”) to solve that. It’s an all-in-one software package that aims to handle everything about winemaking that isn’t, you know, actually making the wine.

“[Winemakers] have neither the time nor the expertise to manage multiple software and service vendors, much less keep disparate sets of data in sync,” says Evers. “And history shows that if data is in two places, at least one of them is wrong.” It’s sort of like Microsoft Office or Lotus 1-2-3 for winemakers like himself.

Small wineries subsist on direct-to-consumer sales, either in-person through their tasting rooms or by regular shipments to wine club subscribers. Wine memberships are a lot like the old 1980s-era Columbia House record clubs: free to join but with a minimum purchase requirement each year. Subscribers get a discount on wine, and wineries get a semi-guaranteed base of customers. For a lot of wineries, that’s the only way they sell. Keeping that sales funnel full, so to speak, is important.

Between the two companies, winemakers should be in good hands. Even if those hands are dirty from posing for all those photos.