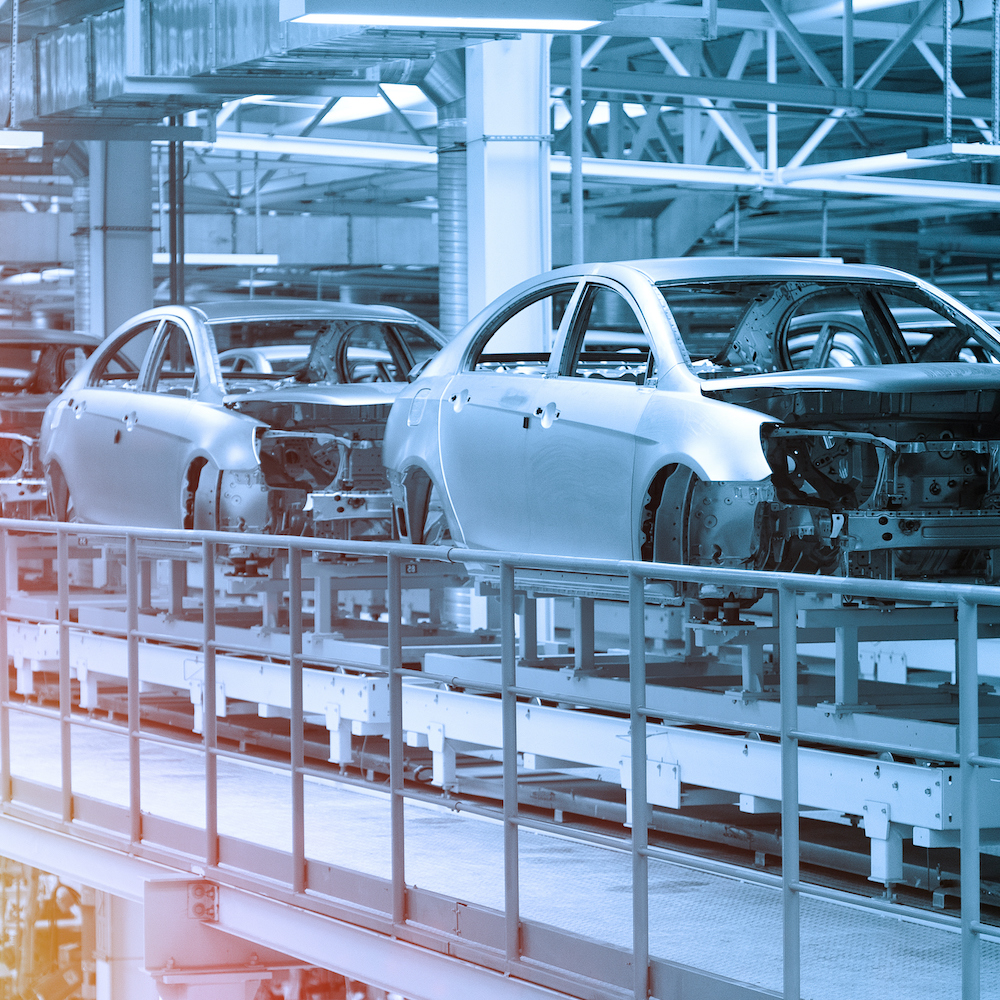 When Is the Chip Supply Coming Back?

Supply Shortages in Semiconductors Hurt Automakers and Others
by Jim Turley

If your new car doesn’t come with the radio you wanted, blame Japan. Or Korea. Or the United States, UK, Brazil, The Netherlands, Taiwan, France, or (like Monty Python) the Belgians. It’s all their fault.

Your shiny new “German” car will include assemblies and components from all over the world. Indeed, there’s really no such thing as an American car or Japanese car or – heaven help us – Italian car anymore. They’re all global, with barely half of any one vehicle’s components originating in the country in which it’s built. That is one big, complex supply chain.

Which means any disruption in the supply chain is likely to ripple throughout the entire industry. That’s true whether you’re making cars, blenders, cloud servers, refrigerators, or laptops. But automakers are having the biggest supply headaches right now, and it’s because they can’t get enough chips.

Electronics now account for about 40% of the cost of a new car, up from about 20% in 2007. So, if a carmaker runs short of microprocessors, ROMs, or interface components, it’s just as bad as running out of steel, glass, or rubber. They might as well stop the assembly line.

Indeed, that’s exactly what the world’s automakers have done. They’ve halted production, turned off the lights, and sent workers home, all because they can’t get enough silicon. General Motors is temporarily closing four plants (in Kansas, Canada, Mexico, and Korea). Ford, Nissan, Fiat/Chrysler (now Stellantis), Toyota, and Volkswagen have all followed suit. That’s some expensive hardware chassis sitting around waiting for chips.

How’d we get into this mess? The ultimate blame lies with a tiny virus, of course, but the abrupt downturn came when automakers saw a steep drop in sales in the early part of last year, whereupon they stopped ordering electronic subassemblies from their suppliers, hoping to bleed down the inventory they already had. Electronics manufacturers, in turn, halted or reduced production of automotive chips and boards and redirected their capacity to other types of devices that were still in demand. Products on their way to Detroit or Stuttgart got detoured into servers, laptops, and IoT gadgets – areas that all saw a growth boom last year. Semiconductor sales were up last year – just not to automakers. It’s no coincidence that NXP and STMicroelectronics, both big suppliers to the auto industry, dropped out of the Top Ten as MediaTek and nVidia took their place. Don’t forget, too, that those numbers are for revenue, not units, so stiff price increases offset a drop in unit volume. It’s capitalism at work.

When car sales rebounded late last year (somewhat unexpectedly), chipmakers were caught flat-footed. Distributors were out of stock, fab lines were already humming with a different product mix, and production had to ramp up all over again.

Refilling the supply pipeline takes time. Distributors had to build up inventory and assemblers in the electronics contract manufacturing (ECM), and electronics manufacturing services (EMS) businesses had to dust off their workbenches, too.

Moreover, the distributors and assemblers weren’t inclined to reward the customers who’d stiffed them so abruptly. “When things get back to normal, you go to the back of the queue,” says Dev Rai, Vice President of Global Sourcing at Sourcengine, a components marketplace.

Contract manufacturing is a tough business with razor-thin profits. ECM/EMS firms survive on just 1% or 2% margins, says Rai. That’s why outsourced manufacturing is popular with electronic OEMs, but also why the supply chain is so volatile. Contract manufacturers can’t afford to keep inventory in house; they flip it constantly to keep the cash flow going. When orders dry up, so does the backlog of components. When orders restart again – as they are now – they have to wait for new components to arrive before they can start assembly. Hence the months of delay.

Somewhere between a half-million to a million cars will be delayed or simply not produced, depending on which industry analyst you talk to. And things aren’t likely to get better for several months. Sourcengine’s Rai says the shortages will persist for at least another six months, and that it will get worse before it gets better.

How did things get so bad, and how do we avoid a repeat in the future? Rai has some ideas. “Component buyers have become slaves to their own decades-old procedures and practices,” he says. “Automotive and high-end industries have strict practices regarding qualified parts. They can’t simply substitute another part number.”

There’s too little flexibility in the bill of materials, in his view. Design engineers spec a particular device and the buyer is handcuffed to that part number. Finding and qualifying an alternative is cumbersome, and it’s not really anybody’s job. As long as the supply chain is full and flowing, that’s no problem. But when supply tightens, finding pin-compatible replacements suddenly interests everyone from the CEO on down.

“Buyers need to let technology help them make better decisions,” says Rai, with just a hint of salesmanship. His company keeps tabs on distributor inventories throughout the world and maintains an ever-growing database of functionally compatible components. The idea is to quickly query Sourcengine looking for alternative sources for approved components, or if none are available, to suggest alternatives.

“No one person [in Purchasing] can handle 500 different part numbers and 5,000 emails out to vendors, and then process all the replies” looking for alternative components. Instead, Sourcengine recommends functionally identical replacements, which the purchasing manager can then present to engineering. If the engineers give a thumbs-up, it goes on the approved list. “It’s a marketplace for buyers,” he concludes.

Not everyone suffers in a downturn. Stock prices for semiconductor companies – and particularly for American semiconductor companies – have boomed in the last year. Rai singles out Micron, Microchip, and Xilinx as the big winners. He’s not wrong. Micron’s share price has more than doubled since March of 2020, Microchip is also up more than 2×, and Xilinx has nearly doubled in the same time period. Collectively, they (and their investors) have raised billions. Chipmakers may squawk about the miserable market conditions, but it’s mostly crocodile tears. No new car for those people.