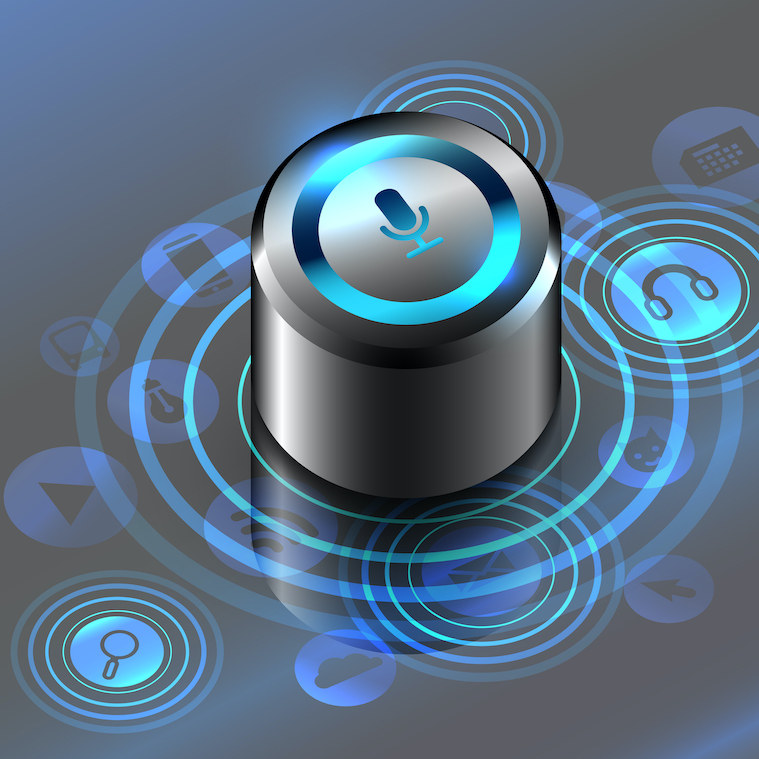 Science fiction is all about “what if.” What if there were no gravity? What if apes developed an advanced civilization after our own? What if we’re living in a computer simulation?

What if voice-activated gadgets used a lot less power? Would that change the way people use them, or make them more useful, or open up new applications? What if?

Tiny fabless chip company Ambiq spent a lot of effort to answer that question. As Marc Miller, Ambiq’s Director of Solutions Marketing, describes it, “We think there’s a big untapped opportunity for voice apps.” Right now, people talk to the voice assistant in their phones, and maybe to an Amazon Echo or their car’s navigation system, but that’s about it. There are voice-activated TV remotes, but few people seem to use them. There are even voice-activated refrigerators and microwave ovens, but very few people talk to those. On purpose, I mean.

Ambiq believes that power is the issue and has leveraged its unusual SPOT (sub-threshold power optimized technology) design and fabrication technique to prove the point. SPOT enables very low-power digital devices, like the company’s Apollo4 MCU family. Now the company is pairing its MCUs with a software development kit for voice-activated applications.

Current voice-activated gadgets are compromised, says Ambiq, because they’re not very good. Push-to-talk buttons are a necessary evil to reduce power, not to help the user. Early smartphones, cars, and TV remotes all needed a pushbutton wakeup for the voice feature because leaving it on 24/7 used too much power. Changing the power equation would change the usage model.

A second problem is distance. Most voice-activated devices need to be nearby, and you need to talk directly to them. That’s because it’s hard to separate voice commands from background noise, and it gets exponentially harder with distance. “Near field” devices will work within about a 1-meter range, but a “far field” device with a 3-meter range would be a game changer. No more walking across the room to talk to Alexa.

Ambiq thinks it’s solved both of these problems with its Apollo-based hardware and software development kit, called Voice-on-SPOT (VoS). It comes bundled with a Vesper analog microphone and software from DSP Concepts, Sensory, and Retune DSP. Miller says analog mics like Vesper’s use about one-tenth the power of digital mics, which have their own (comparatively inefficient) A/D converters. Better to let the low-power Apollo MCU do that, he says.

To jump to the conclusion, Ambiq says a voice-activated remote control using its technology can run nonstop for well over a year on a pair of AAA batteries. And it can handle far-field (3 meter) activation with just a single microphone, not an array of microphones like other products. As a result, Ambiq thinks this may change the game and make voice activation viable for smartwatches, game controllers, smart TVs, wireless speakers, wearables, and other consumer gizmos.

As part of its tests, Ambiq conducted weeklong trials in employees’ homes. They would use the voice-activation features (or not) in a real-world setting with pets, children, background noise, and lost remotes under the sofa. The intent was to profile hardware and software duty cycles, measure performance, gauge accuracy, and compare near and far behavior.

After a week of near-field testing, they found that the system was in its dormant state for about 95% of the total time, or a little under 23 hours per day. In this mode, the microphone is awake but the MCU is stopped. If the mic detects a spike in sound pressure level, it wakes the MCU, which ticks over at 1 MHz in low-power mode to do a first-pass analysis of the signal. This intermediate state averaged only about 15 minutes, or 1%, of each day.

If that initial analysis decides that someone was speaking, the MCU would accelerate to 18 MHz and begin processing the audio to detect wake words or commands. This third mode totaled about an hour out of each day, or 4% of the total time.

Far-field testing in the same household changed the percentages slightly. Dormant time fell by about an hour per day, to 90% from 95%, with the intermediate and active duty cycles taking up the slack equally (2% and 8%, respectively). Ambiq’s Miller says the increased ambient noise levels make it harder to detect voices in far-field testing, hence the rise in active-duty time.

Nevertheless, Ambiq says its system can run for 409 days on two AAA batteries. That estimate is based on 2500mWh from the batteries, a 92% power conversion factor, and the usage model similar to the one it created above. That last assumption turns out to be critical.

Reinforcing the standard 90/10 rule, the system spends 90% or more of its time in dormant mode, which consumes only 0.59 mWh, or 10%, of the total power budget. The 2% it spends in intermediate mode consumes another 10%, and the final 8% where it’s actively processing audio eats up almost two-thirds (62%) of the total power. The rest goes to Bluetooth BLE communication with a presumed base station, plus miscellaneous hardware I/O.

In terms of energy expended per unit of time, BLE is the most power-hungry feature by far, with 0.55 mWh (9% of total) over a scant 6 seconds per day. Wireless communication is, by definition, pouring energy into the air.

That all sounds pretty good. A consumer device that runs for 13 months or so on a pair of cheap batteries while monitoring voice commands continuously 24/7, with no button presses and no particular need to speak directly into a handset or remote, sounds like an improvement. Wearables would probably have a similar usage profile, though without the need for far-field recognition and with smaller batteries.

It’s hard to say whether market adoption of voice-activated products is limited by battery life or by some other factor of customer acceptance. But Ambiq has a way to remove at least one variable from that equation.

One thought on “Voice Activation Gets More Efficient”