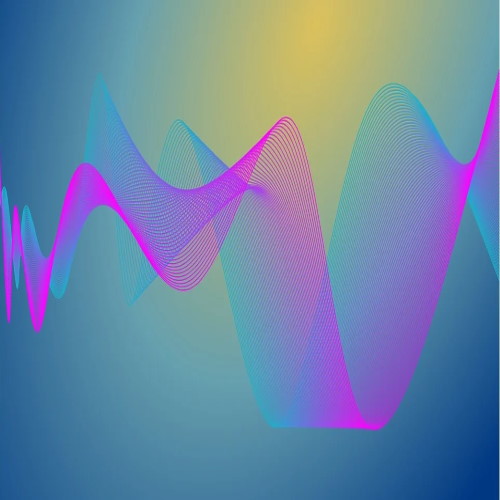 OMG! I only just got used to the idea of USB 3.0, 3.1, and 3.2, and now I find that something called USB4 is barreling our way like a runaway freight train. USB4 supports signals with such high speeds that they need a special form of conditioning called ReTiming. Fortunately, the folks at Kandou have us covered.

Sometimes I like to play a little game in which I do my best to delude myself that I have a clue as to what’s going on, and then the world rears up and slaps me in the face with a metaphorical mackerel, which tends to make one’s eyes water, let me tell you. Such was the case with USB4.

A few days ago, I had a video conference with Dr. Amin Shokrollhi, who is the founder and CEO of Kandou, and Brian Holden, who is vice president of standards at Kandou (Brian also serves as president and fellow of the HyperTransport Consortium).

The purpose of our chat was for them to brief me on Kandou’s USB4 ReTiming technology. To be honest, on the basis that I’d never even heard of USB4, I assumed that this was far enough in our future that I didn’t need to worry about it. However, I had a quick Google while no one was looking, only to discover that version 1.0 of the USB4 specification was released in August 2019, which is two years ago as I pen these words.

All I know is that I’m too young for all this excitement. I find myself increasingly thinking about the 1961 musical Stop the World — I Want to Get Off with music and lyrics by Leslie Bricusse and Anthony Newley (a movie version was made in 1966). As an aside, I only now discovered that this play’s title was derived from a graffito (even better, I also just discovered that the word “graffito” is the singular of “graffiti,” that “graffiti” can be used for both plural and singular, and that “graffito” is rarely used outside of archeology… until now, because I intend to use it whenever I can squeeze it into the conversation). But we digress…

Before we proceed, let’s briefly remind ourselves that — as we discussed in my The A, B, C of USB for Beginners column — I grew up in the dark ages at a time when any talk of any form of USB-like interconnect technology would have been considered a pipe dream.

I can’t help myself. Regarding the previous sentence, have you ever wondered where the expression “pipe dream” came from? Well, as a rule-of-thumb, I have little respect for grammarians in general and for prescriptive grammarians in particular (I have no axe to grind with respect to descriptive grammarians — those who listen to how native speakers talk and record this as being the way real people do things). By some strange quirk of fate (one that would have my old high school English teacher rolling in her grave), I’m currently working on a book: Wroting Inglish: The Essential Guide to Writing English for Anyone Who Doesn’t Want to be Thought a Dingbat. The intent of this tome is to explain grammar and punctuation to engineers in a fun and interesting fashion (I do enjoy a challenge). The reason I mention this here is that in the chapter What is Grammar? I say the following:

So, here’s the ghastly truth — spoken language (accompanied by a collectively accepted grammar) comes first; written language comes next; and then we have herds of grammarians stumbling along behind telling the rest of us we’re doing everything wrong, and that the world would be a much better place if we did things their way. These sad fellows, with their stooped shoulders, nervous tremors, and complete lack of personality (which explains why they are so rarely invited to parties) are presented with the unenviable task of attempting to retrofit grammar onto a living, breathing, and constantly evolving language. One might almost feel sorry for them if they weren’t such complete and utter drongos who have caused so much pain and suffering for the rest of us.

Having said this, I do have a lot of respect for the folks at the Grammarist. You can learn a lot of interesting stuff on their site. In the case of their pipe dream entry, for example, we discover that:

A ‘pipe dream’ is an unrealistic and unattainable goal, an impossible hope […] ‘Pipe dream’ stems from the practice of smoking opium […] In the mid-1800s to the late 1800s, the western United States was rife with opium dens […] The experience of smoking opium caused the user to hallucinate […] these hallucinations were called ‘opium dreams,’ ‘opium pipe dreams,’ or ‘pipe dreams.’

So, “put that in your pipe and smoke it,” as they say. And, of course, I can’t even say “pipe dream” without thinking of the Pipe Dream Extravaganza that was brought to us by the techno-geeks at Animusic.com.

But, once again, we digress… Returning to my The A, B, C of USB for Beginners column, we noted that, prior to the introduction of USB, you had to power your computer down before connecting a new piece of equipment like a printer, and you also had to load a special piece of software called a driver (typically from a floppy disk; later from a CD) before you could get your computer and peripheral device to talk to each other.

All this changed with the introduction of the Universal Serial Bus (USB) standard in 1996. USB is “hot pluggable,” which means you can connect and disconnect peripherals without first powering the computer down. Also, if you are using a USB device for the first time, it either employs a standard driver, or it loads its driver onto your computer itself, or it locates an appropriate driver on the internet and downloads and installs the little rascal without your having to lift a finger.

Of course, if there is one thing that’s true in this life, it’s that we always want more. As a result, in the case of USB, we now have the following data transfer rates (where Mpbs = megabits per second and Gbps = gigabits per second):

It should be noted that USB4 will be available only by means of the USB Type-C connectors we discussed in my aforementioned column. As you will recall, one of the great things about Type-C connectors is that — unlike their Type-A, Type-B, mini, and micro cousins — we can plug them in “either way” in more ways than one. By this I mean that if we have a cable with USB-C connectors on both ends, then it doesn’t matter which end we plug into the computer and which end we plug into the peripheral. Also, the connector itself is reversible — the upper-side is a mirror image of the lower-side — so we can plug it in either way.

I think most of us are familiar with the concept of ReDrivers (a.k.a. repeaters). The idea here is that the quality of a signal degrades as it propagates down a wire. The higher the speed of the signal, the faster it degrades. Thus, a ReDriver is used to regenerate signals, thereby boosting the signal quality of high-speed interfaces.

In the case of today’s high-speed protocols, the signal is encoded in such a way that it contains both the data and the clocking information in a single differential signal. The problem is that a ReDriver only amplifies the signal and “sharpens its edges,” but it fails to address jitter, which refers to any deviation from true periodicity of a periodic signal. Thus, in the case of extremely high-speed signals, such as those associated with USB4, it’s necessary to augment any ReDriver functionality with ReTimer capability as illustrated below:

Clocks and Data and Jitter, Oh my! (Image source: Kandou)

Now, one thing that’s important to understand is that USB4 — which is based on the Thunderbolt 3 protocol specification — supports a lot of different communications protocols, including allowing the tunneling of DisplayPort and PCI Express. Implementing all of these protocols is ferociously complicated in its own right, and creating a ReTimer chip that can deal with the myriad protocol combinations and permutations supported by USB4 is a task that could be undertaken only by heroes of the highest order, which brings us back to those clever chaps and chapesses who march under the Kandou banner, singing the Kandou song, whilst flaunting their Kandou T-shirts (I take a size 3XL if anyone is interested).

Say Hello to Matterhorn from Kandou on Vimeo.

So, where might we expect to deploy these little scamps (by which I mean Kandou’s ReTimers, not its personnel)? Well, the USB4 standard allows daisy-chains of up to seven devices, which could necessitate six ReTimers. Furthermore, in the case of connections made through cables, the USB4 standard mandates that signals should be able to run over passive cables up to 80 cm, but that’s only a tad over 2.5 feet.

If we want to use cables longer than 2.5 feet — which would be most of us most of the time — then we will need to use active cables, which include electronic circuits to boost the strength and fidelity of their signals. This means that, in the case of a USB4 cable with its bidirectional signals, we are going to need a ReTimer at each end.

At this point, we should note that the spec for a USB4 active cable involves a very small power envelope. The combined electronics at both ends may consume no more than 1.5 watts, which means the power budget at each end is only 750 milliwatts. So, how much power does a Kandou ReTimer consume? All I can say is that it fits comfortably inside the USB4 specification while leaving sufficient headroom to support any other circuitry. In order to find out more, you’ll have to sign an NDA with the guys and gals at Kandou, after which they will bury you under a 1,000+ page characterization report. (Why so many pages? Because every part of the chip is characterized for all of the different timing modes.)

To the best of my knowledge, only two companies in the world are currently creating this type of USB4 ReTimer solution. On the basis that USB4 is going to become ubiquitous in the not-too-distant future, coupled with the fact that these ReTimers are going to be scattered around systems and cables like confetti, I’m currently wishing I owned shares in Kandou (LOL). How about you? Had you heard about USB4 prior to reading this column? And, if so, are you currently working on (or planning to work on) a project that involves USB4 technology?