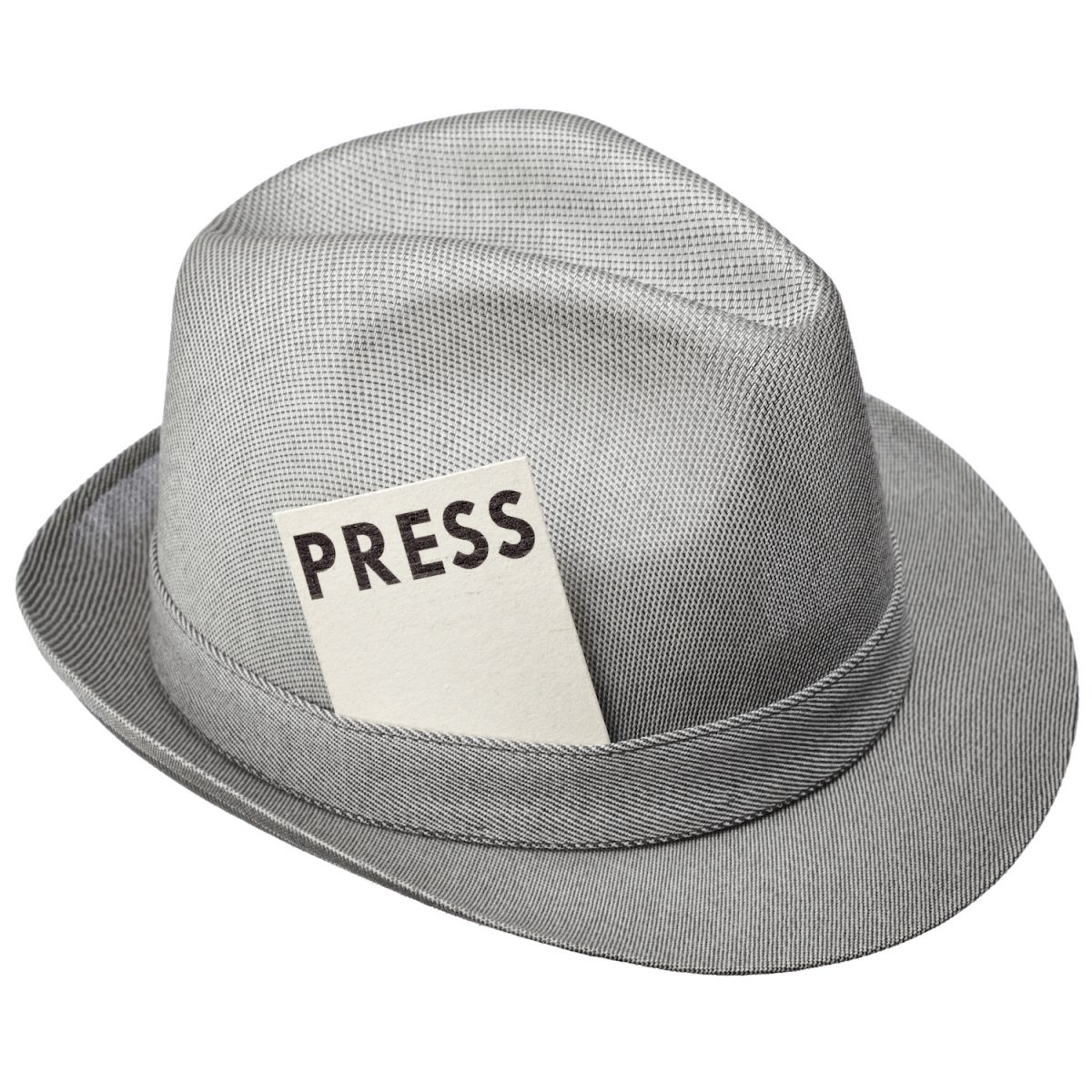 How Good PR is Like a Network Router
by Jim Turley

Pardon me while I set down my caviar.

Contrary to popular belief, being a technology journalist isn’t all champagne, private jets, and hot and cold running interns. It’s a messy job. But somebody has to do it.

It’s a combination of digging out information that doesn’t want to be found, combined with fending off propaganda that desperately wants to be published. One day, it’s the needle in the haystack. The next, it’s a needle-exchange program.

There are facts to be checked, numbers to be verified, quotes to be mined, metaphors to be tortured, and entendres to be doubled. There’s a long chain of information custody from the product makers to you, the reader, and you know what they say about the weakest link in a chain.

Chief among those links is the independent PR person. These professionals are the unsung heroes of the journalism and newsgathering industry. They connect the makers with the scribblers. What, you think we mine these gems of wisdom all on our own? Au contraire, mes amis, we rely on a large and international cadre of helpers to discover what’s news.

For the uninitiated, PR firms are independent, third-party companies that act as go-between ’twixt product companies and writers, financial analysts, bloggers, journalists, newspaper reporters, statisticians, university researchers, and anybody else who might care about what their clients do. A single PR firm will usually represent a handful of different companies, often from similar industries. For example, Acme & Co. PR might represent a dozen different semiconductor companies and maybe a few software companies. They would not, as a rule, also represent oil-drilling firms, pharmaceutical companies, or aircraft manufacturers. PR firms specialize, just like engineers do.

A good PR firm offloads the burden of disseminating company information. If you’ve ever worked for a startup, you know that you’re juggling 57 balls in the air at once, and educating some idiot journalist from the Farm Bureau Report on the finer points of your wireless mesh network topology can be a huge waste of your time. It’s important to tell your company story, but does it have to be right now?

Enter the PR agent. He, she (or, increasingly, it) can decide what company information needs to get sent where. They’ll decide if (a) what you’re doing is newsworthy at all; (b) who needs to hear it; (c) how this information is best disseminated. They’ll contact the editors at Cornhusker Quarterly (or not), or the local newspaper, or TV reporters, or specialized industry trade publications such as the one you’re enjoying now.

What they don’t do is spam everyone with a breathless, all-caps press release every time a corporate executive changes his underwear. They don’t camp out on Facebook, LinkedIn, or Twitter and fill the airwaves with propaganda just because their client wants exposure. No, good PR people know how to say, “No.”

And therein lies the skill. PR firms are paid by the product companies they represent, but they really work for the journalists (or so we like to tell ourselves). Their greatest asset is trust. Trust and dependability. Trust, dependability, and judgment. And a good filter.

There are a lot of ways to do this wrong, and they’ve all been demonstrated thousands of times. A bad, lazy, or inexperienced PR person will spam every editor, blogger, and journalist within earshot with every pseudo-announcement possible, to justify their monthly retainer. “See?!! I sent out 2,500 press releases this week!” The fact that 2,499 of those announcements wound up in the Deleted Items folder doesn’t enter into the accounting.

A good PR agent, on the other hand, will fine-tune the distribution list to just those publications that might genuinely be interested in the client’s news. And it will really be news, not just “Company X, a leading supplier of robust game-changing IoT technology AI solutions, announced no new cases of botulism in the company breakroom.”

Bad PR is like a network switch: every input goes to every output. Good PR is like an intelligent router: only the important packets get routed to their proper destination. That cuts down on a lot of wasted bandwidth. Advanced filtering and routing algorithms allow good PR firms to be useful to both the client and the scribblers.

It doesn’t take long for a PR firms – or individual agents within the firm – to develop a reputation for usefulness. There are some PR agents whose phone calls I will answer every time, because I know they’re calling with good information. They’ve done their homework and they know what kinds of products and developments we cover, and what we don’t. There’s a near 1:1 correspondence between what they’ve pitched and what we eventually write about.

(To be clear, that doesn’t mean we simply regurgitate the PR story or the company’s press releases, which – ahem – other once-proud publications frequently do. It just means that if they contact me to say that Company X is working on a new product, it’s probably something significant and interesting. Tell me more… )

It also works the other way. There are some PR firms whose email addresses have, shall we say, their own special filtering rules. They’re not spammers in the legal sense, but they do have a tendency to fill my inbox with utterly useless announcements about a new executive promotion, a change to their client’s oil and gas pipeline permits, or a ribbon-cutting at their new 1500-square-foot Topeka location.

If you’re working for a PR firm, or responsible for handling your company’s PR responsibilities, here are a few insider tips.

Don’t email me a second time to ask if I got your first email. “Just checking back…” is not a good opening line. Unless my mail server has suddenly crashed, I still have your original message. I’m ignoring it for a reason. It’s embarrassing to have to turn you down twice for the same request.

Leading by Example. There’s apparently a rule taught in PR school that the opening sentence of every press release must describe the client as,”…a leading supplier of…”. Try hard to break this rule. For starters, not every company can be a leader in its field. Second, if I don’t recognize your client’s company and what they do, I have no business writing about them and you have no business pitching them to me. This is not a blind date. We ought to have met each other by now.

Three Strikes Rule. I know, I know. It’s hard to set up conference calls between clients and journalists. It’s like herding cats. After all, your client’s executives are busy, jet-setting, globe-trotting dealmakers who aren’t always reachable by satellite phone, while journalists just sit around in their pajamas, with no deadline at all to worry about. I’m okay with rescheduling a call that we’d previously arranged. I’ll even understand if the executive is held up in Uzbekistan and you need to reschedule a second time. But ask for the third do-over and we’re done. Don’t call back.

Death by PowerPoint. Startup firms have a nasty habit of spending the first 20 slides of their 80-slide PowerPoint presentation talking about their VC funding, their founders’ educational backgrounds, and their new building. I don’t care. If you can’t describe what your firm actually does within the first three slides, I’ll interrupt your CEO/founder’s carefully rehearsed speech to ask. It might save both of us a lot of wasted time. Pretend we’re in an elevator.

Death by Tutorial. Right after the 20 slides listing your founders’ degrees, too many firms spend another 20 slides explaining how the computer industry works, often with clip art worthy of The Little Golden Book of Hi-Tech or Highlights for Children in Silicon Valley. Again, if you think your pitch needs to include such rudimentary lessons, you’re probably pitching the wrong people. Or, at least, bringing the wrong presentation.

Timing Is Everything. Back in Ye Olden Dayes of Paper, vendors would give journalists a heads-up a week or two before the information was public. This gave the ink-stained wretches time to wind up the Gutenberg press and get the issue published just in time to hit the streets on announcement day. This was called an “embargo,” and it worked well for everyone concerned. But with the modern ability to post information instantly, many vendors have stopped pre-briefing journalists, bloggers, and reporters. The “news” (if it is news) is ready to push out immediately. Which means that any time spent fact-checking, verifying, or just collecting comparative data and performing some basic competitive analysis puts the more-considered story behind the times. You can be timely or you can be accurate, but you can’t be both. Sadly, vendors and PR firms use this to their advantage, treating bloggers as mere note-takers or amanuensis, parroting the company line with no critical thinking. Thus, poorly vetted press releases often appear, verbatim, on several sites at once. The company gets its message out, and readers get the same: the company message. Let’s try to build a little lead time back into announcements, okay?

Oh, I see the valet has brought a new tray of press invitations. Must run. Ta-ta.