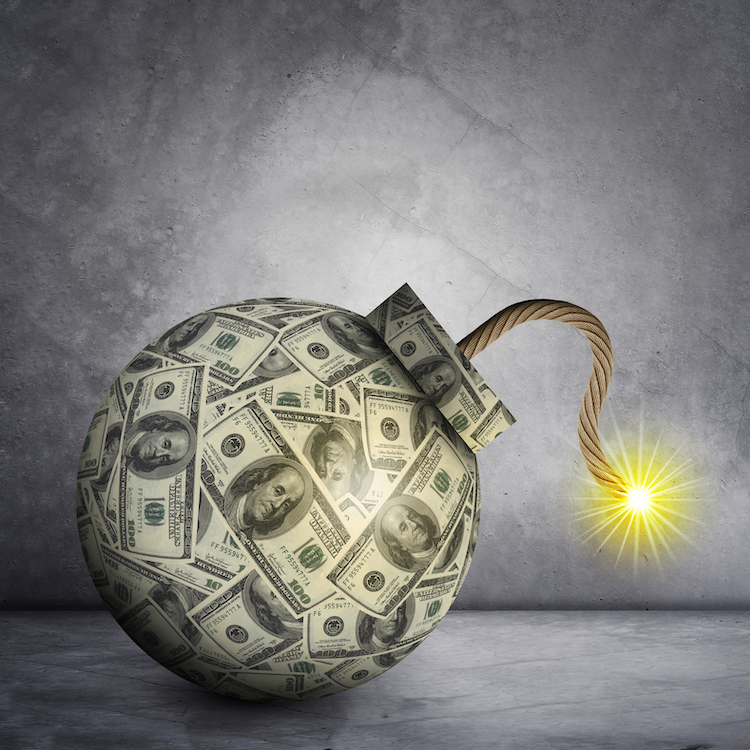 Printer Manufacturers Hoist by Their Own Petard

Once upon a time, long, long ago, printers used ribbons on metal spools that looked much like typewriter ribbons. In fact, some of them were typewriter ribbons. Then manufacturers started to develop plastic cartridges to hold the ribbons. These cartridges made ribbon installation much easier, but they served another purpose as well. They were proprietary mechanical housings. If you wanted to buy a new ribbon for your printer, you needed to buy it from the same manufacturer that made your printer. Ribbon cartridges provided a new, ongoing revenue stream for printer vendors, which made the printer manufacturers very happy because they had managed to copy the Gillette marketing model of razors and razor blades.

It didn’t take too long before the ribbon manufacturers noticed that they were not selling as many printer ribbons as they once did. They also noticed that an entire market for proprietary ribbon cartridges was being served solely by the printer manufacturers. It was a walled garden, but the garden wall was fairly low and easily circumvented. Very quickly, the ribbon manufacturers tooled up their own plastic cartridges, filled them with their own ribbons, and started selling them to printer users eager for a better deal.

Early on, I had an NEC Spinwriter printer connected to my North Star Horizon CP/M computer via a serial interface. (That was a good two decades before USB.) The NEC Spinwriter printer used a print thimble that had a complete character set loaded onto a plastic cup that looked like a blunt, overly complicated badminton shuttlecock. I printed out galleys of my first book, The Handbook of Microcomputer Interfacing, using this printer and tractor-feed paper back in 1981. That printout took a while because the machine was rated at 15 to 20 characters per second. It sounded terrific when it was operating. That printer was built like a tank.

You could buy all sorts of print thimbles with many font sets for the NEC Spinwriter, and I created a hand-patched copy of the WordStar word processor to make use of this printer’s extended character sets. With the ASCII “shift out” (SO) and “shift in” (SI) control characters, you could get special printing characters such as “½” and “£” from the Spinwriter’s print thimble.

The Spinwriter was NEC’s quite original take on daisy wheel impact printers, but the petals of the removable NEC daisy wheel were bent upwards. The NEC Spinwriter’s print thimble functionally resembled the interchangeable type balls used on IBM’s Selectric typewriter. You could get various print thimbles with many fonts including Pica, Courier, and Elite, as well as print thimbles for other language character sets such as French, German, Russian, and Norwegian.

The Spinwriter resembled the Selectric typewriter in yet another way. It used a film printer ribbon in a proprietary cartridge, and NEC felt that these ribbons were made of some gold- or platinum-like substance – instead of injection-molded plastic, mylar film, and carbon – and the company charged accordingly. Although I initially used NEC ribbon cartridges, I soon switched to 3rd-party cartridges when they became available. Most of those 3rd-party cartridges worked just fine, although a few printed poorly or jammed. (Note: Even 40 years later, I can still buy ribbon cartridges for the NEC Spinwriter, even though my two Spinwriters are long gone. That’s a testament to how well NEC built these printers.)

The same sort of thing happened with inkjet printers. When inkjet printers first appeared, only the printer OEMs sold replacement ink cartridges. But these cartridges were mostly just plastic boxes filled with ink, so they were not that hard to copy. And that’s exactly what happened. Lower cost, 3d-party ink cartridges soon sprouted like mushrooms after a rainstorm.

One of my laser printers, an HP 2200 LaserJet, is rapidly approaching its end of life because new toner cartridges are no longer available from any manufacturer, HP or otherwise, and toner refills have spotty performance records in my experience. When I use up my cache of HP 2200 toner cartridges, the printer will be useless.

Of course, the printer OEMs – including HP, Canon, and Epson – didn’t appreciate the copying of their proprietary toner and ink cartridges. They’d launched an entire industry of 3rd-party cartridge vendors but they were not happy to lose the revenue from those cartridges, especially when the printer market had become too much like the Gillette razor market. The printer vendors had cut their printer prices to the bone as an incentive for customers to pick the cheapest printer, leaving them on the hook to buy expensive printer cartridges. Printer vendors did not appreciate losing any portion of the lucrative cartridge replacement market that they’d created.

For every problem, there’s a solution, and the printer vendors came up with a terrific solution to the problem of 3rd-party cartridges horning in on the business. They added DRM (digital rights management) chips to their print cartridges. Their printers would read the chips to verify that the new toner or ink cartridge was an official product from the OEM printer manufacturer. These DRM chips and their operations were also proprietary, so there was no universal supply of, or supplier for, these chips, and copying them is not as simple as tooling up another plastic box. You needed some electrical engineering expertise to reverse engineer these chips, which completely discouraged some 3rd-party cartridge vendors and threw major obstacles in front of the rest.

However, to give themselves an escape route should any government agencies view this move as overly monopolistic, printer manufacturers usually provided a way for a printer user to bypass the DRM in the printer, but only after issuing stern and alarming warnings about damaging the printer and voiding the printer’s warranty. But, with warranties down to 90 days or so, most printers were already out of warranty, so many printer users (like me) simply ignore the warnings and buy cheaper cartridges.

I’ve been using 3rd-party ink and toner cartridges for three decades. They generally work, but you need to find the good ones because there are plenty of bad ones on the market. Fortunately, the Internet has made it much easier to share information about these cartridges online. Amazon’s customer reviews of 3rd-party printer cartridges quickly help you winnow the good from the bad, although you do need to be judicious about reading the reviews. I’m told on good authority that some of those reviews are downright false.

There’s a new twist to this story thanks to COVID-induced chip shortages. (See “How Long Will it Take for the Chip Shortage to Ease?”) Printer manufacturers are having a hard time getting the simple, cheap, disposable DRM chips they need to put into their fancy, proprietary ink cartridges. For example, Canon posted the following message on its Web sites:

“Unfortunately, due to the ongoing global shortage of semiconductor components, Canon is currently experiencing challenges in procuring specific electronic components (microchip) required for their toner and consumables. Although this will not lead to a toner shortage, from mid December 2021, they will start to introduce toner bottles without the microchip until normal supply resumes.”

I guess it’s a good thing that the printer manufacturers gave themselves an escape route. They needed it.

Meanwhile, printer manufacturers such as Epson are finally getting away from ink cartridges. Epson’s Ecotank printers have built-in ink reservoirs filled from a simple plastic bottle. It makes the ink far less expensive, but the Epson Ecotank all-in-one printer that I recently bought for my daughter cost $299, as compared to my last cartridge-based HP Envy 4520 all-in-one inkjet printer, which cost $25 on sale some six years ago. Part of the price difference between these two printers is because the Epson has an automated document feeder for the scanner, but certainly part of the difference is because of the expected revenue and profit for cartridge-based inkjet printers. Epson claims that four Ecotank ink refill bottles are the equivalent of 80 ink cartridges. That’s a significant reduction in plastic use in addition to the reduced consumer costs.

Canon now makes a similar line of refillable MegaTank inkjet printers, and, similarly, HP offers a line of refillable Smart Tank printers. These printers cost more initially, but you save on ink costs and they’re far more ecologically responsible because they keep those tiny ink cartridges out of the landfills.

Oh, and if you’re wondering about this article’s title, here’s a quote from Wikipedia:

“”Hoist with his own petard” is a phrase from a speech in William Shakespeare’s play Hamlet that has become proverbial. The phrase’s meaning is that a bomb-maker is lifted (‘hoist’) off the ground with his own bomb (a ‘petard’ is a small explosive device), and indicates an ironic reversal, or poetic justice.”