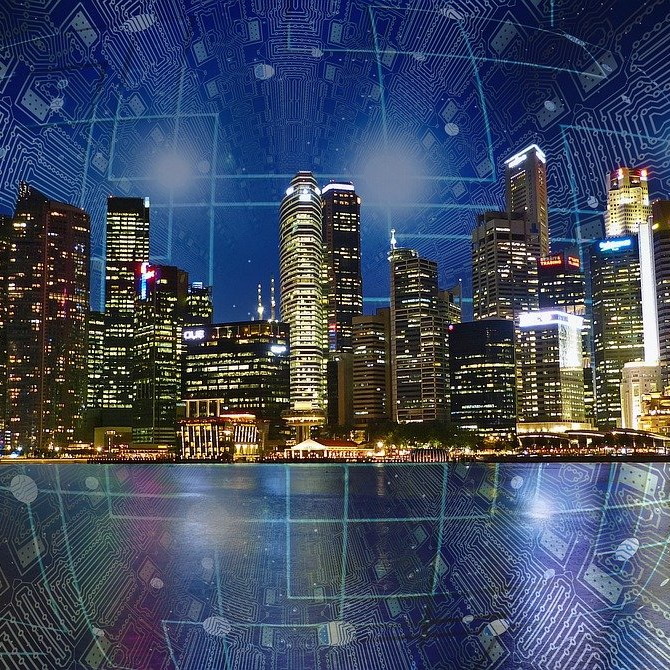 One of the myriad problems I face — in addition to (a) being persistently pursued by gaggles of groupies and (b) the fact that all of my groupies are cranky, cantankerous, and curmudgeonly old engineers of the male persuasion — is that of being inundated by barrages of information from companies scattered around the globe.

Being only human (although it pains me to say so), I tend to focus on whomever is jumping up and down and shouting the loudest. As a result, companies who aren’t “pinging” me on a regular basis tend to drop off my radar. In turn, this means that when “The Eye of Max” (you may envisage this as being a happier, friendlier version of “The Eye of Sauron”) eventually returns to fall on a company I’ve neglected for a while, I’m invariably surprised to discover what the little scamps have been up to in my absence.

One such company is Infineon. Although Infineon is one of the ten largest semiconductor manufacturers in the world, our paths don’t cross as often as they should. This is all the more surprising because all four of the business areas Infineon targets today are of interest to your humble narrator as follows:

Also of interest to me is that Infineon has acquired several companies that are near and dear to my heart over the years, such as Hitex in 2003 and Cypress Semiconductor in 2020.

In the case of the guys and gals at Hitex, one of their creations that caught my eye was the ShieldBuddy TC275 (see Everybody Needs a ShieldBuddy). This is based on the Arduino Mega footprint, which I love for its access to the vast library of Arduino Uno shields coupled with its generous complement of inputs and outputs in the form of 54 digital pins (of which 15 support PWM output) and 16 analog inputs (which can also be used as digital pins if required).

On the downside, the original Arduino Mega is based on an 8-bit ATmega2560 processor gamely running at 16 MHz with a scant 256 Kbytes of Flash memory and 8 Kbytes of RAM. Furthermore, the Mega doesn’t have a floating-point unit (FPU), which means that if you need to use floating-point operations, this will really impact the performance of your programs.

By comparison, the ShieldBuddy TC275 is based on Infineon’s Aurix TC275 processor. This little rascal, which is typically found only in high-end embedded systems, boasts three independent 32-bit cores, all running at 200 MHz, each with its own FPU, and all sharing 4 Mbytes of Flash and 500 Kbytes of RAM.

I had no sooner wrapped my brain around this when the chaps and chapesses at Hitex followed up with their ShieldBuddy TC375 (see also Gasp in Awe at the ShieldBuddy TC375). You may not be too surprised to learn that this little beauty is based on Infineon’s Aurix TC375 processor. As noted in this video, we still have three 32-bit cores, each with its own FPU. This time, however, the cores run at 300 MHz. Although each core runs independently, they can communicate and coordinate between themselves using techniques like shared memory and software interrupts.

Professional programmers won’t be astonished to hear that the ShieldBuddy toolchain — the FreeEntryToolchain from HighTec/PLS/Infineon — is Eclipse-based. This is a full-on C/C++ development environment with source-level debugger and suchlike. However, since I’m considered to be only a novice programmer on a good day, I’m delighted that the various ShieldBuddy incarnations can be programmed via the Arduino’s integrated development environment (IDE).

I could waffle on about the ShieldBuddy for yonks, but we have other fish to fry (I never metaphor I didn’t like).

As you may surmise from the combination of my previous article — ID for the IoT? We Need the IDoT! — and this column, I’ve recently been hearing quite a lot from the folks at Infineon. Just a few days ago, for example, I was chatting with Julia Fichte and Manuel Hollfelder.

I’m not sure how the topic of Rubik’s Cubes came up, but we were talking about artificial intelligence (AI) and machine learning (ML) (see also What the FAQ are AI, ANNs, ML, DL, and DNNs?). However it came about, I mentioned seeing a machine solving the Rubik’s Cube in less than a second at some tradeshow or other, and they immediately responded, “That was one of ours!”

The fastest a human can solve the cube is around five seconds. As we see in this video from 2016, the machine “Sub1 Reloaded,” which was designed by German engineer Albert Beer and powered by one of Infineon’s Aurix microcontrollers, managed to solve the cube in 0.637 seconds. That’s 637 thousandths of a second, which takes my breath away.

We should probably also make note of the fact that, in 2018, Ben Katz, a student at the Massachusetts Institute of Technology, and Jared Di Carlo created a new machine using different motors that can solve the cube in just 0.38 seconds, which includes the time required to capture the initial configuration of the cube using two cameras, the time required to perform the computations, and the time taken to actually manipulate the cube.

As interesting as this is, I fear that, once again, we’ve wandered off into the weeds. The main topic of my chat with Julia and Manuel — and the purported purpose of this column — is the fact that the Infineon imps have launched their new XENSIV Predictive Maintenance Evaluation Kit. Co-developed with IoT service provider Klika Tech, this bodacious beauty is powered by the cloud service provider AWS to offer an end-to-end solution for developers.

This kit includes one main board, one main board extension shield, seven satellite boards, thirteen satellite sensor boards, and all necessary power supplies, cables, and connectors. Also provided is all the software and documentation required to achieve a quick and easy bring-up. There’s also a bunch of currently supported test-cases/usage scenarios involving fans, drives, and motors as follows:

By means of the XENSIV Predictive Maintenance Evaluation Kit, developers can streamline their evaluations of predictive maintenance use cases, reduce their development time, reduce their engineering effort and resources, and speed their time-to-market (TTM).

By some strange quirk of fate, earlier today, the HVAC system powering my office building went on the fritz. Although it’s 82°F (~28°C) outside as I pen these words, the HVAC is gamely trying to heat the building further, the control system is locked, and the folks who manage the building are nowhere to be found. All of the office doors are open and the occupants are dripping in sweat and gasping for air.

All I can say is that I wish whoever is in charge of the HVAC had utilized some sort of predictive maintenance. When I find out who they are and track them to their (doubtless air-conditioned) lair, perhaps I’ll be able to persuade them to take a look at Infineon’s XENSIV Predictive Maintenance Evaluation Kit (assuming I still have the strength to talk). In the meantime, while I guzzle gallons of ice cold water and perspire like an Olympic champion, I welcome your questions, comments, and suggestions (although if your suggestion is to “use a mallet,” I think I’m ahead of you).