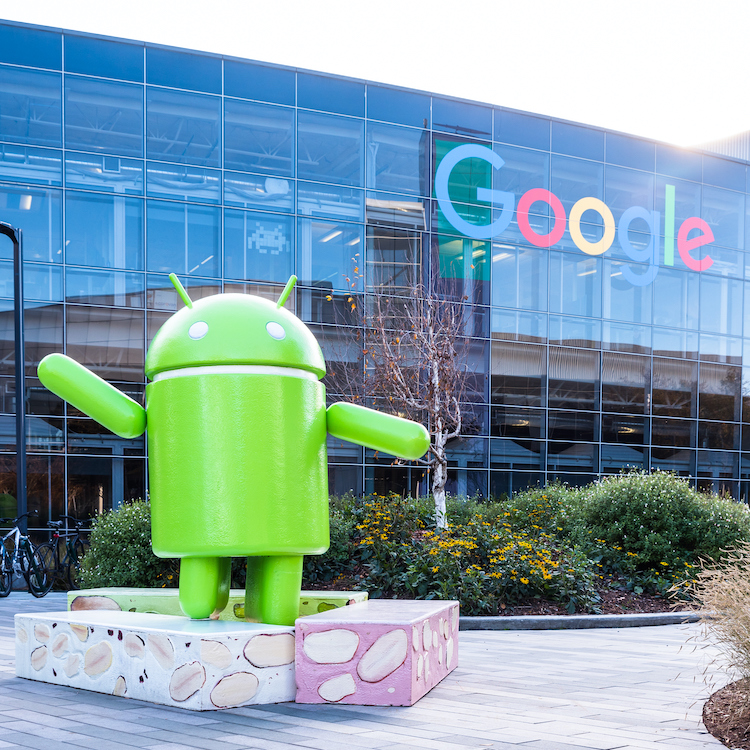 It’s okay to duplicate an API, even if you have to snarf 11,500 lines of somebody else’s code to do it.

That’s the gist of the ruling from the United States Supreme Court in the long-running case of Google v. Oracle. Left unanswered is the larger question of whether software is even protected by copyright in the first place. But if it is, cloning an API falls under the heading of “fair use.”

It may seem a bit odd to us amateur armchair legislators that you can decide something is protected by fair use without first deciding whether it’s protected by copyright law, but that’s how complex legal cases often work. They pivot on the smallest of details and closely read interpretations. The ruling was 6–2 (one judge did not participate), so the Court was fairly confident in its decision.

The practical effect of all this is that most programmers can heave a sigh of relief. It’s generally seen as a good thing for coders, unless you’re an ex-Sun Microsystems programmer now working at Oracle. The ruling finally dispels ten years of back-and-forth litigation over whether the Android operating system includes code stolen from Sun (now Oracle), or whether Android is clean and compliant with the law. It’s both.

Naturally, Google applauded the decision and Oracle slammed it, saying, “they stole Java and spent a decade litigating as only a monopolist can.” Oracle had asked for an eye-watering $9 billion in damages, citing lost revenue. Oracle argued – and the two dissenting judges agreed – that before Google and Android had entered the picture, Amazon had paid Oracle a handsome sum to license Java for use in its Kindle devices. Google also tried to license Java like Amazon had done, but then didn’t. Instead, the company simply copied the parts of Java that were necessary to make the Android API compatible with Java’s API.

In their dissenting opinion, Justice Clarence Thomas and Justice Samuel Alito wrote that Google had “erased 97.5% of the value of Oracle’s partnership with Amazon, made tens of billions of dollars, and established its position as the owner of the largest mobile operating system in the world.”

“With a free product available that included much of Oracle’s code (and thus with similar programming potential), device manufacturers no longer saw much reason to pay to embed the Java platform.”

The rest of the Court did not agree.

In the majority opinion, Justice Stephen G. Breyer wrote, “We reach the conclusion that in this case, where Google reimplemented a user interface, taking only what was needed…  Google’s copying of the Sun Java API was a fair use of that material as a matter of law.”

There are two important parts to that simple sentence. The first is, “taking only what was needed….” Even though Google reportedly used 11,500 lines of Oracle’s code to implement the Android APIs, the company added far more of its own original code. As a result, the “borrowed” code was a comparative drop in the bit bucket.

But that’s just a detail. More significantly, the court also decided that Google could not have implemented its compatible APIs any other way, so copying the code – Oracle calls it “plagiarism” – was necessary. In effect, Google’s aims were honorable but unachievable without copying.

Second, the phrase “as a matter of law” is significant. It means this ruling applies to other APIs, not just this particular one. The Court is saying this was not some weird corner case or an obscure example that somehow got off on a technicality. It’s saying that this is the right ruling, that APIs like this are covered under fair use doctrine as a matter of law. That, more than anything, will be the long-lasting legacy of this decision.

Interestingly, the Court did not decide whether software APIs are even covered under copyright law. This seems a bit counterintuitive. How can you rule on copyright fair use without first deciding whether copyright protection extends to software?

Turns out, you can. Here’s the relevant passage in the official decision (emphasis mine):

“Given the rapidly changing technological, economic, and business-related circumstances, we believe we should not answer more than is necessary to resolve the parties’ dispute. We shall assume, but purely for argument’s sake, that the entire Sun Java API falls within the definition of that which can be copyrighted. We shall ask instead whether Google’s use of part of that API was a ‘fair use.’ Unlike the Federal Circuit, we conclude that it was.”

Let’s parse that a bit. “…we should not answer more than is necessary to resolve the parties’ dispute…” means the Court is kicking the can down the road on whether copyright is applicable to software and APIs. Nope, we’re just settling this one case; we’re not tackling the larger decision because that’s not what Oracle asked us to do. Fair enough.

They then reinforce that position by saying, “…purely for argument’s sake…” Will they assume that copyright does in fact apply? We’re not saying that’s the law, only that we’re temporarily assuming it’s relevant so that we can move ahead with the real question, which is about fair use.

Finally, the Court triples down on its position by clearly stating that it’s considering a different question. Not whether the API can be copyrighted, but whether it’s covered by fair use if it was copyrighted. By such legal hair-splitting are legal precedents set.

Elsewhere the Court reiterates, “But we hold that the copying here at issue nonetheless constituted a fair use. Hence, Google’s copying did not violate the copyright law.” Sounds pretty final.

This case took ten years, multiple lower court decisions and reversals, and untold sacks of cash to reach this point. And a fine point it is. But at least it’s done.

The net effect is that it should be safer to produce compatible, competitive software products. Not easier, necessarily, but safer. You’re less likely to get sued for copying a competitor’s software API in order to produce a compatible product. The ruling is pro-competition and pro-upstart David versus Goliath (the only time you’ll ever see Google characterized as the little guy.)

“The software industry has operated under the assumption that cloning APIs and other methods of organizing functionality for decades, despite the periodic attempts by established firms to cut off their competitors [is legal]” says John Bergmayer at Public Knowledge. “So, in some ways, this decision just affirms what was thought to be the legal status quo.”

He’s right. Back in the early Silicon Valley days, everyone copied everyone else’s hardware and software. That’s how the industry grew so fast. Nobody protected their IP (they didn’t call it that then) because innovation was more important, more fun, and more interesting than protecting your business interests. That would eventually change, of course. But in a sense, this ruling returns us to those early days when it was okay to use someone else’s product as a jumping-off point for your own.

It also cements the importance of APIs as interfaces. Without agreed-upon APIs we’d have a collection of walled gardens instead of an ecosystem of interoperable products. Nobody’s hardware would work with anyone else’s, and all software would be vertical stacks from a single vendor. Nobody wants that.

For what it’s worth, I’m ambivalent about the Supreme Court decision. I’m queasy about a big company copying so much code with no repercussions. What if I’d been working at Sun Microsystems around that time and it was my code that Google swiped? That doesn’t seem right at all. As a programmer, I’d hate it.

But as a program user, it works for me. I benefit from Android’s existence, and I’m much more likely to reuse code than to create code that gets reused. I come out ahead on this deal, enough to put my legal qualms aside.

It’s tempting to adjudicate legal cases from the sidelines by cheering for your favorite company and applying pseudo-legal logic to rationalize why they should prevail. If you like Brand X better than Brand Y, then of course the former is in the right and the latter is just a bunch of trolls. But regardless of your opinions about Google or Oracle, I think Google did us a big favor.

Granted, the company is no underdog. It’s one of the few firms that could have afforded this decade-long slog through a legal system that’s supposed to ignore such pecuniary matters. Apart from saving itself $9 billion in damages (unless it spent that much on lawyers…) it’s helped set a legal precedent that should benefit us all.

Ironically, it may now be easier to compete with Android. Although the core operating system is open-source, Google adds many proprietary tweaks, like the Google Maps API or the Play Store. As Huawei discovered, you can’t produce a competitive smartphone without those, and replicating them from scratch is a tall order. Maybe now that will be a slightly less impossible task.