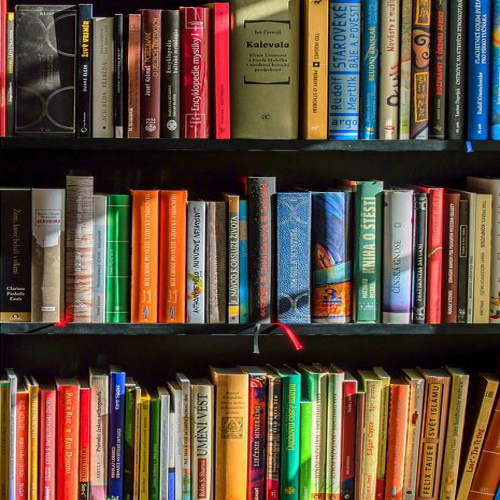 In Part 1 of my soon-to-be-famous Let’s Read Our Little Cotton Socks Off mega-mini-series, we closed with my noting that much of what I know (or, at least, what I think I know) leads me to believe that life in one form or another is pervasive throughout the universe. We also posed the question: “But what proportion of this life is intelligent?” (Truth be told, the actual question was: “But what proportion of this life is currently scratching its equivalent of a head (or an armpit) and thinking to itself ‘I wonder if there’s anything good on [the alien equivalent of] TV tonight?’” which amounts to much the same thing.)

I love science fiction. I’m currently in the process of re-watching the entire Babylon 5 TV series, which premiered in 1994 and ran for five 22-episode seasons. As part of this, I like to imagine what it would be like to live on this humongous space station (5 miles long and 0.5 to 1 mile in diameter depending on where you are) in the company of aliens.

So, what are the odds we will eventually come into contact with other intelligences? There are several hundred billion stars in our own Milky Way galaxy, and there are hundreds of billions (perhaps trillions) of galaxies in the observable universe. Estimates of the number of active, communicative, extraterrestrial civilizations in the Milky Way based on the Drake equation are all over the place depending on the starting parameters one chooses to use. Sadly, the Fermi paradox, while interesting, doesn’t add any clarity to the situation.

Until a few years ago, if you’d inquired of me as to the chances of there being intelligences other than our own in the universe, I would have answered “Of course there are.” Now, however, I’m not so sure. The problem is that I read Alone in the Universe: Why Our Planet is Unique by John Gribbin. All I can say is that “this is a bit of a downer, man” because John makes a very compelling case for the fact that—as an intelligent technological race—we may indeed be alone in the universe.

On the other hand, suppose we were to meet one or more alien species one day. What would this “meeting of the minds” be like? There are numerous books of the “First Contact” ilk that I’ve very much enjoyed, including Cradle by Arthur C Clark and Gentry Lee, Contact by Carl Sagan, Rendezvous with Rama by Arthur C Clark (again), The Kraken Wakes and The Midwich Cuckoos by John Wyndham, and—of course—Footfall and The Mote in God’s Eye by Larry Niven and Jerry Pournelle. One book that is absolutely at the top of my list in this general category is a bit of an outlier in that it combines a post-apocalyptic scenario with us sadly failing to actually meet and greet any aliens face-to-whatever. This little scamp, Songs from the Stars by Norman Spinrad, is one of my favorite reads, even though it always leaves me both happy and sad at the same time.

I’ve never been a huge fan of philosophy, largely because it makes my head hurt, although I’m a big fan of marriage, even though that often makes my head hurt also. For example, I can safely say that I can open Being and Nothingness by Jean-Paul Sartre at any page and read any sentence and—although I understand the individual words—that sentence as a whole will convey no meaning to me whatsoever. Having said this, I did enjoy A Phrankly Phenomenal History of Philosophy (Without the Poncy Bits) by John Farman. Also, I recently discovered that the basis for the ancient Greek philosopher Democritus (460-370 BC) formulating his atomic theory of the universe was rooted in a combination of a set of philosophical problems called Zeno’s paradoxes, which were devised by the Greek philosopher Zeno of Elea (490–430 BC), and by musings on early formulations of calculus. I discovered this latter nugget of knowledge in Infinite Powers: How Calculus Reveals the Secrets of the Universe by Steven Strogatz, which provides a framework for thinking about calculus, and which made me look at many things from a completely new direction.

One of the big philosophical questions, of course, is how did life start and how did we get to be where we are today? To put this another way, how on earth did earth (well, inanimate material) get up and start walking and talking? Also, while we’re here, let’s add the poser “What is consciousness?” into the mix.

With respect to these topics, there are several books that really opened my eyes and have left thoughts ricocheting around my poor old noggin to this day. The first is Life’s Ratchet: How Molecular Machines Extract Order from Chaos by Peter M Hoffmann. This awesome tome does a fantastic job of explaining how inanimate matter can spontaneously construct the complex processes that are at the heart (no pun intended) of living systems. Next, we have Wetware: A Computer in Every Living Cell by Dennis Bray, which blew my metaphorical socks off. Dennis starts by pondering how a single-cell creature like an amoeba can hunt prey cells, respond to lights, sounds, and smells, and undertake complex sequences of movements without benefit of any form of nervous system. He then moves on to discuss how cells of the same type started to hang out together, leading to simple multi-cell creatures, leading—eventually—to the current peak in evolution in the form of yours truly (and you as well, I suppose).

There are three more books that fit into this general category from my personal point of view. The first is I Contain Multitudes: The Microbes Within Us and a Grander View of Life by Ed Yong, which explains how the microbiome—the collection of all microbes, such as bacteria, fungi, viruses, and their genes, that naturally live on our bodies and inside us—helps to build our bodies, protect our health, shape our identities, and grant us incredible abilities. The second is A Crack in Creation: Gene Editing and the Unthinkable Power to Control Evolution by Jennifer A Doudna and Samuel H Sternberg, which I class as a “must read” work, but not if you want to sleep soundly at night (if you wish to learn more, you may peruse and ponder my Life as We Knew It blog). And the third is Other Minds: The Octopus, the Sea, and the Deep Origins of Consciousness by Peter Godfrey Smith, which explains how consciousness and subjective experience may have come into being, comparing our form of intelligence with that of cephalopods like octopuses and squid.

All of this talk about life in general, and alien life in particular, has made me think of the science fiction novel Heart of the Comet by Gregory Benford and David Brin. The idea is that, in 2061, humans mount an expedition to capture Halley’s Comet into a short period orbit so that its resources can be mined. Far-fetched? Maybe. But it’s worth noting that the Colorado School of Mines is already offering degrees, MScs, and PhDs in Asteroid Mining (they call it their “Space Resources” program, but we know what they mean). Returning to Heart of the Comet, when our intrepid heroes arrive at the comet and start to burrow in, and as the comet approaches the sun and its outer layers start to warm up, indigenous lifeforms start to wake up and cause problems (these aren’t intelligent lifeforms, but they certainly aren’t something you want to find in your sleeping bag).

I’m starting to scare myself. I originally thought my reading musings would form a single column. When I started work on the first column, I realized we might have to stretch to two or three. As I’m writing this, however, more and more book titles are popping up in my mind clamoring for their time to shine in the limelight. We may have started out on a long and strange voyage together, just the saying of which—you guessed it—reminded me of A Voyage Long and Strange: Rediscovering the New World by Tony Horwitz. Did you know that, by the time the Pilgrim Fathers landed at Plymouth Rock in 1620, there were already Europeans living in at least half of what we now consider to be the states forming the USA? Similarly, did you know that the Pilgrims were greeted by two Native Americans, one of whom spoke English and asked if they happened to have brought any beer with them? (That’s not the sort of thing you typically see in Thanksgiving plays.)

That reminds me of… but no! I must restrain myself. We can wander off into the weeds in the next installment of our mega-mini-series. Until that auspicious day, have you read any of the books discussed here, or has hearing about them prompted you to dig deeper, or do you have any recommendations that you’d care to share with the rest of us?