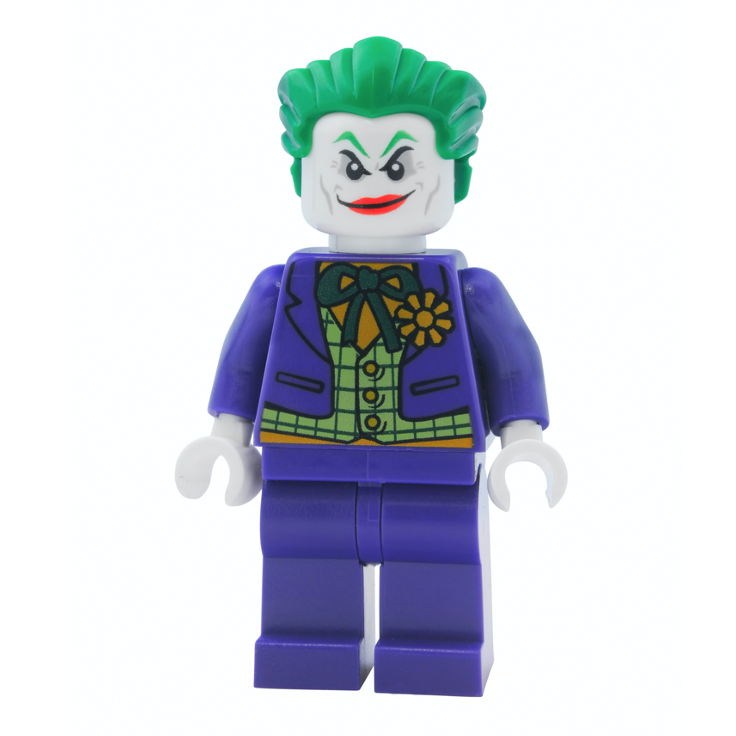 If You Thought Bitcoin was Bad, Wait Till You Get a Load of NFTs

I needed to get my wife a present for her recent birthday. What do you get for someone who says she doesn’t really want anything? You’ve probably run into this problem before with your own spouse, significant other, friend, etc. What do you get for them? If you know their digestive tastes, you might get a consumable like a bottle of wine or a Bundt cake. If they’re a reader, perhaps you’ll get them a book. If they like movies… well, going to the movies isn’t what it once was given COVID-19 and all. 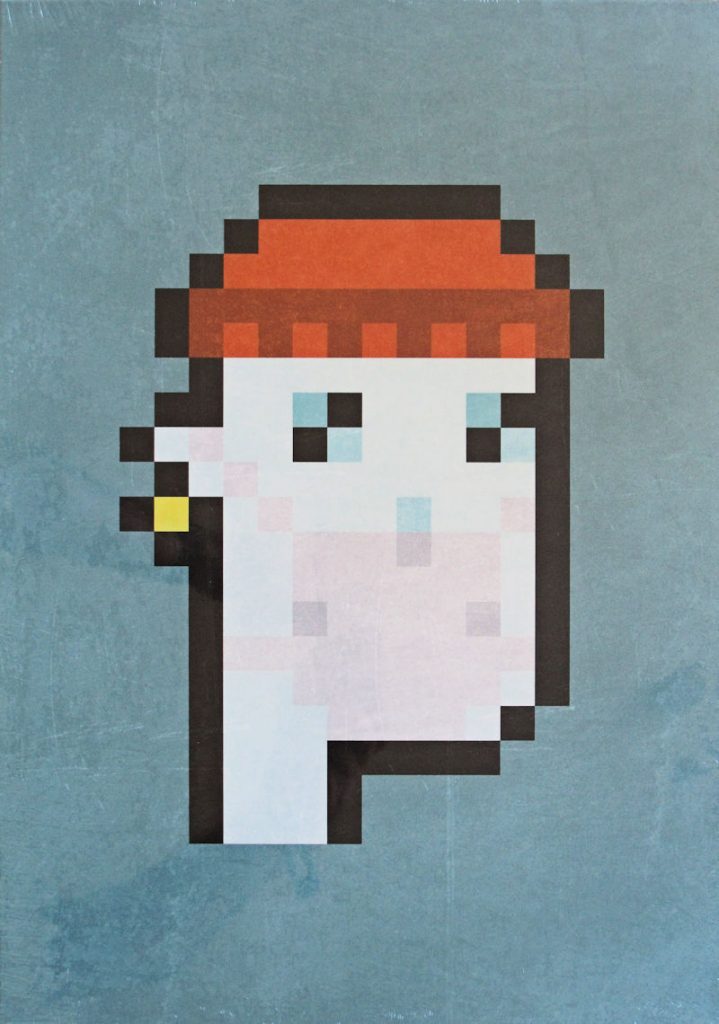 Now why would I splurge like that? Well, she’s my wife, after all.

What’s an NFT? It’s a non-fungible token, as if that clears everything up. Right… it doesn’t.

Let’s start this story at its beginning, in 2017. Here’s a description of “CryptoPunk Masked Alien 7523” from the Sotheby’s auction site:

“Masked Alien #7523 is one of nine Alien Cryptopunks. It is the only one with a mask. The growth in the NFT ecosystem and its rapid ascension to the global cultural stage must in some part be attributed to the closing of our physical world during COVID-19. As galleries closed their doors to their communities, NFTs as a digital medium and the concept of the metaverse started to resonate with collectors globally as they looked for new cultural experiences. As the physical world closed down, the digital sphere opened up. Little did the West think of the mask before 2020 and yet it now carries the heavy symbolism of an unfortunate icon of the early 21st century. This Alien, the only Alien with a mask, stands as the ultimate symbol of NFTs journey to the mainstream and, given recent times, carries more loaded symbolism to our current era – more than Matt Hall and John Watkinson could have ever imagined. Hall and Watkinson’s studio, Larva Labs, unknowingly accessorized this Alien Punk with what would become the ubiquitous symbol of the COVID-19 age. It is a symbolism that one cannot now unsee.”

Oh my. There’s so much to unpack here. If your head is hurting at this point (mine is), you can blame it on blockchain. You got that right. Once again, blockchain rears its ugly head to distort physical reality. Now if your mind is still equating blockchain with Bitcoin, you’re forgiven. Lots of people confuse the two. Here’s what I wrote about blockchain three years ago in an article titled “Blockchain is not Bitcoin—Bitcoin is not Blockchain”:

“EEJournal readers ought to be very familiar with Bitcoin by now. All of the computing fruits of semiconductor technology, including microprocessors, GPUs, FPGAs, and ultimately ASICs, have been harnessed in the frenzied search for solutions to a mathematical problem that serves as “proof of work” that entitles the bearer to Bitcoin, using the rules originally created by the pseudonymous Satoshi Nakamoto and published in a paper titled, “Bitcoin: A Peer-to-Peer Electronic Cash System” a decade ago.

Satoshi Nakamoto’s paper introduced the world to the dual concepts of Bitcoin and blockchains, and they are not the same thing. Bitcoin is a cryptocurrency. Blockchains are distributed, secure-by-design ledgering systems.

My article from 2018 discussed a talk by IBM Fellow Dr. C. Mohan during his tutorial at Hot Chips 30. The article explains that Mohan said that blockchain can be used to manage any real resource whether you’re talking about diamonds, spare parts, pharmaceuticals, food, etc. Blockchains can also manage all sorts of digital resources, most commonly Bitcoin, Etherium, and the other thousands of cryptocurrencies that have appeared, all backed by the full faith and credit of nobody in particular.

Note that blockchains don’t actually manage these resources directly. For example, you cannot stick a head of lettuce, a diamond, or a bottle of pharmaceuticals into a blockchain. You stick a receipt for that resource into the blockchain. Then you manage the receipts to track ownership. When blockchains are used to track cryptocurrencies like Bitcoin or Etherium, the distributed ledgers don’t actually contain the crypto currency; they contain a receipt for the currency.

Because the blockchain ledgers simply contain receipt records, the receipts can represent anything that can be owned. The receipt can also be considered a token, the latter part of “NFT.”

Now all we need to do is understand the non-fungible part.

Bitcoin and Etherium are fungible. One Bitcoin is identical to another Bitcoin. They’re worth the same amount of money, assuming you think cryptocurrency is actually worth anything. If two things are identical, then they’re interchangeable. If they’re interchangeable, then they’re “fungible,” which means that one item can be replaced directly by an identical item with no change in value.

Similarly, a head of lettuce or a bottle of pills are physical, fungible items. A piece of original artwork is not fungible. It’s non-fungible. That’s the first part of “NFT.”

The art world realized that blockchains could be used as receipt ledgering systems for original pieces of art and decided it would somehow be a good idea to brand these blockchain receipts as NFTs. Here’s the Sotheby’s explanation:

“NFTs are simply the latest innovation in our ability to move and share art. Over the millennia-long period from cave to canvas, art has remained remarkably undisrupted from a medium point of view. The hyper-portability of NFTs presents us with a fully bona fide breakaway from tradition. These developments do not confine themselves solely to the processes of artistic production, but also challenge centuries’ old methods of collecting. While at times the liquidity and turnover of art that crypto brings is unsettling, this is the latest step in art’s emancipation from the wall. Art now flows without mediation and at unprecedented speed. Punks, in their networked community undoubtedly stretching across all corners of the world, stand as the iconic symbol of this transition. In this the spirit of collecting and trading becomes inherent to the understanding of the NFT medium…”

If all this sounds like big-time hokum or BS to you, then you are clearly more groundling engineer than a collector of fine art. If you experience a gag reflex when thinking about getting a receipt for a 24-by-24-pixel digital image that has been replicated thousands of times on the Internet in exchange for spending $11,754,000, then join the club. I gag too. That’s why I didn’t bid on the Sotheby’s auction. (Well, not having $11,754,000 in my bank account may have also played a factor.)

Instead, Google found a company called Displate that would put CryptoPunk Masked Alien 7523 on a canvas (actually a sheet of metal). The physical piece of art cost $44 – instead of $11,754,000 – and my wife can hang it on a wall. The company’s in Poland, which I only discovered once I got the shipping notification from DHL. (Such is the reality of Internet shopping.) Nevertheless, the physical print on its steel substrate arrived in less than a week. If you want a copy of this highly valuable painting from Displate, you can find it here.

Meanwhile, you may be wondering why I bought this CryptoPunk Masked Alien 7523 painting for my wife at all. It’s not the original image. That’s just a 24-by-24-pixel digital file. The print-on-metal isn’t worth $11,754,000. But when my wife read the article about the Sotheby’s auction of the NFT for CryptoPunk Masked Alien 7523, and the auction price, she laughed about it for half an hour. Like me, she’s a groundling engineer at heart. Here’s hoping that she laughs for another several minutes every time she sees this image. Certainly that’s worth $44.

You can’t purchase an NFT for laughter using money or cryptocurrency, but you can get one for love.

Postscript: In even sillier NFT news, McDonald’s USA LLC has jumped on the bandwagon by announcing a limited edition McRib NFT for the cult-favorite sandwich, which has been intermittently available for the last 40 years. Ten lucky people can look at but not taste the sandwich with the NFT. If you want to try to win one of these ten NFTs, you need to follow the @McDonalds Twitter account and retweet the the NFT sweepstakes invitation by November 7.

6 thoughts on “If You Thought Bitcoin was Bad, Wait Till You Get a Load of NFTs”