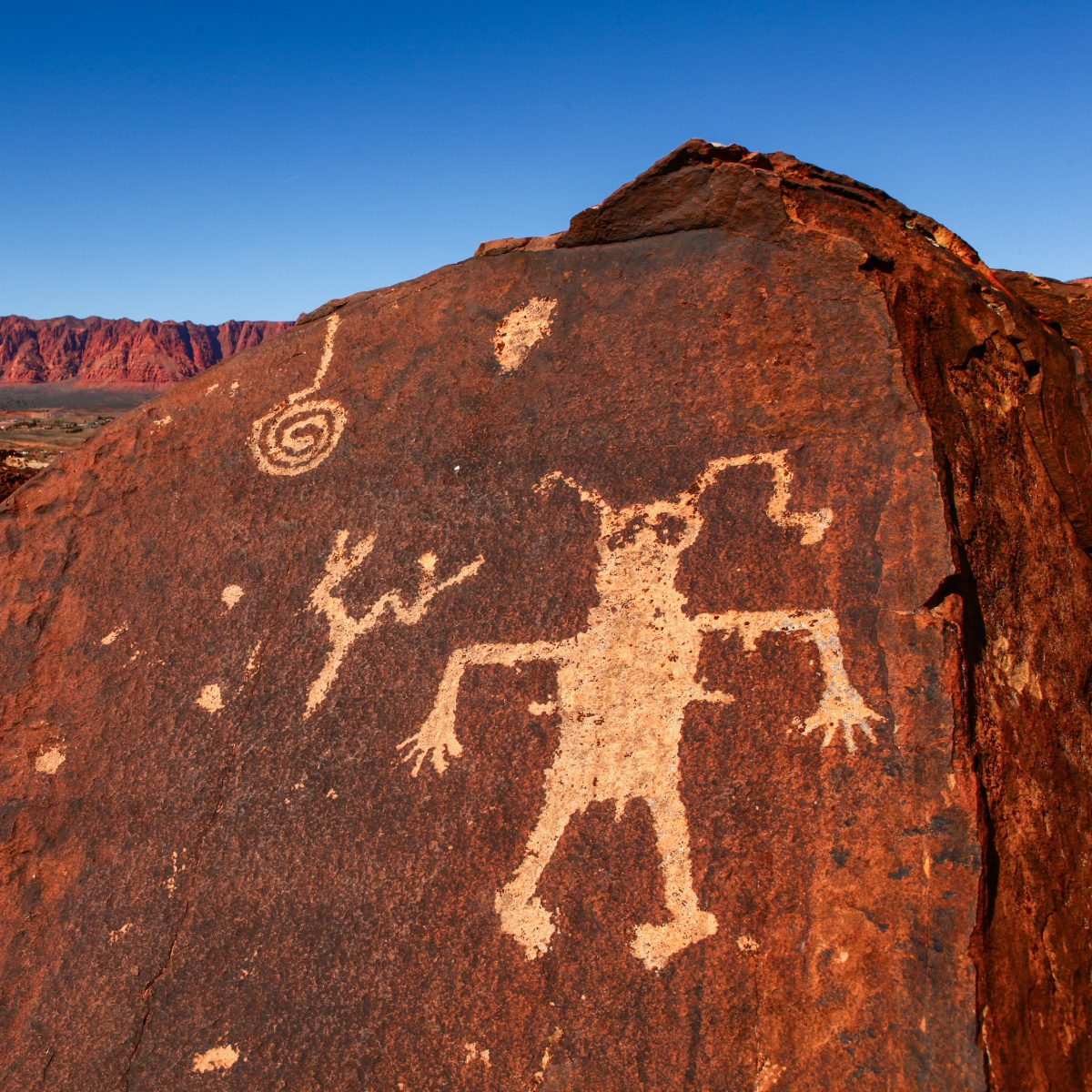 I Come to Bury the Internet, and to Praise It, Part 1

I recently moved to Ivins, Utah. Go ahead. Try to find it on a map. It’s a suburb of a suburb of St. George, which itself isn’t very large. One of many concerns during the move was getting Internet service in the subdivision where I moved. We’re a bit out of town, even for Ivins, and there are not that many choices. I’ve gotten 10 Mbps DSL Internet services from AT&T for about 30 years, first in Massachusetts and then in San Jose, California. However, AT&T no esta aqui – they’re not here in southwest Utah. After three decades, I finally needed another ISP. My options included AT&T or Verizon Wireless, two fixed-wireless ISPs (InfoWest and Kayenta Technologies), TDS Telecom – a telecom company founded half a century ago that expanded into cable TV and Internet services, and StarLink – the satellite Internet service from Elon Musk and SpaceX.

Both AT&T and Verizon claim that Ivins is in their 5G coverage areas, which is technically correct. However, the 5G those companies tout are merely cellular services in my area. They’re not the fixed wireless services that 5G promises in the future. Essentially, I’d be getting a mobile phone and 5G residential wireless services and using the phone as a hot spot. Both of these wireless companies offer “unlimited data” for these consumer connections, which is a gross exaggeration. What they offer is 40 Gbytes of data per month at full speed and then as much as you can eat after that, at 128 kbps.

InfoWest and Kayenta Technologies, the fixed wireless services in my little piece of the Great American desert, would put a small parabolic antenna on my roof, aimed at their respective local radio towers. They offered tens of Mbps in service for a reasonable price. However, my subdivision really doesn’t like visible roof antennas, unless you paint them brown to match the HOA color scheme. For the same reason, I didn’t want a StarLink earth station on my roof if I could avoid it.

That left TDS Telecom. I didn’t know much about TDS. They’re headquartered in Madison, Wisconsin and serve more than 1100 rural and suburban communities in 30 states. The company, started by LeRoy Carlson, grew by acquiring small, local telephone companies founded by families, farmers, and co-ops. TDS is now in the broadband and cable TV businesses as well and the company has a small office in St. George where you can park out front in a three-car parking lot, walk inside, and talk to an actual person. How refreshing.

So the Monday after the moving van delivered our furniture and several hundred boxes of accumulated junk from our lives, all seventeen thousand pounds of it, I drove over to the TDS office and talked with a very nice lady named Kim about getting me some Internet. Like many offerings, TDS has a good/better/best menu. Good is 300 Mbps Internet service for $39.95 a month. Better is 500 Mbps service for $59.95 a month. Best is 1 Gbps service for $99.95. Considering that the good service was already 30x better than what I had in San Jose, I picked the good alternative. Kim told me that my new home definitely was in the TDS service area and I should expect to be contacted in the next day or so by an installer.

Three days later, after hearing nothing from TDS, I drove back to the TDS office and spoke to Kim. She didn’t remember me, and neither did TDS based on her computer search. However, Kim offered me a 1:30 to 3:00 pm time slot for installation the next day, Friday. I took it.

At exactly 3:00 pm the next day, I got a phone call from a TDS dispatcher. He apologized. The installer was running late. Would 4:30 pm that same day be OK? Sure, I said, and waited. Charles the installer showed up at 4:00 pm. I was very happy to see him. We both trudged out to the first cable pillar on the northeast corner of my property. I knew there was an empty orange conduit running from there to my house. However, there were no coaxial taps in that box, so we moved to the second pillar at the northwest corner of the property, where I knew there was another orange conduit. That pillar had four coaxial taps, so Charles went to work. He pulled a brilliant orange reel of Klein Tools fish tape from the back of his truck and tried to run the tape through the conduit. It made it almost all the way, but it jammed just at the end. I could hear it rattling in the conduit at the far end. So near, yet so far. Charles tried to run the tape in from the other end of the conduit. It didn’t get as far in this direction and jammed again.

I started to feel that this day wasn’t going to be the day I got Internet in my new home, but Charles wasn’t daunted. He simply ran coax over the top of the ground to the house, terminated both ends with F-type connectors, and hooked up the house’s home run coax. Then we went inside where the home run coax terminated in a steel Leviton service box in my utility room. Charles added more F connectors, hooked up the Arris TG3452A cable modem ($10 a month on top of the $39.95 service fee), and brought the Internet to life inside my house. The Arris cable modem incorporates a 2.5/5 GHz WiFi access point, so I had WiFi up and running quickly. The whole service call took less than 90 minutes.

As he packed up and left, Charles told me that some time in the next two weeks, someone from TDS would come out and bury the coax he’d laid. He also told me that the Arris cable modem can be remotely reconfigured for 500 or 1000 Mbps operation if I choose to upgrade my broadband service.

The following Wednesday morning, three business days later, Matt from a TDS contractor knocked on the front door at 9:00 am. I answered the door in my pajamas. Matt politely introduced himself and told me that he wanted me to know that he wasn’t just some strange person tromping around my house. He was there to bury the coax Charles had laid the previous Friday. However, he would first take a crack at clearing the blocked conduit. How many times have you had a utility installer politely announce his presence like that? I can’t recall a single prior instance happening to me.

I could tell Matt meant business. His truck was pulling a backhoe on a trailer. I was pretty sure he’d get the job done, one way or the other.

Matt first pulled a Craftsman wet/dry vacuum from the back of his truck. He made a conduit adapter using electrical tape and another piece of orange conduit and then jammed the jerry-rigged adapter into the conduit entering my house. “That’s not going to work,” I thought as I went off to shower.

That’s why you don’t generally send engineers out to handle field installations. They know too much, or not enough, depending on your perspective.

The wet/dry vac with the ad hoc adapter cleared the conduit quickly. In the half hour I needed to shower, shave, and throw on a pair of work jeans, Matt cleared the conduit, ran the terminated coax through it, reconnected the Internet, and neatly buttoned everything back up. I got outside just in time to thank Matt and shake his hand. He said my job was probably the easiest he’d have this month. Then he packed up and drove off, backhoe and all.

I went back inside the house and ran an Internet speed test from my 7-year-old laptop computer. I got about 60 Mbps of download bandwidth. That’s fast, much faster than my old AT&T DSL service in San Jose, but it’s not the 300 Mbps I’m paying for. So I dug out an Ethernet cable from one of the nearby open packing boxes currently filling my study, took my laptop into the utility room, and jacked directly into one of the Arris cable modem’s Ethernet ports. When I ran the Internet speed test again, I got 330 Mbps download speed.

Holy cow! I figured WiFi would slow things down, but I wasn’t expecting an 80% speed penalty for in-home wireless. I have several Ethernet runs in my new home, but not to my study. (That’s an oversight on my part.) My next experiment will be to see how a power-line modem from the wire room to my study works, compared to WiFi. I’ve ordered it from Amazon, so stay tuned.

Meanwhile, I want to underscore how essential Internet access is these days. I literally cannot work a day without it, and I am not at all unusual. TDS really delivered for me and the local folks at TDS Telecom were all just delightful to work with. My thanks to them all.

3 thoughts on “I Come to Bury the Internet, and to Praise It, Part 1”