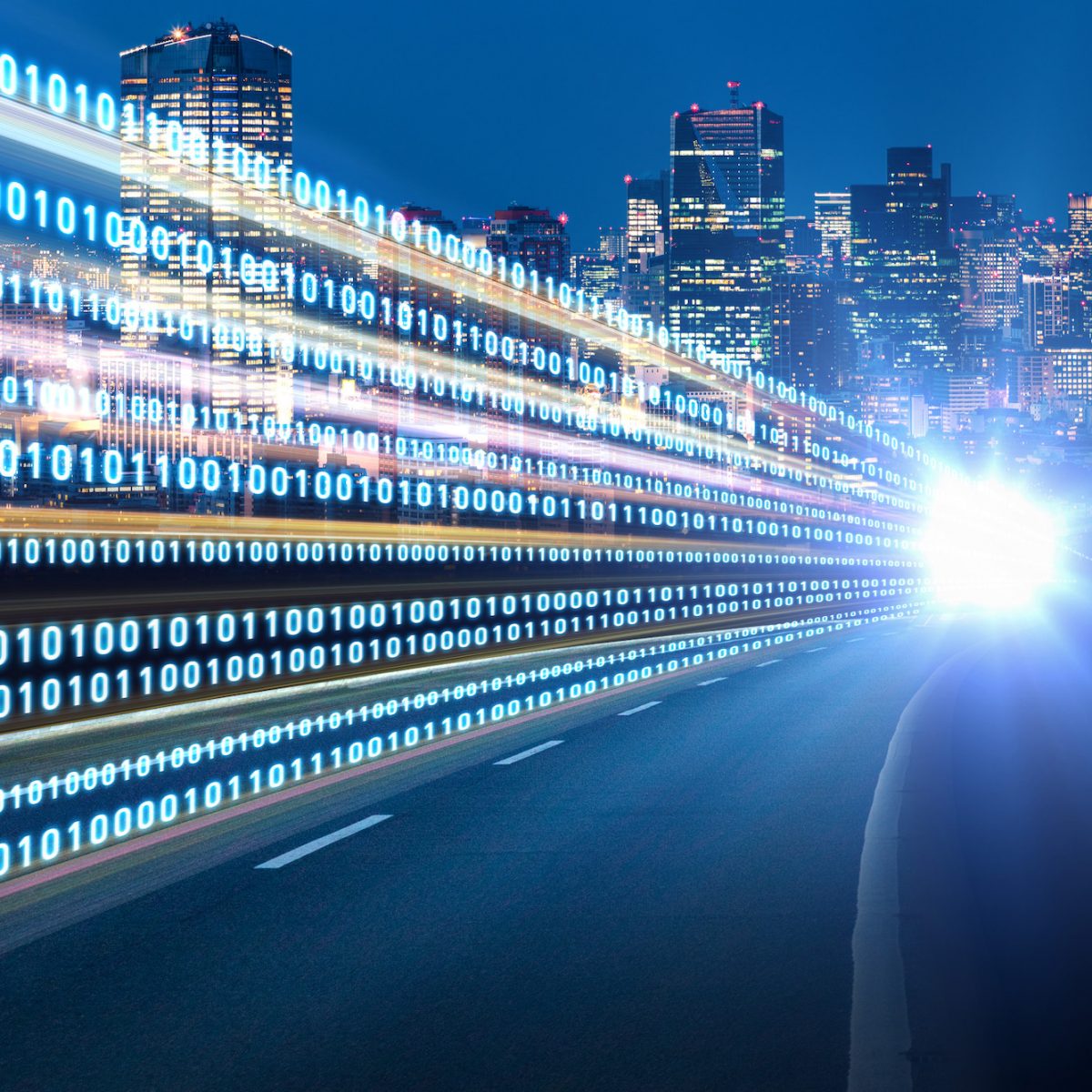 Flipping the Script on 5G Networking

Let’s start out by simplifying the name. Since “Intel FPGA Programmable Acceleration Card N3000 for Networking” is kinda’ a mouthful, they gave us the shortcut “Intel FPGA PAC N3000” – shorter and suitably opaque. But, when it comes to 5G deployment, nothing is as simple as we’d like it to be. We’ve spent a lot of time on the radio end of 5G, discussing beamforming, massive MIMO, millimeter waves and the like. But all those extra towers pushing and pulling so much data are gonna put some major stress on the network itself. IP traffic is expected to increase threefold over the next five years worldwide, and today’s hardware is not ready to handle that kind of load increase.

But there is something going on with 5G beyond just a next-generation of mobile device wireless standards. 5G represents a coming together of traditionally disparate elements. We will see a convergence of mobile wireless, IoT machine-to-machine communications, domestic ISP, connected automotive, industrial, and a number of other wireless technologies that have historically been in separate silos. Behind the scenes, we will see large-scale standardization and virtualization, allowing a giant leap in interoperability among systems. We will see a blurring of the lines between computation and communication into a single infrastructure.

At Mobile World Congress in Barcelona this week, Intel announced the FPGA PAC N3000, which is designed to accelerate network traffic for up to 100Gbps with very low latency for 5G core and virtualized radio access network (vRAN) applications. The ½ length full-height single-slot PCIe card packs a mid-range Intel Arria 10 FPGA with 1.1M logic elements along with 9GB DDR4 and 144MB QDR IV, and 2 Intel Converged Network Adapter XL710 NICs for packet processing. The card is capable of supporting 8×10 Gbps or 4×25 Gbps, and it can bring 100 Gbps connections directly to a server.

The FPGA PAC N3000 is designed to accelerate vRAN and Core network workloads with support of end-to-end industry standard and open source tools, and it accelerates network traffic by offloading applications processors. The programmability of the Arria 10 FPGA allows OEMs to create custom-tailored solutions by utilizing reference IPs for networking function acceleration workloads such as vRAN, vBNG, vEPC, IPSec and VPP.

What we’d expect is that OEMs would pick up the FPGA PAC N3000 and integrate it into their solutions. And, in fact, that is already happening. In the Intel booth at Mobile World Congress, Affirmed Networks – a provider of “virtualized, cloud-native, mobile networks solutions for 5G” is demonstrating a solution they are offering for 5G core network (CN)/evolved packet core, using the N3000 for load balancing and CPU cache optimizations to enhance software performance and dramatically reduce core CPU utilization. The company says that the resulting solution is “the first true 200 Gbps/server” and that it can operate at 200 Gbps with only 50% core CPU utilization, leaving plenty of headroom for applications processors to perform other tasks. Affirmed says the FPGA-based solution also provides lower power consumption and lower latency for diverse quality of service, which is critical with the new gamut of workloads planned with 5G deployment.

Closer to the edge, intel says Rakuten a Japanese electronic commerce and Internet company “is including Intel x86 and FPGA-based PAC for acceleration from the core to the edge to provide the first end-to-end cloud-native mobile network. Intel FPGA PAC N3000 is the distributed unit accelerator next to Intel Xeon Scalable processors where Layer 1 functions, such as forward error correction and front haul transmission, are offloaded onto an Intel FPGA. The Intel FPGA accelerates processing efficiency to improve and support user capacity, as well as reducing system cost and providing more security in the radio network.”

Intel is launching the N3000 with a rich set of IP for NFV acceleration, including vBNG: H-QoS, Classification, Policing, Scheduling, Shaping; vEPC and 5G NGCN; IPSec; SRv6 VPP; and vRAN. The N3000 is supported with a robust development tool flow including Intel Data Plane Developer Kit (DPDK), Open Programmable Acceleration Engine (OPAE), and of course Quartus Prime Software and the Intel® FPGA SDK for OpenCL™ Application Developers. Between the IP and the tool suite, even teams with minimal or no FPGA experience should be able to customize the N3000 for a wide range of network acceleration applications.

But why are we discussing the N3000 in particular when there is a constant parade of new acceleration cards being announced? Because the N3000 represents an excellent case study in the new shift in the FPGA market. FPGAs have always been the go-to technology when new standards are being deployed. We can take advantage of the programmability of FPGAs to build out infrastructure while the standards are still forming, comfortable in the knowledge that we are just a bitstream away from adapting to the rapidly changing landscape. The infamous Xilinx/Altera rivalry was built on this game, with each vendor working to one-up the other in meeting the needs of companies building the network switches and related boxes that move data quickly from point to point.

Telecom service providers don’t care that much that FPGA-based hardware is expensive. If you can have your network up and running 18 months ahead of your competition, you’ll have plenty of cash to pay for it. And with 5G coming at us like a freight train, nobody wants to sit around and wait. Now that Intel has their own FPGA offering (thanks to their acquisition of Altera), they can compete in this arena in a way that hasn’t been done before.

5G represents a huge incremental market for FPGA technology, and service providers who have probably never used FPGAs in the past will be deploying massive amounts of FPGA-based gear in the process of 5G rollout. But, although these companies may not have FPGA expertise, they already have a long history working with Intel and Intel-based solutions in their network and data center infrastructure. Many have a longstanding relationship with Intel OEMs that provide them with solutions customized for their applications and workloads.

This puts Intel’s Programmable Systems Group (PSG) in a position of marketing and selling their FPGAs at a different level in the hierarchy than was possible when they were stand-alone Altera, and a different level than rival Xilinx is able to achieve. By bundling FPGA in integrated solutions with other Intel offerings, they are able to capitalize on Intel’s vast OEM ecosystem to essentially “Trojan horse” FPGAs into countless sockets with ease. Note that in the N3000 announcement, there is almost no mention of the specs and capabilities of the Arria 10 FPGA at the heart of the solution. Intel isn’t selling FPGAs against Xilinx here. They are feeding an ecosystem that provides high-end networking gear and servers to broad-scale 5G service providers. Those customers are looking at the performance, cost-effectiveness, reliability, and power consumption of an entire integrated solution. The relative merits of FPGA devices will most likely never show up on their radar.

While there is no longer a reliable indicator of the “FPGA market,” we do already see some interesting signs. Xilinx continues to turn in one record-setting quarter after another. But, at the same time, many sources indicate that Intel has actually gained FPGA market share over the past couple of years. Clearly the FPGA market itself is in a period of rapid growth due to high-growth application areas such as 5G and data center/AI acceleration. Also clearly the dialog around programmable logic has changed. Xilinx offers many FPGA-based products that they now carefully avoid calling “FPGAs,” and Intel is quietly building their FPGA technology into a wide variety of higher-level integrated solutions.

2 thoughts on “Flipping the Script on 5G Networking”