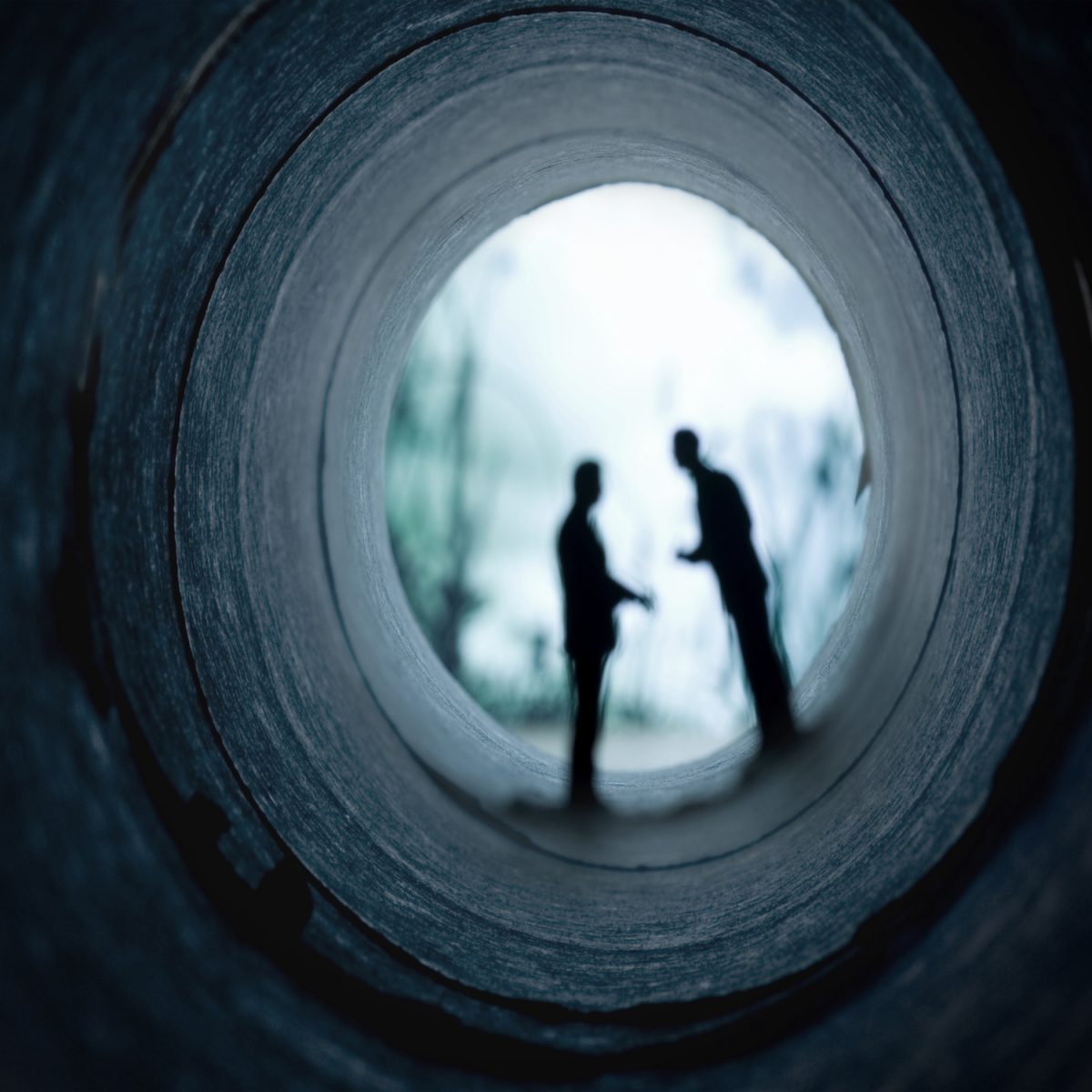 Cloaks and Daggers and Logic Probes

He looked nervously around the bar as we chatted, probably hoping to see nobody he recognized. We weren’t exactly handing off nuclear codes or kompromat dossiers, but I could tell he didn’t want to be seen talking to me (the press) nonetheless. “We switched PCB layout tools two years ago,” he quietly explained – his eyes continuing to dart toward the door. “So far, it’s been working pretty well. Both tools are stable and the new company’s support seems a little friendlier.”

Talking to actual, working engineers to get information for EE Journal articles can sometimes feel like a cold war spy adventure. Employment and confidentiality agreements frequently prohibit engineers from disclosing certain aspects of projects they’re working on, and sometimes licensing agreements from EDA companies forbid customers from disclosing details of their use. Still, it’s a small industry, and longstanding professional relationships regularly transcend the often-temporary nature of employment with particular companies. Leaks happen.

As journalists, we have to get some perspective on technology other than what’s served to us on silver platters by fully biased marketers. You can stomach only a certain number of PowerPoint slides bragging about “10x power reduction” before you know you need to talk to an actual, working designer. One who has tried the product in question and who owns a multimeter. One who understands that, algebraically at least, a 10x reduction would result in negative power.

Still, we seldom get anything from our covert engineering contacts that changes the substance of a story. We shave off a few superlatives here and there. “World’s fastest” becomes “faster than average.” We are able to tone down, but seldom completely debunk, even the more extravagant claims we get from semiconductor vendors, distributors, tool suppliers, and the like. Still, given the brouhaha surrounding our sources, you’d think we’d be bagging scoops worthy of Watergate’s “Deep Throat.” It never happens.

If you haven’t noticed, marketing technology today is in the midst of a technological revolution. You can’t venture into the digital marketing domains online without being pummeled with advice on the newest, best way to convert the unwashed masses into enthusiastic repeat customers. Marketing professionals lap up the new buzzwords, top ten tricks, measurement metrics, and fully integrated platform solutions like they were dropping from the sky on stone tablets. If you’re not regularly using your automated metrics platform to do a viewability and view-through conversion analysis on your latest native content marketing program driven by advanced header bidding, you’re hardly worthy of the title of “digital marketer.”

But then, a funny thing happens when those app-equipped, socially-savvy, big-data-driven twenty-first century peddlers power themselves headfirst into the engineering world: Practically nothing. We engineers just don’t respond to the usual techniques. First, they tried getting us into “communities” online – hoping we’d be asking each other questions about our latest design challenges. Nope. Not gonna happen. Most “real” engineering professionals are employed by large companies that won’t let them publicly discuss what type of design they’re working on, what chips they’re using, or what tools they’ve adopted. Online engineering communities devolved into debates between engineering students and independent consultants looking for work.

Similarly, the new-age marketing philosophy of getting customers to “recommend” products and services to peers is almost anathema to highly competitive engineers. In technology, engineering teams are always competing with one another. If you find a solution that works for you or your design, you’re more likely to treat that as a secret weapon than to endorse it to your peers at other companies.

In EDA, secrecy is so important that it has traditionally overridden marketing itself. At the Design Automation Conference, there have always been teams sent out to try to get into competitors’ demos, and teams charged with recognizing them and keeping them out. “Real” demos were never given on the trade show floor. For those, customers were whisked away to secure suites for the detailed pitch. Marketing materials are often scrutinized more with an eye to “what would our competitor learn by reading this?” than by “how can we inform our potential customers?” The goal of keeping development secret is constantly at odds with marketers’ attempts to “get the word out” about products.

This cloak-and-dagger stuff even extends to the outermost periphery of business engagements in the electronics industry. My wife is a professional photographer. A few years ago, she was hired to take product photos of some very generic circuit boards for use in brochures and data sheets. Before she could do this work, however, she had to sign an NDA saying she would not disclose the name of the company who hired her. Apparently, even the choice of a photographer for brochure work is seen as a potential competitive advantage – worthy of protecting.

Patents, the enormously flawed mechanism by which we try to extract value from our novel ideas, present their own odd set of challenges. We all want to claim rights to our ideas, of course, but when we go to work for most tech companies we have to sign over rights to our work. Those same companies don’t want to get caught infringing, however, particularly with the threat of treble damages for “willful” infringement. The solution? Many companies prohibit engineers from browsing patent databases. If you didn’t ever see the other engineer’s patent, you must not be “willfully” infringing, right?

All of this secrecy stuff is layered over a backdrop of real-life facts that can make it all seem pretty farcical. The company you worked for last year may be trying to keep secrets from the company you work for today. The techniques you invented for doing your job during one major part of your career may be technically off limits to you if you go to work for a competitor. The reality of un-learning your own professional skills, however, is sketchy at best. Humans tend to work they way they have learned to work, without thinking about how their work habits might themselves be the secret property of a previous employer.

There are numerous cases where companies themselves are both partners and competitors. Apple and Samsung come to mind. Looking at the semiconductor landscape, all of the chips in the world are produced in just a handful of fabs. Each of those companies is producing devices for companies who are fiercely competing with each other in the market. That puts direct competitors often working on-site at the same semiconductor fab at the same time on the same process. If customer A figures out a solution for getting past a process problem that would benefit customer B, how does the fab control information? Customer B is stuck and can’t get devices to work. The fab has a solution working in house, but it was invented by customer A. How exactly do those conversations go?

Engineering, it seems, creates an odd ecosystem for information sharing. We are at once competitive and proud. We want credit and recognition for our achievements, but we don’t want others to find out what we learned. We want patent protection for our inventions, but we don’t want to share our methods. We want help and advice, but we are not often willing to provide the same. We want to mentor the next generation of engineers, but we want to preserve the advantages of our experience. We want technological progress across the industry, but we want to lock up a portion for our own purposes. It’s all a bit unhinged.

Perhaps all this secrecy and subterfuge is important in the big picture of moving technology forward. Or, maybe we all just watched a few too many spy movies and fantasized ourselves central to the plot – foiling the schemes of the evildoers at those nefarious “other” semiconductor companies and saving the world from their tyrannical chipsets. In many ways, engineers are just regular folks, after all.