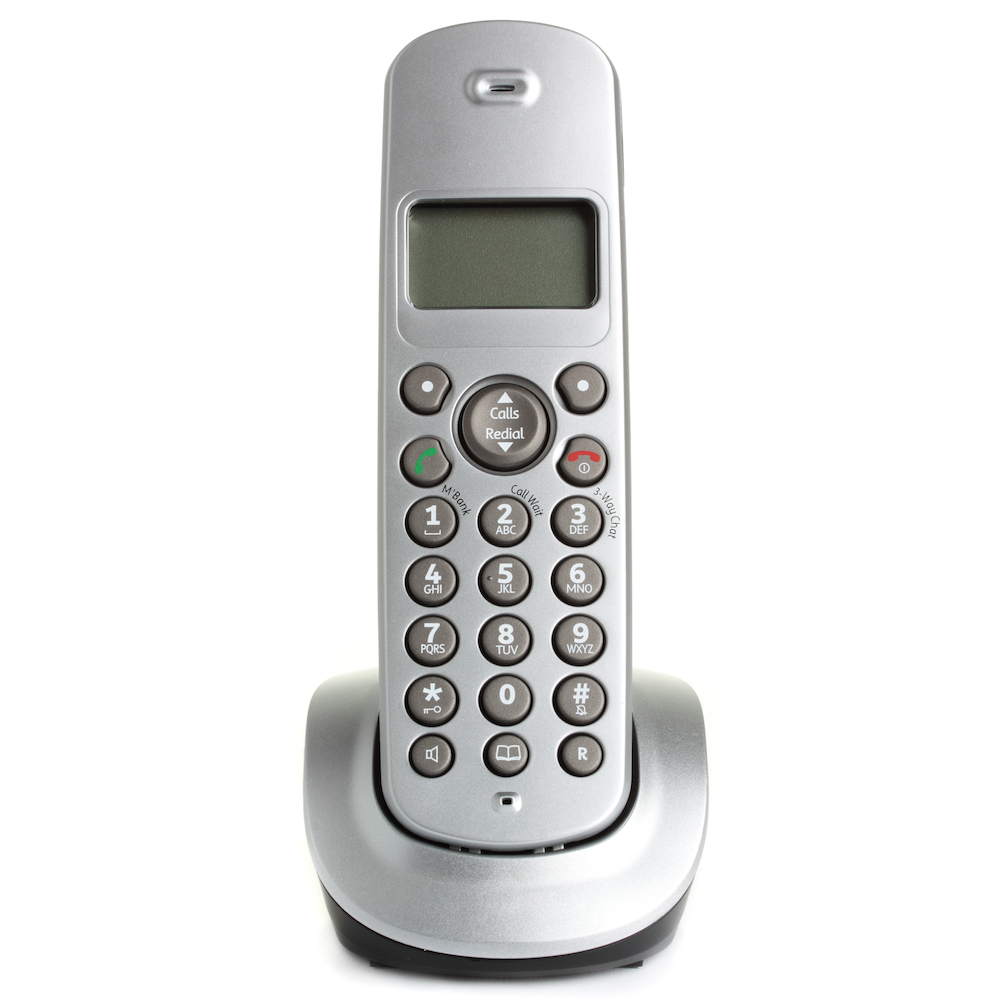 Battlestar Galactica vs. the IoT

Remember in the opening episode of Battlestar Galactica when a PR minion explains to a group of reporters why the faster-than-light spaceship has antiquated corded telephones, but no computers or networks? It’s a dramatic framing device that neatly clarifies why a futuristic starship looks more like a rusting WWII aircraft carrier than the sparkling bridge of the Enterprise.

A similar thought might be going through the heads of ULE Alliance members. This is the 18-company group of semiconductor, IoT, and consumer-electronics vendors backing a network technology called Digital Enhanced Cordless Telecommunications – Ultra Low Energy, or DECT-ULE. The ungainly name belies the childhood familiarity of the technology.

Remember in the 1980s when you replaced the telephone hanging on the kitchen wall with a new cordless one? Amazing! You could walk around the house and still talk on the phone. That relied on DECT technology, especially if you resided somewhere in Europe. DECT was, and still is, the de facto global standard for cordless telephones, replacing a hodgepodge of local and proprietary approaches. DECT provided adequate voice quality, whole-house range, and a clever roaming system to hand off calls from one base station to the next. DECT even had a data-transport layer, although that was rarely used.

DECT-ULE is an extra layer on top of decades-old DECT that enhances its latent networking ability. As such, it competes directly with Zigbee, Z-Wave, Bluetooth Low Energy (BLE), Wi-Fi, and just about any other short-range wireless technology you can think of. It’s intended for smart-home gadgets and industrial IoT instrumentation – anyplace you want a few hundred meters of range, low power, decent data rates, and a standardized protocol. To many Americans, ULE seems woefully late to the party. To European developers, however, DECT and ULE have been here all along.

DECT was always intended to be a roaming data network, and it would’ve predated Wi-Fi. It was also envisioned as a forerunner to the cellular network for mobile phones, with DECT repeaters spread over town effecting seamless handoffs. (Some Italian cities actually deployed this – briefly.) But the high-volume consumer market was so appealing to vendors that DECT-based networking and municipal grids never really caught on. Over in the U.S, frequency allocation problems delayed the adoption of DECT for so long that, by the time it finally landed on our shores, Wi-Fi had already taken hold, with cellular phones not far behind.

Nowadays, DECT is still hugely popular throughout most of the world; it’s only in North America that it’s considered a quaint throwback. At long last, DECT-ULE may be getting its shot at networking legitimacy.

DECT-ULE broadcasts in the range of 1880–1900 MHz (1920–1930 in USA/Canada), making it interference-free, since that spectrum isn’t used for anything else. That 20-MHz band is subdivided into ten channels (five in North America), each supporting a dozen TDMA/FDMA channels. A channel can carry voice, obviously, but also about 500 kbps of data. Range in Europe and Asia, where DECT-ULE is allowed to transmit at 10mW, is a few hundred meters – more than enough for an average house. (American installations are limited to 4mW, with proportionally reduced range.)

Significantly, European and Asian households generally already have DECT phones installed, providing ready-made gateways to ULE-based home networks. DECT’s popularity also means semiconductors and RF components are easy to get. Intel, Dialog, and DSP Group, for example, have DECT-ULE chips, modules, and software ready to go. Broadcom is rumored to have ULE silicon in the works, too.

Unlike Z-Wave and some other IoT networks, ULE is not a mesh. There’s a single hub in the notional center of the network, with any number of nodes communicating directly with it. Think cordless phone base station with several handsets. If the hub’s range is inadequate (say, in a large commercial installation), you’re allowed to have multiple hubs, and ULE specifies a handoff protocol so nodes can roam from one hub to the next.

Weirdly, you can even use an existing cordless phone as a ULE node, or a base station as a hub. ULE is fully backward-compatible with the original DECT standard, so existing DECT equipment happily coexists alongside newer IoT gadgets.

In fact, this is one of the ULE Alliance’s standard use cases. You can use a handset as a voice-activated controller, sort of like a portable Alexa or Siri. Conversely, your ULE hub could send voice prompts or recorded messages out to nodes, which means the nodes themselves wouldn’t need the capability to store or generate sound; just a speaker and a ULE interface. Voice recognition could reside on just the hub; the nodes only need to transmit audio and wait for commands.

Ubiquity counts for a lot in networks. Wi-Fi is pervasive around the world, with LTE, 4G (and perhaps 5G) cellular networks just as widespread. If you’re looking to make a wireless connection in Bangor, Bangkok, or Bangalore, that’s the way to go. But if you’re creating a home or light-industrial network, especially in Europe or Asia, DECT-ULE offers a compelling alternative. Its star topology makes it simpler to set up than mesh networks, the semiconductor support is good, RF interference from other consumer appliances (microwaves, baby monitors, etc.) is almost nonexistent, wireless range is adequate for most environments and can be extended with multiple hubs if necessary, bandwidth is more than enough for IoT chores, and it’s even compatible with your customers’ phones!

One thought on “Battlestar Galactica vs. the IoT”