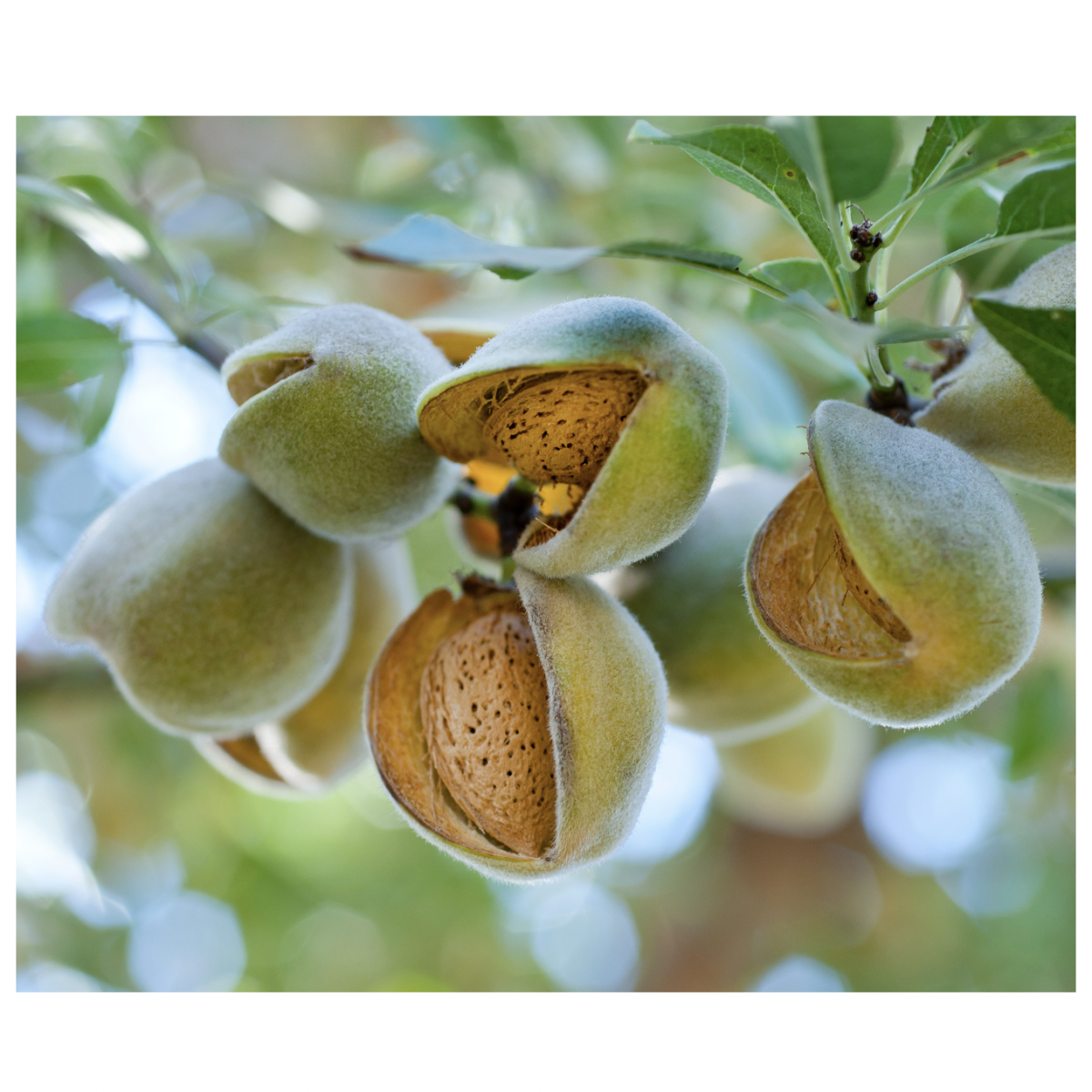 The autonomous Bolo tank tracked down the tree-lined lane looking for targets. Suddenly the Bolo’s tracks ground to a halt. Targets spotted. The Bolo’s two top-mounted turrets slowly swiveled as the AI system zeroed in. Up there. On those branches. The Bolo aimed and fired. Targets destroyed. The Bolo robot tank is a fictitious, autonomous, nuclear-powered war-fighting machine that first burst from the fevered imagination of Keith Laumer in a short story titled “Combat Unit.” That story appeared in the November 1960 issue of “The Magazine of Fantasy and Science Fiction.” Since then, Bolos have been featured in numerous science fiction stories, novels, and anthologies by Laumer and other authors.

Bolos aren’t real, but there is now an agricultural analog called the Rover, from a company named InsightTRAC. Instead of turning cities, armies, and other Bolos into slag, Rover’s more mundane mission is to seek and destroy mummy nuts found in almond tree groves. If you (like me) have no idea what a mummy nut is, it’s the name that almond growers give to the nuts that remain on the almond trees after a harvest. If it’s not harvested, the almond turns rotten. Its fuzzy green outer hull darkens and the kernel remaining inside becomes an enticing food source for several orchard insect pests including the navel orangeworm.

Remaining mummy nuts can serve as homes for the larvae of these pests, which can cause product losses of $250 to $300 per acre when the navel orangeworms emerge as moths during the next growing season. Larval damage can also lead to almond tree fungal infections. California currently has about 1.3 million acres of land planted with almond trees, so the potential crop losses in California alone amount to roughly a quarter of a billion dollars annually. And how did I learn all of this? From the annual Almond Almanac and a terrific 2-minute video titled “Almond growers, do the Mummy Shake!” – both created by the Almond Board of California.

The conventional way to clear an almond tree of mummy nuts is to shake them off the trees so they can be swept up and discarded. Almond growers refer to mummy nut removal as “sanitation.” A large machine that grabs the tree trunk and vibrates the tree to shake the mummy nuts free can dislodge the mummy nuts and cause them to fall to the ground; however, mummy nuts can be stubborn and refuse to leave the tree when shaken, especially in years when moisture levels have been low. That’s because mummy nuts that have absorbed more moisture are heavier and fall off the tree more easily. If the mummy nuts aren’t engorged with water, you may need to shake the tree harder to dislodge them, but if you shake too hard, you risk damaging the tree. Farm workers can also remove mummy nuts manually by knocking them off the trees one at a time with large bamboo poles. As you might expect, manual removal is both slow and labor intensive. Both removal methods are much less than 100% effective.

InsightTRAC’s Rover shoots the mummy nuts off the tree branches with high-velocity pellets fired from a pair of pneumatic air guns mounted on swivel turrets. The air guns use an AI-powered, binocular vision-based system to detect and target the mummy nuts, using two cameras per gun turret. The air guns are accurate to 30 feet, so the Rover can target mummy nuts even on mature trees. The biodegradable pellets resemble paintball ammo. One Rover can fire as many as 3600 pellets per hour. With a hopper that carries nearly 130,000 pellets, a Rover can roam an orchard for three days before it needs to refill its pellet magazine. 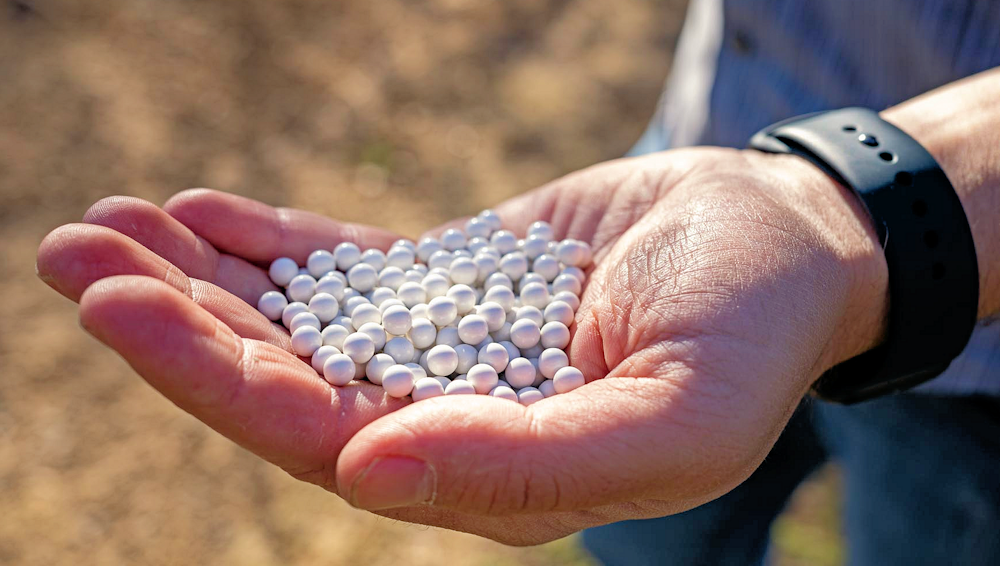 Instead of the nuclear reactors that power Laumer’s fictional Bolos, the battery-powered InsightTRAC Rover uses an on-board diesel engine to recharge its main lead-acid AGM (absorbent glass mat) batteries. The combination of the diesel engine and batteries can keep the Rovers moving for three days. The tracked Rovers can traverse wet and muddy fields, and they can target and remove nuts day or night – thanks to an on-board lighting system – so they can operate 24 hours a day, 7 days a week, in all types of weather, and over all types of terrain. 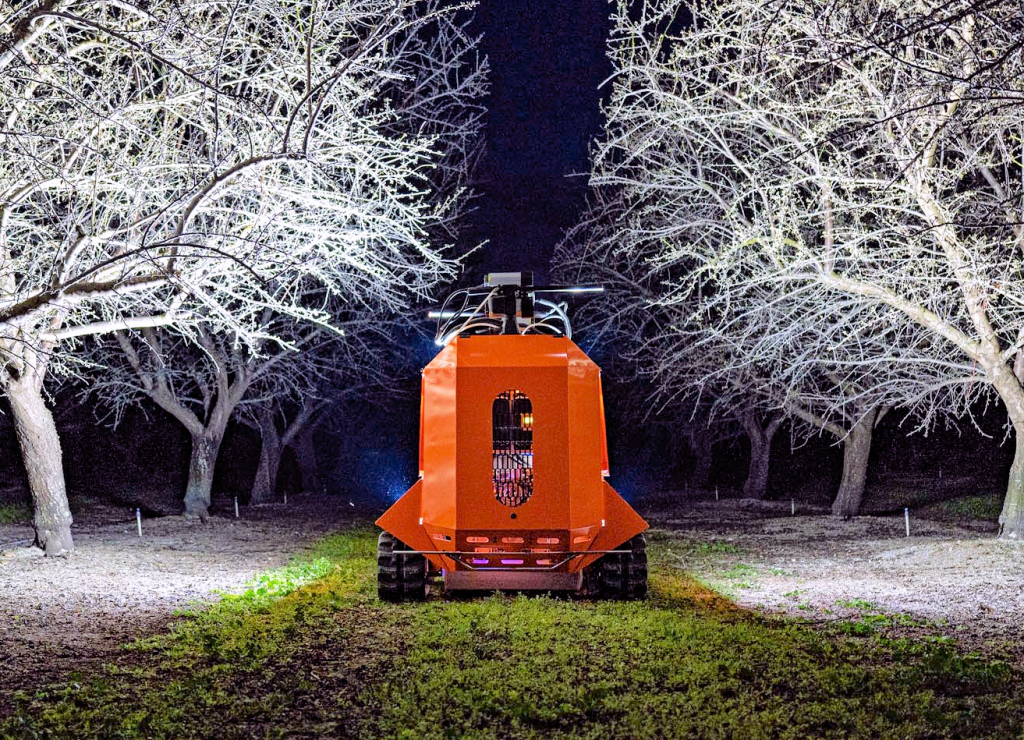 The Rovers roam the almond orchards at 2 miles/hour and use a combination of GPS (for location) and LIDAR (for object avoidance) to navigate in all sorts of weather including rain or fog. Weather certainly plays a factor in any agricultural activity and even more so with mummy nut removal because that’s primarily a winter activity that follows a harvest. Because mummy nut removal follows a harvest, the objects remaining on the tree branches are either leaves, mummy nuts, or birds, which simplifies target recognition. The Rover’s image-recognition system employs a ResNet convolutional neural network that has been trained with thousands of images of mummy nuts, leaves, branches, and birds. (Rover gets no points for shooting leaves, branches, or birds.)

The Rover’s data sheet specifies a goal of leaving two or fewer mummy nuts per tree. That effectiveness level depends on the Rover being able to accurately identify and target every mummy nut on the tree all the way up to the topmost branches. Pardon the pun, but that’s a tall order for a mobile targeting system and an air gun. At the same time, the Rover captures data about the almond trees in the orchard as it scans them for target mummy nuts. Rover then generates a tree-by-tree report and provides this data back to the grower, with an eye towards maximizing yields during the next harvest.

“The growth in autonomous machines is typically thought of as a replacement for positions that could, or should, be filled by humans. But in agriculture, autonomous machines are solving multiple problems, especially the shortage of labor while increasing productivity through increased yields from the use of fewer resources. There is a desperate need for technology in agriculture, which is propelling equipment vendors from startups like InsightTRAC to industry icons like John Deere to the forefront of technology innovation,” said Jim McGregor, a Principal Analyst at Tirias Research.

InsightTRAC’s founder and CEO is Anna Haldewang. As an undergraduate at SCAD (The Savannah College of Art and Design), Haldewang developed a plan to use drones to pollinate almond trees as a substitute for bee pollination. Drive through central California’s I-5 corridor during pollination season and you can see white beehive boxes placed next to acres and acres of almond groves during the right time of year. Seeing all those beehives near the almond trees gives you a sense of just how important bee pollination is to the $6 billion almond industry. Almond growers rent itinerant bee colonies extensively to pollinate their trees, but these colonies were thought to be endangered five years ago due to the rise of colony collapse disorder (CCD).

Haldewang saw a looming need to create a replacement for bee pollination and called her project Plan Bee, but she quickly concluded that consumer-class drones are currently too large to navigate through almond tree orchards and among the branches of the almond trees where pollination takes place. You need bee-sized drones. Haldewang tried a ground-based robot pollinator, but an offhand conversation with a frustrated almond grower about almond orchard sanitation and navel orangeworms caused her to change course and attack a different problem that could better be solved by robots. That change of direction was fortuitous, because reported cases of CCD have declined substantially over the last several years, according to the US Environmental Protection Agency. We may yet avoid the need to substitute drones for bees as pollinators.

Sticking with solving the needs of the almond industry, Haldewang founded InsightTRAC in 2019 and has developed three generations of the Rover autonomous robot to solve the mummy-nut sanitation problem. InsightTRAC has just shipped a Rover to Australia for trials and is taking orders for production Rovers that will be delivered to California in time for almond orchard sanitation operations this winter and to Australia for that country’s winter season in 2023.

If InsightTRAC’s robots appeal to you, the company is looking for a software engineer to joins its far-flung development team. Interested? Click here.