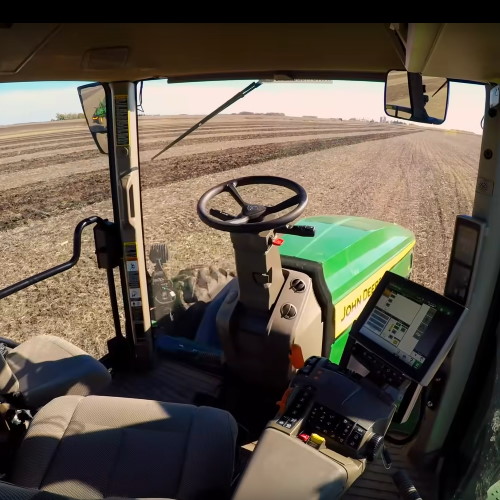 When people talk of classic science fiction, there are several names that spring to mind, one being the English writer, artist, and anthology editor, Brian W. Aldiss, who is best known for his science fiction novels and short stories.

I was just skimming through his bibliography, and so many titles triggered memories from when I gorged myself on these tales when I was a young lad, many of which are with me on my office shelves as I pen these words, for example, Hothouse (which is vaguely reminiscent of Midworld by Alan Dean Foster), Non-Stop (a “Generation Starship” novel that I count alongside Orphans of the Sky, by Robert Heinlein, both of which I re-read just a couple of weeks ago), and Space, Time and Nathaniel, to name but three.

In particular, and of particular relevance to this column, I recall reading one of Brian’s post-apocalyptic short stories before I’d even heard the “post-apocalyptic” term. The tale in question was But Who Can Replace a Man? This was originally published in the June 1958 issue of the American Infinity Science Fiction magazine, and it subsequently appeared in a number of anthologies, including The Brian Aldiss Collection: The Complete Short Stories: The 1950s, which is a compendium of 57 short stories and 8 novellas/novelettes.

A brief overview of But Who Can Replace a Man? is as follows. In the future, the world grows to be overpopulated, the soil becomes depleted of nutrients, and the farms — which are worked by robots — produce less and less food. Furthermore, the food they do produce is barely nutritious.

We start the story on a farm where the machines are discussing the fact that they haven’t received any orders from the city, and without orders they don’t know what to do. The machines are equipped with different levels of artificial intelligence, with a class-ten brain being the lowest and a class-one brain being the highest. The radio operator, which has a class-two brain, takes charge. It’s heard news from the city that humans have been fighting amongst themselves and have gone extinct. So, it gathers a group of machines together and tells them that, since men aren’t there to rule them, they are going to go to the city and rule themselves.

Along their journey, from their conversations, we discover that the machines didn’t really like humans in the first place. Also, that they have no empathy, camaraderie, or loyalty for each other. After a few days, the radio operator reports that the city’s class-one brain is trying to take command and some of the machines with class-two are fighting it. Deciding that the city is too dangerous, they determine to start their own city and, as one of them says, “All who oppose us will be destroyed,” which makes you realize that they are similar to the people they intend to replace.

At the end of the tale the machines meet a starving human who says, “Get me food,” and they immediately respond, “Yes, Master.”

This really is a classic and poignant story. You can download a PDF copy here, and you can even see an English teacher reading the tale in this YouTube video if you wish.

The reason I’m waffling on about this here is that, earlier this year, I wrote a column about managing robots titled Want to Rule a Robot Empire? InOrbit Can Help! As part of that column, I talked with Florian Pestoni, who is CEO of InOrbit, and who knows a heck of a lot about robots and how to manage the little scamps. As just one example of the use of robots in agriculture, Florian informed me that at this year’s Consumer Electronics Show (CES), which was held 5 to 7 January 2022, John Deere announced a fully autonomous tractor.

As soon as Florian told me about this, I had a vision of hundreds of these tractors working the fields both day and night, which immediately triggered a flashback to my youth when I first ran across But Who Can Replace a Man? (I bet you thought I wouldn’t be able to bring this all together — Oh, ye of little faith).

John Deere is the brand name of Deere & Company, an American corporation that manufactures agricultural machinery, heavy equipment, forestry machinery, diesel engines, drivetrains used in heavy equipment, and lawn care equipment. I quickly reached out to the folks at John Deere to learn more, which led to my chatting with Gaurav Bansal, who is Senior Manager of Computer Vision and Machine Learning at Blue River Technology (as you may know, John Deere acquired Blue River Technology in 2017).

Gaurav informed me that, from the get-go, Blue River Technology had the vision to make agriculture more environmentally efficient and friendly. They started by developing their See and Spray technology.

In the case of See and Spray, you put cameras along the sprayer arms and run a deep neural network (DNN) in real time to identify whether what each camera is looking at is a weed or not and, if it is a weed, spraying it. In addition to saving 80% of the herbicide, which makes each gallon last five times as long (or cost a fifth of the price, depending on how you look at it), this leads to a healthier, herbicide-free crop, plus it prevents the previously wasted herbicide from washing off into the nearest river (hence the company’s Blue River moniker) and from there into the sea.

Following Blue River’s acquisition by John Deere, they added autonomous tractors to their “list of things to do.” Why is having tractors that can drive themselves such a good idea? Well, at the time of this writing, the world’s population is estimated to be around 7.9 billion people, and this is expected to grow to close to 10 billion by 2050, which isn’t all that far away when you come to think about it.

This means that farmers are going to need to produce a lot more food in the coming years. In addition to the fact that the amount of arable land (where “arable” comes from the Latin arare, meaning “to plough”) is not, itself, growing in size, one of the biggest challenges farmers face today is being able to find labor. This is coupled with the fact that farmers are growing older (the average age of farmers in the US in 2022 is 55 years old), and younger people are less inclined to see farming as a career.

All of this leads us to the concept of autonomous tractors, which can be left to do the work themselves. Most of today’s John Deere machines are already equipped with a GPS receiver that enables the operator to run the machine hands-free using sensors and computer vision to drive equipment at an accuracy within less than 1 inch (this is extremely precise in comparison with a typical GPS-enabled smartphone that is accurate to within a 4.9-meter (16 feet) radius under the open sky). The next step is to take the operator out of the picture (no pun intended) completely and leave the tractor to work its magic on its own. 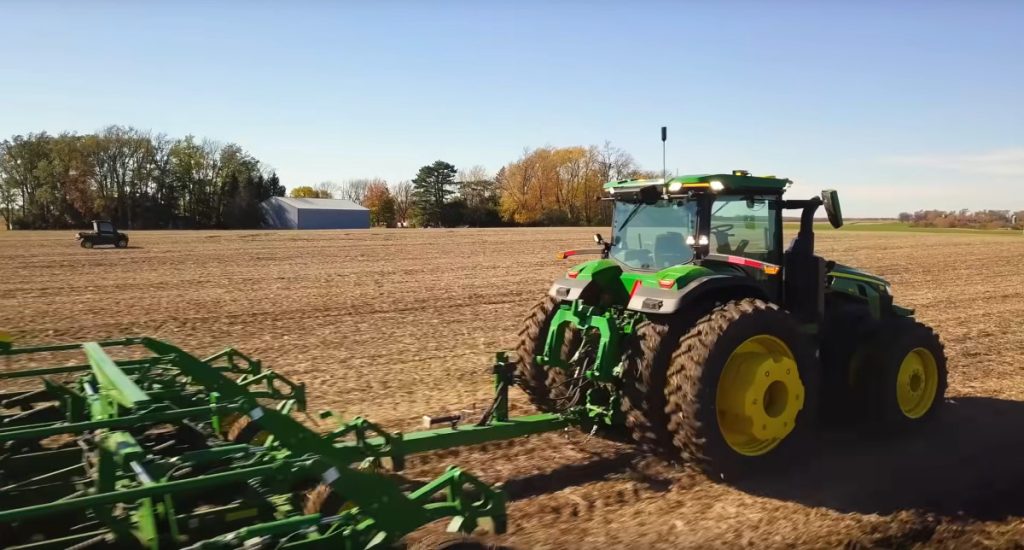 Accompanying the GPS, these tractors are equipped with six stereo cameras providing 360° vision, along with artificial intelligence-powered machine vision. Combined with satellite imaging and the farmer taking the tractor around the boundary of each field the first time it is introduced to that field, these systems allow the tractor to work the field while detecting, identifying, and responding to anything that gets in their way, like avoiding a fallen tree or pausing to let a family of deer get out of the way.

When I first heard that they were using cameras, my knee-jerk reaction was that the tractor would be able to operate only during daylight hours. However, Gaurav explained that farmers oftentimes work 16-hour days — especially in the fall, which is a critical time in their operation — so their tractors are already equipped with large powerful lights. In fact, the way machine learning works, computer vision actually functions better at night with these large lights. As a result, these autonomous tractors will be able to run 24 hours a day, 7 days a week.

Gaurav says that the first task these magnificent machines will undertake will be tillage, which refers to the preparation of land for growing crops. Over time, they will assume more and more tasks, such as See and Spray. Also, it won’t be long before other machines will be automated, such as combine harvesters, for example.

All of which leads me to think of a future where there are no humans in sight on the farms, while the machines execute whatever orders they receive from the city… (does this sound familiar)? How about you? Do you have any thoughts you’d care to share on any of this?