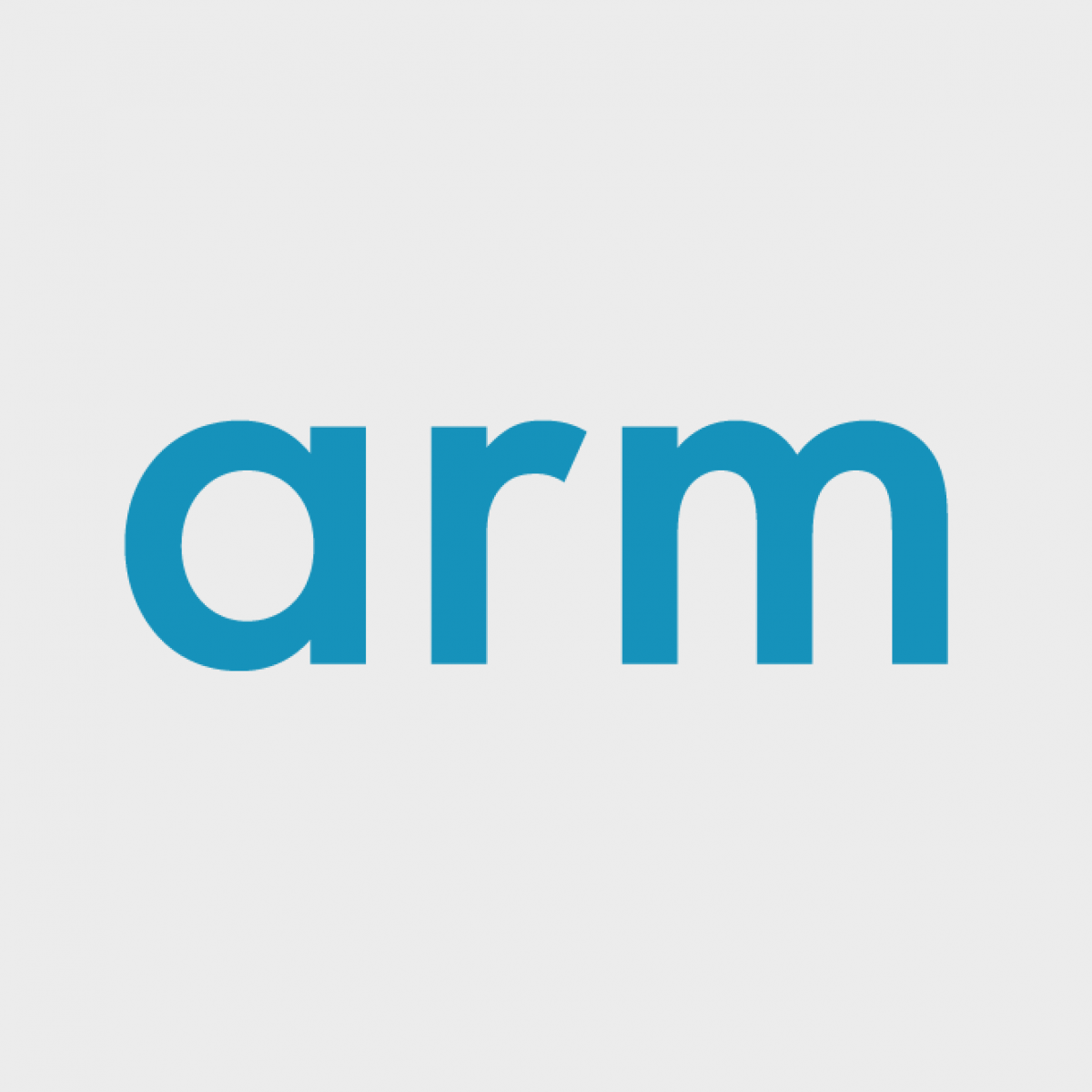 “We acquire the strength we have overcome.” – Ralph Waldo Emerson

It’s no secret that ARM is the 500-lb. gorilla in the IP-licensing business, but there are new signs that the company may be reaching its peak. Licensing revenue is down slightly, the company is reportedly raising prices to compensate, a Chinese joint venture has gone badly, and its corporate owner, SoftBank, may be preparing to sell off the entire company.

Meanwhile, things aren’t all bleak. Apple recently announced that it is switching from Intel to ARM processors for its desktop and laptop computers, the world’s fastest supercomputer is based on ARM for the first time ever, and ARM still dominates the market for 32-bit processors worldwide, with billions of units made and sold every year.

But dominance isn’t the same as growth. You can only expand for so long before gravity and inertia take their toll and the arc bends downwards. At some point, you’ve licensed everybody on the planet and exacted as much tribute from them as you can, stalling any further expansion. And ARM may have reached that point.

First, the financial numbers. ARM raked in about $1.6 billion in up-front licensing fees and royalties in 2019, according to boutique research firm IPnest as reported by Peter Clarke. That’s a big pile of cash, but it’s down slightly from 2018, which was down from 2017, which was down from 2016. That might be okay had the overall IP market been shrinking as well, but it hasn’t. The same report shows that the IP market grew by more than 5% even as ARM’s share of that business slipped. The company once had 50% of all licensing revenue to itself – that is, ARM collected as much as all the other IP firms put together – but that share now stands at a little over 40%. Dominance, to be sure. Just less dominant.

Who’s stealing the crumbs from ARM’s table? It’s not the other processors. It’s mostly the broad-based, non-processor EDA/IP supermarkets, namely Cadence and Synopsys. Of the top ten IP companies, it’s the processor design houses (ARM, Imagination Technologies, Wave Computing) that declined, while the interface and specialty suppliers prospered. Synopsys grew its licensing revenue by almost 14%, and Cadence saw a big 23% jump in business, putting those firms in the #2 and #3 spots, respectively.

Second, sources are reporting that ARM is raising its prices – by a lot. ARM’s licensing terms are secret, as they are with any IP firm. That makes negotiation easier (for one side, anyway) because there’s no published price list and no basis for comparison. Up-front licensing fees are typically well into six figures, and often in the millions for newer high-end processors, and that’s before royalties – which account for about half of ARM’s overall revenue picture – or any annual service contracts. ARM’s near-total dominance of the processor-licensing business gives it considerable leverage to dictate prices, especially for existing licensees who don’t want to switch architectural horses midstream.

Now some of those licensees say ARM is pushing for terms that would double or quadruple their cost to use its CPU cores. Presumably, that’s through a combination of higher up-front fees combined with steeper royalty rates and/or different royalty “steps” based on volume. It’s a big ask, and one that might well drive SoC designers to consider the alternatives. RISC-V is an obvious choice, given that it’s open-sourced and free from fees, but switching processor families is not the work of a moment. Products that rely on a third-party software base (e.g., mobile phones or tablets) are essentially locked in. Smaller IoT devices that run only proprietary software, however, could conceivably break from the ARM pack without affecting the user experience. Still, it’s a lot of work.

Finally, there’s the elephant in the room: ARM might be for sale. Japanese investment firm SoftBank acquired ARM for $32 billion back in 2016, but it already seems to be regretting that decision. Although ARM is doing reasonably well, some of SoftBank’s other investments definitely haven’t, and the firm is searching for cash. It’s already sold off its stakes in T-Mobile and Alibaba; it’s even sold off pieces of ARM that focused on software and services for IoT. It looks very much like SoftBank is streamlining ARM and grooming it for either a sale or an IPO (again). Anything that will generate cash for SoftBank and stanch its hemorrhaging balance sheets and appease its investors.

An ARM IPO would be straightforward, but risky. The more interesting option is an acquisition. IPOs are unpredictable. Depending on the mood of the investors on the day, SoftBank may or may not get the cash it wants. An acquisition, on the other hand, is more manageable. Both sides negotiate a deal, shake hands, and exchange a really big check. ARM should be worth at least $44 billion, according to London-based New Street Research LLP.

So… who would want to buy ARM?

It’s fun to think that Apple might acquire ARM, but that’s a terrible idea. First, Apple doesn’t need to own ARM. The Cupertino company already has a wide-ranging and flexible ARM architecture license (as opposed to an implementation license), making it one of only a handful of licensees (including Broadcom, Qualcomm, Microsoft, and Samsung, among others) that are allowed to design their own custom ARM-compatible processors. Buying ARM gets Apple nothing it doesn’t already have.

More importantly, Apple ownership would greatly antagonize ARM’s other licensees. IP licensing depends on neutrality. The whole point is to be a central, impartial, disinterested third party supplying critical technology to anyone and everyone, including competitors. ARM has more than 1,600 licensees by its own count, and many of those firms compete directly with each other – and with Apple. Imagine Apple controlling the key processor technology used by Google, Samsung, Huawei, and every other mobile phone maker. Not gonna happen. Besides, SoftBank has already approached Apple about a deal. Apple declined.

How about Intel? This one smells of delicious irony. The chip giant missed out on the industry shift to mobile processors, the changeover from x86 to ARM, and the rise of IP licensing as a viable business model. This could be Intel’s second chance. But an Intel/ARM tie-up suffers from the same problems as an Apple acquisition. Intel would wind up supplying CPU designs to its competitors, who would all be deeply suspicious of Intel’s motives, pricing, and plans.

What about nVidia? This one makes more sense, given that nVidia has fantastic GPU technology but no general-purpose CPU product line. Nvidia also has the money, having recently (but briefly) surpassed Intel in market valuation. Nvidia even approached SoftBank about a deal, so there’s definitely interest there. But nVidia doesn’t need ARM’s competing Mali GPU technology (unless there are interesting patents there), even though it could adopt the CPU architecture and try to license it out. But, here again, nVidia runs afoul of the “independence” test. Few chipmakers will want to license their CPU from a competing chipmaker.

Even if Apple, Intel, nVidia, or some other chipmaker did decide to blow tens of billions of dollars on ARM, there would be legal and governmental roadblocks galore. Countries around the world would launch monopolistic inquiries. Regulators would scrutinize every licensing deal. The peasants would revolt. Hundreds of ARM licensees would squawk loudly at the idea of a competitor controlling their CPU supply. The constant red tape would drag down all future business. No, thanks.

Which brings us full circle to the EDA companies mentioned at the top: Synopsys, Cadence, and maybe Mentor (now part of Siemens). They don’t make chips and therefore don’t compete with their licensee customers. They already supply popular IP, and adding ARM to that line card would be a major coup, not to mention a steady stream – more like a torrent – of recurring revenue. They have the independence, the experience, and the market presence. They just need to drum up the purchase price.

Don’t be surprised if your updated EDA tools come with a big gold-plated “Add ARM Here” button. See how easy that was?