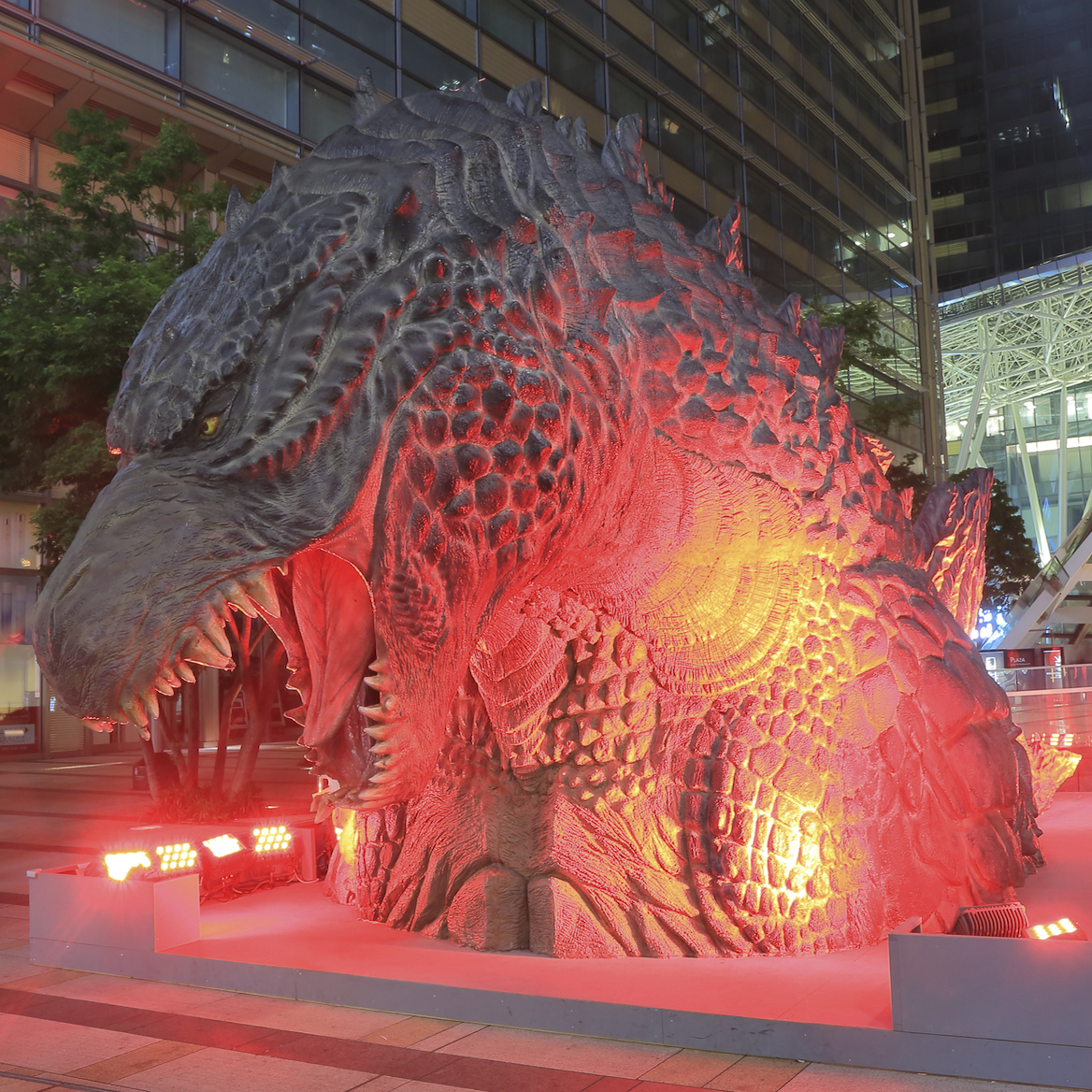 “Everyone avoids me like a cyclone ranger.” – The Vapors

You can stop reading now.

Really, there’s nothing to see here, folks. Go on about your business. Just another humdrum $32 billion acquisition of one of the industry’s most important players. Heck, that’s less than NFL players get paid right out of college, amiright?

As you’ve no doubt heard, read, and tweeted, ARM is in the process of being acquired by SoftBank for the aforementioned sum of cash. Yup – the world’s most popular microprocessor-IP vendor is about to become the property of a little-known Japanese conglomerate. That seems like a big deal, no?

Well, yes and no. It’s a big deal in the sense of a big financial deal. Even eccentric billionaires don’t toss around $32 billion without thinking about it pretty hard. But at the same time, it’s not a big deal in the sense of, y’know, “a big deal.” There’s nothing drastic lurking on the horizon for ARM, ARM’s army of licensees, or ARM’s million-man horde of developers, programmers, and users.

So who is SoftBank and why in the world did they buy ARM? Short answer: SoftBank is a company that collects profitable businesses. That’s what they do. It’s not quite a product company, but not quite an investment firm, either. As far as potential acquirers go, SoftBank is about the most harmless new owner you could want.

It so happens that I was once a SoftBank employee, very briefly. The company I worked for got acquired by SoftBank (everyone’s reaction: “who?”), and so we all attended a big company meeting. Our bosses talked in soothing tones about how everything was going to be fine, nobody was going to get laid off, and how this was really good thing for everyone concerned. And you know what? They were right. For once, the reassuring words following a major corporate acquisition turned out to be true. Nothing much happened. If you’d missed the all-hands meeting that day you could have been forgiven for not knowing we’d ever been acquired at all.

Also during that meeting we met Masayoshi Son, the mastermind at the head of SoftBank. Turns out, he’s a nice guy. Rich, but nice. And he told us a little about his investment strategy by relating a bit of American history that resonated with all of us Silicon Valley types.

During the famous California Gold Rush of 1849, Son-san said, thousands of eager gold miners poured into San Francisco from every part of the world, looking for instant riches. But virtually none of those Forty-Niners got rich. In fact, many went broke or died of unfamiliar diseases or from fights over territory. The only ones who got rich during the Gold Rush were the suppliers and the outfitters. Guys like Levi Strauss with his denim blue jeans. Charles Crocker, Leland Stanford, and their business partners who build the Union Pacific Railroad. A.P. Giannini and his bank (you know it as Bank of America). The hoteliers. The shovel salesmen. The undertakers.

It was the suppliers of infrastructure who got rich, not the miners themselves. And as Masayoshi Son told us that day, it’s infrastructure investment that gets him excited. He doesn’t want to run (or own) a product company. They’re too erratic, too short-term. Infrastructure endures. It’s necessary. And because it’s often unglamorous and overlooked, it’s also often undervalued. That’s where he makes his money: by investing in pieces of critical infrastructure that (he believes) are underappreciated.

We know better, but to the average global mogul, ARM is small potatoes and hard to differentiate from Intel, Lam Research, AT&T, TSMC, Verizon, Dell, or IBM. To most investors, even the fairly savvy ones, those are all equivalent and interchangeable companies in the “tech, media, and telecom” sector. “Verizon? They compete with Acer and TSMC, right?”

Under Masayoshi Son, SoftBank’s management strategy can best be described as “benign neglect.” He generally leaves his companies alone to do what they’ve always done, while he skims a bit of the profits off the top to pay for the next investment.

It doesn’t always work, of course. SoftBank bought the majority share of U.S. wireless carrier Sprint for about two-thirds of what it’s paying now for ARM, but that’s turned out to be a miserable money sink ever since. In fact, cynics have hinted darkly that SoftBank may be planning to use the cash that ARM throws off to pay down the mounting debts from Sprint. That wouldn’t be The SoftBank Way, but it’s not impossible, either.

Compare Imagination’s downward trajectory with ARM’s big cash infusion and you have a pretty stark contrast. ARM just got a generous injection of cash while Imagination is hemorrhaging money and selling assets.

What does ARM’s new ownership mean to us as designers, or to the industry at large? Not a lot. ARM isn’t going to abruptly change its CPU architecture or product roadmap. SoftBank has zero experience in that area and no evident reason to make a change. The third-party ecosystem remains. The licensing model remains. The existing license fees and royalty structures are likely to remain intact, so tomorrow’s negotiations will sound just like yesterday’s did. In short, it will still cost a lot to take out an ARM license, but you’ll still get a lot of IP goodness for your dollar.

Competitors like MIPS could possibly try to cast aspersions on ARM’s new ownership, sowing the seeds of fear, uncertainty, and doubt (FUD) among a wavering customer base. But I’ve heard of no examples of that – Imagination is too above-board for that – and the attempt would probably backfire, anyway. Given its current financial situation, Imagination is in no position to throw stones.

For its part, SoftBank threw a big, wet kiss at ARM’s employees to make sure they weren’t spooked by the deal and starting to head toward the exits. SoftBank promised to keep ARM’s HQ in Cambridge, to retain ARM’s current management structure and leadership, and – most remarkable – to actually double the company’s headcount inside the UK. Given that ARM already employs more than 3,000 British workers, that’s an extraordinary promise. (It probably went down well with British politicians and EU financial regulators, too.)

I wasn’t aware that ARM needed 3,000 new employees in the next five years, or that the company was even planning that kind of expansion. There are no teeth in the announcement – there’s no specified penalty if SoftBank doesn’t double ARM’s headcount – but it would be an embarrassing failure if the company reneged on its promise, and one that could weaken SoftBank’s negotiating position in future deals. And there will always be future deals. So we have to assume that both ARM and SoftBank are legitimately planning to double the UK headcount by 2021. Now might be a good time to submit your CV to Cambridge.

For all of its financial size, the SoftBank/ARM deal is much less disruptive than if, say, Intel had acquired ARM. Or just about any other “normal” chip company, really. Qualcomm, Intel, AMD, TSMC… there’s a long list of companies that might have been a sensible strategic fit as the owner of ARM’s microprocessor IP (even if they couldn’t all have afforded the asking price). But most of those acquirers would have set up an awkward conflict of interest. How would Intel have dealt with ARM? What would Qualcomm have done about competing ARM licensees? What would TSMC have to say about licensees using other foundries? All of these scenarios would have lessened ARM’s value post-acquisition and would probably have caused some previously loyal ARM licensees to flee into the arms of another microprocessor vendor. That would’ve been good news for MIPS, PowerPC, et al. Bad news for everyone else.

In the end, if anyone was going to acquire ARM, then SoftBank is about the most harmless acquirer one can think of. The company doesn’t have a reputation for stripping assets and selling off the remnants. It’s not a hedge fund. It doesn’t have any particular product strategy that conflicts with ARM’s stated roadmap and goals pre-acquisition. It doesn’t compete with ARM’s existing licensees, nor create an awkward negotiating partner. Except for a few high-level people in ARM’s financial and legal departments, most ARM employees and customers won’t even know that they’re turning Japanese.

I really think so.