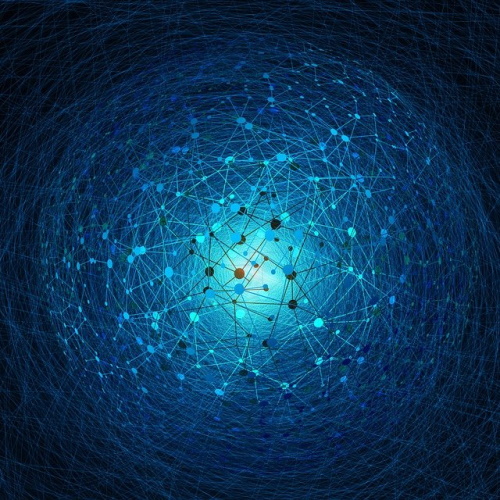 Are You Ready for Ubiquitous Connectivity?

Let’s do a thought experiment. Suppose you find yourself trapped in a small space like an elevator and someone looks you in the eye and poses the question: “Are you ready for ubiquitous connectivity?” How would you respond? “Yes,” “No,” “Maybe,” or “What the heck is ubiquitous connectivity when it’s at home?”

Actually, that’s not a bad question. Let’s break it down. In its more general usage, connectivity refers to the state or extent of being connected or interconnected. More particularly, in the context of computing, it refers to the capacity for the interconnection of platforms, systems, and applications. For a long time, wired connectivity (in the form of Ethernet cables, for example) was the order of the day. More recently, we tend to think of connectivity in one or more of its wireless incarnations (Bluetooth, Wi-Fi, Cellular, for example).

Meanwhile, the definition of ubiquitous is “present, appearing, or found everywhere.” Synonyms for ubiquitous are “global,” “universal,” “pervasive,” and “omnipresent” (much like my dear old mother).

I’m not sure if any of this helps. What I do know is that not so long ago in the scheme of things, the state of connectivity was the opposite of ubiquitous. In fact, the phrase “almost nonexistent” springs to mind.

For example, one of my favorite books is Tai Pan by James Clavell about European and American traders who moved into Hong Kong in 1842. Imagine trying to communicate with family and friends via sailing ships over that distance. You might write a letter in England posing a question like “What’s the weather like over there in Hong Kong?” And then you’d have to sit back and wait for six months or so before receiving a reply along the lines of, “Not bad, what’s it like where you are?”

When I was a sprog of around seven years old, the best I could manage in the form of autonomous communication was to climb the tree at the bottom of our garden and wave a flag at my friend, Jeremy, who lived down the road and who was ensconced in a tree at the bottom of his garden. Our messages could theoretically have been of any complexity. However, based on the fact that neither of us knew semaphore code, they were pretty much limited to “I’m here” and “I am waving my flag” and “I can see you waving your flag.”

In those days of yore, there was only one form of connectivity open to me in the modern sense—a black rotary telephone located in the hallway at the bottom of the stairs that was hard-wired into the wall. I didn’t get to use this much at that time because (a) you had to pay for local calls (and we didn’t have much money) and (b) the only person I had to call was Jeremy, which was pointless because we were inseparable anyway. 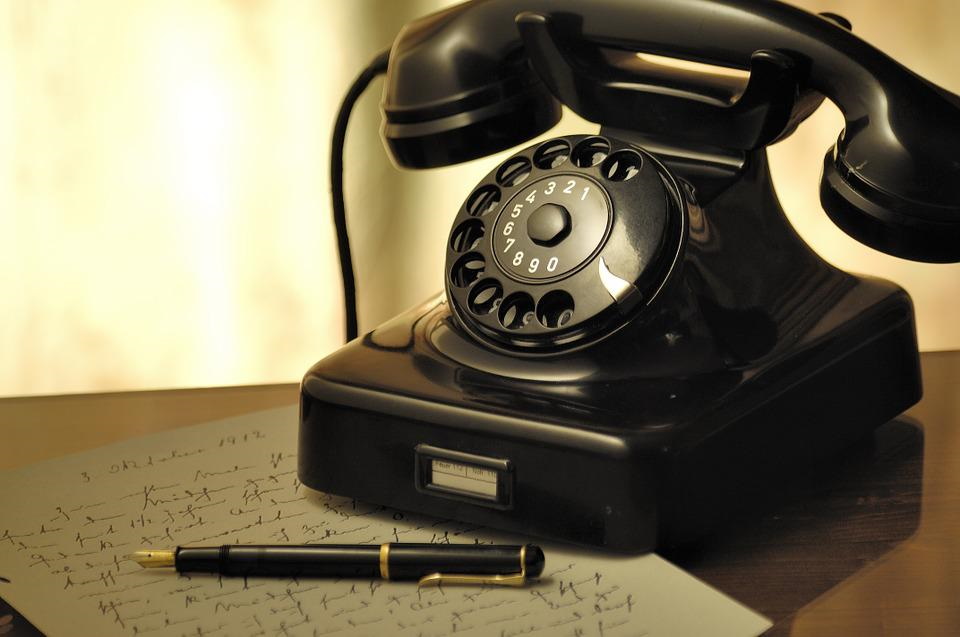 Once someone left the house, there was effectively no way to get hold of them. I suppose my mother could have contacted my father at his work in the case of an emergency, but she would have had to go through his company’s switchboard operators, and it would have had to have been a truly dire emergency because personal calls at work were frowned upon.

Even if someone did answer, this wasn’t “the call.” This was just the opening gambit where they all arranged when and where the real call would take place. A week or so later, all of our local family (aunts, uncles, cousins) would gather at our house. Meanwhile, all of the aunts, uncles, and cousins in Edmonton would gather at their designated house. My mother would make “the call” (via operator to operator as before), and we would spend a happy 59 seconds shouting “Happy Christmas” to each other before hanging up to avoid paying for a second minute (did I mention we didn’t have much money?). As I recall, it was not until around 1971 that it was possible for us to direct-dial my aunts in Canada and vice versa.

My degree was a co-op course that was based on being at the university for nine months, out in industry for six months, back at university for nine months, back out in industry for six months, and so on. When I was in town, on Friday afternoons, the phone in my flat would start to ring as my circle of friends laid our plans for the evening. Suppose we agreed to meet at the Wapentake Bar at 7:00 p.m. Once the plan was made, there was no turning back because no one knew how far the message had spread. Similarly, we all got there on time because, after the first drink, we might decide to go somewhere else and there was no way to communicate this information to anyone who arrived late.

While I was out of town in industry on my co-op course, there was no way to call friends and family during the day. You couldn’t just pick up a phone in the office and call out. Instead, you had to go through the company switchboard and a snooty operator would grill you as to the reason for your call (“No personal calls allowed!”). In the evening, if I wanted to call home (“Please send me some money”), I would have to wander down the road to the nearest public telephone box and join the queue that was invariably to be found there. 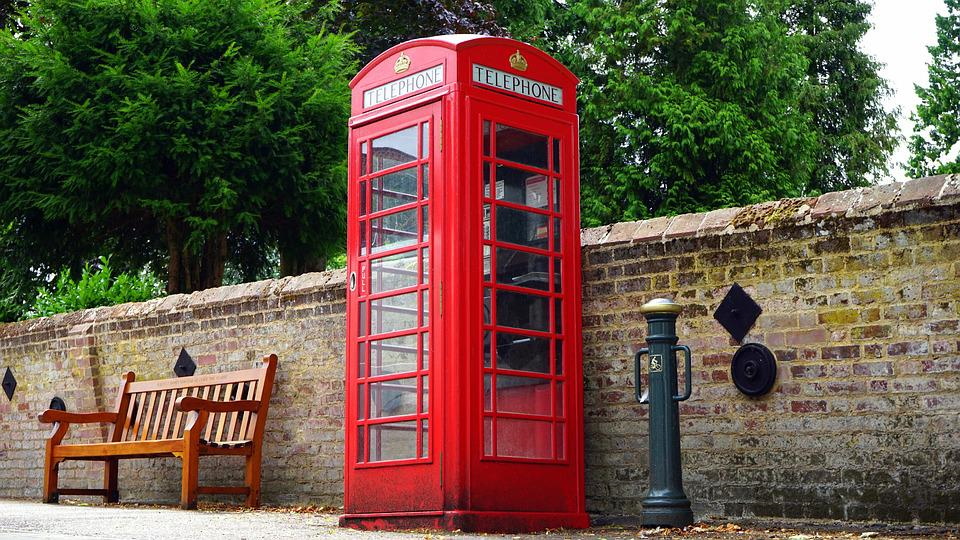 The first handheld cellular mobile phone was demonstrated by John F. Mitchell and Martin Cooper of Motorola in 1973 using a handset weighing 2 kilograms (4.4 lb). Martin once told me a funny story about the second call he made, but we’ll leave that for another time. Suffice it to say that it was to be more than two decades later that anyone I knew could afford a cellular mobile phone of their own.

After I’d left university, one thing I remember about my second job circa 1981, which was at a small start-up company called Cirrus Designs, was when the two guys who had formed the company told us: “You each have a phone on your desk. Each phone has its own number so people can call you directly. If you want to call anyone, just pick up the phone.” It was like we had been transported into an alternative dimension.

I also recall when one of my friends got one of the first cordless phones sometime in the early 1980s. We all went round to his apartment to see it. He wanted to demonstrate it in action, but there was no one for him to call because we were already there, so he called the Speaking Clock, after which we took it in turns to wander from room to room listening to the automated voice telling us the time (we were easily amused).

I remember towards the end of the last millennium (which sounds much better than saying “the 1990s”), if you told your colleagues and supervisors at work that you were going on a week’s vacation, all they said was “Have a nice time.” No one expected you to respond to emails when you were on holiday (because no one expected you to have a computer) and no one thought to ask, “Is there a number we can call you at if we need to ask you anything?”

Now, of course, when it’s 9:00 a.m. in England, my mother can use her iPad to FaceTime me on my smartphone at 3:00 a.m. here in the USA to ask me about a recipe or something (“I’m sorry, I forgot about the time difference… again”). Now, we can all wander around the world FaceTiming each other, sending text messages and emails, making online purchases and booking tickets, checking the news and streaming videos, and… so much more.

I think it’s fair to say that today’s connectivity is pretty pervasive, if you are in the right place, but it’s not—as yet—ubiquitous. The Wi-Fi coverage is currently a little skimpy at the top of Mount Kilimanjaro, for example.

On the other hand… achieving a state of ubiquity on the connectivity front may not be too far in the future. Regarding Mount Kilimanjaro, for example, as reported by NPR, “The state-owned Tanzania Telecommunications Corporation installed the broadband network last week at an altitude of 12,200 feet and aims to bring connectivity to the summit of the 19,300-foot mountain by the end of the year.” (they also note that “Mount Everest has had 4G mobile connectivity since 2013 and fiber-optic broadband since 2017”).

Furthermore, as you may recall, late last year I had a very interesting chat with Houman Zarrinkoub, Ph.D., who is Principal Wireless Product Manager at MathWorks (see MathWorks’s Satellite Communications Toolbox is Out of This World!). During our conversation, Houman brought me up to date with the current state of play with respect to the constellations of low earth orbit (LEO) satellites that are in the process of being launched. He told me that it won’t be long before we have cell phones that will automatically switch between using Wi-Fi and cellular, as they do now, to accessing the nearest satellite if you happen to find yourself out of standard wireless range on the top of a mountain, for example (a mountain other than Mount Everest or Mount Kilimanjaro, obviously).

Well, I just had another very enlightening talk with Houman about the topic of… you guessed it… ubiquitous connectivity. Houman explained how we are quickly moving to an era in which all of our devices, including our wearables, smartphones, tablets, and vehicles experience ubiquitous connectivity. This includes machine-to-machine (M2M) and vehicle-to-vehicle (V2V) communications.

Houman’s vision is for all of these platforms to seamlessly switch between whatever is the best current option between Bluetooth, Wi-Fi, cellular (5G, 6G…), satellite, and so forth. Houman believes that ubiquitous connectivity, which he considers to be “designing systems capable of seamlessly switching between satellite, cellular, and local area networks to maintain fast, secure, and reliable online connections,” is no longer a “nice-to-have” but is soon to be a “must-have!” (I added the exclamation mark myself, just to show support).

For the engineers building these systems, as the possibilities presented by wireless technology grow, so do the challenges presented by its design.  Some of these challenges include a) ensuring compliance with standard protocols for system and device interoperability, b) optimizing the multidomain system parameters that integrate algorithms, antenna, array, and RF transceiver design choices, and c) verifying the designs of hardware prototypes with automated over-the-air tests and realistic channel and impairment models.

Seriously, if you are getting ready to start working on a device or system that needs to support ubiquitous connectivity, then you need to be talking to the folks at MathWorks (just ask for Houman and tell him “Max says Hi!”). So, how about you? What do you think about all of this?

One thought on “Are You Ready for Ubiquitous Connectivity?”