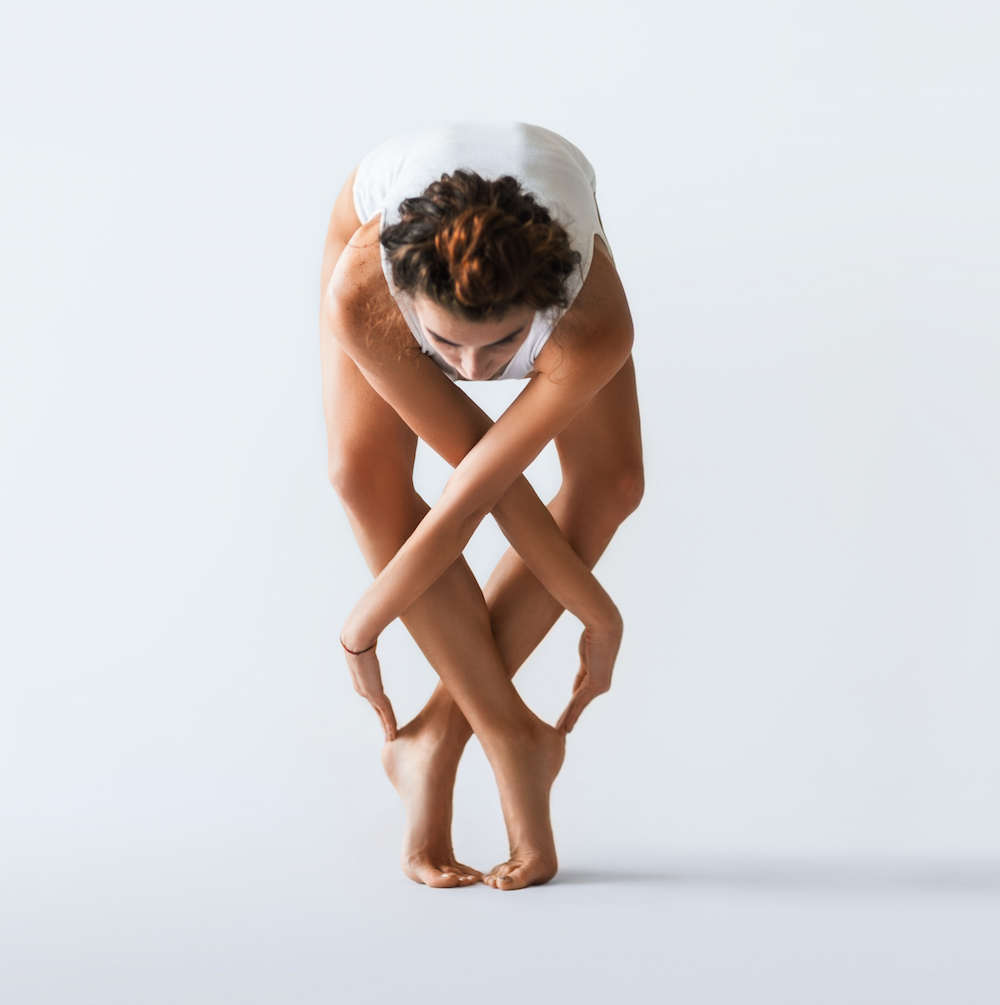 A New Kind of Flexible Device

“Never pick a fight with people who buy ink by the barrel.” – Mark Twain

One thing we know for sure about semiconductor chips is that they’re really, really, really expensive to manufacture. We’re talking space-program levels of money. It costs many billions of dollars to build a new semiconductor fab, not to mention the acre-feet of water, chemicals, materials, and manpower needed to keep it running.

That’s one of the funny paradoxes of this business: it’s galactically expensive to build a chip-making plant, but the chips themselves are ridiculously cheap. This, as they teach us in Economics 101, is the power of high-volume manufacturing and amortization. If Intel, Xilinx, or Samsung made only one chip per year, we’d pay $1 billion for it. But since they produce millions of chips, we pay only a few bucks.

The volume-pricing curve also means that chips need to be big box-office hits or they won’t get the green light for production. There are no boutique semiconductor fabs hand-crafting artisanal devices for the carriage trade using Old World techniques. It’s not economically viable to make just a hundred copies of a new chip, or even a thousand or ten thousand. That’s why we have programmable devices like FPGAs and CPLDs: to fill that hole between humongous mass-production volumes and one-off specialty devices.

But what if making chips were cheap? Like, really cheap?

What if you could drop the price of a semiconductor fab by a factor of a thousand? Or a million? How would that affect the economics of the business? How many new players, and new application areas, would that enable? What if starting a new chip-making venture was no more expensive than, say, opening a new coffee shop?

Well, you can’t. I’m just messing with you. But… there is an established semiconductor company doing something very close to this.

Brewer Science has been around for more than 30 years, and they’re a big behind-the-scenes player in fab technology. It’s the company that developed antireflective coating for semiconductor lithography, and, if you’re the guy in charge of managing fab operations, you’ve probably got Brewer Science on speed dial.

They’re not really a semiconductor company, though; not like shiny-machine makers Applied Materials or KLA-Tencor. They’re more into chemistry and materials science. They just happen to apply that chemistry expertise to a very willing and lucrative market in the semiconductor business. That’s been their bread and butter for decades, but bread and butter alone make for a dull (and unhealthy) diet. So, the company has branched out.

A decade ago, a splinter group within the company started looking at different ways to apply their chemical wizardry to electronics. Carbon nanotubes looked interesting, but not in the way most other companies were applying them. Instead, Brewer’s scientists wound up creating conductive carbon-based inks. These inks (along with related materials) could be applied like, well, ink to “print” electronic circuits. From that came the company’s first ink-jet printer – that makes electronics.

The company currently offers three printed devices: a temperature sensor, a moisture sensor, and a flex sensor. All three are printed using special ink on the company’s own production line. But, as an added bonus, all three are also flexible. You can bend ’em. 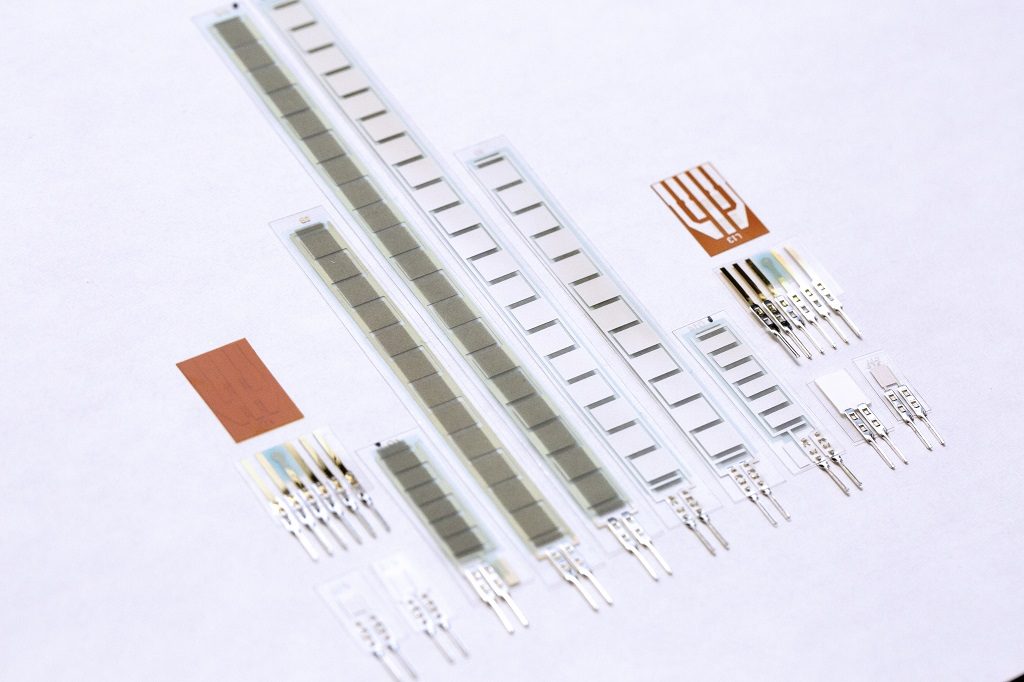 Mechanical flexibility turns out to be a happy side effect of the printing process, and one that’s particularly valuable to makers of robotic equipment and wearable electronics. It’s the flexibility, not the printing technology, that draws most of Brewer’s customers. But printing enables flexibility, as well as Brewer’s other secret benefit: it’s cheap.

Printing circuits is a whole lot cheaper than running them through a billion-dollar semiconductor fab line. For starters, there is no fab line. And no clean room. No bunny suits. And no multimillion-dollar pieces of shiny equipment from KLA-Tencor. (Nor, ironically, any antireflective coatings from Brewer Science.) It’s basically a glorified silkscreen shop, like the place you go to get custom jerseys for your local softball team. Granted, the technology is considerably more advanced than that, but the basic concept has been around since Gutenberg.

Brewer’s equipment and facilities are cheaper – by several orders of magnitude – than those at a proper semiconductor fab, so its sensors are inexpensive to produce. But the cost advantages go deeper than that. Unlike with “real” chips, Brewer’s devices are produced in continuous rolls, not a single chip at a time cut from a wafer. Imagine newspapers rolling off a printing press in an endless stream and you get the idea. Once the equipment starts rolling, the sensor chips fly hot off the presses at the rate of 40,000 per day. You can now buy sensor chips by the yard.

Mask changes are also cheaper. Fixing a design flaw in a conventional chip means a mask change, which can cost millions of dollars and take months to implement. At Brewer Science, a “mask set” means a new silkscreen, which costs a few hundred bucks and takes just a few weeks to produce.

Design turnarounds are also quicker. If a customer wants a customized version of the temperature sensor, say, or a specialty device that mixes the temperature, moisture, and flex sensors together, Brewer can produce that in short order. One customer wanted dozens of flex sensors in the shape of a hand to build a prototype VR glove. Small production runs aren’t a big deal, unlike with traditional fabs. It doesn’t require a million units to make a product financially viable.

“Flexible” often equates to “wearable,” and that’s certainly one area Brewer is pursuing, but not the only one. Ten years ago, we were all predicting wearable electronics like flexible wristwatches, but that turned out to be a red herring. (Neither mechanical wristwatches nor products like the Apple Watch are flexible, and that doesn’t seem to matter.) Instead, wearable devices might take the form of medical sensor garments that monitor vital signs without being obvious, uncomfortable, or cumbersome. Sports equipment, like helmets or jerseys or shoes, could also benefit. And industrial uses are also attractive, since Brewer’s printed sensors are more accurate and less finicky than competing devices, according to the company.

The hardest part is getting customers to think outside the cube. We’re so accustomed to hard, square devices soldered to hard, flat printed-circuit boards that it takes awhile to imagine uses for flexible devices. “Some customers aren’t as imaginative as we’d like,” says Dominic Miranda, Brewer’s Biz Dev manager for printed circuits. “We tantalize them with ideas.”

Who says print is dead?

One thought on “A New Kind of Flexible Device”