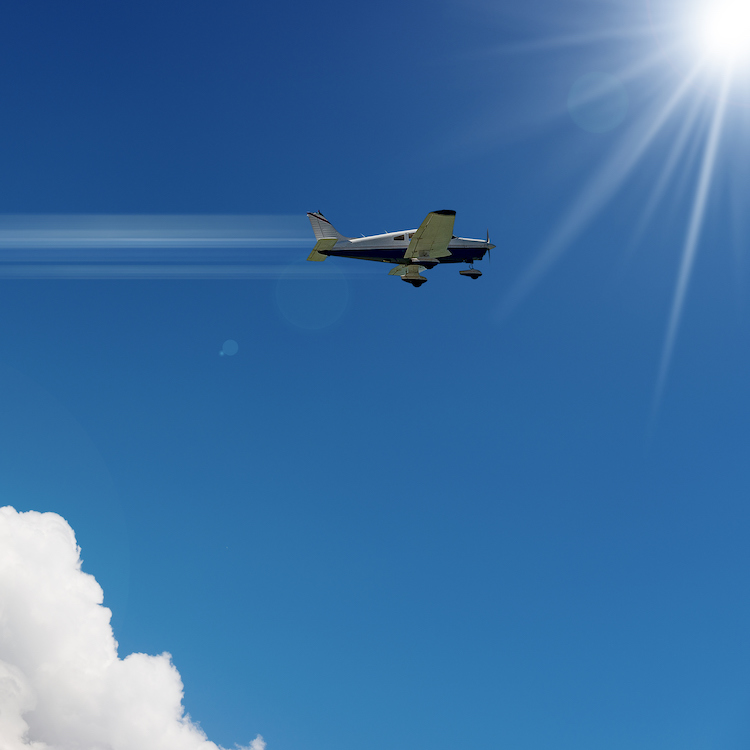 A History of Early Microcontrollers, Part 6: The Fairchild F8 and Mostek MK3870

If Shakespeare were a technology fiction writer, he likely would have come up with something that looked very much like the story of the Fairchild F8 and Mostek 3870 microcontrollers. It’s a story full of misplaced trust, corporate seduction, shifting loyalties, misadventure, misappropriation, legal machinations, and great success followed by oblivion. A truly Shakespearean tale for Fairchild’s first microprocessor, named “F8” (Fate).

Fairchild was late to the microprocessor party. Even Hogan admits that. Fairchild’s MOS LSI business was never successful. Nevertheless, Fairchild developed a microprocessor, really a microcontroller, that became one of the industry’s biggest successes in the 1970s. It started by hiring the right guy.

Dr. David Chung had deep roots in the computer and semiconductor industries, and he changed jobs frequently. He started as a system-software programmer in the Computer Laboratory of Purdue University, where he earned his PhD in 1962. He became a member of Honeywell’s CPU design team for the company’s 48-bit H-800 computer in 1959. Two years later he joined IBM to design ECL-based circuitry for that company’s high-end IBM 360 mainframe computers. That experience carried him on to Texas Instruments, where he served as engineering manager for the company’s ECL logic chips, used in IBM’s 360 Model 85 and 195 computers. He then spent three years designing militarized computers at United Technology Laboratories and ended up joining General Instrument Corporation (GI) as head of microprocessor development in 1972.

At the time, GI was well into the design of MOS LSI chips, but it did not yet have a microprocessor. However, GI had purchased a non-exclusive license for a microprocessor architecture developed by Olympia, a German typewriter and calculator manufacturer, and was preparing to design a microprocessor based on that architecture. GI sent Chung to Germany to learn about Olympia’s microprocessor design. Shortly after his return to the US from Germany in 1973, Chung left GI and joined Fairchild Semiconductor as the Director of Microprocessor Products, where he managed the development of Fairchild’s first microprocessor, the F8. Fairchild announced the F8 microprocessor in September 1974.

In its minimum two-chip configuration, the Fairchild F8 looks more like a microcontroller. The two chips are the Fairchild F3850 CPU and the F3851 Program Storage Unit (PSU). The F3850 CPU integrates an ALU, the 64-entry scratchpad register, the ISAR, and two 8-bit parallel I/O ports. The 3851 PSU contains the program counter, data counter, stack register, a 1-Kbyte program ROM, and two more 8-bit parallel I/O ports. These two chips connect together gluelessly, creating a self-contained, 8-bit microcontroller with 64 bytes of RAM (the scratchpad) and a 1-Kbyte program ROM.

Fairchild knew that its F8 customers would demand an alternate source, so it licensed Mostek as a second source in June 1975. This license also allowed Mostek to develop other chip designs based on the F8 architecture. First, Mostek’s manufacturing machine churned out large volumes of the initial F8 family chips and drove the price down significantly. Then, in 1976, Mostek announced the MK3870 microprocessor, which combined the functions of the F3850 and F3851 on one chip, added an optional 64-byte RAM that could hold executable code to permit code overlays, and expanded the ROM to include optional 2- and 4-Kbyte versions. Mostek also moved the metal layer that defined the on-chip ROM to the top of the metal stack, which allowed the company to stockpile partially finished chips and thus drop mask NRE charges by more than an order of magnitude to a very competitive $1,000.

The Fairchild F8 microprocessor failed to gain much of a foothold. Fairchild even developed a home video game console based on the F8, but that, too, was not successful. However, the MK3870 microcontroller caught fire and was designed into many products. 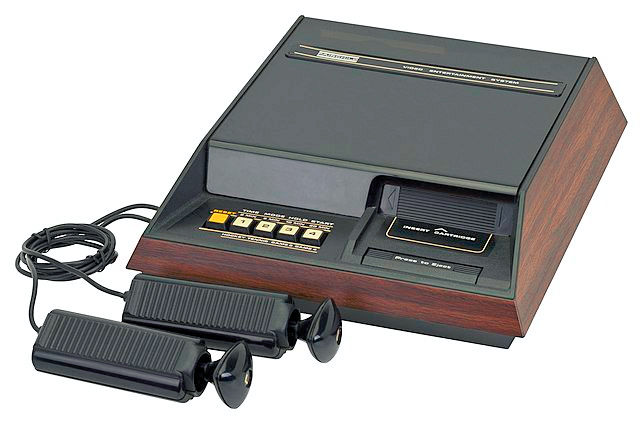 The MK3870 was so successful that Fairchild started second-sourcing MK3870 microcontrollers. Perhaps one of the most famous of the products that used the MK3870 was the Fluke 8050A, a 4.5-digit benchtop multimeter introduced in 1979. The MK3870 controlled the entire instrument, sequenced the ADC, made the measurements, and computed values for additional measurements such as dB, conductance, and relative voltage readings. It also drove the DMM’s display. The microcontroller drew so little power that Fluke was able to offer a rechargeable battery option for the 8050A DMM.

Other instrument manufacturers used the MK3870 in their test equipment designs as well. For example, HP used them in its 5315A/B and 5316A/B universal counters. Heathkit used one in its OCW-1401 Aircraft Navigation Computer, which ran on four AA batteries. Bally used an MK3870 in the home version of its Elton John Captain Fantastic pinball machine. 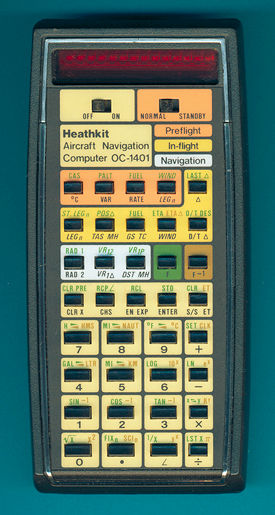 I have a personal history with the Mostek MK3870. In 1977, I started developing an analog I/O interface card for HP’s line of 98×5 desktop calculators. It was essentially a 4-channel, 3.5-digit digital voltmeter on an easy-to-use, plug-in card. It was clear from the outset that the design required a microcontroller, but, at the time, there were not a lot of choices. The choices included the Mostek MK3870, the Intel 8048, the Motorola MC6801, and HP’s own Nanoprocessor, an early microprocessor that could perform bit manipulation but had no ALU.

HP had used the Nanoprocessor in the design of several voltmeters such as the HP 3455A and 3456A, and as the controller IC in its 98034A HPIB card. It was made in HP’s NMOS fab in Loveland, Colorado. However, the Nanoprocessor’s lack of an ALU disqualified it from my project. I needed the computational capability of an ALU.

The HP I/O cards were limited to 500 milliamps on the 5-volt power supply rail, and the Motorola MC6801 drew twice as much power as either the MK3870 or the 8048, which disqualified it. That was unfortunate, because both the Mostek MK3870 and the Intel 8048 had quirky Harvard architectures specifically tailored for the reduced on-chip resources available on early microcontrollers. The MC6801 had Motorola’s clean 6800 processor architecture.

Forced to decide between two bad choices, I selected the MK3870 and went to Mountain View, California where Fairchild’s affable Herb Brunner taught a class in F8 assembly-language programming. After having programmed on minicomputer architectures including DEC’s PDP-9 and HP’s 2100, the programming model for the F8/MK3870 seemed downright weird to me. Fortunately, HP hired Michaela Dichter, who did the actual microcontroller programming, so I was spared the experience.

After some unusual bumps in the road, we finally released the HP 98037A analog I/O card to production in 1980. I left HP shortly after that. The 98037A never actually went into production, and only three hardware prototypes were built. At least two still survive. The figure below shows the processor board used in the 98037A, patch wires and all, with the Mostek MK3870 in purple and gold appearing on the right side of the board. The writing on the white label stuck to the board is mine, from 45 years ago. 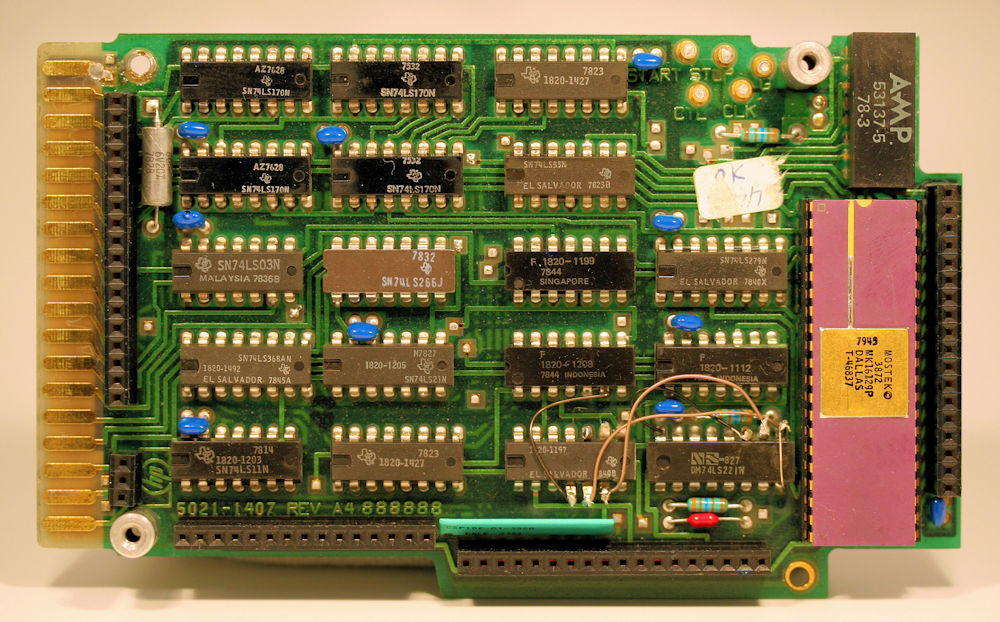 Processor board from an HP 98037A Analog I/O card showing a Mostek MK3870 on the right. Image credit: Steve Leibson

The MK3870 microcontroller competed effectively against Intel’s 8048 for a few years. Bill Davidow, Intel’s Corporate Director of Marketing and Sales at the time, noted that Intel would win all designs with volumes under 5000 units and Mostek’s MK3870 would win designs with sales volumes greater than 5000 units, because of Mostek’s lower NRE charge and lower unit price. The microcontrollers that Intel shipped to its customers for these lower-volume designs were actually the more expensive UV-programmable 8748s, so Intel was doing all right with its share of the market.

However, as a result of this competition, the MK3870 became an explicit target in Davidow’s famous scorched-earth marketing campaign called Project Crush. By the time Intel developed the 8048’s successor, the vastly superior 8051, the game had ended for the MK3870. As Henry Blume Jr. notes in the oral history panel for the 8048, “Mostek just disappeared. They stopped quoting 3870s.”

But we’re not quite at that point yet in the microcontroller’s history. That’s still a few years in the future.

Oral History Panel on the Development and Promotion of the Intel 8048 Microcontroller, Computer History Museum, July 30, 2008

“The Man Behind the Microchip: Robert Noyce and the Invention of Silicon Valley,” Leslie Berlin, Oxford University Press, 2005

2 thoughts on “A History of Early Microcontrollers, Part 6: The Fairchild F8 and Mostek MK3870”