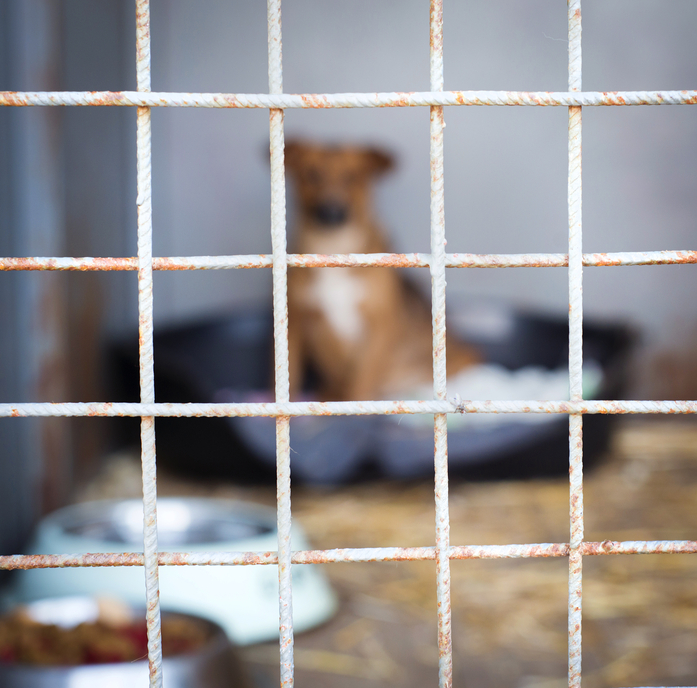 A Sad Day in the Electronics Trade Press
by Kevin Morris

Animal shelters can be heartbreaking places. It’s not so much because of the over-enthusiastic questionable-breed puppies bounding energetically around their cages, oblivious to the game of Russian roulette that their caretakers are playing with their lives. No, it’s the ten-year-old one-eyed dog, brought in by the owner who “just doesn’t feel like having a dog anymore” sitting despondently at the back of his cage, the wisdom of experience heavy on his brow, solemnly and knowingly awaiting his inevitable fate. That’s what makes visiting these places such a gut-wrenching experience.

Today, UBM announced that it was “divesting itself” of its electronic engineering publications, including “US and Asian versions of EE Times, EDN, ESM, Embedded, EBM, TechOnline, and Datasheets.com.” The publications are being acquired by a subsidiary of Arrow Electronics, Inc. – a worldwide distributor of electronic components.

This is not good.

I have to admit my heart sank reading the news. Sure, these publications are the largest competitors to us here at EE Journal, and it’s undisputable that having your competitors being dropped off like unwanted pets at the nearest shelter that would take them has to be a good thing business-wise. After all, engineers are savvy enough not to trust one of their distributors to be an unbiased source of information on the products they sell. And other electronics companies and distributors are not likely to want their advertising and content marketing programs to be run by their competitor. All of these factors make this a clear win for us at EE Journal, right?

For me, though, it’s not that simple. Sure, I would love nothing more than for EE Journal to become the undisputed leader in the electronics trade press. That’s what our entire team has been working tirelessly toward for the past 13 years. But, as an engineer, I have a personal connection with EE Times in particular. EE Times was a guidepost for my entire engineering career, starting from the first time I grabbed one of the newspaper-sized rags off the table in the engineering lounge at my university, and continuing until 2003 when I made a career change and founded EE Journal (for which EE Times was certainly part of the inspiration). I always had a personal bond of trust with EE Times as an information source.

I have watched, therefore, with these mixed emotions for the past several years as EE Times has struggled to keep up with the transition from print to electronic media, struggled with the ethics of marketing versus journalism, and struggled with massive budget cuts and staff reductions. The fruits of Moore’s Law were clearly not kind to the publication that probably had the most influence on its existence and impact.

In truth, I lost most of my bond with EE Times several years ago when they began laying off the most talented and respected journalists in the industry as a cost-saving move. I lost more respect as the publication slowly shifted and compromised its journalistic ethics in a desperate attempt to stay afloat. We at EE Journal chronicled the downward spiral of EE Times and of the electronics trade press in general – from my 2009 “The Death of the Trade Press” to Jim Turley’s 2013 “Consider the Source”, we watched solemnly as our segment of the industry slowly imploded around us.

I still have great respect for the small, dedicated team of journalists who have struggled to keep EE Times going for the past few years. But my beloved benchmark of electronics reporting had clearly become a dim shadow of its former splendor – a bit hard to look at against the backdrop of my memory and experience with the publication.

So perhaps my emotions should have been tempered a bit more when I saw the news that EE Times found itself dropped off in the after-hours depository at Arrow overnight, in the company of every one of its UBM litter. Maybe my mind didn’t visualize the scraggly aging animal that is just now hobbling to the quietest corner of the pen. More likely, I saw the demise of the vibrant, confident visage of EE Times from decades past, and I knew what this meant for the venerable publication.

Make no mistake. Arrow is a kill shelter.

Electronics distribution is a very good business. Margins are high, markets are fairly stable, and for everyone from the biggest players like Avnet and Arrow to the online up-and-comers like Mouser and Digi-Key, the enterprise offers rich rewards aplenty. Every day, engineers design systems that go into volume manufacturing with profit-laden bills of material – headed for the order lines and loading docks of these successful companies. The only thing that limits their profits is access to the attention of the engineers making those design-in decisions. The largest distributors bring in double-digit BILLIONS annually.

Contrast that with the business of running a trade publication, which maxes out in the double-digit annual MILLIONS – even for the largest, most successful names in the industry such as EE Times. If you know your math, that’s a one-thousand-times smaller business. If a company one one-thousandth your size has an asset that could make a substantial difference in your ability to compete in your main market, dropping a few million to scoop them up is a no-brainer. That asset, unfortunately, is probably not “EE Times – the trade publication.” It is most likely “EE Times – the world’s largest and richest database of engineers who are potential Arrow customers.”

If you are reading this, you are almost certainly on the list that Arrow just bought.

You may remember that this is not Arrow’s first rodeo scooping up media databases. Not that long ago – back in early 2015 – the company acquired the engineering publications of Hearst Electronics Group – including Electronic Products Magazine and 15 other engineering web sites, e-newsletters, inventory access tools, and databases. It’s a reasonable strategy. By buying up the databases, content creation, and editorial channels of the world’s biggest electronic engineering publications, Arrow can market directly to the new databases they’ve acquired and simultaneously cut off their competitors’ access to independent media and marketing outlets.

There is no motivation, however, for Arrow to do more than put up a weak show of running an actual trade publication. There is no reason for the company to nurture an objective, analytical, critical voice in the industry. There is no upside in the company operating a high-value advertising and marketing business serving their primary competitors. The only sensible move is to harvest the database, ride the former reputations of these publications as long as they last, and reap the rewards in component sales. The paltry returns of an advertising-supported independent publication wouldn’t move the needle on a distributor’s P&L meter.

The collateral damage in this brutal competitive tactic in the distribution battle is the independent trade press, which has had most of its top-level titles squandered in the process. For those of us who believe in the importance of a vibrant, competitive, independent press, it’s a tragedy.

I want to say thank you for reading and supporting EE Journal. We will continue to do our best to serve and support the engineering community as an objective, unbiased, authoritative source for information and insight on the electronics industry. We will continue to maintain a well-guarded and well-labeled firewall between our editorial offerings and our revenue-generating advertising and sponsored offerings. And we will continue to respect engineering as a profession and do our best to enhance the valuable contribution engineers make to the world.

featured blogs
Will the New FIA Directives Remedy Porpoising?
Throughout this season at Formula One, porpoising has been the most talked-about phenomenon, especially with complaints from drivers about blurred vision and severe back aches. Week after week, not... ...
More from Cadence...