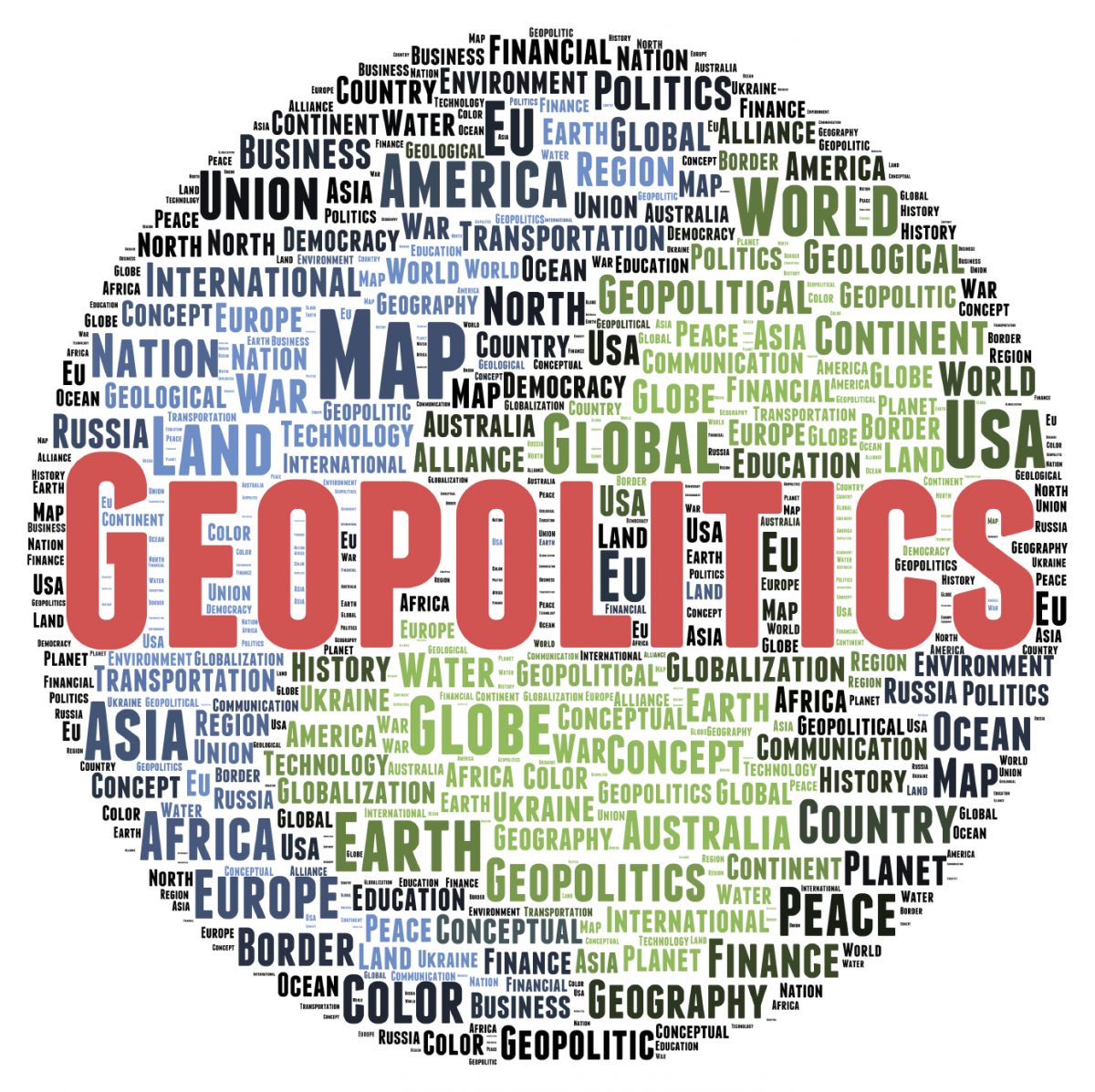 May You Live in Interesting Times

Already 2016 is a Very Interesting Time
by Dick Selwood

I was rather saddened to learn that the ancient Chinese curse, “May you live in interesting times” is probably a 1930s invention, because all the signs are that 2016 will be the sort of interesting times that the curse would appreciate.

Each January, Malcolm Penn, of analyst company Future Horizons, reviews the semiconductor industry’s performance and makes predictions for the coming year – something he has been doing for a quarter of a century with pretty good accuracy.

An important part of his approach is an assessment of the broader economic climate. What follows is an overview of these issues, based on his presentation, with updates on events that have occurred since. Now you might be thinking, “I am an electronics engineer. What do global socio-economic matters have to do with my technology?”  Do you remember 2002? After a stock market crash, the semiconductor business fell over a cliff. The same thing happened in 2008/9. Your livelihood was at risk. The same thing is potentially going to happen in 2016, but instead of just the financial markets sorting themselves out, there are multiple other storm signals flying.

The world stock markets have indeed been falling again, just not quite fast enough to be called a crash. Technology stocks are among the biggest sufferers – that is, the ownership of the company that employs you could be about to change ownership (and we have had a number of chip companies changing hands in the last year) or suffer a cut-back on investment and headcount to try to win the shareholders’ approval. Imagination Technologies, the second largest IP firm, has seen its share price battered – and, in the last few days, its CEO has paid the price.

Accompanying this have been falls in Gross Domestic Product (GDP). GDP is the measure of a country’s economic activity. It adds together consumer spending, government spending, and industrial investment, and, while the number may not be totally accurate, the changes provide a barometer of a country’s health. China has for several years been reporting rampant growth in GDP, 25% or more. In January it reported that the GDP growth for the final quarter of 2015 was 6.9%, and continuing to fall, although seasoned observers feel it is more like 3%. In February, Wang Baoan, head of the National Bureau of Statistics and the man responsible for compiling China’s GDP figures, was arrested. This presents a significant potential problem for electronics.  China is consuming around 30% of the world’s chips – more than Europe, Japan, and the USA combined. And, while many of the electronic products these chips go into are exported, a significant and increasing percentage is being absorbed by the domestic market. And we have seen that the domestic market is not in great shape. Additionally, commentators fear that the enormous foreign borrowing that China undertook to take advantage of low interest rates leaves the country even more exposed, particularly as individuals are quietly – and not always legally – getting their capital out of China.  Rapid shrinking of the Chinese domestic market will have a direct knock-on effect on world chip sales.

Recession is a risk elsewhere. Two of the countries regarded as technology giants – Japan and Germany – may already be in recession. (Economists don’t agree with each other on definitions nor do they agree on how to interpret the figures.)

Now for Europe: the stresses caused by refugees from the civil war/crisis in the Middle East are causing countries to close boundaries that were previously open. Trucks and trains crossing those boundaries are subject to delays as they are searched for refugees hiding in them. And irritation between countries over their treatment of refugees is exposing gaps in the EU project – for example, between Hungary and Germany – which are only being exacerbated by Prime Minister Cameron’s attempts to negotiate a privileged deal for Britain in Europe, under the threat of Britain leaving the EU unless he gets his way.

Refugees are contributing massively to economic uncertainty in the Middle East and elsewhere. The United Nations estimated that there were around 19 million world-wide in 2014, and now suggests that in January 2016 there were more than 4 million refugees from the Syrian conflict alone. The Syrians, in particular, are mainly urban dwellers, many of whom had good jobs and good incomes to buy consumer goods. Having that many people swilling around not only removes customers – it puts a strain on the economies of those countries that are providing them with a place of refuge.

Now much of this has no direct effect on chip sales, but companies like certainty, and, in periods of uncertainty and a troubled economic climate, companies are reluctant to make investment decisions in new products, R & D, and capital equipment. For 2016, the US presidential elections also introduce another kind of uncertainty.

Another area of uncertainty covers the territorial ambitions of both China and Russia. China is building islands to provide legitimacy over its claims for large areas of the sea bed. And Russia, which is back at the top table of world powers under Putin and playing a major role in Syria, has not backed down nor disengaged in any way in the Ukraine, and is sabre rattling along the border of the Baltic States. Another fraught border is that between North and South Korea. In February the Kaesong Industrial Region, an industrial area of around 120 South Korean Companies employing North Korean staff, was closed after arguments between the two countries. While strongly textile- and clothing-based, there are multiple electrical and electronics companies who are being forced to stop production.

There are potential political flashpoints in many places around the world. And as the world discovered in 1914, a small incident in a remote corner can quickly turn into a major war spanning continents.

And if that isn’t enough to worry you, look at the Pacific Ocean for yet another cause of concern: earthquakes and volcanoes. The ring of fire, the circle of volcanoes stretching from Alaska to Chile and up the other side, through Indonesia and Japan, is where tectonic plates meet and interact. Visit the US Geological Survey’s earthquake site (http://earthquake.usgs.gov/), and you will see that there are multiple earthquakes every day on the US west coast and in Japan. Most of these are barely noticeable, but every so often there is one that shakes things from shelves and causes problems with wafer lots in progress.  (In early February 2016 there was an earthquake in Taiwan that killed at least 100 people. A TSMC fab nearby went into automatic close down, with valves closing on gas and liquid supplies. There were no injuries, but wafers equivalent to about 1% of the company’s total production for the first quarter are expected to be scrapped.) This is not going to stop: the Nazca plate is moving up the Pacific at around 9 cm (3.5″) a year. A Big One will come soon, possibly with an associated tsunami.

So we have a raft of man-made uncertainties topped off with possible natural disasters. Let us assume that, by some miracle, the flash points remain unflashed, the economy turns around, consumer and industrial demand start to rise, and people want chips. It will be incredibly difficult to meet the demand. Even with a relatively flat market, fab capacity is tight, and the forecasts for capital expenditure mean that to get increased capacity will take time – up to two years – before it will have any meaningful impact on demand. In that time, the foundries will hold the whip hand, and their end customers – the system companies – will have to accept increased pricing and that polite word for rationing – allocation.

Trying to be truly objective, I suspect that in the wide world we will have a serious of unhelpful but face-saving compromises, and a similar attitude will be at work in the semiconductor business. Since 1945, that is what has kept us from a world war, or even a major war, so I will cross my fingers and wish you a prosperous and peaceful 2016.