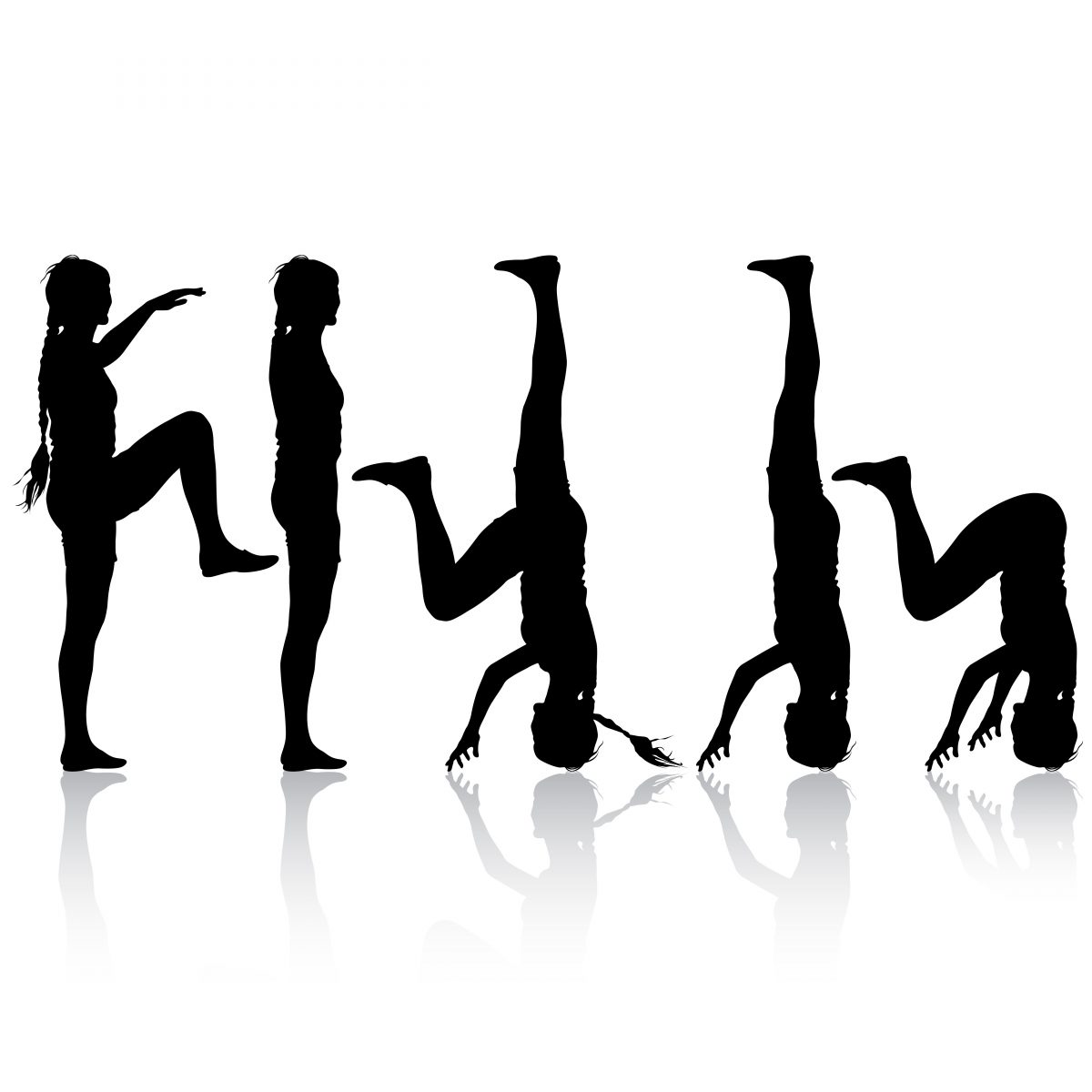 We’ve talked a lot about navigation in the past, especially as it relates to the indoor version, where you can’t rely on GPS. Well, PNI Sensor has made an announcement that turns the conventional MEMS-and-GPS navigational paradigm on its head. Let’s review how things have been in order to see better what PNI is doing differently.

We’ve been navigating with GPS for a long time, and it’s generally considered the gold standard for figuring out where you are. As long as you’re in range of a GPS signal, that is. You can’t always count on it outside; inside, you pretty much can’t get it at all. That whole indoor thing was where the newly popular MEMS motion sensors promised to come to the rescue.

In theory, the sensors could take over when GPS got faint. Hopefully that wouldn’t be for long, since reacquiring GPS would wipe clean any accumulated errors in the MEMS subsystem. That might work for brief outdoor excursions out of GPS range, but indoors, where you might spend an hour or two, that’s not good enough. The cheap MEMS sensors in phones simply aren’t accurate enough to be reliable over the long term without some assistance.

In fact, only recently we talked about gyroscope developments that might finally bring about navigation-grade performance. Except that those probably won’t show up in your phones soon due to incredible cost differences.

So that still leaves phones inadequate for indoor navigation without some other help. That help tends to come in the form of WiFi signals and beacons and other wireless artifacts. If you know where they are, then, in theory, anyway, you can triangulate your position.

That’s more or less the navigation philosophy in place today: use GPS first and foremost, whenever possible. If not, use phone sensors for short distances, or combine the phone sensor inputs with other wireless inputs to fix your position.

This works fine from a pure functionality standpoint. But you know what happens when you finally get something complex working: now we have to start futzing with it to make it better. So what might need to get better with this system? How about the fact that GPS takes a lot of power to read. The always-on GPS sensor drains the battery in dramatic fashion (as those of us that forget to turn off the maps function when not in use find out all too quickly).

PNI has tackled this by reversing a central tenet of the current status quo. Instead of using GPS whenever possible and then using the MEMS sensors during outages, it relies primarily on the sensors, using GPS only when necessary. So this isn’t just an indoor technology (more on that in a minute); it’s outdoors as well.

You’re probably wondering how anyone could do this for more than a second or two given that consumer-grade sensors drift so much. Well, the sensors still drift; what’s changed is that the chip now monitors that drift (or what it thinks the drift is) and assigns a score. If the score gets too bad, then it goes back to GPS to get a new fix and start the error accumulation afresh.

Sounds pretty simple, except for one obvious question: how can the phone figure out what its own score is? Comparing to GPS is an obvious way, but that doesn’t count, because the whole point is to turn off the GPS sensor as much as possible.

So instead, they use a Kalman filter – but here again they turn this on its head. We’ve looked at Kalman filters in the past; in essence, it’s a model that predicts the future. New data points are fed into the model, and the model adjusts its predictions accordingly to accommodate all the real data.

Here’s the thing: the way it’s normally used, it’s assumed that the model is an approximation and that new data coming in is accurate (plus or minus noise). Something that the human brain is very poor at doing. Too many of us fix a model of the world, and, given new evidence against our model, we ignore the evidence in favor of the model. Kalman filters aren’t supposed to be so hardheaded.

Except in PNI’s case. Here their model is considered to be more reliable, and, when data comes in, if the input starts veering away from what the model would predict, then a decision is made that the data must be in error. How much in error is the basis for the score. The Kalman filter doesn’t make a good/bad decision itself; it merely creates the score. The processor determines whether or not the score has deteriorated enough to get a GPS fix.

Using this approach, they were able to eliminate 4 out of 5 GPS checks. So yes, they still use GPS, but only 20% as much as would normally be used. Some power is required to run the filter, but it’s less than is needed to read GPS.

Of course, this raises the question about indoor use. If you still need GPS, then you haven’t solved the problem of GPS’s unavailability in buildings. And it brings us back to that whole question of indoor beacons and wireless signals.

And PNI says that this is still difficult because most beaconing systems are proprietary, with hopping frequencies and such. Until there are beaconing standards, it will be hard for a solution like SENtrace to work indoors. 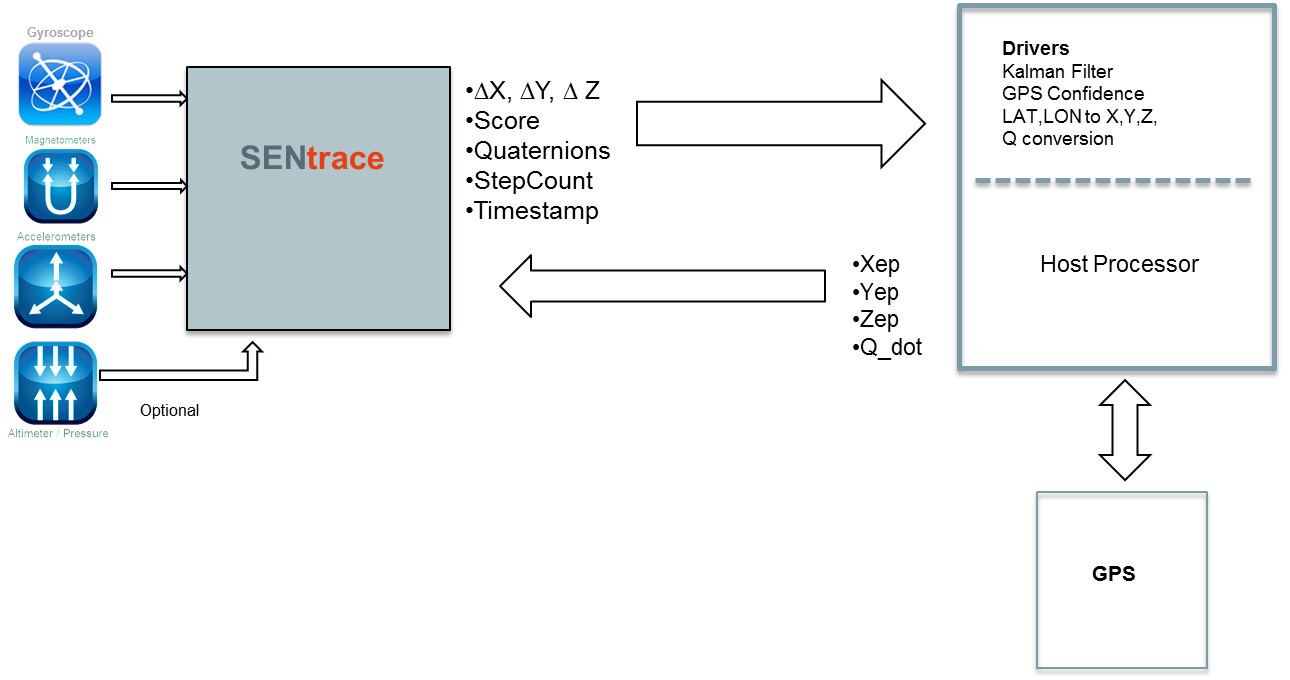 Like the other chips made by PNI Sensor, this one is pretty tiny : 1.7 mm2. It can issue an interrupt to the processor when new data is available, or the processor can do periodic reads (data pull or data push).

While I’m sure they’d be thrilled to get a phone win out of this chip, that’s not their current angle. This is more of a wearable thing, which has far more stringent power demands than a phone does.

One area in which they’re seeing high interest is China, with trackers for children built into watches. This is for parents concerned about kidnappings. Realistically, it may not be able to track where the kids are and radio home – especially if they’re taken indoors – but it certainly allows for an alert to be sent based on algorithms that decide where the kids should be. And that’s an appealing prospect for nervous moms and pops in less secure circumstances.