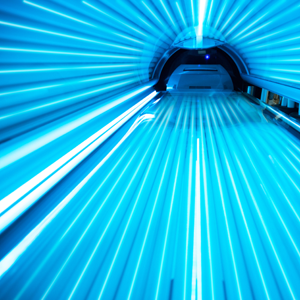 The Business of the Impossible

There aren’t many industries where 15 units qualifies as “a big order.”

For the 14,000 employees at Dutch lithography company ASML, 15 orders for EUV tools is a big deal. Even though that number spans five years and four generations of the company’s EUV equipment, it’s still considered “volume.” Walmart they ain’t.

EUV (extreme ultraviolet) lithography is still is bit space-age and sci-fi for many chipmakers. We’ve been shining DUV (deep ultraviolet) light on our chips for quite a while now, but the limits of that technology are making themselves known. Basically, semiconductor lithography is all about casting shadows onto chips, and the shorter the wavelength of the light, the tighter and sharper the shadows. So we keep edging closer and closer to the short-wavelength, high-frequency, blue end of the spectrum.

That’s swell, but short-wavelength light is (a) hard to generate and (b) hard to control. Like sand in a swimsuit, EUV radiation gets into everything. You can’t cast shadows if you don’t have something to make a shadow mask, and it turns out that EUV light penetrates most materials. You might as well be taking X-rays of tissue paper.

Still, the R&D group in Veldhoven, Netherlands (as well as satellite labs in Connecticut, San Diego, and elsewhere) keep hammering away at it. As mentioned before, they’re on their fourth generation of these tools, so they – and their customers – are getting the hang of it.

Which is a nontrivial point. Lithography tools are finicky beasts under the best of circumstances, but new EUV tools require even more than the usual amount of babysitting and hand-holding to install and operate. ASML says its conventional DUV immersion tools take “a few weeks” to install and calibrate before they’re up and running. The new EUV tools take a bit longer, and come with their own team of FAEs. Apart from the fly-in help, you also get your own airplane. ASML’s tools – like any maker’s lithography tools – are so large and heavy that they require multiple cargo planes to deliver them. Amazon Prime has yet to offer overnight shipping.

The good news is, experience is cumulative. Not only do ASML’s flyaway FAEs get more practiced at installing EUV equipment, so do the customers. Your first EUV installation may take some time, but it gets easier after that.

The bad news is, there are fewer new customers all the time. With industry consolidation, ASML and the other lithography vendors now have fewer new clients to sell to. Instead, one potential client acquires another and, by “leveraging economies of scale,” winds up buying fewer shiny new boxes for its clean rooms. And when your products have seven- and eight-figure price tags, that can hurt. Again, 15 units over five years is considered thriving business.  The other good news: an unnamed American customer recently placed an order for more than a dozen new EUV tools, nicely doubling ASML’s unit count.

EUV is certainly coming; the question is how soon. ASML sees the crossover at the 7nm node, at least for logic circuits. That point should arrive in 2 to 3 years from now. At 7nm, DUV tools are just too “fuzzy” to keep up, and the EUV generation will be in full swing.

Why not jump the gun and introduce EUV sooner? Here’s your billion-dollar business idea for the day: buy a bunch of EUV tools now and get a head start on Intel, Samsung, IBM, and everybody else! It’ll be huge!

Well, good luck with that. The problem is volume. Although you could certainly produce some very good, and very fast, circuits using today’s EUV tools, you won’t be able to produce very many of them. Certainly not enough to amortize the eye-watering cost of the tools themselves. So unless you’re selling your chips at extraordinarily high prices, you won’t make back the money it took to build them. For now.

For comparison, ASML’s latest immersion tool processes about 275 wafers per hour. Its newest EUV tool, on the other hand, can handle maybe 1000 per day. So you’re looking at almost an order of magnitude difference in productivity, never mind the increased cost of capital equipment, maintenance, and materials. The physics might work, but the economics don’t. Chip-making is not for the faint of heart or the modestly funded.

One of the problems, as always, is dust. Conventional photomasks use a clear dust cover, called a pellicle, to help protect the mask itself from contamination. It’s basically a see-through safety net, and it’s designed to be optically neutral. But for EUV, that becomes problematic. At those wavelengths, nothing is optically neutral. So how to trap, block, or otherwise remove contaminants without also interfering with the spectacularly focused EUV beam?

That’s someone else’s problem. Which is to say, most pellicles are supplied by outside third parties, not by the lithography companies or the customers. It’s a whole business niche unto itself, and the same goes for EUV pellicles.

Interestingly, these pellicle providers act as a bellwether for the EUV market as a whole. If EUV adoption is expected to do well, there will be multiple pellicle providers competing for the business (limited though it may be). As optimism grows, so will the number of pellicle providers, which, in turn, encourages chipmakers to adopt the technology, and the virtuous circle continues.

The signs and indicators are all there. It looks like we’re headed for an EUV world in a few years. Which means it’s time to start thinking about what comes after that.

14 thoughts on “The Business of the Impossible”