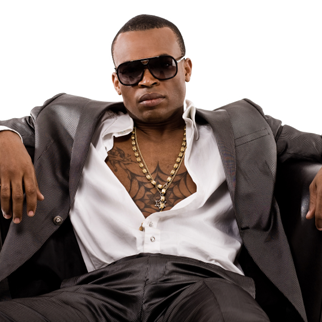 Comedian Steve Martin once did a funny bit back in the 1980s about certain phrases you’ll never hear anyone say, such as “hand me that piano” or “please saw my legs off.” He might have also included “intellectual property.” That’s a term your parents probably never used in everyday conversation. Today, IP is everywhere. We license our books, music, and movies – we don’t buy them anymore. Art is considered IP. Inventions are IP. And, of course, there’s semiconductor IP.

One of the biggest microprocessor companies in the world today doesn’t really make microprocessors. ARM Holdings is a $20 billion corporation – that’s half the size of General Motors – but the company doesn’t make anything. ARM is like a team of architects, designing and drafting drawings that other companies turn into real products. It’s a lucrative business. Or, it can be. And a lot of IP companies want to be the next ARM.

Rambus is a lot like ARM. Same basic business model, same clientele, same sort of revenue stream. The two companies are even complementary in many ways. ARM designs CPUs and related peripherals, while Rambus keeps its focus on – wait for it – RAM bus interfaces. Until recently, Rambus did just what it says over the door: they designed buses for RAMs. The company’s recent acquisitions of Cryptography Research, Unity Semiconductor, and the patent portfolios of various other small fry have suggested, however, that bigger things were in the works.

Say hello to that bigger thing.

Starting right now, Rambus is in the chip business. That’s right: the company will design, build, and sell real, physical chips. You know, like a real company. With their name on them and everything.

That’s kind of a big deal, even if the chips themselves are kind of… well, boring. You see, Rambus isn’t making DRAMs or SRAMs or flash devices or MRAMs or anything exotic like that. Instead, the company has chosen to stick its toe in the semiconductor waters by making a pair of tiny little interface chips that (perhaps predictably) buffer the RAM bus. Some things never change.

Here’s the deal. The latest DDR4 bus specification is complicated. It’s fast, it’s tricky, and it’s hard to make it work properly. That’s a problem for everybody. It’s a problem for DRAM manufacturers, it’s a problem for systems vendors, and it’s a problem for Rambus because it’s delaying adoption of the new DDR4 interfaces – which Rambus licenses for a profit. If system vendors aren’t happy, then Rambus isn’t happy. So it’s in everyone’s best interest to make DDR4 easier to use. A classic win-win-win, right?

One of the delightful capabilities of DDR4 is that you can double-up on the number of DRAM chips on a DIMM, thus doubling the capacity of your module (or motherboard) without doubling the amount of space. One of the vexing problems with DDR4, however, is that such doubling makes the already-shaky signal integrity even worse. Like any fast bus, DDR4 relies on very fast signaling with very low voltage swings. That’s hard enough for a normal DIMM; double the number of loads and traces and you’ve got yourself a signal-integrity challenge of the first order. And when your spiffy new high-capacity DIMM doesn’t work reliably? Good luck debugging that sucker.

What DDR4 users want and need is a little buffer chip to make high-capacity DIMMs work reliably. And can you guess what Rambus has just announced? That’s right, children, the company’s new R+ RB26-DB is a data buffer for exactly that purpose. It sits between your DDR4 memory controller and the DRAMs themselves, reducing the loading on all the high-speed signals that give DDR4 its goodness. Typically, each DIMM would have nine of those chips, one for each DRAM, placed somewhere near the edge connector.

There’s also a companion device, the R+ RB26-RCD (register clock driver), which you’d use for single-density DIMMs where you don’t need the nine buffer chips. Rambus sells its new devices in a bundle. You can get either a single RCD or a bag of ten chips with nine buffers plus one RCD. Pricing is described as “competitive,” which is what you’d expect them to say.

So is Rambus the first to market here? Has the company invented a new category of memory-interface devices to jumpstart DDR4 uptake? Not by a long shot. The new RB26 chips will enter a market niche already occupied by IDT, Texas Instruments, Montage Technology, and others. So… what exactly does the Rambus contribution offer that its competitors don’t?

The Rambus brand name, for one. This is the company that (quite possibly) developed your memory controller’s interface, so who better to design its buffering as well? C’mon, it’s Rambus! This is what they do. The company also says its new RB26 chips have more speed margin and headroom in them than competing devices, up to and including an eventual 2933-Mbps upgrade. Rambus also claims some as-yet-undisclosed debug hooks into the RB26 parts, which should be good news for system designers trying to get their high-capacity systems to work reliably.

So on one hand, the DDR4 buffer business is already established and well defined. A safe bet, in other words. On the other hand, Rambus has never made chips before. This is a big change in the company’s business model. It now has to deal with inventory, manufacturing, cost control, shipping and receiving, and a new sales force, not to mention a completely different customer base. In the past, Rambus licensed its IP to DRAM manufacturers and a handful of chipset vendors. Now, its RB26 parts will be sold to system designers, server makers, and module manufacturers. It’s a whole new ballgame. Why would the company undertake such a big and risky change?

“Growth opportunity” is the polite term the company uses in official communication. And that’s entirely accurate. It’s an opportunity to grow the company’s business outside of its usual, and quite narrow, clientele. There are only so many companies that can license memory IP. Fewer all the time, in fact, as that industry consolidates. Once you’ve licensed every living DRAM manufacturer – which Rambus has emphatically done—what’s left? To corrupt an old saying, you can’t squeeze royalties from a stone.

In order to grow, Rambus has to expand its horizons, and it seems to be heading in two directions. First, the acquisition of Cryptography Research and other patent portfolios gives it a whole new line of IP that it can license to a whole new field of potential customers outside of the memory business. Second, the new hardware business allows Rambus to approach yet another new customer base, this time with a product line that doesn’t require so many lawyers. “You like the chip? Fine. Sign here, and we’ll back up the delivery truck.” Simple.

The RB26 is just a modest start to what promises to be a long-term change for Rambus. Buffer chips are just the tip of the proverbial iceberg. No company gets into the fabless chip business on a lark. No, chip vending is part of the company’s long-term strategy, which will likely include its own IP encapsulated in its own devices. Think cryptography accelerators, SERDES, and interface drivers. Rambus is erecting a new business on the foundations that IP built. You don’t hear that every day.