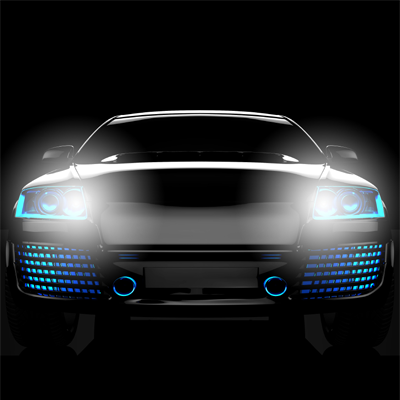 Regulation Versus Technology in Everyday Applications
by Jim Turley

In Egypt, driving is a contact sport. I spent a few weeks there on vacation and was lucky enough to have been refused a rental car. Consequently, I either walked or hired a local cab driver at ridiculously cheap rates. For the equivalent of $50 I could get a car and driver – for the entire day. Good thing.

Although cities like Cairo have working traffic lights, they’re purely decorative. Same goes for the painted lane lines. They’re not even driving suggestions, they’re just pretty, as if someone decided to beautify the asphalt with a large public-art project. And headlights? They serve no apparent function, even at night. We saw, firsthand, cars driving the wrong direction down busy streets, lights off, in pitch darkness. They say the average life expectancy for a WWII tail gunner was about five missions. It must be about the same for Egyptian taxi drivers. But with more screaming.

Which naturally brings me to LEDs and Audis. The German carmaker has started replacing the headlights in its high-end cars with arrays of white LEDs. At first, this seems pretty straightforward. Instead of one big incandescent bulb you have an array of smaller, more energy-efficient LEDs. We do the same thing with indoor lighting all the time. No big deal, right?

Except that Audi’s LEDs all point in different directions. Instead of shining all the LEDs directly forward, they point at slightly different angles: some a little to the right, some to the left, some more upwards than others. Then, as you drive – and with absolutely no input from the driver at all – the car gently switches some LEDs off or on to essentially “steer” the headlights around corners. This also allows the car to automatically “dip” its headlights in the presence of oncoming traffic so you don’t dazzle other drivers.  Pretty slick.

It gets better. Current cars use 25 LEDs, but upcoming models will have more than 150 LEDs, according to Audi’s PR folks. (Mercedes-Benz’s design has 84, splitting the difference.) More interestingly, the whole auto-aiming mechanism depends on some pretty advanced image recognition. After all, how would the car know that you’re about to make a left turn, or that there’s an oncoming car? It resolves these problems with an array of cameras and sensors that can recognize and track up to eight separate objects, including other cars, road signs, and various highway markings. (European versions can recognize, and automatically obey, posted speed limit signs.)

Think that’s spacey? Local rival BMW has built headlights with lasers – frickin’ laser beams! – that pass through a complex array of prisms and mirrors to produce a normal-looking white headlight, albeit one that can be steered and beam-formed in real time. Remarkably, the laser headlights use less electricity than conventional incandescent ones, even accounting for all the control electronics. They’re probably hideously expensive to replace, though.

Innovation is one thing. Getting it to market is another. So far, the US government has banned such high-tech headlights. Or, more accurately, the Department of Transportation (DOT) and the National Highway Traffic Safety Administration (NHTSA) have not yet approved them for road use. That may take a while, given that these agencies are charged with protecting our safety, not promoting our technology. They are institutionally conditioned to be cautious. But that creates a roadblock for inventors trying to drive innovation forward (see what I did there?).

So we have two implacable forces: the high-speed pace of innovation versus the comparatively pedestrian pace (hah!) of government regulation. Which side wins? Well, the regulators, of course, because they set (and change) the rules of the game. We all work within a patchwork of rules that govern our industry and our individual product categories. That’s part of what separates engineering from science and research. Call it the reality factor.

In the case of the headlights, the DOT/NHTSA regulators can’t decide what the approval process should look like, or even what to test. They’ve got tests for current headlights. In fact, those rules are 32 years old. But how do you test next-generation LED- or laser-based systems in a way that (a) tolerates differences in brightness, color, and intensity but also (b) ensures that new lights aren’t too bright, too intense, or come in funny colors? Because you just know that unless the regulations explicitly ban sparkling green headlights, someone will try to market one. How do you set the rules to allow innovation but stop short of permitting crazy corner cases? It must be tough being a bureaucrat.

It gets even weirder for self-driving cars and cars that park themselves (both real things). A recent ad hoc internet conversation centered on a hypothetical case of a self-driving car plowing into a busload of schoolchildren. Does it save the driver or save the kids, killing the driver? Where does its programming’s loyalty lie, and what do Asimov’s Three Laws of Robotics have to say about this?

When the most complex tool we had was a rock, responsibility fell squarely on the person holding the rock. With complicated FPGAs, Internet-enabled vending machines, networked security cameras, and programmable headlights, that chain of accountability gets a lot longer and more complex. None of us is entirely sure anymore where our technical, legal, or ethical responsibilities really begin or end. What do the liability lawyers say? What does my insurance company think? What does my boss tell me?

Maybe it’s a good thing that the regulatory bodies are dragging their collective feet on approving the latest gizmos. It gives us time to figure out if the latest and greatest thing is really so great. Or time to duck for cover. You never know what’s coming around the bend, especially when the road ahead is dark.