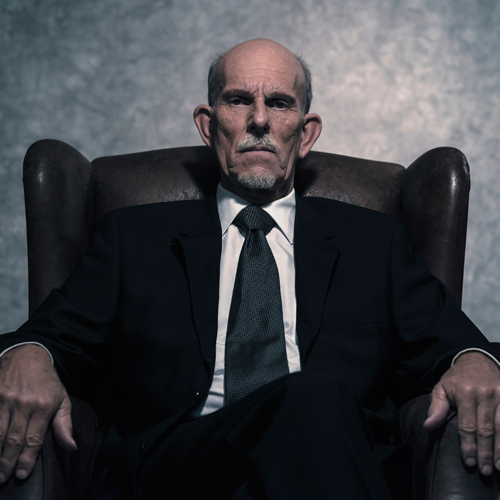 Adding to the Pile of Management-Consulting Advice
by Jim Turley

“Employers only handle the money – it is the customer who pays the wages.” – Henry Ford

So you’ve risen through the ranks of engineering, and you’re about to be promoted. Kicked upstairs. Climbing the corporate ladder. Moved to the corner office. One step closer to Mahogany Row. Leaving the gang behind. You’re no longer the Dilbert, you’re the pointy haired boss. Kudos.

Will you make a good boss? Of course you will! Your spouse was all supportive of your move, right? And your mother said she always knew you had it in you. She even sent you a nice little houseplant to put on your new desk. Your buddies all slapped you on the back and congratulated you. Well, the ones who weren’t passed over for the new job, anyway.

You’re clearly the best engineer/programmer/developer/specialist in your group. That’s why you were selected to lead all the others. It’s the natural progression of things. You’re now the senior technical lead, so therefore, you’re the obvious choice to lead the group. Right?

Let’s assume that’s true. How, exactly, are you going to discharge your new duties? What management skills to you bring to the party? What makes you a steely-eyed missile man and not the quivering space chimp you’re replacing?

There’s a saying in office politics that “what gets measured gets done.” Be careful how you motivate your minions, in other words. If you’re handing out quarterly bonuses based on lines of code written, or the number of gates synthesized, or even the number of bugs squashed, you’re unlikely to be happy with the result. Whatever metric you choose, your underlings will very quickly learn to game the system to their benefit, and quite rightly blame you for corrupting their jobs and destroying their esprit de corps.

Want to pay a bounty for finding bugs? People will create bugs just to harvest them for cash. Judging performance based on lines of source code? They’ll write bulky, slow, inefficient routines to pad their paychecks.

The purity of your motives doesn’t matter, nor the angelic virtue of your coworkers. We’re all trying to be good, honest workers, but when the boss says you get paid for A and not for B, it doesn’t take long before A becomes an all-consuming passion. It’s just how we’re made, like jonesing for sugar when we should be exercising. We see this all the time in sports and games. Sure, we all know the rules of sandlot baseball (pick-up basketball, backyard football, neighborhood whiffle ball, ad hoc tiddlywinks, etc.) and we can have a good time playing those games. But as soon as it gets serious – someone starts handing out a year-end trophy, say – then we begin to subvert the unwritten rules and start looking for loopholes to exploit. Nobody said I couldn’t bring my NFL linebacker cousin to the game, or that the flag had to be tied around my waist so loosely. Where does it say my whiffle ball can’t have a string tied around it, or that exploding tiddlywinks aren’t okay? There’s a reason it’s called “gaming the system.”

Similarly, our first instinct is toward self-preservation. Politicians work toward getting re-elected, to the exclusion of nearly everything else. They’re preserving their jobs, even if that involves ironically ignoring the very duties the job entails. Your staff will likewise place their job security above all other concerns, whether that’s shipping on time, improving software quality, or achieving safety goals. They want to get reelected to their jobs, too. If their compensation, and perhaps even their continued employment, hinges upon making the quarterly number, they’re gonna cut corners to get there. Because you told them to. What gets measured gets done, and currency is the ultimate unit of measure.

Being a good boss/manager/leader isn’t the same thing as being a good engineer. They’re nonequivalent functions; they’re different jobs that tap different skills. In fact, there’s no causal relationship between them at all.

That’s not to say that one person can’t do both. Talent, unlike poker, is not a zero-sum game. You might be good at both. Heck, you might be good at both and be good-looking. Just because you’re the Alpha Nerd doesn’t mean you can’t also be leading the Delta Force. But technical acumen emphatically does not guarantee that you will automatically be good at managing others in your profession.

There’s another common aphorism that “those who can, do; those who can’t, teach.” (And the corollary, “those who can’t teach, write.”) That’s pretty unfair to teachers, and it gets the fundamental truth backwards: teaching a skill isn’t the same as practicing that skill. Lots of successful football coaches were only middling players in their day. Plenty of music teachers can’t compose a song. Lots of the people who own sports teams or computer companies were never very proficient at demonstrating their skills on the field, so to speak. Teaching, training, guiding, leading, managing… they’re all different from practicing.

Your job (okay, one of your jobs) as a freshly minted manager is to decide who your “customer” really is. Are you focused on making your underlings as happy as they can be? Are you guiding them toward career advancement and personal fulfillment? Do you want to see them voluntarily wearing the company T-shirt and chanting the company song every morning as they come in to work?

Or is your allegiance to your bosses in the executive suite? Are you tasked with making your team as “productive” as possible, whatever that means? And if so, how is such productivity measured and does it produce the desired behavior? Are the metrics going to change over time, which your team might consider an unfair resetting of the goalposts?

Or do you serve the customer, the ultimate arbiter of your company’s success? That might run contrary to your superiors’ wishes, or conflict with your team’s own internal goals. If you’re on a mission to transform the company, or even just your small part of it, be prepared for some resistance, confusion, and anger. There’s a fine line between being dedicated and just being a jerk. Many haven’t figured out where that boundary lies. Don’t be that boss.

This Week in CFD
It's a short week here at Cadence CFD as we celebrate the Juneteenth holiday today. But CFD doesn't take time off as evidenced by the latest round-up of CFD news. There are several really... [[ Click on the title to access the full blog on the Cadence Community sit...
More from Cadence...