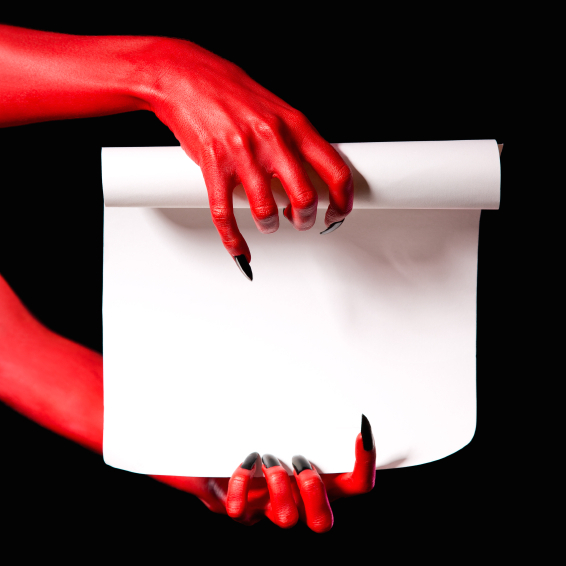 Selling the Soul of Innovation

A technology company has a kind of soul – a manifestation of a tribal culture that has evolved and matured from the earliest days of its founding. Building a bright-eyed startup into a large, successful enterprise requires a unique cocktail of vision, boundless energy, and commonality of purpose that instills upon the team a distinct personality that is evidenced in everything it does.

In countries with, perhaps, a bit more rigor in their application of the English language than the United States, companies are referenced with the plural verb: “Google ARE launching a new product.” This is a subtle but constant reminder that a company is not a singularity, but a collective – a group of people who have come together in a unique way with a shared mission and a particular way of doing things. These people often spend more time with each other than they do with their own families, and their goals, behaviors, and ways of working and interacting are molded by membership in that group. In every sense of the word, a technology company is a tribe.

The rules and norms of the tribe are not written in corporate policy handbooks. They are not the glossy “values” emblazoned on motivational posters with inspirational photos of racing sailboats and eagles, wordsmithed into catatonic cliché and tacked onto cubicle walls with the kind of ceremony one would expect from the emptying of a wastebin. No, the core of a company’s culture is much more powerful and subtle than that, and more deeply ingrained. It is the unspoken commonality that can be felt in everything from the tone of the team’s interactions to the very look and feel of the products and services that they create.

The core value of a technology company is its people – not a portfolio of patents, a gleaming manufacturing line, or a well-respected trademark. It is a composite rendering of the commitment of those who spend their hours and days collaborating to create something new. For the essence of modern technology – and the only real product of any technology company – is change.

Every technology company serves three masters. First are the employees – the people who form the fabric of the company by giving their precious time and talent to the pursuit of innovation in exchange for security, recognition, and a sense of belonging (okay – and monetary compensation, too). Second, of course, are the customers. Any company that does not deliver sustained value to its customers will quickly die. The customers are the almost-silent partners in the realization of the soul of the technology company. They share the vision and inspiration of the tribe. They are the reason the tribe exists. These first two groups, the employees and the customers, complement each other, connecting the circuit of innovation and value with a symbiotic yin and yang relationship that constantly fuels progress and refines the collective vision.

The last group, unfortunately, is the shareholders.

When a technology company goes public, it mortgages its soul to an unknowing, unfeeling loan shark – with a set of terms and conditions far too shameful to ever be inscribed in the harsh light of a contract. The shareholders lend the money that helps a company grow and thrive, but their interest rate is infinite. There is no return on investment that is ever adequate, as the rules of the contract demand a “fiduciary responsibility” where nothing less than the absolute maximum return is required, and any means up to and including the sacrifice of the company, its technology, and its customers is expected.

The first two groups see the company the way many people see their pet, as an adjunct member of the family who both gives and takes, whose personality and identity are respected, and for whom considerable sacrifices would be made. Shareholders see the company as livestock, who are fed and maintained only until the time when the value as meat outweighs the ongoing cost of sustenance.

Most shareholders do not see the souls of the companies they own. They do not understand the contribution to innovation, the customers whose needs are served, or the employees who toil endlessly in the pursuit of a common goal. Often, they do not even know the names of the companies whose ledgers their idle funds seek out – obscured and abstracted away by massive institutionalized managed funds with no common goal other than a shared strategy for optimizing financial gain while minimizing taxation.

This year, numerous technology companies have been served up for slaughter. Some deals are already done, some are in progress, and a host of others are rumored to be in play. In the very best of circumstances, the souls of these companies are lost, the interests of the customers and employees are trashed, and the advancement of technology takes a step backward, their fate forced by the investors – the only group with virtually no understanding of the real value of the companies whose souls they dispatch into oblivion.

The transaction is simple and heartless. Your company’s value is set by the market – by the larger pool of investors. If the investors think you are worth $40 per share, but a competitor is willing to offer $50 per share to kill you, off to the gallows you go. This transaction is always on the table, and it’s never a fair fight. Your competitors have a deep and intuitive understanding of your value, and they are bidding against your investors who, by and large, do not even know your name. Every publicly traded company is vulnerable, and it’s a strange kind of shark-eat-dog counter-evolutionary anomaly of the rules of the game where the successful and promising are ultimately penalized, their threat to larger competitors so great that the bounty on their heads exceeds what they can reasonably earn in the short term.

It is not always this way, of course. There are numerous examples of technology mergers that worked out for the better – where the new thing was truly superior to the sum of its parts. But the vast majority of mergers serve the interests of nobody and nothing except the short-term profit. Technology history is piled high with the corpses of innovative companies that were bought and forgotten – the vision and creativity of their former splendors dispersed and diluted into nothingness in the vast abyss of corporate conglomeratia.

Some will say that this is simple survival of the fittest – a painful but necessary vetting process that prunes the weaker branches so that the stronger may bear fruit. It would be glorious if that were true. But the arbiter in this judgment is not blindly balancing the scales of the greater good, it is preying upon the simple greed of the unknowing and the uncaring.

We should not blame the financial community – the fund managers and institutions who act as the agents of this macabre machine. They are simply carrying out the contract that was signed by the visionaries themselves when they made the decision to “go public” – to offer their inspiration, genius, and dreams as collateral in a soul-sucking original sin of greed. They made the ultimate choice to embark on this path, and the sad consequences we witness at the end are simply the almost-inevitable result of their choice.

3 thoughts on “Selling the Soul of Innovation”