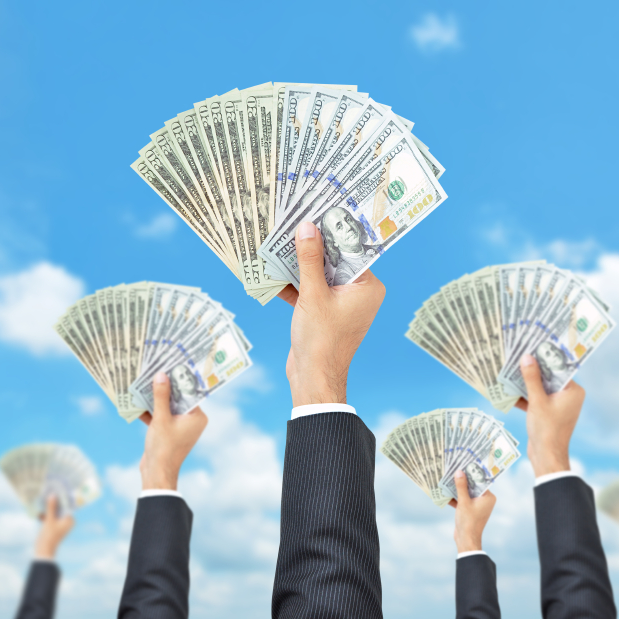 Let’s Get This Party Kickstarted

Is Crowdfunding a Good Option For Your Million-Dollar Idea?
by Larra Morris

“More ideas are lost than found.” That was Maker Faire co-founder Dale Dougherty’s response to a reporter’s question about intellectual property concerns in the show-and-tell environment of the World Maker Faire (quoted in Kevin Morris’s terrific article about the faire). This simple statement seems especially true in the world of engineering.  How many ideas for new projects, new start-up companies, and new inventions never make it out of their would-be inventor’s brain? The electrical engineering industry has probably produced millions of lost ideas. Some of these lost ideas may be better off never becoming a reality, but it’s almost certain that there are some truly brilliant or even genius ideas that never come to fruition.

Getting a new idea off the ground can be particularly difficult in this industry, where the inventions and innovations tend to be technical and complicated. Trying to find investors and funding for a project is no picnic for any inventor or innovator, but it can get especially tricky when you’re trying to explain complex electrical engineering concepts to, say, the panel on “Shark Tank.” Breathing life into a new idea is hard work, and the traditional path to actually bringing the thing to life can be too exhausting for many to see through to the end. And after doing all that work, you might find that you’ve already given a large percentage of ownership over to a venture capitalist, on top of the other large percentage you gave to the guy who helped you put together your PowerPoint slides and pitch the idea in the first place, so that you own only a very small part of your own project (and that’s only if you’re one of the very lucky few who manages to get funded at all).

But wait! We are now in the exciting era of crowdfunding! Could something like a Kickstarter project be the great, new, non-traditional way to make your idea a reality?

As a brief bit of background, Kickstarter (and other crowdfunding platforms like it) allows an inventor (or performer, artist, or other idea-haver) to seek funding for a project. You make a page explaining your idea and set a funding goal within a specified time limit. People who visit the page can then decide to become project backers and pledge money to make the idea a reality. Once the money pledged equals the funding goal, the project is funded — the backers’ cards are charged and you get the money to start your project. Kickstarter collects a 5% fee from a project’s funding total if the project is successful (and processing fees usually take up another 3-5%). If the funding goal is never met, you get nothing (and the backers lose nothing). You retain 100% ownership of your idea (Kickstarter does not allow project starters to give away ownership of the idea to backers in exchange for funding). Kickstarter currently boasts over 70,000 successfully funded projects with over 1.33 billion dollars pledged to those projects from over 7 million backers.

While Kickstarter is perhaps best known for its role in funding artistic projects (independent albums, books, perhaps an online TV series or a movie or two) or fun “toys” like the 3D Doodler pen, it has also helped to fund engineering projects like a custom circuit board mill (The “Othermill” from Other Machine Co.) and a circuit board printer and assembler that uses conductive ink (“Squink” by Botfactory).

At Maker Faire, I was able to speak to several successful Kickstarter project creators who were showing off their inventions at the Faire, and I asked them about how crowdfunding a project had worked for them. Despite the fact that this was a select group of very successful creators who’d had their projects (and, in the case of some groups or individuals, multiple projects) funded, all of them were in agreement that a Kickstarter project was NOT a get-rich-quick scheme. While for most of these people and teams Kickstarter was the difference between the idea actually existing out in the world and never being realized at all, no one looked back on their crowdfunding project as their quick route to millions. Instead, most of them talked about their Kickstarter project as a great beginning: the initial launchpad for their idea or company.

Many of the creators I spoke to said the primary benefit they derived from their successful Kickstarter project was that it brought attention and buzz to their idea. People knew about the project because it had been on Kickstarter. All the press and attention that came from having a project on the site had been what truly benefited them the most in trying to start their new companies (in some cases even more than the funding they received). A few of the creators said that they were able to get much larger investors to come onboard only after they’d completed a successful Kickstarter campaign and proved that there actually was an interest in and market for their idea. This proof of interest can be especially important for more technical, niche, or “out there” ideas. The answer to “who could possibly want this thing?” then becomes, “well – all these people who were interested enough that they funded it.”

While these creators had obtained the funding they asked for and a big PR boost from having a successful Kickstarter project, they also talked about the challenges and pitfalls of trying to crowdfund a big idea. Many of them said that they had underestimated how much the project would cost. The estimation problem was especially burdensome when it came to their backers’ rewards. On Kickstarter, people who help fund a project get rewards that scale up with the amount they pledge. So, for example, a pledge of five dollars might get them an enthusiastic “thank you,” while a couple hundred bucks earns them a copy of the new album or book they’re helping to fund, and several thousand can garner some kind of special, VIP-type reward.

Underestimating the costs of backers’ rewards appeared to be a common problem for many of the Kickstarter project creators. Quite a few project funders ended up getting a screaming deal on some of their products while the creators took a loss and spent a long time toiling away to meet their obligations to their backers. (One creator told me that, over a year after the project had been funded, his team had finally – FINALLY! – gotten their last unit out the door to fulfill their backer obligations, and another creator, overhearing, yelled “Whoohoo!” in solidarity and offered him a very congratulatory and understanding high-five.)

Sometimes the challenges and costs of backers’ rewards didn’t just come down to underestimated costs. Figuring out backers’ rewards can be especially tricky for more technical or expensive projects where it’s more difficult to come up with a fun, meaningful reward for people who aren’t pledging a large amount of money. One project creator I spoke to had Kickstarted a spacesuit design project. He and his team felt that, since the project was to build spacesuits, the reward for the highest-level backers really should be one of their suits. The problem was that Kickstarter’s highest pledge tier is $10,000, which wouldn’t even cover the cost of materials for one of their suits. So one lucky backer ended up getting a fantastic deal on a spacesuit.

Another creator pointed out that giving backers such a great deal (intentionally or unintentionally) on their product could cause expectation problems for future buyers and investors down the road: “We saw on Kickstarter that people who pledged $100 got one of your widgets. So we expected your widgets would cost $100. Now you’re charging almost double that!”  This creator had to explain to future prospective buyers that those initial funders had gotten a huge discount because they’d come in on the ground floor and helped his team realize the initial idea and that the special discounted backers’ rewards didn’t reflect the true price of the widget.

But not every creator got tripped up by cost estimation problems or a long, exhausting push to get backers’ rewards out the door. Some creators had been able to accurately estimate the cost of realizing their idea and the time it would take to fulfill their backers’ obligations, got their backers’ rewards quickly out the door and into the hands of their happy funders, and were now happily contemplating the next steps for their company — perhaps another Kickstarter project. (Other creators greeted the idea of starting a second Kickstarter project with an “oof!” accompanied by a thousand-yard stare.)

Crowdfunding a project is really the beginning of getting an idea off the ground, not the end. Kickstarter is the place to launch an idea, not to get rich quick. A successful Kickstarter can bring attention and press to your idea and lead to even more serious investment and funding down the line. But there’s also the potential to lose money fulfilling obligations to your backers if you underestimate the cost of realizing your idea. But even with its difficulties and pitfalls, it may be worth considering as a potential new way for the products of an engineer’s ideas to be realized instead of being relegated to the virtual landfill of things that might have been.

4 thoughts on “Let’s Get This Party Kickstarted”