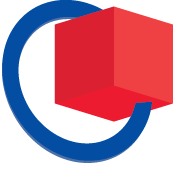 Building the Internet of Things

Q: What is the Internet of things, Mr Salesman?

A: Whatever matches my product range.

Perhaps that is a little jaundiced, but after three days in the circus that is embedded world, fighting though the aisles with nearly 27,000 visitors and on Thursday over 1000 students, one can easily become jaundiced. It is possible to forgive those who are strolling so that they can see everything, almost possible to forgive those who also drag along bags on wheels that are big enough to smuggle out a body, but the ultimate hate is reserved for those dragging such bags and texting at the same time. Since we all know males are not designed to multitask, texting and dragging a bag requires a man to walk so slowly that he is very close to stationary. And these guys are always in the aisle that you need to rush down to get to your next meeting. AAARGH.

Before we look at the Internet of Things (IoT) – I saw that there was a very clear secondary trend: companies are extending their range of activities. It has been some time since distributors were merely box-shifters. They all now have a wide range of services, including reference designs, evaluation kits, and even on-line PCB layout tools that drop in the footprints of components and produce your Bill of Materials from their stock lists.

It was interesting to see Cadence, the Chip Design tools company, with a large presence.

Cadence kicked off the show with a press briefing that aimed to answer the question, “Why is Cadence at an embedded event?” They explained that they were there because they are serving a chain of activity that merely starts with chip design (“Silicon Realisation” in Cadence-speak). It extends up the design chain to “System Design Enablement”. The thinking has two prongs. The first is that Cadence’s customers, who design and manufacture chips, will need to support their own customers with tools for making functioning systems. To do this, Cadence is providing not just the silicon Intellectual Property (IP), including Tensilica processor cores, communications interfaces, etc., but also the supporting software. They are also working with third parties to make sure that compilers and debugging tools are available.

Perhaps more interesting is the second prong: Cadence is now working with companies who are running the entire cycle from chip design to finished product for public sale. The names involved are, initially, a surprise, but when you see the specific names on the slides are Apple and Google, it all drops into place. The IoT duly made its appearance on the slides with automotive applications, which Cadence sees as a subset of the IoT.

Automotive applications were, in fact, another secondary theme. The message from many of the tool makers, particularly those working in code analysis and verification and debugging, is that the Tier 1 suppliers – those who sell to the actual manufacturers of cars (OEMs) – are demanding that their own suppliers have to demonstrate compliance with ISO 26262 – Road vehicles – Functional safety.  ISO 26262 is not yet mandatory anywhere, but compliance with it will demonstrate that the systems are being developed in accordance with current best practice. This extends to developing software in accordance with the MISRA or other coding guidelines and demonstrating this through the use of static code analysis. In this context, Toyota and the courtroom attacks on the quality of its software were regular undercurrents in these discussions. Tool companies Vector Software and LDRA were among those who announced approaches to help with this issue. Vector has a global services division, with an office in Munich, the centre of European Automotive development and manufacture, and LDRA has launched a 26262 Compliance management tool.

But back to the Internet of Things. It was clearly something that had a considerable grip on exhibitors and visitors. Virtually every press release and invitation to a meeting or to a press conference mentioned IoT. The keynote speech, by David Kleidermacher of Green Hills, was called Securing the Internet of Things and was packed out. But just what is the IoT? As always, there are those who are convinced it is just marketing hype: “It’s just another name for M2M”  “The Internet has always been of things.” Well certainly, while there is enough marketing smoke and mirrors to hide the whole of Silicon Valley, and there is no consensus on a definition (even the two speakers at the Silicon Labs press conference couldn’t reach agreement), there is emerging from the smoke a recognisable outline.

At the edge of the IoT are the “Things” – devices that interface to the physical world, such as sensors or actuators. These are often very simple – for example, a Thing that is a light sensor and a communication link might just report when the light changes, or it might be interrogated about the level of light. Things may be more intelligent, with a microcontroller to carry out autonomous actions or do some data processing before transmission.  In the home environment Things might be the washing machine texting to say that it has completed the cycle and it is time to empty it, or a sensor telling you that the baby needs changing. (Not a joke- Google it and see!)

The next level is a gateway to link groups of things to each other and to the cloud or other parts of the wider world, over the Internet. This is where the discussion gains momentum. One school of thought says that the gateway will be a cable modem or broadband modem, or a wifi hub, particularly in domestic/consumer applications. Others argue for a dedicated unit, especially in industrial applications (where industrial includes such things as building automation). At the heart of the debate is whether the gateway merely passes information from the thing to somewhere else, or whether the gateway carries out actions on the data.

The final level of the IoT is in the cloud, where the information from these sensors, the work of the actuators and all the other data from the world, is stored, amalgamated, analysed, and distributed by servers.

Now you don’t have to be a marketing genius to imagine how different companies will represent their model of the IoT to match their product offerings. Those specialising in low energy products will be targeting the Things. Others with more powerful processors are specifically looking at the servers in the cloud. But of course they also explain how their product range covers the wider picture. Intel – which dominates servers at the moment – is pitching the Quark processor at Things.  Low energy specialist Silicon Labs explains how even servers need low power. And, naturally, those implementing a wide range of products around the ARM architecture explain how the same architecture from top to bottom makes for easier implementation and improved interoperability. Obviously, Intel makes the same argument.

But it wasn’t just the hardware people. Wind River – which still seems to have a strong independent existence, despite being part of Intel – launched VxWorks7 as the RTOS for the Internet of Things. The start of the justification for the claim is that the RTOS is scalable, with a VxWorks7 MicroKernel for the Things. Despite being small, it will support multi-core or other multiple-processor architectures. The standard kernel runs on for larger elements. Wind River, like Green Hills, talked about security as a significant feature of VxWorks7, along with a range of graphics stacks, interface protocols, and application packages from Wind River and third parties.

The way in which the Things communicate was also discussed. While for many people there seems to be an assumption that variants of the Wifi standards for wireless and Ethernet for wired are the way to go, there are some other contenders. Some people see Bluetooth as coming up strongly, while for others Zigbee still has a lot of life. (Ah, Zigbee. I remember when it was a just small, simple point-to-point protocol for turning lights on and off. Today there is an extensive family of strapping profiles for a wide range of applications.) Another name that was, at least to me, a blast from the past, is Echelon. Started as a company to push LonWorks as a protocol for household device control that was a long way ahead of its time, it has now established a deployed base in industrial markets, which they define as smart grids, smart cities, and smart buildings with IP, chips, and interfaces to other protocols

On Semiconductors was demonstrating an intriguing communication medium, LED light. High frequency toggling of an LED can produce a low-band-width signal that can be captured by a small addition to a mobile phone.

Imagination Technologies, the IP company best known for its graphics processing IP, but whose purchase of MIPS has moved them firmly into the processor IP space, was talking about the new FlowCloud Platform. I must confess the word platform is one that always leaves me suspicious, but FlowCloud is a very interesting attempt to provide a way of building and managing networks of devices connected to the cloud. It interfaces with the applications and has options for radio and wired communications, and for funds transfer and music streaming.

How the Things should be powered was a regular topic, but again there wasn’t much consensus. Some applications are going to require ten or more years of life without the option to change the battery. Energy harvesting was seen as one solution by some, while at least one person dismissed it out of hand. Others felt that, with the very limited power drawn by applications running mainly in sleep mode with only occasional wake-up states and implemented on ultra-low power chips, the coin-cell format and advanced battery technologies were going to be able to cope.

During the three days I spent within the Nuremberg exhibition complex, I also spoke to a lot of people who helped me spot the trends. If you spent time with me and are not mentioned, your input has been really valuable and you may see results in other articles later this year. There is just a short footnote. Like most people in engineering, I like toys and gadgets, and the Escatec booth was a treasure trove. The company provides design, implementation, and manufacturing for products from specification to final manufacturing in both Switzerland and Malaysia. Two things were covetable. One was a torque wrench with electronics to set the torque and measure when it is achieved. Despite it’s being nearly twenty years since I had a car that I can understand enough to get my hands oily, this brought on an attack of lust just by the way it looks: metal and plastic grips and neat little controls and displays. The same reaction was caused by a Bang and Olufsen BeoTime alarm clock. Google it – it is even better in the metal.

I have been visiting embedded world for over a decade, and after each show I always have the same reaction – What a fun industry to be involved with.

3 thoughts on “Building the Internet of Things”