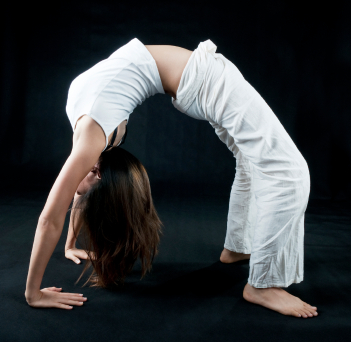 Plays to its Base with AD14
by Kevin Morris

The headline new feature for Altium’s newly released Altium Designer 14 (AD 14) is “Rigid-Flex Support.” True, rigid-flex is there, and it’s cool, but the headline might lead the casual reader to miss some very important changes that are happening at Altium. Altium has a new focus and a new mission these days. The Altium folks are going back to their roots, playing to their base, and trying to re-establish a strong partnership with the engineers the company was created to serve – the common, hard-working, in-the-trenches, everyday designers who are trying to create cool stuff but who don’t have the resources for the fantastically-expensive, enterprise-oriented PCB solutions from the likes of Mentor and Cadence.

For the past several years, Altium has been a bit like that genius ADD kid in the back of the classroom – full of brilliant ideas, but not at all focused on what is going on in class at the time. Altium has suffered from, if anything, an excess of forward-thinking vision – leading their customers with fascinating new design paradigm ideas and features, but failing them somewhat in delivering rock-solid implementation of the day-to-day, pedestrian PCB design capabilities needed for plain-old place-and-route. The rub on the street about Altium was that they were too focused on the flashy and not enough on fixing old bugs.

Altium has fundamentally changed their philosophy, however, and Altium Designer 14 is the first concrete example of that change. Now, the company says it is focusing on listening to their customers rather than leading them. They are focused more on doing the current job well, and less in adding fancy new capabilities that make an exciting demo, but are less-than-useful in the average designer’s day-to-day design job. Altium Designer 14 has a huge number of bug fixes and process improvements that are sure to delight (or relieve) current users, but that don’t make great “new release” headlines.

Why then, are they leading with “Rigid-Flex Support”?

It does sound like one of those flashy new features that the “Old” Altium would have bragged about, and that only 1% of actual users would want or need – for a couple of years anyway. However, the company says that this feature was actually the most-requested by their user base, and it was accompanied by a large number of also-highly-requested bug fixes and improvements aimed at the 99% who are “just trying to get their dang board routed, thank you very much!” Reading user reactions on forums and other hangouts, it appears that AD 14 has made some good headway on that front as well.

Many designs today require, or can benefit from, rigid-flex design. Open up any mobile phone or tablet and you’re sure to see flexible PCB parts, flex boards used instead of expensive and failure-prone connectors, and embedded components (which require some of the same layer-stack manipulation capabilities as rigid-flex design). Of course, most of us aren’t designing ultra-volume consumer applications like mobile phones, but the advantages of rigid-flex design flow down to many more common systems as well.

In Altium Designer 14, you can configure the layer stacks for both the rigid and the flexible portions of your multi-board design, and the rigid-flex capabilities dovetail nicely with the company’s already-well-established 3D design and visualization capabilities. It’s nice to know that when your design folds itself in half, the components sticking down from the top won’t bump into the ones sticking up from the bottom, and that the whole thing will slide nicely into the enclosure your mechanical guys have developed – without melting the case. It’s also nice to know that the fabrication house will have a video animation showing clearly how the rigid-flex board is to be constructed – eliminating any ambiguity in this standards-starved area. With so much design and fabrication being done in different countries with different languages and cultures, the possibility of miscommunication is high. A simple video is truly worth a thousand (often misunderstood) words.

Altium is in a tricky space in the PCB market. The market is divided into two strata – the high-end “enterprise” solutions from companies like Mentor, Cadence, and Zuken cost from tens to sometimes hundreds of thousands of dollars per seat, and they include robust features for large-enterprise deployment including complex corporate library management and design-rule checking, high-end signal- and power-integrity capabilities, and more. The low-end “desktop” solutions range from a few hundred to a few thousand dollars per seat, and they are tailored more for the individual designer or the small team. Mentor, Cadence, and Zuken also each offers a “desktop” solution for the low end.

Altium is unique in that it offers many “enterprise” features in a system that’s closer to “desktop” pricing. Since the company doesn’t have an “enterprise” system of its own, it doesn’t have to worry about cannibalizing high-end sales by putting too many features into the low-end product. In theory, this should play to Altium’s advantage, since they could either out-feature the other “desktop” solutions without fear of cannibalizing the high-end, or they could offer a much lower cost alternative to “enterprise” solutions.

To date, however, this advantage hasn’t played out in practice. Mentor, Cadence, and Zuken’s high-end customers remain tightly wedded to their platform of choice and have little incentive to take the risk and expense to switch these heavily-entrenched tools from their corporate CAD infrastructures. Low-end customers are flighty and can always jump ship for an even cheaper solution such as Cadsoft Eagle. Trying to balance between low enough pricing to retain the Eagle crowd (which is filled with hobbyists and other decidedly non-profitable demographics), and high enough capability, stability, and robustness to siphon off some of the “enterprise” Mentor and Cadence loyalists is a daunting task.

Altium has built a very large customer base over the years – with more seats than most of their high-end competitors, but much less revenue to show for them. Those “more seats” require more support and more hand-holding, and that support must be provided for a sometimes less-sophisticated audience. All of this requires cash flow and human resources, and there is no easy answer other than finding new and better ways to earn money. Altium has decided that the way to earn more money is to listen more carefully to their customers, and to be more responsive to their needs. AD 14, they say, is the first major step in that direction.

Rigid-flex support is a very nice bonus on top of that.

10 thoughts on “Altium Bends Over Backward”