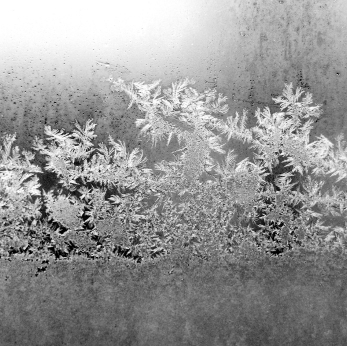 Chilly Reception at the Junction

Hypres recently announced an upgrade of their commercial superconducting circuit fab from four layers to six.

OK, whoa whoa whoa whoa there… If you’re like me, you got lost at “superconducting circuit.” I mean, aren’t superconductors mostly for research labs? And MRI machines? And the occasional showcase public transit system? And SQUIDs*? And the perennial press release about how someday we’ll have practical superconductivity at room temperatures?

Apparently not. There’s something stirring in the cold, cold world of superconductivity. More than might be apparent if you’re not involved in that rather specialized domain. So I thought it would be interesting to look into what the heck a superconducting circuit even means.

That involved first getting a better understanding of superconductivity. More than just, “resistance goes away and electrons flow using the buddy system.” Pulling various things together, here’s what the deal seems to be.

Electrons don’t normally hang out together, what with them having the same charge and all. But as they flow through a lattice, they attract, ever so slightly, the positive ions in the lattice. This creates a denser positive charge density in that vicinity, which starts to look good to some other electron even though there’s already a competitor there. So two such electrons can tentatively bond as “Cooper pairs.” (The more official explanation is quantum in nature, but as such, is probably unintelligible and looks like someone threw a box of rare mathematical symbols at the wall. But it’s an electron-phonon (lattice vibrations) thing.)

This works only at low temperatures, because thermal bumping and jostling can easily break the tenuous rapport. And the two still don’t like each other a lot, so they may be on the order of a hundred nanometers apart, and other Cooper pairs may comingle with them. They also have to have complementary spins. (Something somewhere said they also have equal and opposite momentum, but momentum has a direction, which would suggest they’re moving in opposite directions. That doesn’t quite smell right … Most likely I’m missing something obvious.)

This isn’t about a bunch of errant electrons suddenly pairing up and doing roll call and then marching in unison, however; that would be far too orderly for a quantum effect. No, it’s just a preferred energy state, and electrons can pop into and out of it.

The equivalent of a transistor in this world is the Josephson Junction (JJ). This involves two superconducting films – niobium seems to be the preferred material – separated by a gap. This gap can consist of a thin insulating layer, a layer of non-superconducting metal, or a thin, weak superconducting connection.

An insulator seems most prevalent, and Cooper pairs can tunnel through. This happens in-phase, although by adding a ferromagnetic layer, you can get tunneling that’s 180° (or ? radians) out of phase; these are ?-JJs. There was even some research where a specific, arbitrary phase relationship could be designed in; these are ?-JJs.

JJs can be used in circuits, although looking at what’s out there has pretty thoroughly convinced me that anything I know about regular circuits may not be useful for superconducting circuits. For example, you can hold a current in a loop. It just sits there flowing around and around… This can be used as a memory state. Seriously.

This all works because, below a material-specific critical temperature and current, there is no IR drop along the wire. So a current, left unimpeded, can flow and flow with nothing to stop it. Once you exceed the critical current, IC, the voltage drop wakes up and accelerates, ultimately catching up to the straight-line relationship with current that we know as Ohm’s Law.

Bear in mind that it’s only in the interconnect that no energy is lost. A JJ-based circuit will dissipate power, although not much: a JJ-based switch will require about 10-19 J to change state. In fact, Hypres says that the net power consumption, including the energy required to cool the circuits, can be less than what traditional silicon might require.

So why aren’t we dropping CMOS like we would a hand that we inadvertently pulled off a Walker? Because circuits of the density of CMOS are nowhere close to possible at this point.

Analog circuits are more common and can be made to work at “high” temperatures. Those are “high” only for those who’ve been stuck in the lab for too long. To the rest of us, this means liquid nitrogen temps – like, 75 K (Kelvin, not thousand) – still on the nippy side.

Digital, by contrast, requires that things be cold by anyone’s standards: the liquid helium range. Like 4.5 K. Digital has had a harder time finding a good commercial embodiment for power reasons, although this is changing.

The predominant approach has been called “rapid single flux quantum,” or RSFQ, logic. Hypres’ CTO Oleg Mukhanov was a co-inventor of this technology. These circuits work by injecting pulses – SFQs, or single flux quanta, through a series of switches and “decision-making pairs.” I’ll be honest: looking at these circuit diagrams is like my trying to read cuneiform.

RSFQ circuits can be configured to do useful things, but they require a substantial biasing resistor network that consumes a lot of static power – far too much for commercial use. There have been a few different approaches to improving this:

All of these methods claim to reduce power by a couple of orders of magnitude. Hypres uses the latter two and appears particularly focused on eSFQ. To be clear here, we’re talking a whole different level of performance than we CMOS folks are used to: ICs clocking at 40 GHz in the field (100 GHz in the lab). Particularly useful for A/D conversion of RF signals.

While there are several research and government labs working with superconductivity, Hypres is the only commercial fab. They’ve been doing digital superconducting circuits using up to four niobium layers; their recent announcement increases that to six, thanks to new planarization steps. They can see taking this to twelve in a few years. These layers are only for interconnect; the active devices are still planar. They’re also looking at multiple active layers in the future.

You might wonder what you might do if you bought one of these chips, since they won’t work at room temp. And this is actually an issue: a receiver chip could be sold for under $100, but it’s a tough sell due to the whole cooling thing. So they package everything up together, cooling included, into a complete solution that can be plugged into the wall. And that packaging doesn’t come cheap: the “refrigerator” (Subzero suddenly sounds so… medieval) can cost in the $10K-$20K range.

They’re also not quite as huge as you might think; units tend to be the size of a microwave oven or a pizza box. Bigger than your old 24-pin Skinny-DIP, granted, but much smaller than what I’ve imagined. (Not sure why I was imagining something big, since a big space is harder to cool…)

So that’s the story behind Hypres’ announcement. There seems to be a whole other world going on here, a chilly counterpart to our silicon world. If things continue to evolve and if the circuits become more prevalent, we’ll come back and do a deeper dive.

For now, I’m ready to go back inside, take my parka and boots off, and warm up by the fire with a nice hot toddy.

*Superconducting Quantum Interference Device. Used for what are said to be the most sensitive magnetic sensors in the world.

13 thoughts on “Chilly Reception at the Junction”